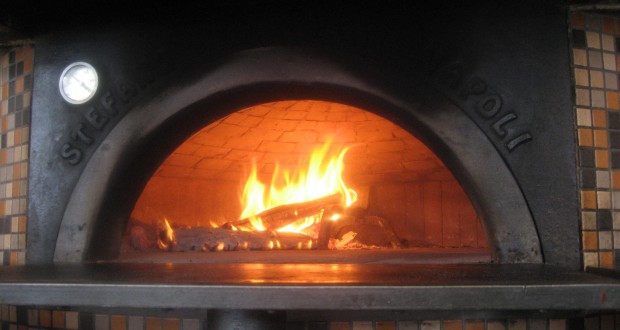 If you’ve been reading this site on a regular basis, you’ll know that last month my friends and I embarked on a little New Jersey pizza tour. We started off by visiting a few of the state’s classic pizza places: Santillo’s (639 South Broad Street) in Elizabeth and Star Tarven World Famous Pizzeria (400 Hight …

Summary : This family friendly Neapolitan spot is a solid suburban pizza option. Make sure to try the Pizze Di Montclair.

If you’ve been reading this site on a regular basis, you’ll know that last month my friends and I embarked on a little New Jersey pizza tour. We started off by visiting a few of the state’s classic pizza places: Santillo’s (639 South Broad Street) in Elizabeth and Star Tarven World Famous Pizzeria (400 Hight Street) in Orange. Then it was off to a couple of newer places, the first of which is a baby when it comes to the New Jersey pizza scene: Ah’ Pizz (7 N. Willow Street). 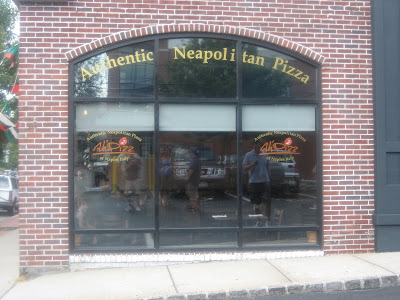 The Neapolitan pizza joint opened in February in Montclair and has been garnering rave reviews ever since. Instinctively, I wanted to compare Ah’ Pizza to Neapolitan places in New York City like Paulie Gee’s and Roberta’s. Their pizza is similar. Their prices are similar. But the atmosphere couldn’t be more different. Both of the aforementioned New York City pizza places (in addition to Motorino, Co, and others) put a lot of thought into creating a certain environment for their diners. They are catering to a specific clientele and the owners want the ambiance to be part of the pizza experience.

Ah’ Pizz feels like it would be best suited for a child’s birthday party. The floor to ceiling glass windows look out onto a parking lot and suburban street. There are flat screen televisions along the walls. And the floor looks like the space was converted from a previous tenant — say McDonald’s? I’m accustomed to the warm, rustic feeling of many of New York City’s Neapolitan pizza places. But in Monclair, you must cater to families, not hipsters. 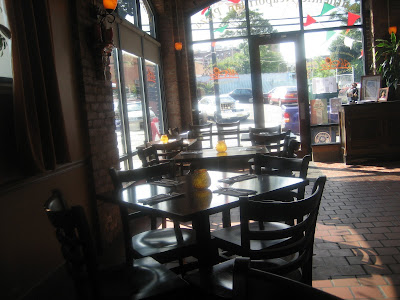 At the end of the day, none of this matters as long as the pizza is good. For most of the people in our group, Ah’ Pizz was the highlight of the day. The pies are baked for 90 seconds at 1,000 degrees in a wood oven built in Naples by Stefano Ferrara (the same man behind Paulie Gee’s oven — no wonder the similarity). To me, however, the oven looked out of place in a space like this. 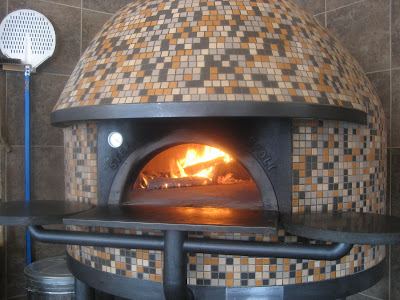 We ordered two pies. The Ah’ Pizz pie was solid. It tasted like a margherita pie with a little extra something (that “something” being grape tomatoes). The crust was more crispy than puffy, yet every bite was still delectable. It cost $16 – a bit expensive for New Jersey, but being from New York City I’m accustomed to these prices.The Pizze Di Montclair pie was the real treat. It’s a heavy, filling pizza in which the cheeses really stand out. I was particularly impressed by the pecornino saldo which I don’t often see on pizzas. It’s a firm cheese (made from sheep milk) from the Italian island of Sardinia. While the more common pecorino romano is biting and salty, the sardo has a much richer flavor. I could not differentiate between the two types of mushrooms — porcini mushrooms and wood fired mushrooms — but I enjoyed them nonetheless. The pie was $18. 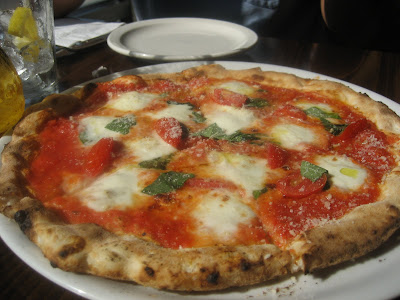 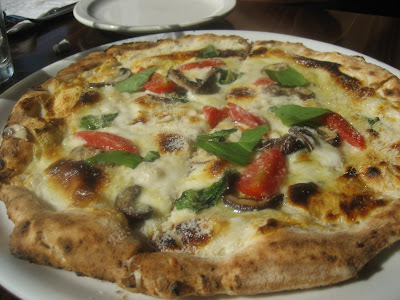 We were the only party in the restaurant around 4PM on a Saturday afternoon, but according to our waiter the place gets really busy at night. There’s only room for about 50 people so I can imagine a line out the door. Like many Neapolitan places, there’s an open kitchen so you can watch your pies prepared and marvel at the oven. The desserts looked great, but with more pizza ahead of us, we declined. Come to think of it — Ah’ Pizz would be a pretty awesome place for a child’s birthday party. Considering that I had my birthday parties at Sbarro, I could have used a place like Ah’ Pizz back in Potomac, Maryland in the 1980s. 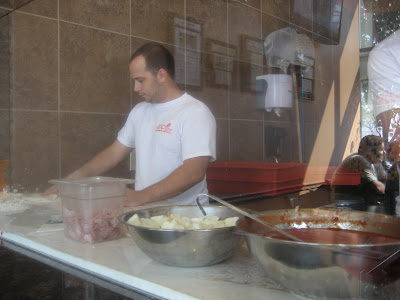 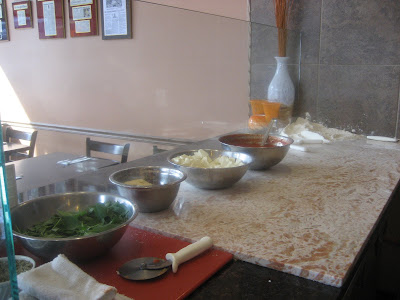