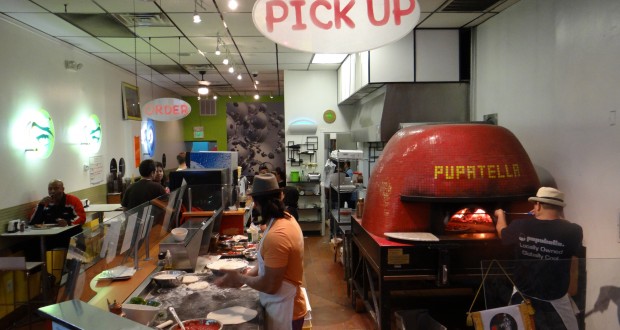 Over the past couple of years some of my friends in Washington, DC have been raving about Pupatella (5104 Wilson Boulevard). It’s located in the suburb of Arlington, Virgina about 15 minutes outside of Washington. Pupatella actually started as food cart in nearby Ballston close to the intersection of N. Stuart Street and N. 9th …

Summary : This family friendly suburban pizzeria features more than 20 Neapolitan style pies. The prices are reasonable and the vibe is laid back.

Over the past couple of years some of my friends in Washington, DC have been raving about Pupatella (5104 Wilson Boulevard). It’s located in the suburb of Arlington, Virgina about 15 minutes outside of Washington. Pupatella actually started as food cart in nearby Ballston close to the intersection of N. Stuart Street and N. 9th Street. But in 2010 they made the move to a brick and mortar location. Step inside and you’ll see a bright red pizza oven and a staff of 3-4 prepping pies at a pizza making station.

All orders are placed at a counter and brought to your table when they’re done. This counter-style service seems to be more of an inconvenience than it is sensible. First off, when the restaurant is crowded, you could spend a good 5-10 minutes in line, rather than sitting down with your party. Second, if you’re planning on splitting the bill, it involves some organization (should the person waiting in line hand the cashier four credit cards?). Third, if you order drinks like tap beer or sangria, you’re provided with a receipt and then must go to a bar in another room to have your drink poured. Do you tip the cashier? The bartender? It’s a unique set up, but at the end of the day, I think I’d rather be seated like I would at any other restaurant. 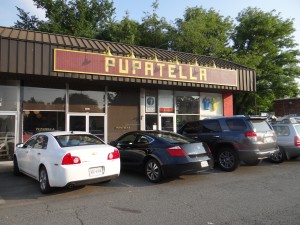 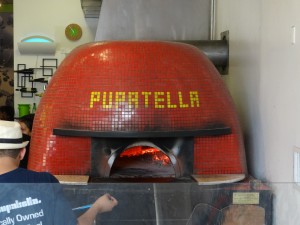 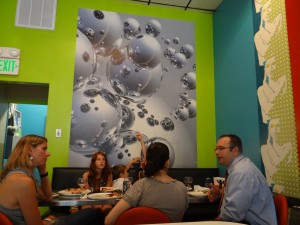 None of the pies on the regular menu — which features 13 red pies and 4 white pies — exceed $12. But on the night I was there, there was a separate menu featuring three special pizzas: Fig & Pig ($15), and Burrata ($14), and Pesto ($13). We ordered the latter two amongst our five pies. In addition, we had a Margherita DOC, Eggplant & Red Pepper, and Prosciutto Arugula. All of the names, as you can probably tell, are descriptive. The Margherita was very good — what you’d expect at a high quality pizza place. The Eggplant & Red Pepper pie was surprisingly tasty. What I really liked was the fact that the pie contained small clumps of eggplant. Too often pizzerias will put slices of eggplant on pies and it makes it difficult to eat and frankly too eggplant-y for me. Our group had mixed reactions to the Pesto pie. It was a little dry and could have used a little olive oil drizzled on top. And the use of actual walnuts was polarizing as well.

The pizzeria was very busy on the Tuesday night we ate there. There are multiple seating areas — the front and back of the primary room with the cashier and oven — which seats about 25. And a secondary room with a bar which seats about 35. The secondary room was a recent expansion and previously occupied by Union Halal Butcher. There is also an outdoor patio. With Pupatella’s counter-style arrangement, it’s a “free for all” when it comes to tables. Although I didn’t witness any issues on the evening I was there, I can imagine situations where people are hovering over one another waiting for a party to finish their meal.

Overall, I enjoyed Pupatella much more than Virginia’s other notable Neapolitan pizza place — Pizzeria Orso — and would recommend it to Washingtonians looking to get out of the city for a laid back meal one evening.

Here are images of the pies we ordered: 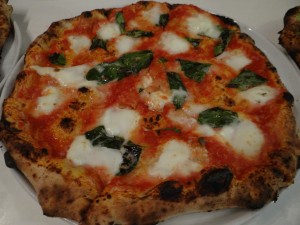 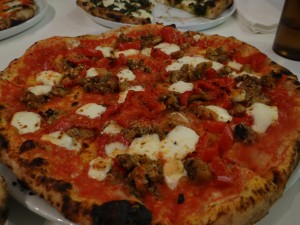 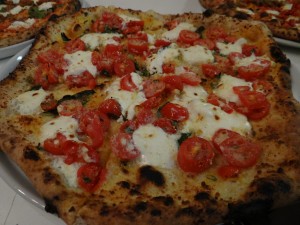 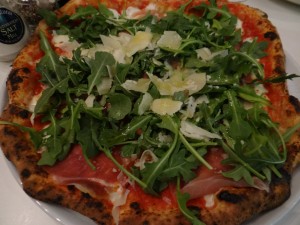 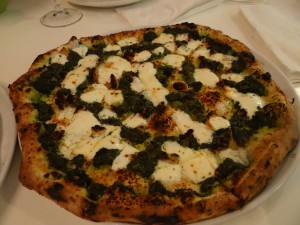