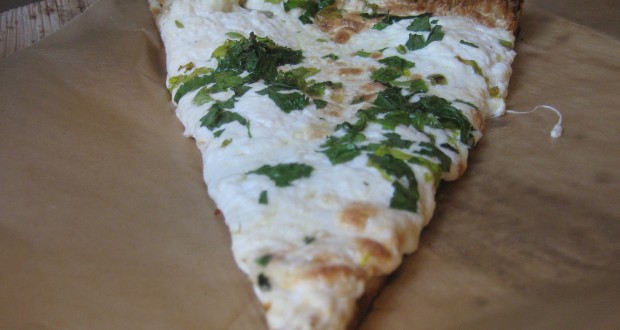 Earlier this year I wrote about how Roberta’s — in the Bushwick neighborhood of Brooklyn — has not only become a model for great pizza, but also for the sustainable food movement. A vacant lot next to the restaurant has been converted into a sprawling green space where the restaurant’s produce is grown. At the …

Earlier this year I wrote about how Roberta’s — in the Bushwick neighborhood of Brooklyn — has not only become a model for great pizza, but also for the sustainable food movement. A vacant lot next to the restaurant has been converted into a sprawling green space where the restaurant’s produce is grown. At the end of the piece I mentioned how a place like Roberta’s “could never exist in Manhattan or in a more populated area of Brooklyn.” It takes space to do what Roberta’s is doing.

But if I were to imagine what Roberta’s would look like if it was squeezed into a Manhattan store front, it would look very similar to Pizza By Cer Té (132 East 56th Street). The eco-friendly pizza place is revolutionary. And it’s not solely because of green initiatives at the forefront of their business model. But it’s because of where Pizza By Cer Té is located: in Midtown Manhattan.

Step inside Pizza By Cer Té and the first thing you’ll notice is that green herbs are growing — right out of their walls. The basil on your pizza isn’t being shipped in as is the case at nearly every other New York City pizza place. It’s great that the basil at Di Fara comes from Israel… but that’s not quite eco-friendly! Other “green” aspects of the space are less noticeable: the green walls are irrigated by collected rainwater, recycled material are used in counters, and food is delivered on foot or via bike. Having seen all of their green efforts firsthand, it’s clear that the shop isn’t just hopping on the eco-friendly bandwagon. Green initiatives have been getting a lot of attention in recent years and the trend is finally starting to catch up to the food industry. 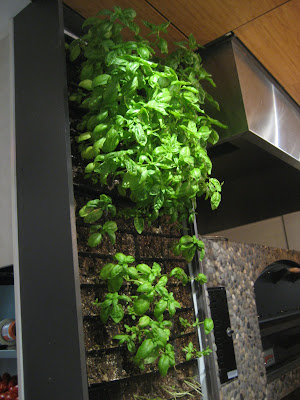 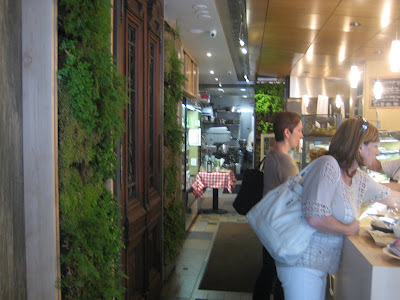 There are certainly those who will say that the pizza place is not doing enough. But by branding yourself as an eco-friendly food establishment, that comes with the territory. One thing is for sure — Pizza By Cer Té is Manhattan’s most eco-friendly pizza place. We’ve seen such attention to green initiatives at establishments such as Birdbath Bakery and Habana Outpost. But this is new to the New York City pizza scene.

By now you’re probably wondering how the pizza tastes. It’s really good — in the upper tier of pizza available in Midtown Manhattan. And you won’t pay more, just because the expenses of running an eco-friendly pizza place are higher. Is it the best pizza you can find in Manhattan? Probably not. But there are so few options for quality pizza in Midtown now that I wouldn’t hesitate to recommend it to anyone who works in the area. 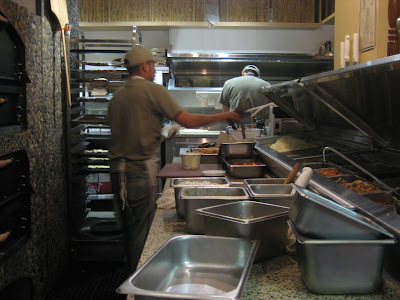 They have a plethora of interesting topping combinations – like Cauliflower Merguez (Roasted Cauliflower with Spicy Harissa, Sweet Pepper, Fennel, Pomodoro and Mozzarella) and Farmers (Long Island Potato, Sharp Amish Cheddar, Shaved Corn and Scallions). In fact, there are no bland slices when it comes to the toppings. The most simple is the Margherita Cer Té (Fresh Tomato Sauce, Lioni Mozzarella, HOC and Grana Papano) which costs $2.50. Specialty slices are $1.00 more.

Besides serving some of the better quality pizza in the area, their innovative topping combinations also give Pizza By Cer Té a leg up on the competition. If you’re an adventurous pizza eater, this place is for you. Personally, I tend to enjoy slices that are more simple. The Bianca (Hand Dipped Ricotta and Truffle Oil with Arugula and Fresh Pepper) was one of my favorites.

Other than the pizza, there are a number of salads, sandwiches, and desserts on the menu. The tiramisu is delicious. There’s also lemonade which you can customize to your liking. 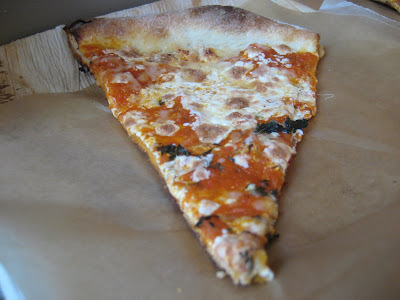 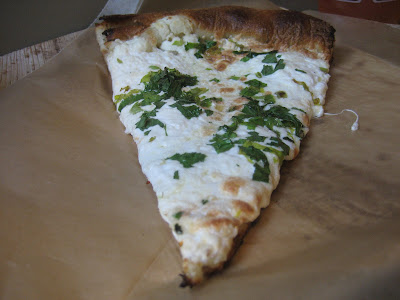 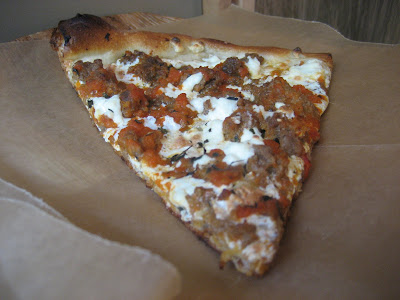 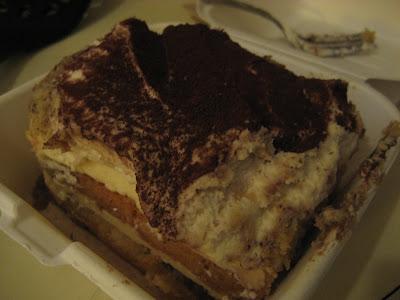 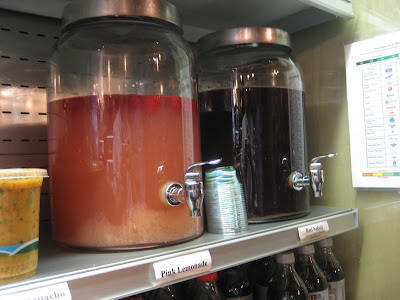