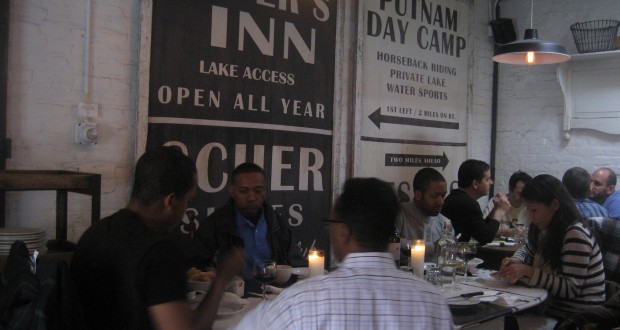 Saraghina: Flying Under The Radar In Bed-Stuy

Saraghina: Flying Under The Radar In Bed-Stuy

Earlier this year, Google’s blog network — Blogger — crashed. When this occurred many blogs lost content including I Dream Of Pizza. Among the postings that were lost was my review of Saraghina. After dozens of repeated attempts to contact Google in order to restore my initial posting, I’ve attempted to rewrite my review to …

Summary : This rustic looking restaurant serves about a dozen pizzas is spearheading the Bed-Stuy food scene. It's worth checking out.

Earlier this year, Google’s blog network — Blogger — crashed. When this occurred many blogs lost content including I Dream Of Pizza. Among the postings that were lost was my review of Saraghina. After dozens of repeated attempts to contact Google in order to restore my initial posting, I’ve attempted to rewrite my review to the best of my ability.

So many of the “upscale” pizza places that have opened in New York City over the past few years frequently pop up in the press and on food blogs. It seems like every week another review or article comes out about Paulie Gee’s, Motorino, and Roberta’s — to name a few. Well there is another spot that deserves to be mentioned in the same breadth as these pizza heavyweights: Saraghina (435 Halsey Street) in Brooklyn’s Bedford Stuyvesant neighborhood. Similar to the impact that Roberta’s had on the Bushwick area, Saraghina is one of a few establishments that is breathing new life into a neighborhood that was known more for its violence than it’s cuisine. Perhaps it’s flown under the radar because of it’s location — it takes about 45 minutes to reach from Midtown Manhattan — but it is worth the trip. 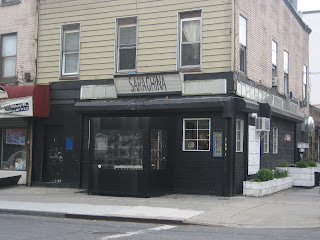 The restaurant itself is an architectural gem. The rustic woodwork makes you feel like you’re on a farm, not in the middle of New York City. Although about a dozen people can be seated in the front of the restaurant — where the oven is located — the real action is in the back. A room that fits about 50 people serves as the restaurant’s epicenter, and an adjacent garden (which was closed the evening I was there) doubles the size of the restaurant. 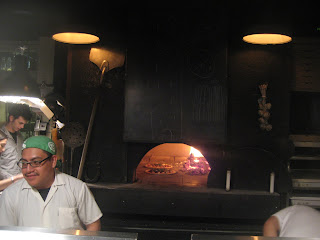 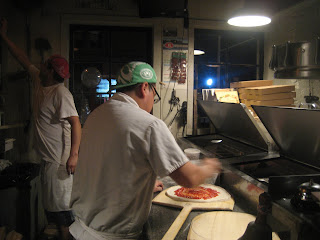 I would like to return to Saraghina not only for the pizza, but also to try some of the food items on their regular menu. Since I was dining with Pizza Club, we limited ourselves to pizza. But my mouth was watering after reading about dishes like the risotto with asparagus, saffron and parsley or the pappardelle con polpetter which contains organic grass fed beef meatballs. 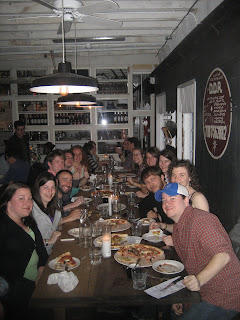 We ordered all seven pies on the menu in addition to a special pie they were serving (Pizza Speciale) which contained gorgonzola cheese, red onions, and rosemary. It was the most average pie on the menu. Everything else was delicious.

Of the other five pies on the menu, only one is vegetarian. But it’s possible to order any of the others without meat. I’m not an anchovy fan so I skipped the Marinara (which probably should have a new name if it contains little fishies). It also contains olives, as does the Salsiccia pie — which are surprisingly tasty when combined with pork sausage.

Another must-order pie is the Coppa & Carciofi. Coppa is a traditional Italian salami made from pork shoulder or neck. Carciofi are artichokes. It’s a perfect combo. The cheeses that the folks at Saraghina use shine over their tomatoes. The Coppa & Carciofi is the only pie on the regular pizza menu that contains no tomatoes. Perhaps more cheese based pies would be a nice addition to the menu.

Inevitably, Saraghina will be compared to places like Paulie Gee’s, Motorino, and Roberta’s. Although the pizza might lag behind these spots, the overall experience is right up there. I think of the other three places as really great pizza places. Saraghina is a full restaurant — serving more than a dozen entrees — with it’s own unique vibe and atmosphere. It’s located in a neighborhood which is on the brink of something special. Two decades ago, a restaurant in Bed-Stuy serving $16 Neapolitan pies was unfathomable. But Saraghina is filling up seats every night, and you can be certain that more restaurants will follow.

Here are photos and descriptions of all the pies we ate: 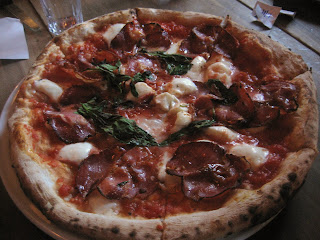 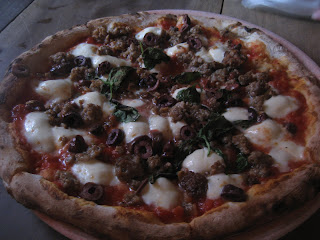 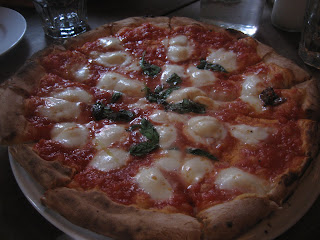 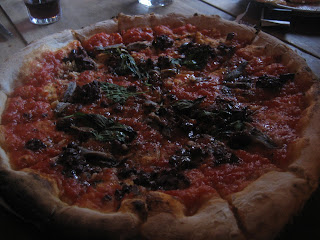 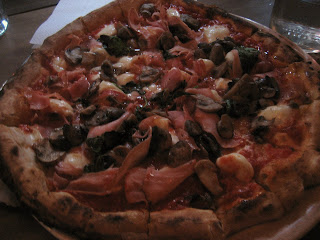 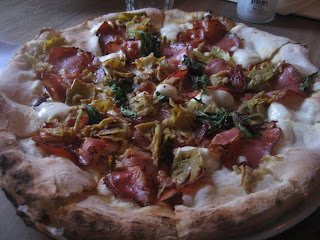 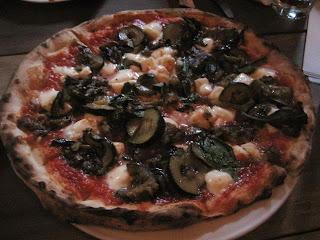 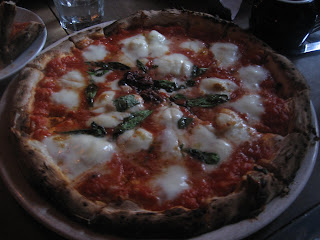 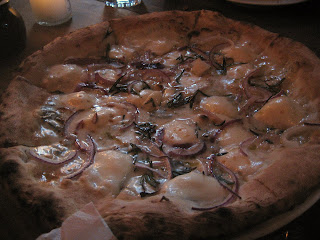