Right now, a couple of trends are dominating the New York pizza scene. The proliferation of upscale artisinal pizza places has been well documented. And old school pizza places like Lombardi’s, Totonno, and Di Fara have also gained new found cult followings as a result of the changing food landscape. That is — both these hip new places and classic joints have benefited from the attention that has resulted from television shows, food blogs, and other forms of new media.

Arturo’s (106 West Houston Street) — a coal-oven pizzeria founded in 1957 by Arturo Giunta and his wife Betty — doesn’t quite fit into the latter category which puts it in a very unique place in the New York City pizza landscape. Places like Di Fara are destination spots. And Lombardi’s attracts a mix of New Yorkers and tourists alike. But you don’t hear much about Arutro’s. It’s your prototypical under-the-radar classic New York pizza place. Although it’s had a loyal customer base for decades, it’s generally unknown to New Yorkers who don’t live in the neighborhood or pay close attention to the city’s food scene. 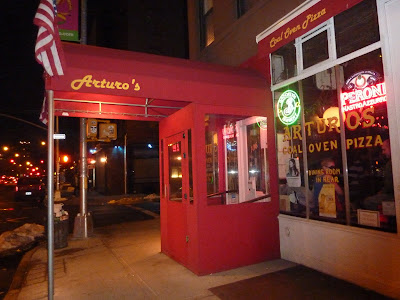 The first Pizza Club of 2010 met there on a Sunday evening last month. And although it was enjoyable, it isn’t quite as good as any of the aforementioned classic spots. No wonder you don’t hear much about it. That’s not to say that the pizza isn’t above average. It’s a great sit-down local pizza spot. And although Arturo and Betty recently passed away, it’s still run by their children. And the ambiance and decor make you feel like you’re back in the 1960s. Heck, the place doesn’t even have a website.

We ordered four large pies which came out to just over $100 — a little pricey for the quality of the pizza. You’d get about the same amount of pizza for that price at Di Fara.

The best pie was the Diavolo which had a bit of a kick to it while the mozzarella and fresh mozzarella suffered from a bit of blandness. Our group has trouble differentiating between the two pies. Especially disappointing was the fresh mozzarella pie, on which I expected slices of… well… fresh mozzarella. It looked and tasted like a regular mozzarella pie which is one of the reasons why I’d give the edge to somewhere like Lombardi’s.

When all is said and done, Arturo’s is a great place to split a pie with a buddy. It’s filling (the crust is a bit thicker than you might find elsewhere), and quiet enough that you can hold a conversation without raising your voice. You’ll have a better chance avoiding lines here than at Lombardi’s and it might be an especially good place for impressing a date — slightly under the radar and just good enough to seal the deal. 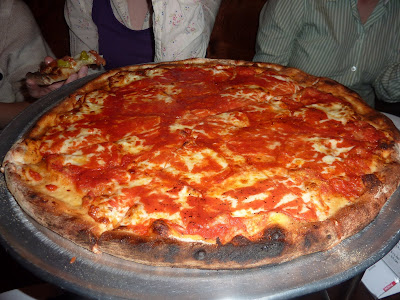 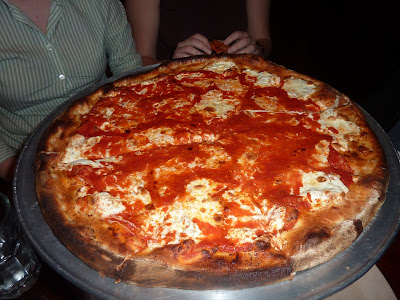 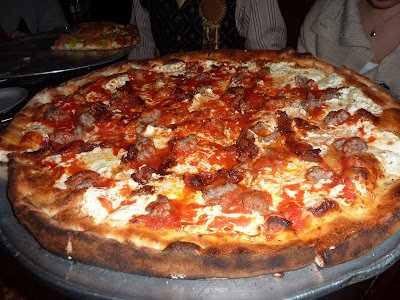 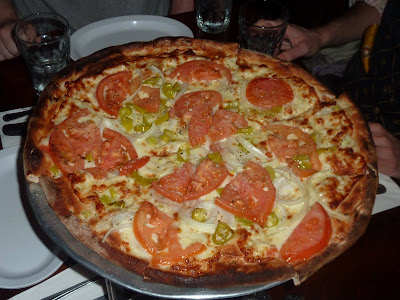