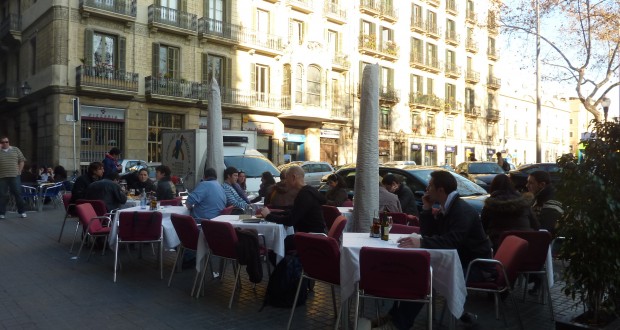 Posted by: I Dream Of Pizza in International, Reviews, Spain June 10, 2011

After a pretty bad encounter with the pizza-like baked goods BarcelonaReykjavik, I was determined to find some more authentic pizza before leaving Barcelona. Although I knew I wouldn’t have to time to explore the pizza scene in any depth, I figured it would at least be good if I could find a place worth recommending. …

Summary : In a city of tapas, a stop at this pizzeria makes for a worthwhile break. Grab a table outside at their El Born location.

After a pretty bad encounter with the pizza-like baked goods BarcelonaReykjavik, I was determined to find some more authentic pizza before leaving Barcelona. Although I knew I wouldn’t have to time to explore the pizza scene in any depth, I figured it would at least be good if I could find a place worth recommending. On my final day there, I swung by Al Passatore (8, Pla Palau, 93-3197851) which is located in the El Born neighborhood, just a few blocks from the Mediterranean Sea. 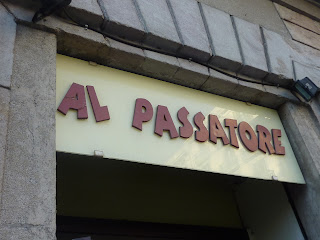 The restaurant features a full Italian menu and many of the diners around me were indulging in items other than pizza. But my eyes were, of course, drawn to Al Passtore’s expansive list of pies — more than 30 in total! They ranged from €7.40 (about $10.00) to €10.90 (about $15.00) — not bad in a city that’s known for serving lots of expensive food. Although the beautifully decorated dining room seats about 60 people, the real action is outside. If the weather is nice… dine al fresco. 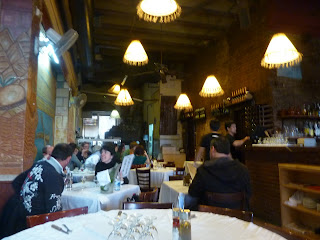 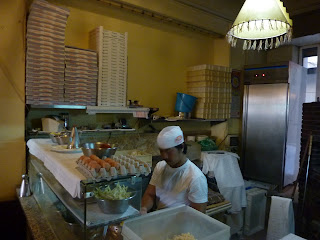 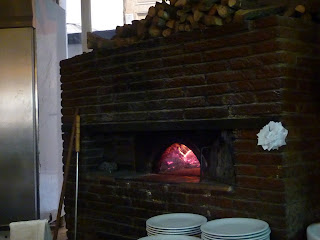 Since my friend had gone exploring on his own, I could only handle one pie alone; I ordered a Margherita. Although not quite up to par with the pizza I’d been eating in Naples, it exceeded my expectations. It had all of the characteristics of a typical Neapolitan pie, with the crust being the primary deviation. But that’s not necessarily a bad thing. Rather than a chewy, soft and airy crust — this Margherita pie contained a slightly crunchier crust with cracker like properties. In turn, it actually held together better than many traditional Neapolitan pies. The crust around the edge of the pie, as you can see, was thicker too. 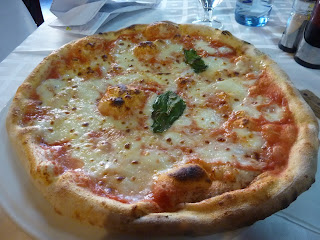 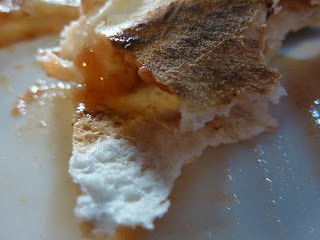 If you’re looking for some good pizza in Barcelona, I would definitely recommend Al Passatore. The real question, however, is whether or not you should be eating pizza in Barcelona in the first place. There are so many incredible tapas bars and eclectic restaurants in this melting pot of a city, and the pizza there is not quite up to par with many of the other cuisines you can find. Hopefully, that will change in the coming years.
But for now, if you only have a limited amount of time to spend there, it’s probably not worth it to waste a meal eating Italian food, which you can find in many other cities. Just down the block from Al Passatore is one of the city’s most popular tapas bars: Cal Pep. It would be a shame if your trip to Barcelona didn’t include a meal there.