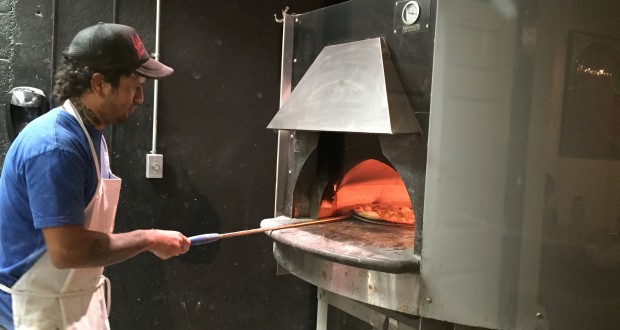 Every January, for the past few years, I’ve gone down to Miami with my family to escape the New York winter for a few days. We usually eat pizza at least one time per trip and I’ve developed a liking of Steve’s Pizza, where we’ve visited on multiple occasions. Steve’s is a “hole in the …

Summary : Delicious food overshadows the odd service at this Miami pizza place on the outskirts of the Design District.

Every January, for the past few years, I’ve gone down to Miami with my family to escape the New York winter for a few days. We usually eat pizza at least one time per trip and I’ve developed a liking of Steve’s Pizza, where we’ve visited on multiple occasions. Steve’s is a “hole in the wall” type establishment that sells New York style pizza on Biscayne Boulevard which is pretty impressive given its locale. What I had yet to find — until my most recent trip — was good “upscale” pizza at a sit-down restaurant. That all changed when I visited Proof Pizza & Pasta (3328 N Miami Ave). 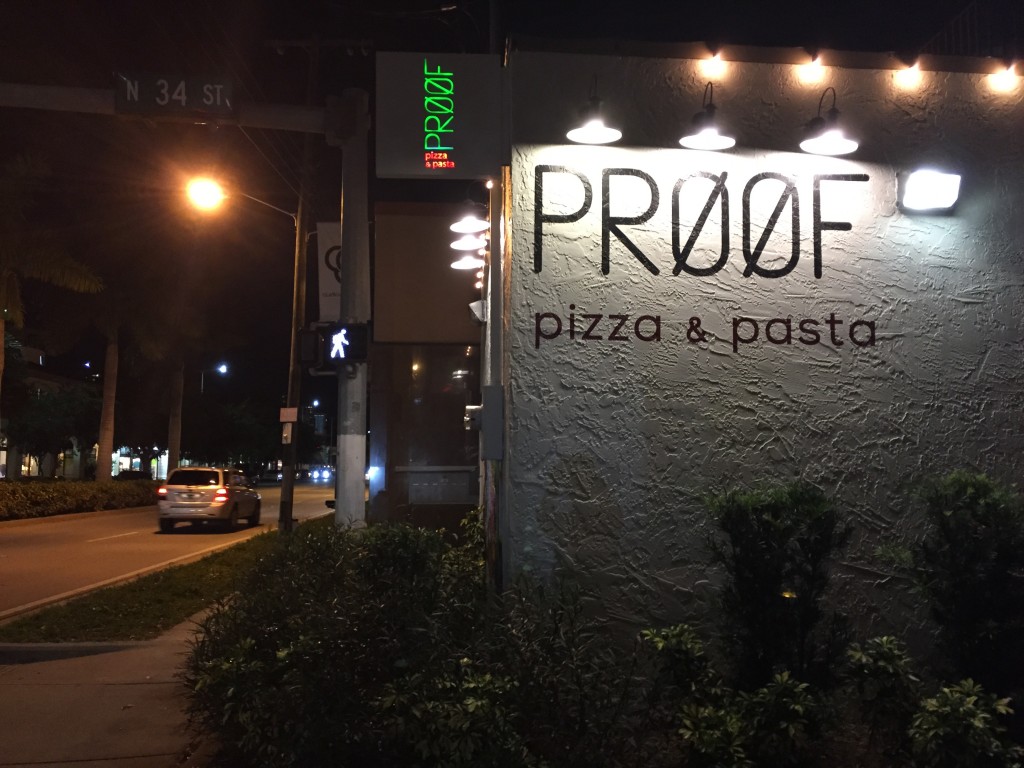 There are a few of distinguishing factors about Proof. First, they have an outdoor garden which can seat a couple dozen guests when it’s nice outside (which, let’s be honest, is pretty much every night in Miami). And inside, the restaurant’s walls are decorated with cool artwork, which makes sense given that it is located on the outskirts of Miami’s Design District. Although the place isn’t big, they do have a small bar with a television, which is great if there happens to be an NFL playoff game on, as was the case the evening I was there. 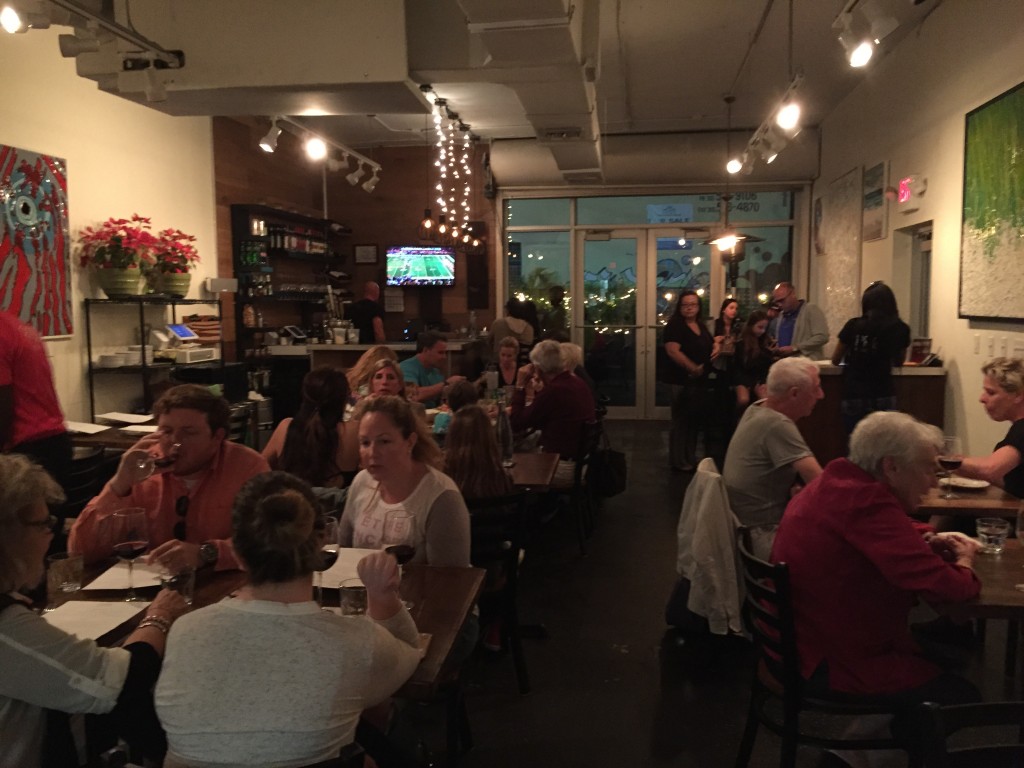 The service at Proof wasn’t bad. But it was definitely odd. A few instances occurred which I found a bit abnormal. We had a 6:30PM reservation and arrived right at 6:30, but there was a line of about five people at the hostess stand. Rather than seating the parties that were in line (or taking their names down), the hostess began calling people on the phone who had 6:30 reservations to see when they were going to arrive. When my phone rang and I realized she was calling, I waved and said: I’m in line! I’m looking right at you.

When we were seated, our waiter apologized that it would be a few minutes before he was able to give us water because the restaurant was running low on glasses. When our glasses finally arrived, they were a mismatched set of beer pint glasses and more typical water glasses. How can a restaurant have a shortage of glasses? This didn’t impact how I felt about the pizza. But I found it a bit strange.

Cups aside, there were some pretty great appetizers we tried before our pizza: shaved brussels sprouts with apple cider, gorgonzola, pecans, and dried cranberry, as well as burrata with herb pesto, olive oil, and focaccia. Proof does more than just pizza and if you’re looking for some plates to start with, these were both winners. 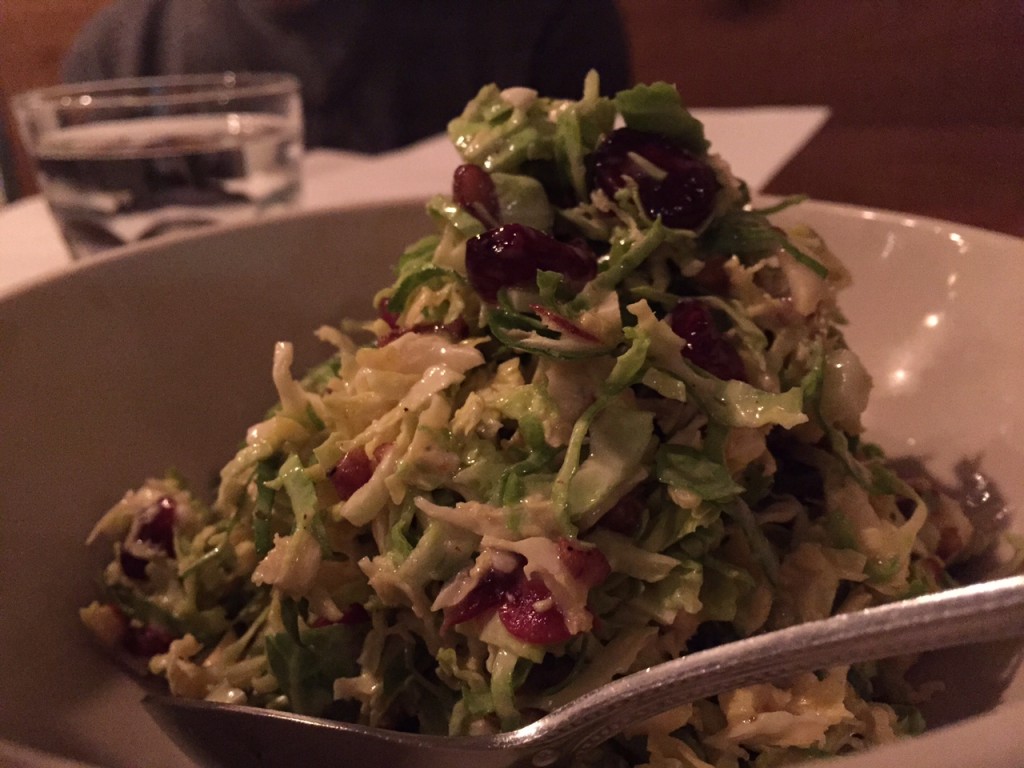 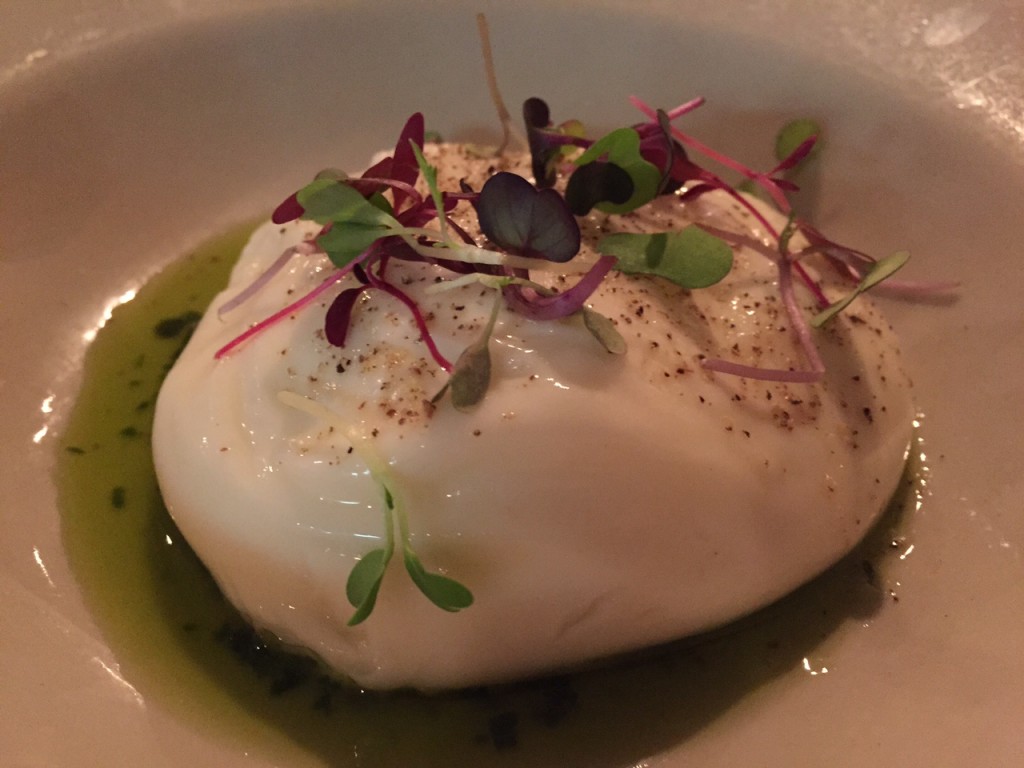 There were six pies on the menu the night I was there which doesn’t seem substantial, but when you consider that they also serve five pastas, you’re actually left with a sizeable menu. We got three pies: margherita, vegetable, and oxtail. The margherita was excellent. Nothing too fancy. Just a solid margherita pie. The vegetable pie was good, not great. The vegetables were tasty. I think there were just too many types on the pie. A little too much going on for my liking. And when compared with the other two pies, this was was skippable. But the oxtail pie… WOW. This was excellent. The caramelized onion were delicious. And they combined with the oxtail to give this pie a sweet and meaty taste.

One side note: there were a number of vegetarians at our table and I asked the waiter if we were to get the oxtail pie without the oxtail (so just a mozzarella, black garlic, thyme, and caramelized onion pie) whether he thought it would taste good. He advised us against that. But having eaten the pie, I completely disagree. Even without the oxtail, this pie would be great. So if you are a vegetarian, please consider this as an option. 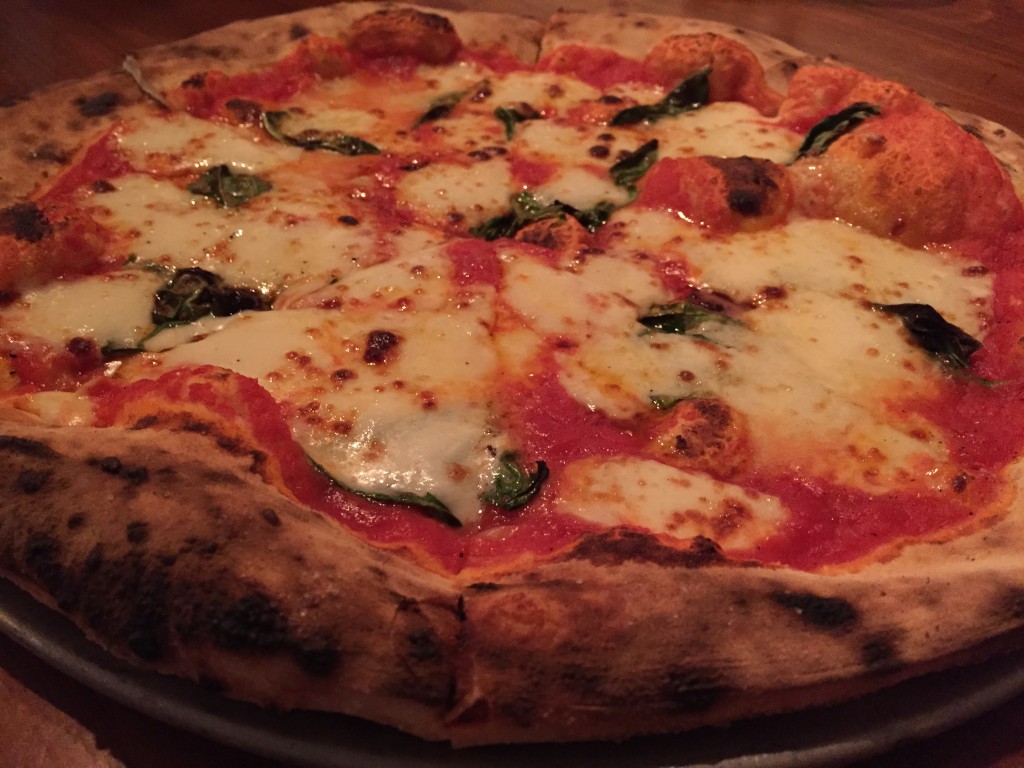 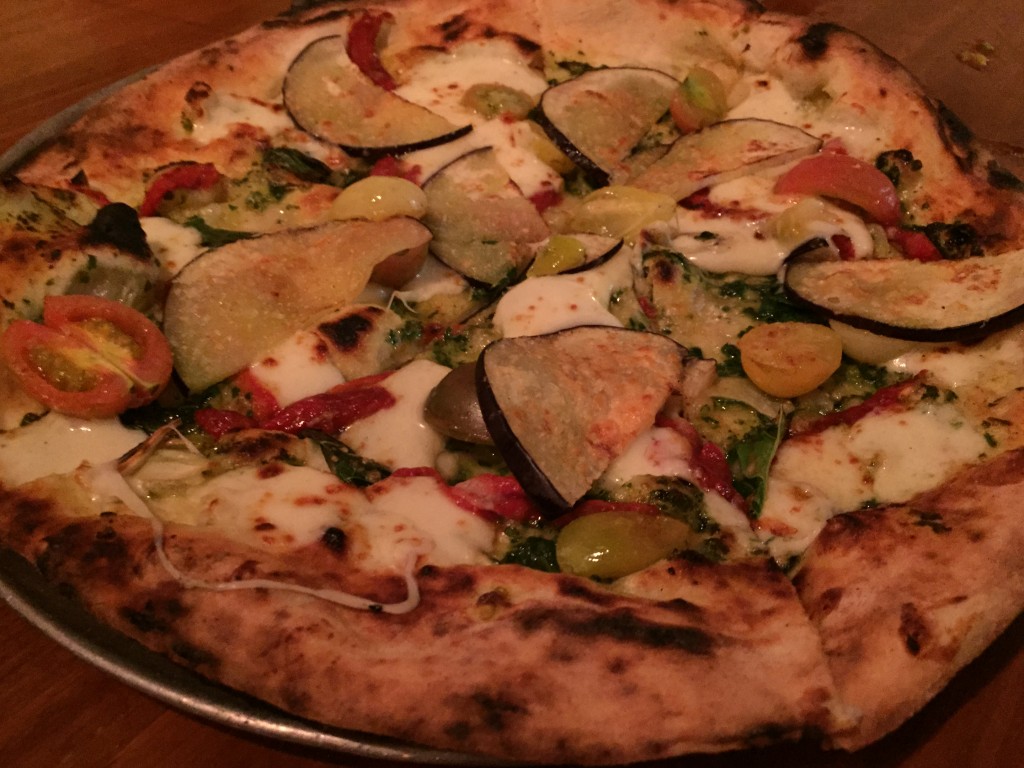 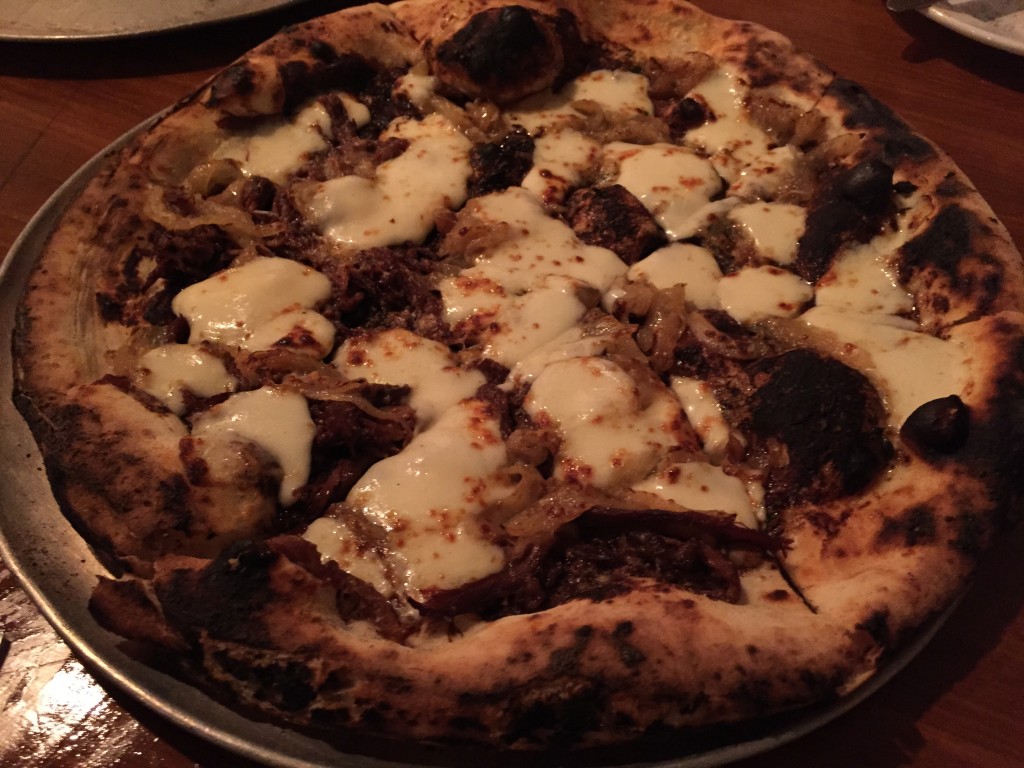 With the exception of the vegetable pie, I can unequivocally say that everything at Proof was delicious. Even though the service was a bit odd, they make great food, and I would definitely go back on another trip to Miami. It’s reasonably priced (the pizza pies top out at $16), family-friendly, and it was easy to get a reservation a couple days out.

If that’s not “proof” of a good pizza place… then I don’t know what is.