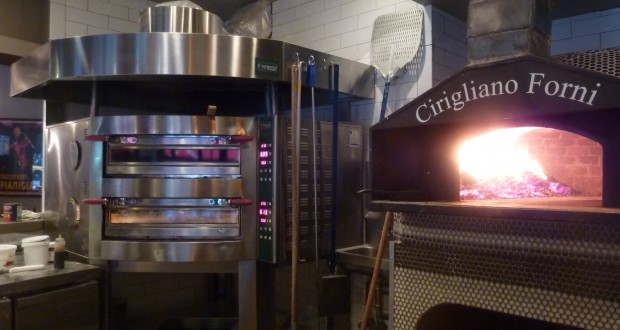 PLEASE NOTE THAT THIS ESTABLISHMENT IS PERMANENTLY CLOSED 900 Degrees (29 7th Avenue South) opened in the West Village this spring. And although it might not look like anything special from the outside, step into this pizza mecca and you’ll be overwhelmed with choices. On the evening I was there with Pizza Club, there were …

Summary : This place serves four types of pies -- each style exceptionally well. The topping combinations are creative and worth multiple visits to work your way through the 22 pies on the menu.

900 Degrees (29 7th Avenue South) opened in the West Village this spring. And although it might not look like anything special from the outside, step into this pizza mecca and you’ll be overwhelmed with choices. On the evening I was there with Pizza Club, there were 22 pies to choose from, some of which serve 2-5 people. In other words, even our group of 12 had a difficult time making a dent in the menu.

Although many places specialize in a certain type of pizza, 900 Degrees does it all. You can order four styles of pies—Napoletana, Americana, Romana, and Siciliana, each which is prepared using a different dough recipe and different oven. Although so many choices is suspect, believe it or not, they do them all well. 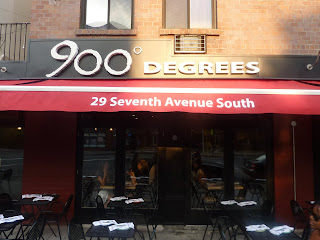 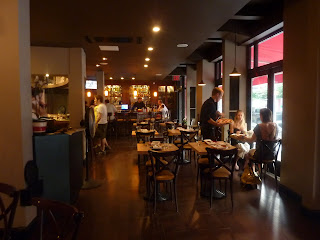 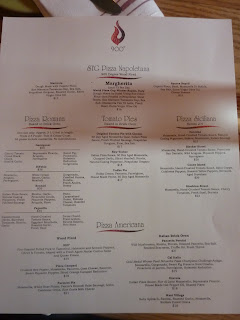 Of the nine pies we tried, none were disappointing. We started off with two Napoletana pies — the Margherita and the Spacca Napoli. I was more impressed with these than my dining companions. The Margherita pie won the award for best Neapolitan Pizza at the World Pizza Cup in Naples and definitely deserves top billing on the menu. It’s worth noting that with so many meat pies on the menu, the Napoletana section of the menu is a great spot for veggies to dig in. 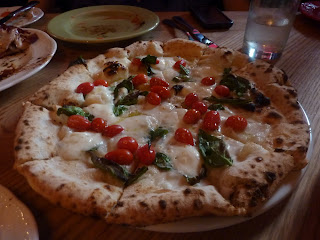 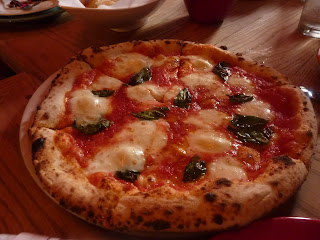 Next up was the “Tomato Pie” section from which we ordered a Vodka Pie and Original Tomato Pie With Cheese. The Vodka Pie was tasty, but not as good as I’d hoped. There are actual penne noodles on the pie, which I’ve never been a huge fan of. I’d be curious how this pie would taste without the pasta on the pie. The Tomato Pie is 900 Degrees’ version of a Marinara Pie taken up a notch. The sauce is heavenly and there is some cheese and sausage added in for extra flavor. 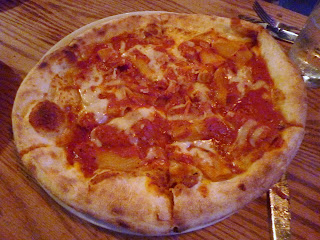 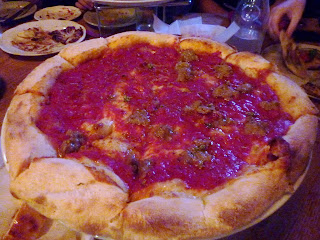 We skipped the Sicilian section (so many other pies looked so delicious) and went straight for a Romana pie. These pies are 2.5 feet in length with a very thin crust. They serve 2-5 people. The most fascinating part is that each pie is split up into three completely different sections — one is appetizer-like, the next is the main course, and then the final third is suppose to be a sweet, dessert-like section. We went for the Bennici which was broken down into the following components: 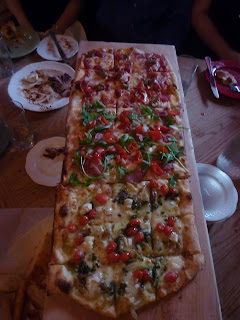 To be honest, I just dug in without thinking about where the chef intended diners to start. Others did the same. It didn’t matter. It was all delicious. The vegetarians absolutely loved the section with pesto and onions, and the peppers in the center section provided a great kick. In theory, diners don’t even need to eat all three sections. If a particular section looks appetizing to one person, and a separate section looks appetizing to another person, this can be a great pie to order. I was impressed with how evenly the pie cooked, despite all of the toppings.

Finally, we ordered four American pies from the bottom of the menu. Every meal at 900 Degrees should end with the Cal Italia. It’s innovative combination of toppings (including sweet fig preserve from Croatia) landed  this pie a Gold Medal at Food Network’s Pizza Champions Challenge. Sweet indeed! The 900° Pie is just as creative with toppings like cactus salsa and two types of peppers. Your mouth will be on fire in the best way possible.

Our waiter strongly recommended the Pancetta Porcini Pie and we got a Farmers Pie for the vegetarians (only two of the seven American pies come without meat, although you can ask for the meat to be held off of any of them). Although both were tasty, they didn’t live up to the other two American Pies. 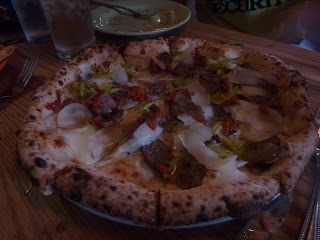 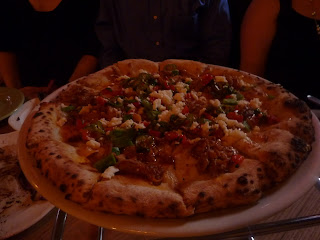 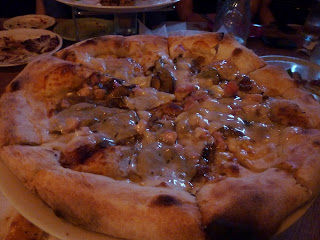 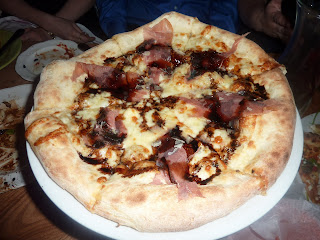 For a spot with so many pies, the folks at 900 Degrees really know what they’re doing. It’s the first New York City restaurant from Bruno DiFabio and Tony Gemignani (owners of the famed Tony’s Pizza Napoletana in San Francisco) and restauranteur Hanz Canko. They installed a longtime apprentice — Audrey Pagnotta Sherman — to serve as the restaurant’s chef and she looks like a seasoned pizzaiolo behind the oven.

The prices might scare people away, but it’s going to cost you when you’re digging your mouth into fig preserve from Croatia. The folks in the West Village can afford it. So many places — including Roberta’s, Motorino and Paulie Gee’s — seem to be catering to a hipster crowd. 900 Degrees, for better or for worse, seems to be catering to the wealthy West Village’s residents. But even if money is tight, it’s worth it to splurge on one of the most exciting pizza place to open in Manhattan in recent memory.

Previous: Washington Going Through ‘Pizza Boom’
Next: Saraghina: Flying Under The Radar In Bed-Stuy