Posted by: I Dream Of Pizza in Miscellaneous March 6, 2009

Last night, after the Lydia show at Mercury Lounge, Adam and I hit up the opening of Two Boots Tavern on the Lower East Side. About 75 people packed into the modest space for free food and live music. 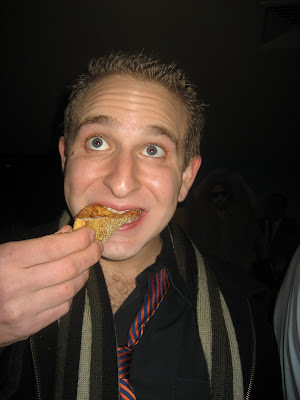 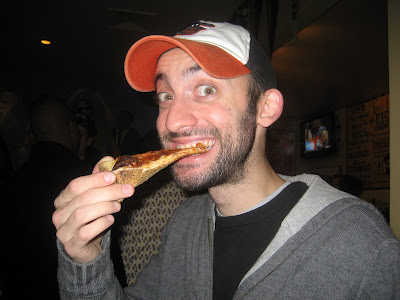 The shop, although a slight trek from the hustle and bustle of Essex Street, provides party goers with a late night option for pizza and drinks. It’s decorated with art and sports memorabilia and features three huge flat screens around the restaurant and two more behind the bar. 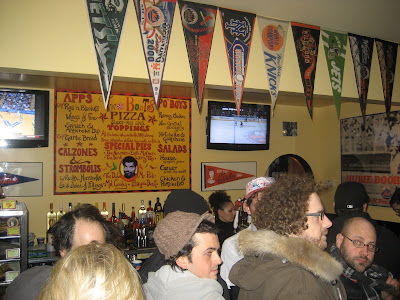 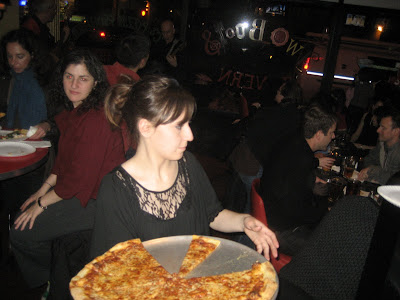 Other than the regular cheese pizza, which I think is delicious, I tried the “Larry Tate” which consists of spinach, plum tomatoes, and fresh garlic on a white pie. It didn’t really do it for me. 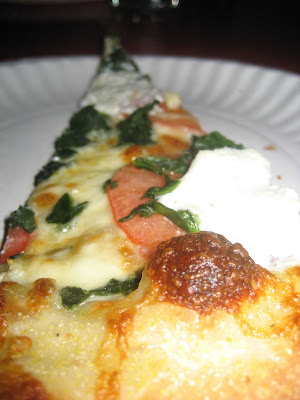 They have tons of interesting pies which you can find out about here.

Slices start at $4.00 each which is a bit of a rip off, but a large cheese pie is a great deal at $16.00. I’m sure I’ll be back there after some LES bar hopping adventures in the near future.