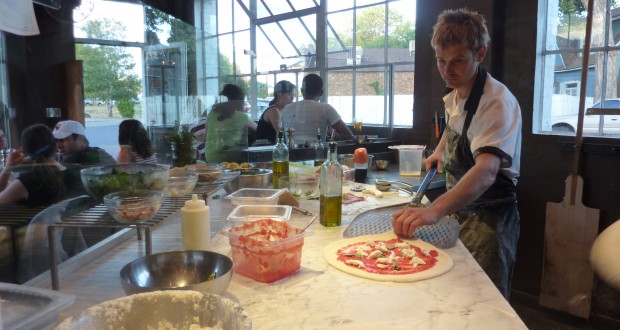 Pizzicletta (203 W. Phoenix Ave) might just be the most famous small town pizzeria on the web. You see, owner Caleb Schiff has been documenting the spot’s opening and first year of business as part of a recurring series titled Building A Pizzeria on the pizza blog Slice. His pieces provide rare insight into ups …

Pizzicletta (203 W. Phoenix Ave) might just be the most famous small town pizzeria on the web. You see, owner Caleb Schiff has been documenting the spot’s opening and first year of business as part of a recurring series titled Building A Pizzeria on the pizza blog Slice. His pieces provide rare insight into ups and downs of opening your own pizza place. Along the way he’s generated a loyal following of fans and supporters who are rooting for him — if the “comments” section of his posts are any indication, at least.

Over the Independence Day holiday, I was driving from Phoenix to the Grand Canyon and penciled in a stop at the pizza place for dinner. Flagstaff is about 2.5 hours north of Phoenix and 1.5 hours south of the Grand Canyon. It’s only 30 minutes from Sedona which, by the way, is worth a stop. It just so happened that the night I was planning on visiting Pizzicletta — July 5th — was its one-year anniversary. I’d been messaging with Caleb and he told me they had something special in store to celebrate. I was thinking perhaps free cake? Or some rare pies? But when I arrived I discovered that all pizza would be free that evening. Zilch. Zam. Zero. It was Caleb’s way of thanking the local community for their support. 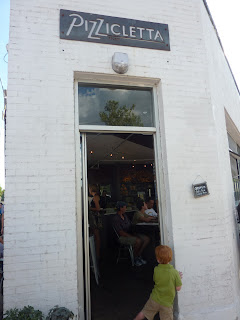 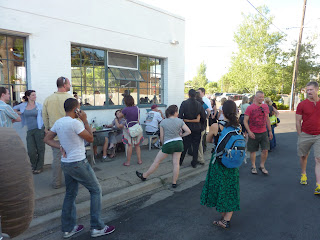 As you could imagine there was just a wee bit of a line. We waited around 90 minutes, but luckily there is a completely awesome microbrewery right next door which brews all of its beer on site. Mother Road Brewing Company serves up fresh, local craft beers in an intimate setting you could only get in a town like Flagstaff. A bunch of locals were hunched over at the bar, their dogs walking around unleashed. Every time someone entered the brewery, hugs were exchanged with at least one other patron inside. This is small town America. 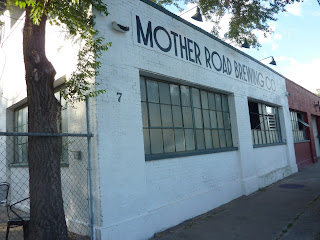 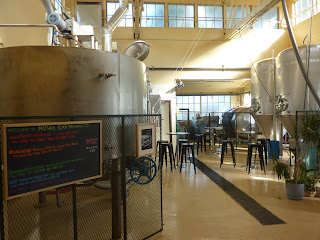 Back to pizza though. Pizzicletta serves up traditional Neapolitan pies. There were only five on the menu + one special — a Cacio E Pepe pie that was unfortunately “sold out” by the time we sat down. It’s a small operation in the Pizzicletta kitchen, just Caleb (who is there everyday) and one other staffer. The small selection of pies, I imagine, keeps things moving along.

Have we talked about the restaurant’s size? It’s oh so small. In fact, the name Pizzicletta makes me think of a tiny restaurant. There is essentially one communal table which seats about 15 people. A few bar stools. And then a handful of tables outside. The total capacity isn’t more than 30. This means quarters are tight and the seating arrangement is such that you’ll likely strike up a conversation with the people around you. 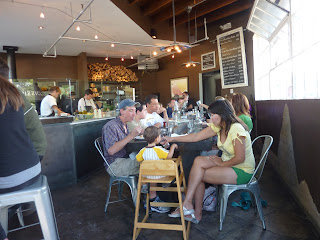 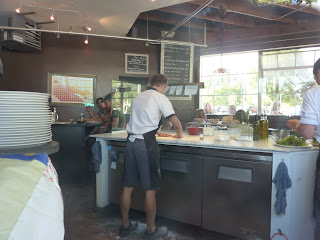 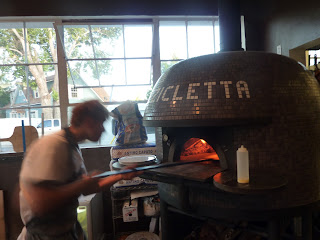 We ultimately decided on a Margherita and an SS 145 — gorgonzola dolce, charred kale, almonds, and fresh squeezed lemon juice. The former was comparable to what you’d find in a quality Neapolitan pizza place in NYC. The latter was deliciously unique. The flavors and textures mixed together nicely — no particular ingredient was dominant. Each added its own element which, when combined together, produced a fantastic pie. 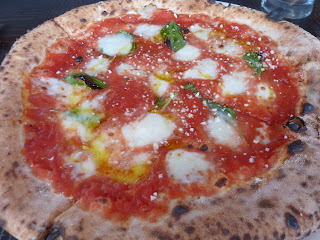 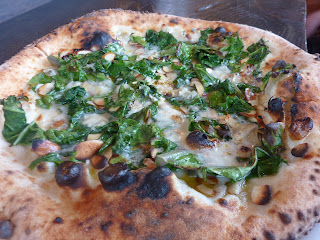 The fact that the pies are good is important. But equally exciting is the atmosphere that Caleb has created — transforming an old textile factory into a rustic pizza haven (you can read what went into that here). It’s a place for locals, run by locals. The following day, as I was driving around town, I spotted Caleb and his dog out for a walk. We smiled and waved. And right then, just for a split second, I began to feel like a bit of a local.