Jersey’s Finest: A Worthwhile Trip Out To Nomad Pizza Company

Saturday afternoon, I had the pleasure of heading out to the quaint town of Hopewell, New Jersey for a pizza meet-up at Nomad Pizza Company. It was organized by “Pizza Madman” Paulie Gee and Adam from Slice — the holy grail of pizza blogs. 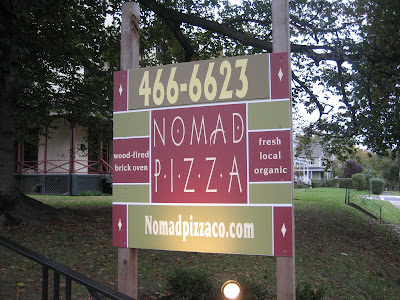 Before I breakdown the first rate pizza we ate, one of the main highlights for me was the company. My fellow diners included Scott from Scott’s Pizza Tours, Nick from Pizza Rules, Sean from 31 Days Of Pizza, Brownie from Blondie & Brownie, Philip from The Susquehanna Photographic, Stacey from Stacy Snacks, Linda from Ciao Chow Linda, and Cary & Lillian Steiner from Passion-4-Pizza. Everyone was so welcoming and friendly. I’d exchanged messages with many of the group members at some point since starting I Dream Of Pizza and it was great to finally put faces to blogs and e-mail addresses. It was definitely a different experience to share a meal with so many people who are just as passionate, if not more passionate, about pizza. 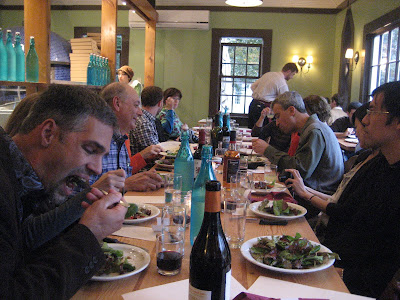 My friend Katie, who was visiting me from Seattle, joined me on the 90-minute drive down to Hopewell. There are certain stereotypes that characterize New Jersey, but once we got off the Turnpike it was nothing but beautiful countryside and scenic side roads. By the time we pulled up to Nomad, there was no doubt I felt like we were out in the country. The place itself holds about 40 people, and our group took up almost three quarters of the restaurant. Katie and I shared a table by the door with Adam, Brownie & Lawman, Cary & Lilian, and Philip.

There are lots of pizza places with open kitchens, but because of Nomad’s size, they literally prepare the pizzas on top of you. At places like Keste, Motorino, and Lucali you have to venture to the back of the restaurant to watch the pizzas being made, but at Nomad you’d have to purposely not look at the kitchen in order to avoid seeing the staff hard at work. At any given time there were as many as seven people playing their part in producing Nomad’s mouth watering final products. 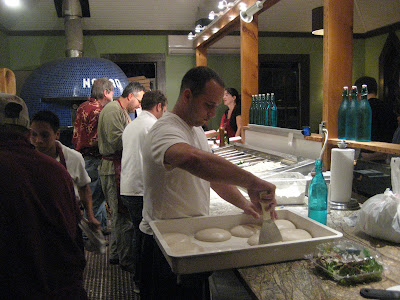 Every pie was distinctly good. Because there are so few pies on the menu, each one really stands out. There are times when I’ll go to places that have 10-20 pies on the menu and end up ordering a couple of pies that taste similar to one another. This was not the case at Nomad. The only place in NYC I can recall with such few pies on the menu was Una Pizza Napoletana (R. I. P. U. S. F – Rest In Peace Until San Fransisco?).

My favorite pie, hands down, was the Shitake Mushroom. There seemed to be a bit of consensus around me about this one. Mushrooms and onions happen to be my favorite pizza toppings and the fact that each came together so well on this pie was a match made in heaven. Throw in some fontina cheese and you have a top notch pizza.

The pepperoni pie was above average, and I like the fact that there were so many other ingredients to spice up the slice other than just cheese and sauce. Another hit seemed to be the special pie which had arugula and prosciutto. This was the 6th and final pie I tried at Nomad, so it can be a bit tough to judge, but I thought it was excellent. I’d be interested to see how it’d taste with different greens like, say, spinach. The Marinara pie was probably my least favorite. It was tasty and had a nice kick to it, but with so many great neopolitan pies to eat, I wouldn’t suggest ordering it. Especially when there are so many other “must try” pies there. 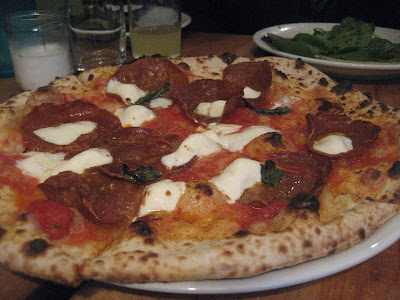 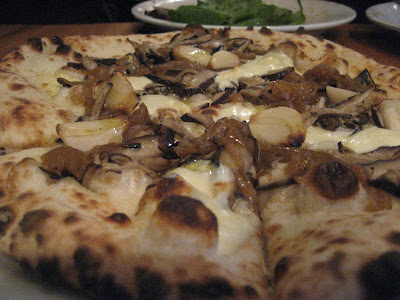 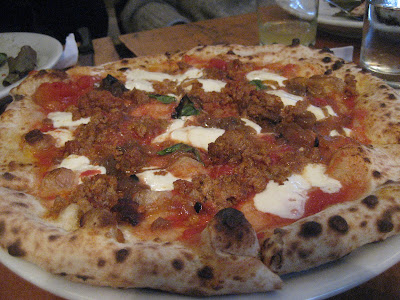 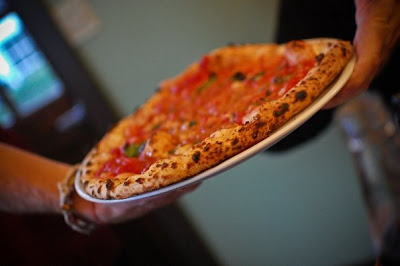 (via The Susquehanna Photographic) 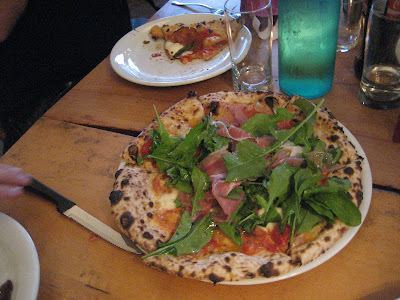 Although lots of my friends and fellow pizza eaters tend to like a more charred, almost burnt crust, I tend to like a softer crust. At Pizza Libretto in Toronto, the crust was so soft it fell apart. That’s no good. But at Nomad, the crust was thick enough to support the ingredients. In my opinion, that’s a great crust. I’d compare it to a place like Motorino or Co. in terms of the quality of the pizza and the value you get. All the pies were priced at $14 except the Marinara ($11) and the pie with arugula and prosciutto ($18). Pies at Co. range from $9-$18 and at Motornio they range from $9-$16. So the same ballpark. One might think the price would drop a bit outside of New York City, but that wasn’t the case at Nomad.

So is it worth the trip? The simple answer is yes. The drive out there is part of the whole experience. Friends thought I was crazy when I told them I was driving 90 minutes for pizza. But Nomad just happened to be a destination. It was exciting weaving my way down a windy country road in anticipation of eating my favorite food with some great company. The outing exceeded expectations and I look forward to more pizza meet-ups in the near future. But in the meantime, perhaps I’ll be returning to Nomad with some friends so they can enjoy New Jersey’s finest pizza.

If you read this blog regularly, you’ll know that I’m not the world’s best photographer. Despite all of the super expensive cameras I was surrounded by, I still managed to snap some half decent photos at Nomad which were posted earlier in this piece. But if you’re looking for some amazing photos, check out Philip’s photos at The Susquehanna Photographic. 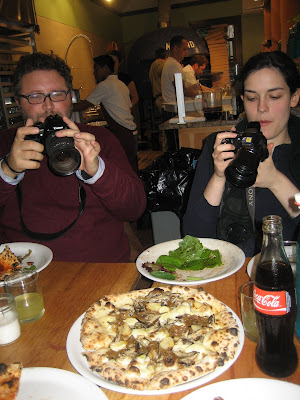 Here are detailed descriptions of the pies we ordered.

2009-10-20
I Dream Of Pizza
Previous: $5 Pies @ Fornino In Williamsburg This Week
Next: Skip The Brooklyn Commute? I Think Not.