Review: Luna Rossa in Carroll Gardens Leaves Something To Be Desired

Posted by: I Dream Of Pizza in New York, Reviews, Uncategorized August 3, 2009

PLEASE NOTE THAT THIS ESTABLISHMENT IS PERMANENTLY CLOSED
Earlier this month, Pizza Club was suppose to hit up Lucali but it kind of burned down… a little at least (Fire at Lucali; Pizzeria Closed Possibly One to Two Weeks). After some swift decision making, I thought it’d be nice to give another local Carroll Gardens establishment a try: Luna Rossa. This was especially timely given Frank Bruni’s nice mention of the restaurant in his New York Times pizza article (Crust Is a Canvas for Pizza’s New Wave) which was published the week before:Indeed, the wave of ostensibly principled pizza restaurants since 2004 has produced a mixed bag. Along the broad middle stretch of the spectrum, between undistinguished and outstanding, I’d place L’Asso, in NoLIta; Tonda, the East Village redo of the restaurant the E.U.; Toby’s Public House, in Greenwood Heights, Brooklyn, which has fine tap beers and a pubby warmth; and Luna Rossa, in Carroll Gardens, whose pies are the best in this little bunch.

Although their pizza was comparable to Tonda, I definitely didn’t think Luna Rossa stood out of the pack. Don’t get me wrong — I had a very enjoyable dining experience — but the pizza left something to be desired. They get huge points for good service, their adorable outdoor garden, and the diverse selection of pies they offer. 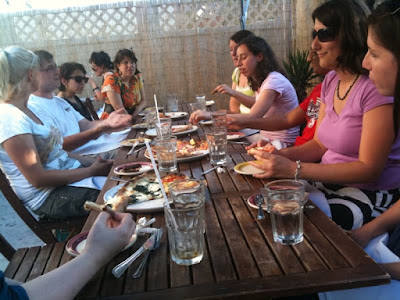 Their menu boasts 18 pies — quite a hefty selection — and we tried more than half of them. And yes… part of me wants to applaud them for coming up with 18 different pizzas they feel confident serving. But another part of me wishes they’d cut the menu in half and focus on perfecting a handful of pies. All of them had potential to be great.

Most of the pies are about $11 or $12 which is slightly cheaper than comparable places in Manhattan. I thought the Marinara ($8.95) was better than expected for a pie so plain, and the Vegetariana ($11.95) and Braccio de Ferro ($11.95) held up well. There was no overwhelming consensus on a particular pie that stood out more than the others. On the other hand, there wasn’t a pie that got a general thumbs down. Everything was tasty, but not necessarily enough to warrant a trip back out here. But for those who live in the neighborhood and don’t want to brave the lines at Lucali — you have a great local pizza joint to check out. 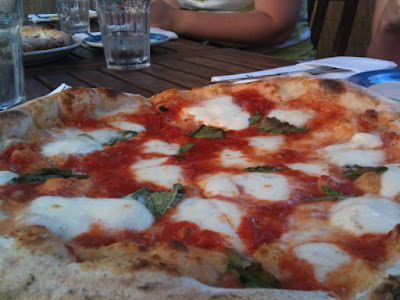 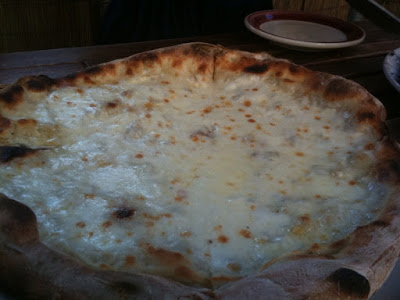 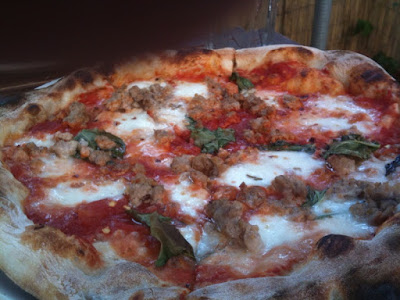 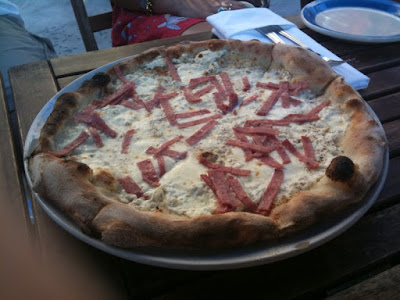 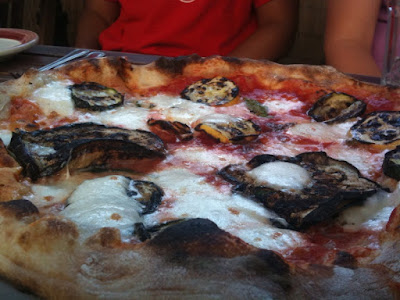 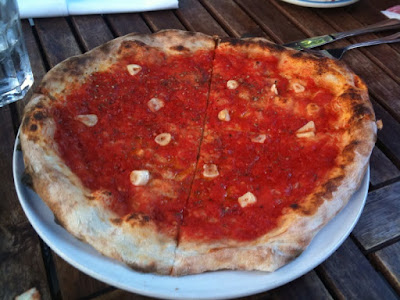 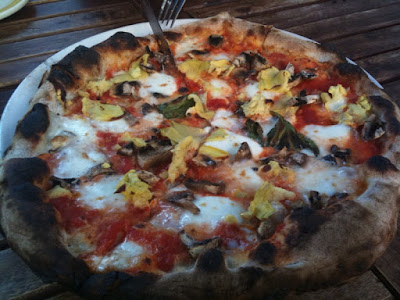 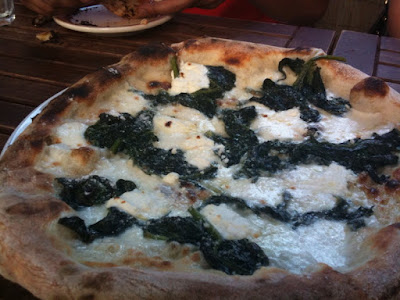 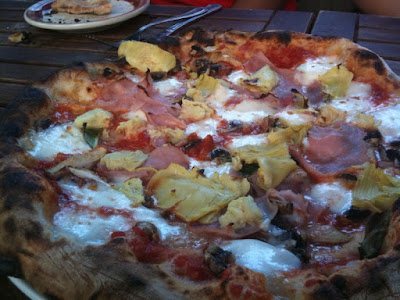 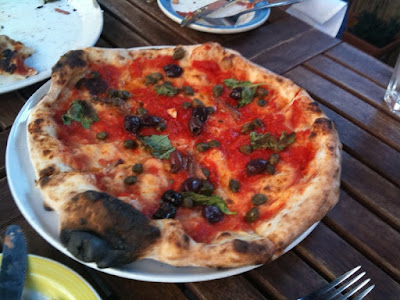