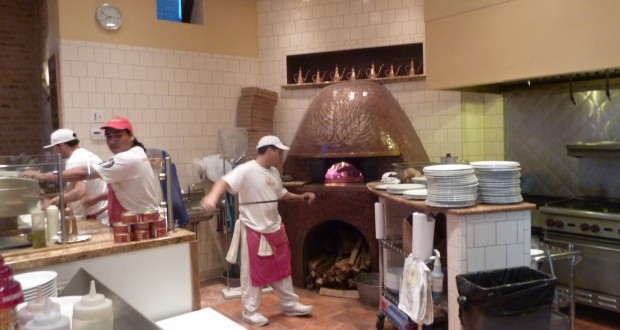 When planning my recent road trip, I knew I wanted to hit three pizza places in Chicago. One was Lou Malnati’s (for a classic deep dish pie), and another was Great Lake (which has garnered national media attention and accolades). But there were just too many places to choose from when it came to deciding …

Summary : If you're in Chicago and looking for pizza other than deep dish, Spacca Napoli is the place to go. Even better if you can go in the summer and take advantage of its outdoor seating.

When planning my recent road trip, I knew I wanted to hit three pizza places in Chicago. One was Lou Malnati’s (for a classic deep dish pie), and another was Great Lake (which has garnered national media attention and accolades). But there were just too many places to choose from when it came to deciding on a third place. I narrowed it down to Nella, Coalfire, and the spot where we ended up: Spacca Napoli (1769 W Sunnyside Avenue). And it’s a good thing we went. They serve some of the best Neapolitan pizza I’ve had.

The first thing that differentiated Spacca Napoli from Neapolitan places in New York was the space itself. It’s located in a neighborhood known as Ravenswood which is mostly residential. Thus, the restaurant has the luxury of a lot of space. It’s easily accessible by public transportation and walking isn’t out of the question depending on where you’re coming from. It’s about a 30 minute walk north of Wrigley Field. 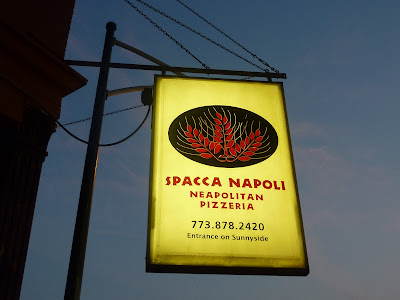 On the night we were there, the temperature was in the mid-70s and every table outside was full. The restaurant can seat about 50 patrons outside. The story couldn’t have been different inside the restaurant. Three sprawling dining rooms, which seat a total of about 150 people, were nearly empty. It’s hard to imagine the place serving so many people, but it would be cool to come back on an evening in the winter when I’m sure the crowds pile in. 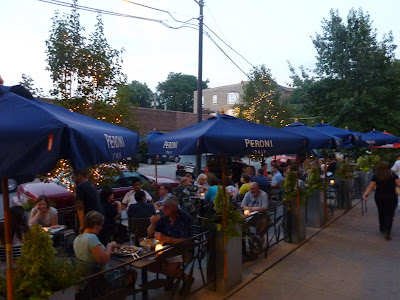 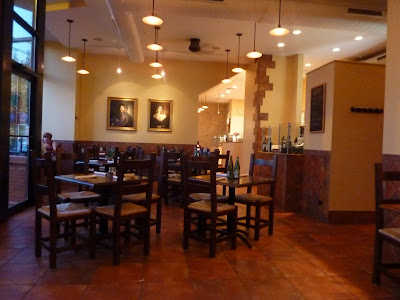 After a short wait, our party of four was seated outside. The menu was divided into “bianca” and “roso” pies — something I’ve noticed frequently at pizza places in Washington DC, but rarely see in New York. We settled on four pies:
Margherita
(Fior di Latte Mozzarella, Basil) 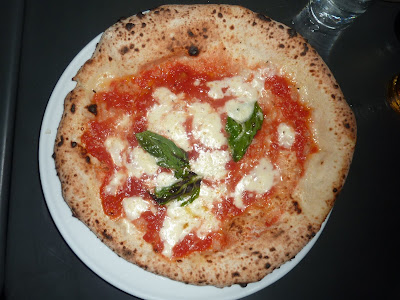 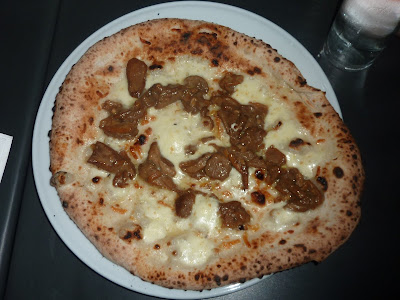 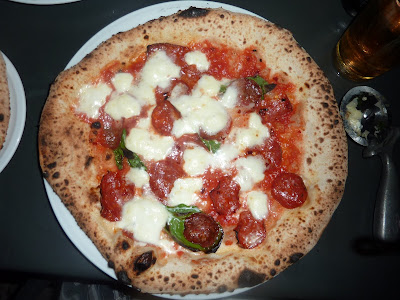 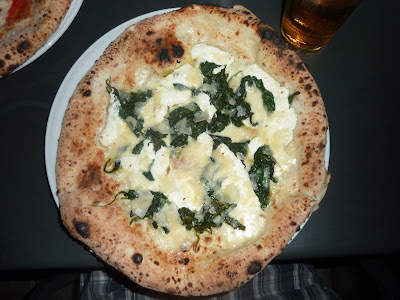 Each pie was delicious. The crust was cooked to perfection – airy and chewy, just as I like it. I was pleasantly surprised at how well Spacca Napoli produced authentic Neapolitan pies. But then again… they are VPN certified and proudly display that outside of the shop. 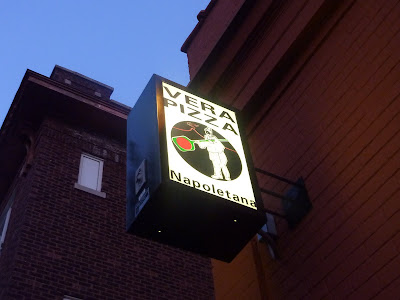 The Diavolo pie came most strongly recommended from the waitstaff and the Fiorentina was on the specials menu. Each pie was filling, but parties should definitely order one pie per person. We didn’t end up trying any of the pies from the “bianca” part of the menu although I suppose the Fiorentina filled that quota. One pie that I really wanted to try was the Bianco Nero (Pecorino with Black Truffle, Fior di Latte Mozzarella, Porcini Mushrooms, White Truffle Oil). Had I been in New York City, I wouldn’t have flinched at the prices. But as we were in a residential area of Chicago, they seemed a bit high. A Margherita pie was $12.50 (compared with, say, $8.00 at Roberta’s and $9.00 at Fornino). I’d expect Brooklyn prices at a place like Spacca Napoli, but we ended up paying Manhattan prices. A Marghrita pie at Keste, for example, is $12.00 and it’ll run you $13.00 at Co. But I didn’t mind the price given the quality of the pizza. And they do top out at $16.00, while pies at Keste and Co reach $19.00.Back inside, workers labored away in the restaurant’s massive kitchen. But with only one oven, I once again wondered how the place could possibly keep up with orders on a busy night. Although the pies only cook for 90 seconds each, it’s going to be a long night if there are 30 orders ahead of yours. Luckily you can soak in the atmosphere at what was a surprising treat in an already strong Chicago pizza scene. 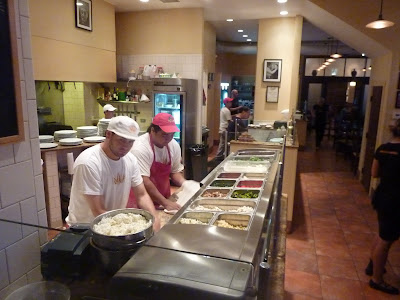