Posted by: I Dream Of Pizza in Argentina, International, Reviews December 7, 2009

The final stop on my Buenos Aires pizza tour was Las Cuartetas (Corrientes 838). Located right across the street from El Palacio De La Pizza, I hopped over right after finishing my slices there, since I didn’t think it made sense to come back another day. I was somewhat full, so I only ordered one slice — the fugazetta. But before I get to the pizza, you should know about the place itself. 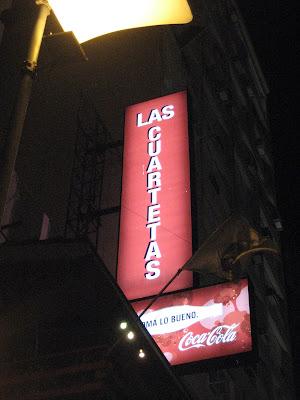 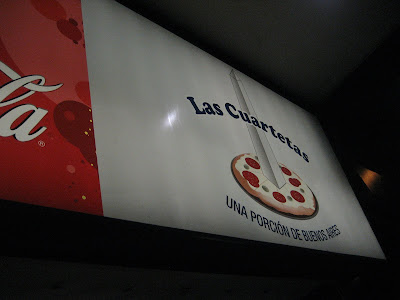 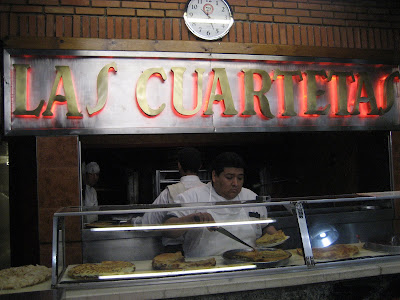 While El Palacio felt almost like a ghost town (or ghost pizza place, if you will) when I was there, it was amazing how much the atmosphere can change just a few feet (okay, meters) away. Las Cuartetas was packed. The front room, which held some 50 people, was full and the back room had another 20-30 people in it — mostly young college aged pizza eaters. The pizza place is located on Avenue Corrientes, as were El Palacio and Banchero, but this is the closest place to the famous Obelisk — a major traffic hub, especially among tourists. So I imagine if someone was in the area and looking for the closest pizza place, there’s a good chance they’d end up at Las Cuartetas as opposed to one of the many other pizza places located a short distance away.

Although not quite as bad as Banchero, Las Cuartetas was nothing to be desired. I had the same problem with my fugazetta slice — it wouldn’t stay together. It was definitely inedible without a knife and fork and tasted more like some melted cheese on a piece of dry toast. At least it was warm. 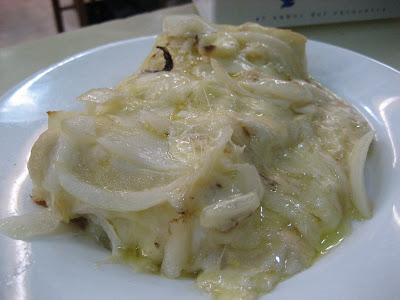 As you can see below, once you made it past the cheese, the actual dough was very dry. The cheese was flavorful and gave the slice some kick, but it didn’t manage to compensate for the sub par base. 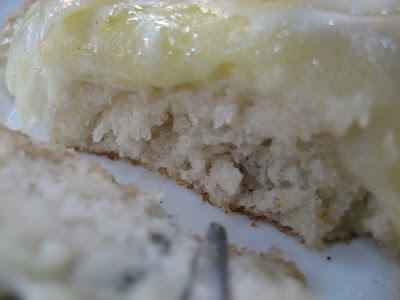 The pie itself looked more appetizing, so perhaps I got a bad slice. As noted above, I’d already eaten pizza at El Palacio before coming here + I only tried one slice here (everywhere else I had multiple slices), so I don’t feel completely comfortable reviewing this place. I can only share my experience with you. The fact that it was crowded — and even in a touristy area, the fact that many of the people seemed to be locals when I was there — would indicate that maybe the pizza isn’t as bad as I think. On the other hand, it’s cheap and in a convenient location — based on only those criteria it sounds like a great place to stop in for a slice. Nobody else there seemed to be taking their pizza as seriously as I do. 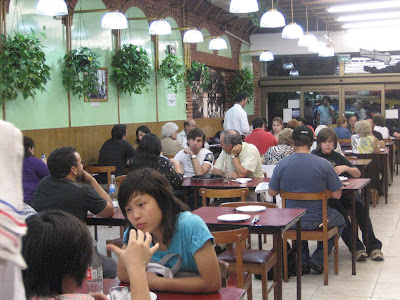 My favorite part about the place was the arrangement. At all the other places you could sit down and order from a waiter or order a slice “to-go” and eat at a counter. At Las Cuartetas there was no “to-go” counter, but rather some seats that were set aside where people could eat their “to-go” slices. This was nice, because I didn’t feel like I was stuffing myself on the run. I enjoyed a beer (and crossword puzzle!) while I ate my slice and was happy to be able to sit down without having to deal with a waiter. As you can see there were lots of people reading newspapers, studying, etc. 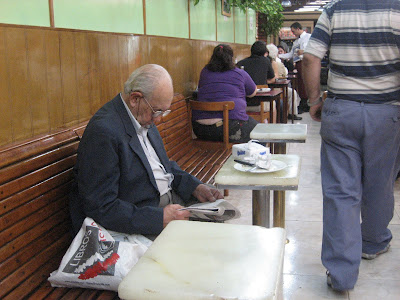 On a final note, I should mention that with all of the cheese that they pour onto every slice, it’s possible — especially for those who might suffer from lactose intolerance — that one might have to use the bathrooms. I saw a lot of bathrooms during my trip and this was this only one that lacked toilets. Yes — if you need to drop one — we’ll you’ll literally need to drop one… into a hole… in the ground. So pop those Lactaid pills or beware! I was thinking of constructing a short concluding paragraph about my Buenos Aires pizza eating experience (as I think I’ve mentioned, El Cuartito was my favorite place and a not to miss stop for any pizza lover), but I’d rather just end my four part recap on that note.

So good night… and good luck!

2009-12-07
I Dream Of Pizza
Previous: Buenos Aires Pizza Tour — El Palacio De La Pizza: A Pleasant Surprise
Next: Totonno’s — Coming Soon To A Boardwalk Near You?