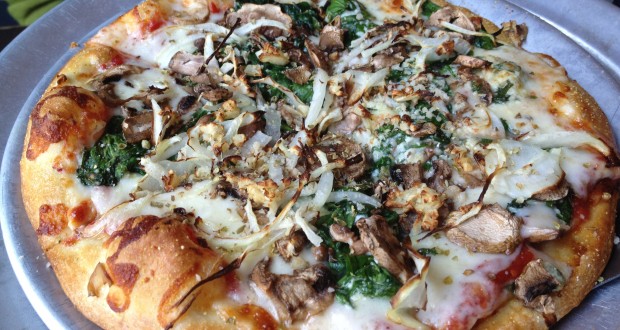 When a pizza place has its menu sectioned off between deep dish pies and thin crust pies its usually a warning sign. In fact, deep dish pies on any pizza menu should be alarming. Other than perhaps one or two Pizzeria Uno locations in Manhattan it’s actually impossible to get a deep dish pie there. …

Summary : I liked Little Star more than I thought I would -- for both the quality of their deep dish and regular pies. It's not easy to do both well and Little Star gets it right.

When a pizza place has its menu sectioned off between deep dish pies and thin crust pies its usually a warning sign. In fact, deep dish pies on any pizza menu should be alarming. Other than perhaps one or two Pizzeria Uno locations in Manhattan it’s actually impossible to get a deep dish pie there. And there is a reason for that. In San Francisco, on the other hand, there are a handful of places that serve deep dish pies.

On of them is Little Star, a mini chain with three locations in the Western Addition, Mission and Albany neighborhoods. I’d heard their pies were good. But it had everything going against it when I sat down: (a) it had deep dish pies on the menu, (b) it was a mini chain, and (c) it’s in San Francisco (a fact not to be overlooked — pizza in San Francisco just isn’t that good in general). 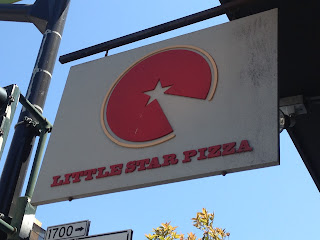 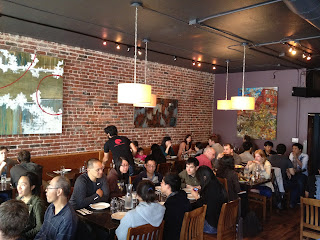 Given all of this, I was pleasantly surprised when I bit into both a thin crust and deep dish pie my friend and I ordered. They were pretty good. Not “go out of your way and run here now” good. But above average. We opted for a “Classic” personal deep dish (sausage, mushrooms, onions, green bells) which cost $8.95 and a “Little Star” personal thin crust (spinach blended with ricotta & feta, mushrooms, onions, garlic) for the same price.

The deep dish pie had a flavorful sauce and was not disgustingly heavy. I strongly recommend the personal sized pie — which I’ve also enjoyed at places like Lou Malnati’s in Chicago — because they hold together well. With a large pie you often end up eating clumps of cheese and sauce. All of the other ingredients added a different element to the pie, but none stood out in a negative way. I didn’t have high hopes for this pie, but as far as deep dish goes… it was solid.

Although our thin crust Little Star pie looked tasty, I was unsure how it would stack up to the deep dish pie. In short: it stacked up well. I was nervous about the onions and mushrooms in particular, but they were both cooked to perfection. I was nervous about the pie having too heavy of a ricotta flavor, but it had just the right amount of cheese. The crust was soft and thick enough to hold together the toppings. Another hit when I least expected it. 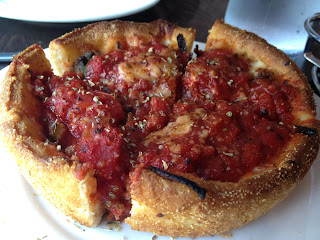 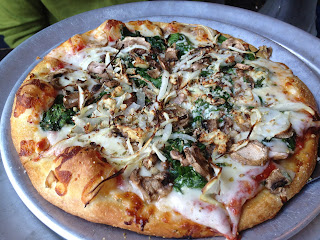 I’m certainly not going to tell you that you must try Little Star. But it’s certainly a viable option for pizza in San Francisco. They use good ingredients, their menu is focused on a small number of pies — all of which they presumably do well, the prices are reasonable, and the service was friendly. Maybe we’ll be seeing a few more Little Star locations in the coming years. I’d be in favor of that.
California Little Star San Francisco 2012-07-10
I Dream Of Pizza