WHAT'S NEW?
Home / Reviews / USA (Non-NY) / California / It’s All About The Bread At This LA Spot 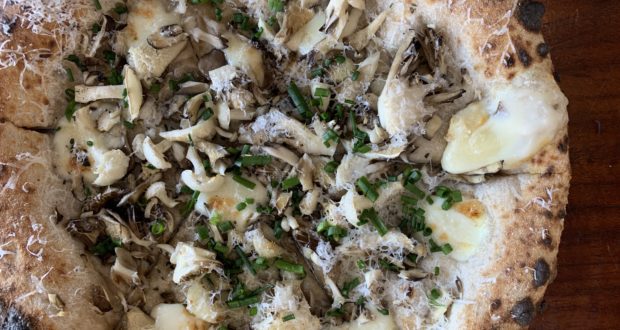 Lodge Bread Company (11918 Washington Blvd) is one of my favorite Los Angeles restaurants to grab an early morning bite. Their pastries are delicious. And their shakshuka is to die for. But Lodge Bread Company also serves pizza starting around lunchtime. In my numerous visits there over the past couple of years, I had always …

Lodge Bread Company (11918 Washington Blvd) is one of my favorite Los Angeles restaurants to grab an early morning bite. Their pastries are delicious. And their shakshuka is to die for.

But Lodge Bread Company also serves pizza starting around lunchtime. In my numerous visits there over the past couple of years, I had always arrived prior to then, so during my most recent trip to Los Angeles, I made sure to swing by later in the day — specifically after 11:30AM, when six pies are available to order. They are served until closing at 6:00PM, so long as they don’t run out of dough beforehand. 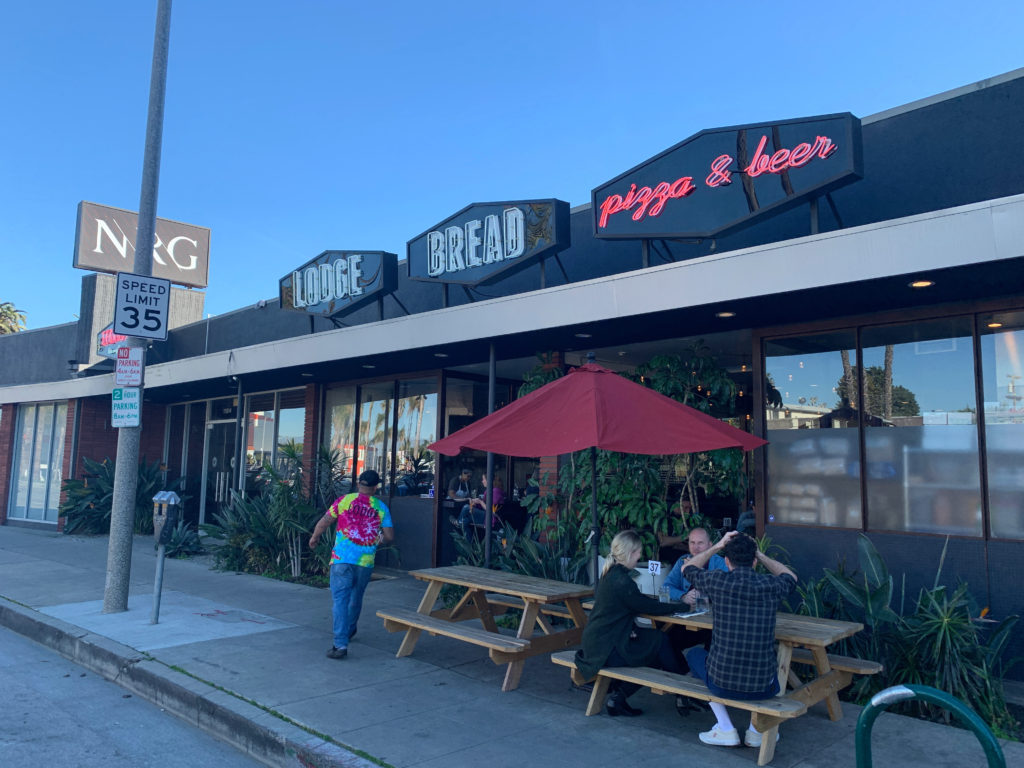 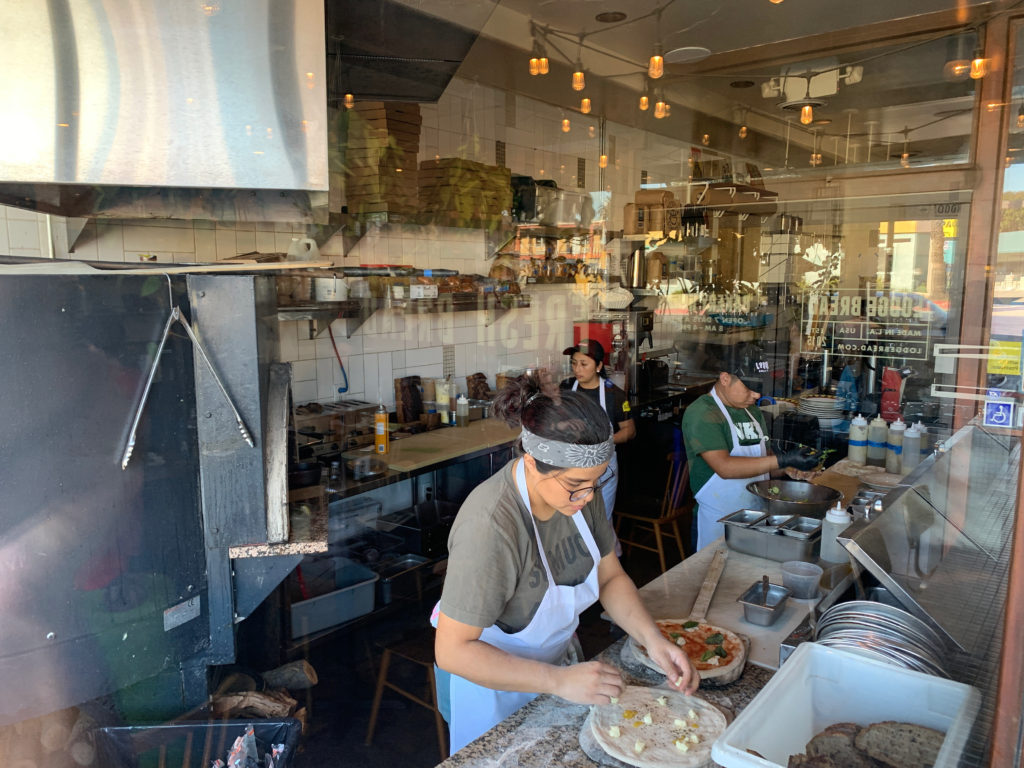 The Los Angeles pizza scene is getting more and more crowded. Earlier this year, I spotlighted La Morra pizza, a mobile pop-up vendor. I love the pies at Bestia (also, not technically a pizza place). Roberta’s has an outpost at Platform in Culver City. Naples’ Da Michele recently opened a location in Hollywood. And Pizzeria Bianco is on the way. Pizzana in Brentwood is well regarded. As are Pizzeria Mozza and Jon and Vinny’s. Most of these places — with the exception of Mozza which opened in 2007 — are relative newcomers. With more fierce competition comes a higher bar for pizza excellence.

So how does Lodge Bread Company fare? My initial observation was that their pies are small. They are personal, like at all of the aforementioned places, but even a mildly hungry patron should be able to finish one. If you’re super hungry, two people could probably split three pies. I opted for a Margherita pie (mozz, alta cucina tomato, basil) and Wild Mushroom pie (alta cucina tomato, basil, thyme, garlic). Other options included a Potato pie, Nduja pie, Pepperoni pie, and Marinara pie.

But what the pies lack in size, they make up for in taste. The crust is puffy and chewy — and unlike perhaps any other I’ve tasted. It’s a whole wheat dough, and uses the same whole grain flour that is used in many of the establishment’s bread. It is definitely the most notable part of the pies, especially given how light the toppings are. My margherita wasn’t doused in tomato sauce. Rather, a light layer serves as a base for the dollops of mozzarella cheese. The mushroom pie had the similarly distinct crust, with a pleasant addition: grated cheese along the pie’s exterior. The mushrooms weren’t the soggy mess that you sometimes encounter at pizza places. They were fresh and funky. 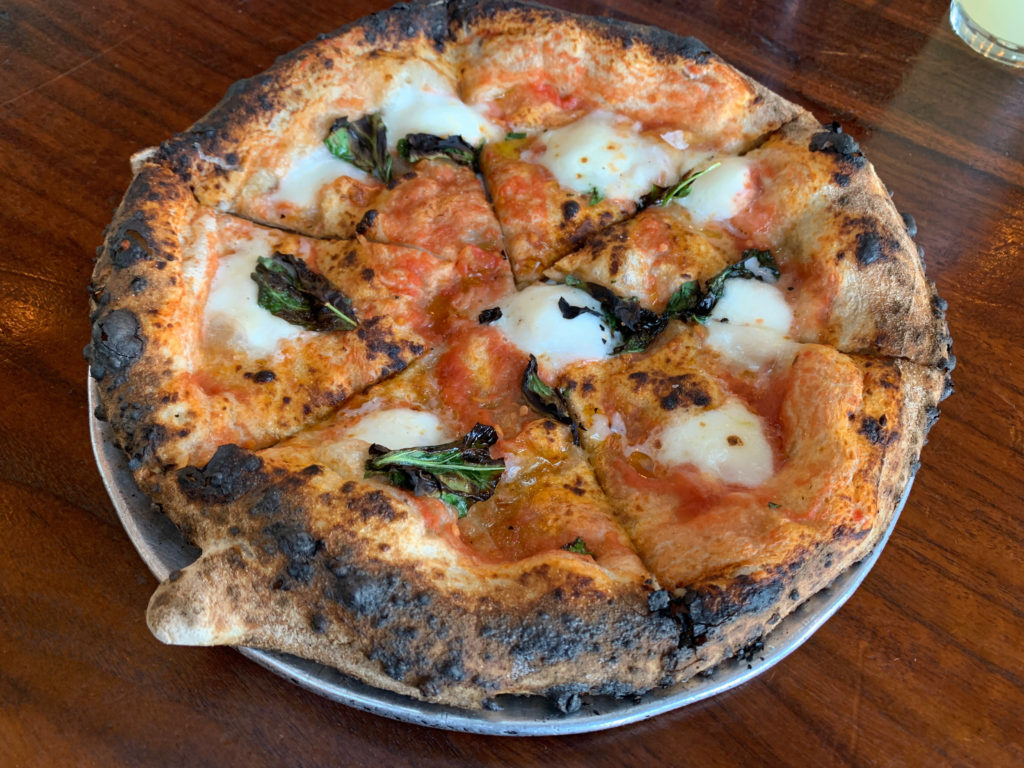 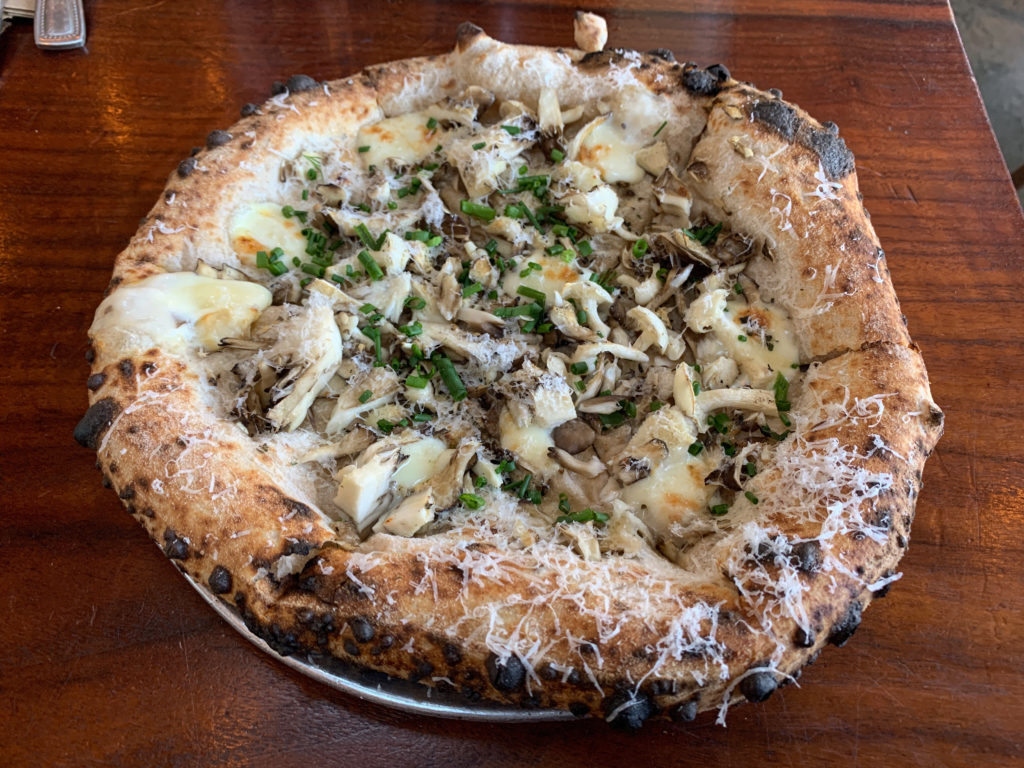 I was glad that I tried the pizza at Lodge Bread Company. If you’re in from out of town and limited in what you’re able to order during a single visit there — I can’t say enough good things about the shakshuka. But if you live in town and frequently visit Lodge, it is certainly a nice addition to the Los Angeles pizza scene. With a focus on fresh ingredients and a superb dough recipe and process — it might be some of tastiest pizza being made in Los Angeles right now.

2021-03-01
I Dream Of Pizza
Previous: Pizza Go Bragh: Knockout Pizza In Ireland
Next: An (Illustrated) Guide To Pizza