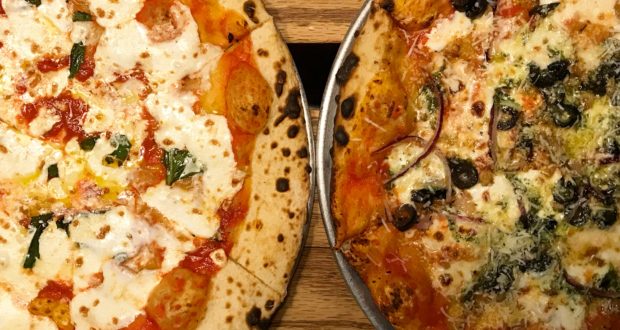 It’s no secret that some of the best pizza in the world can be found in New York City. But what many people don’t know is that the pizza being made just north of the city should not be overlooked. The Parlor in Dobbs Ferry (9.5 IDOP review) rivals any Neapolitan pizza place in NYC …

It’s no secret that some of the best pizza in the world can be found in New York City. But what many people don’t know is that the pizza being made just north of the city should not be overlooked. The Parlor in Dobbs Ferry (9.5 IDOP review) rivals any Neapolitan pizza place in NYC (or the United States, for that matter). And the weekend pizza nights at Table On Ten (8.7 IDOP review) – a roadside restaurant and inn in Bloomville — shouldn’t be missed. The Hudson Valley also boasts its share of pizza pop-ups, like the seasonal offerings at Westwind Orchard.

As I’ve spent more and more time upstate in recent years, I’ve come to really appreciate the pizza there. There are a number of benefits to serving (and eating) pizza outside of NYC. First off, since there is more space, there is a greater opportunity to be creative when designing food establishments (for example, Table On Ten occupies the first two floors of a repurposed roadside house). Second, the ingredients are often fresher, coming from nearby farms or in some cases – like at Westwind Orchard – directly from the property itself. And third, there are usually no waits. I’ve been quoted wait times over two hours at Paulie Gee’s and Roberta’s on the weekends, but I’ve never had to wait for a seat at an establishment upstate.

All of these factors lend themselves to a conducive environment for pizza consumption.

During a recent weekend getaway, I swung by The Lantern (10 Main Street) — a bar in Wassiac, NY. There are few online write-ups of the establishment aside from a notable 2014 feature in the New York Times’ T Magazine. The bar, which is located on the first floor of a building from the late 1800s, was recently restored. As part of that restoration, a wood fired oven was installed. And a pizza-focused food menu was created. 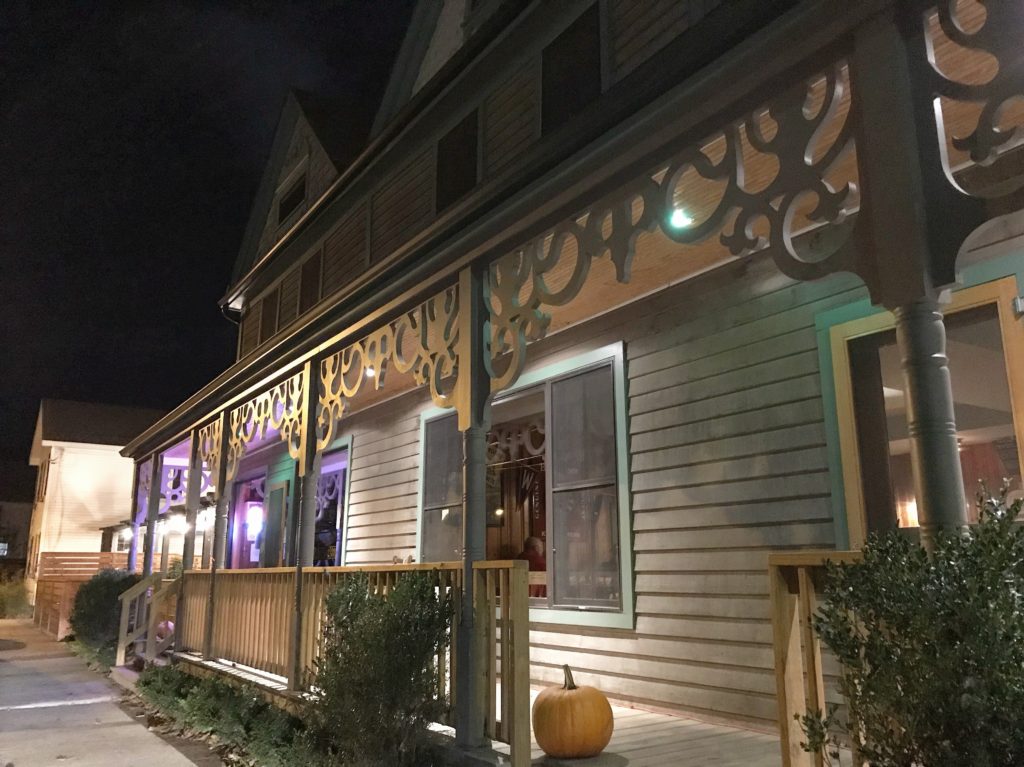 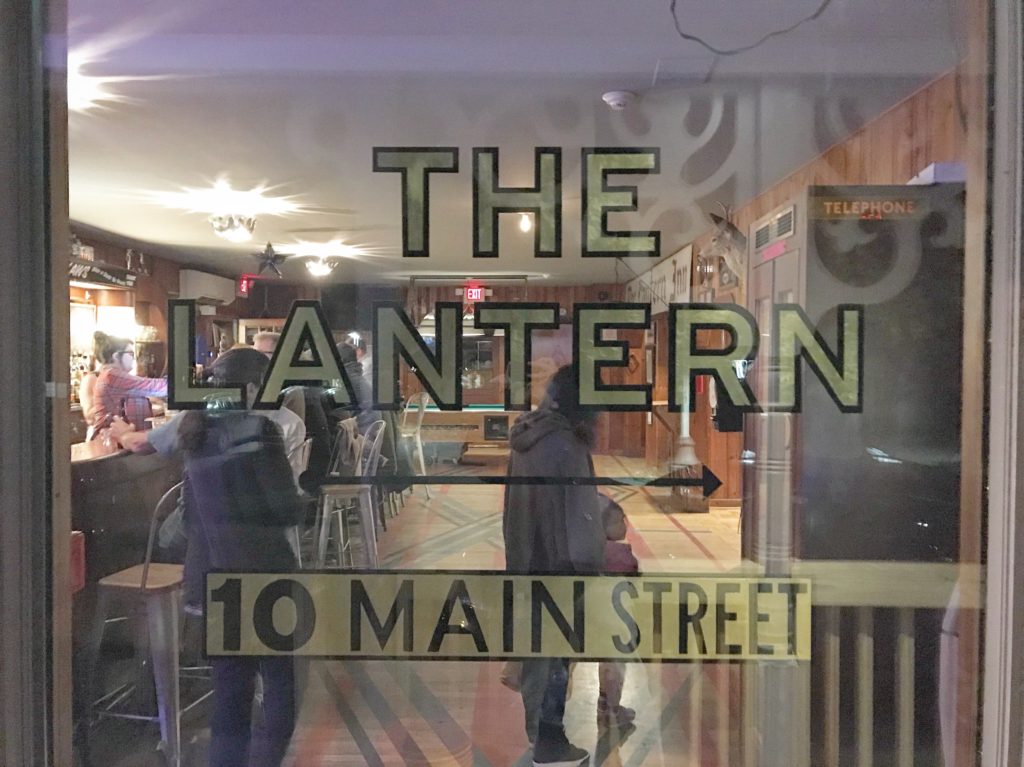 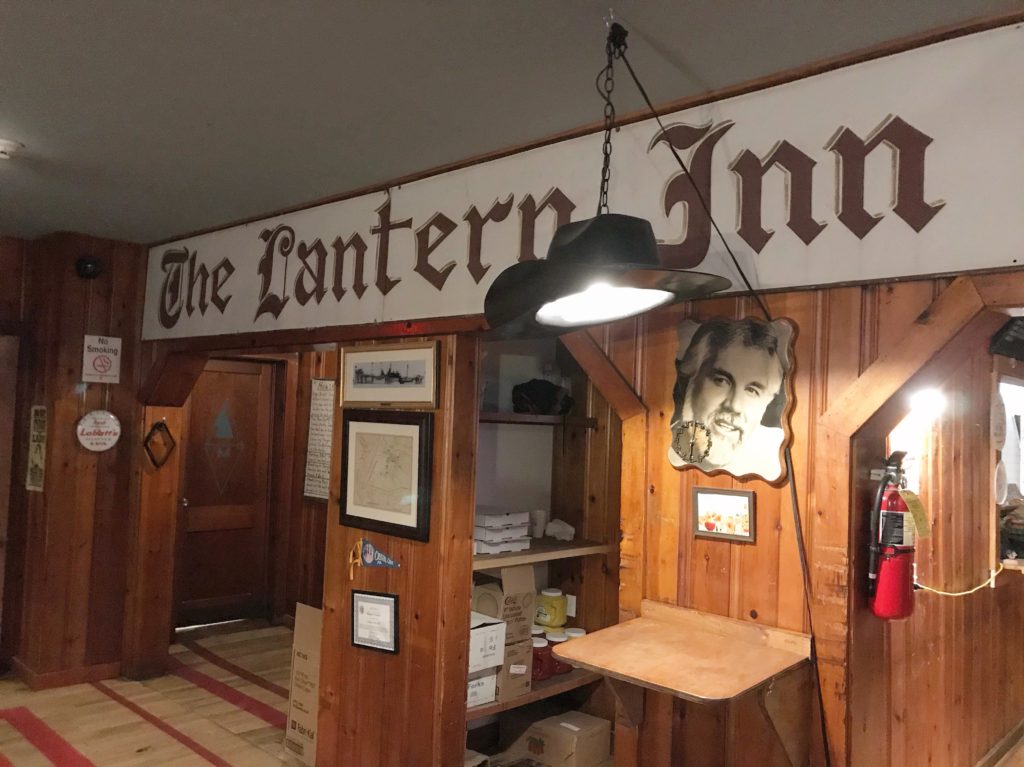 My wife and I arrived on a Friday evening around 8PM and I expected to find a few lonely souls, holed up at the bar. After all, we’d been driving on the backroads for quite some time, and there didn’t appear to be anything else open in this town. It felt like we were in the middle of nowhere.

But when we entered the bar, I was surprised to find a lively scene. Every seat was occupied at both the bar and in the adjacent side room where the pizza is served. There were families with toddlers and grandparents who might have been born just a few decades after the bar was originally built. Beers were flowing, pizzas were cooking, and The Lantern was hopping. 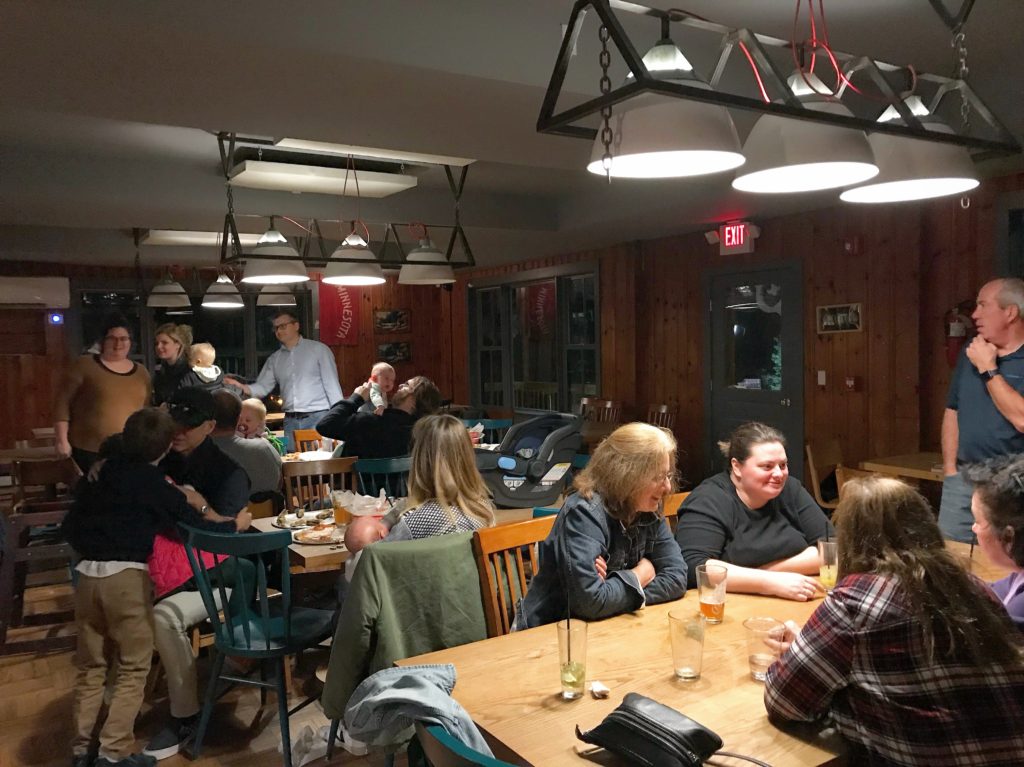 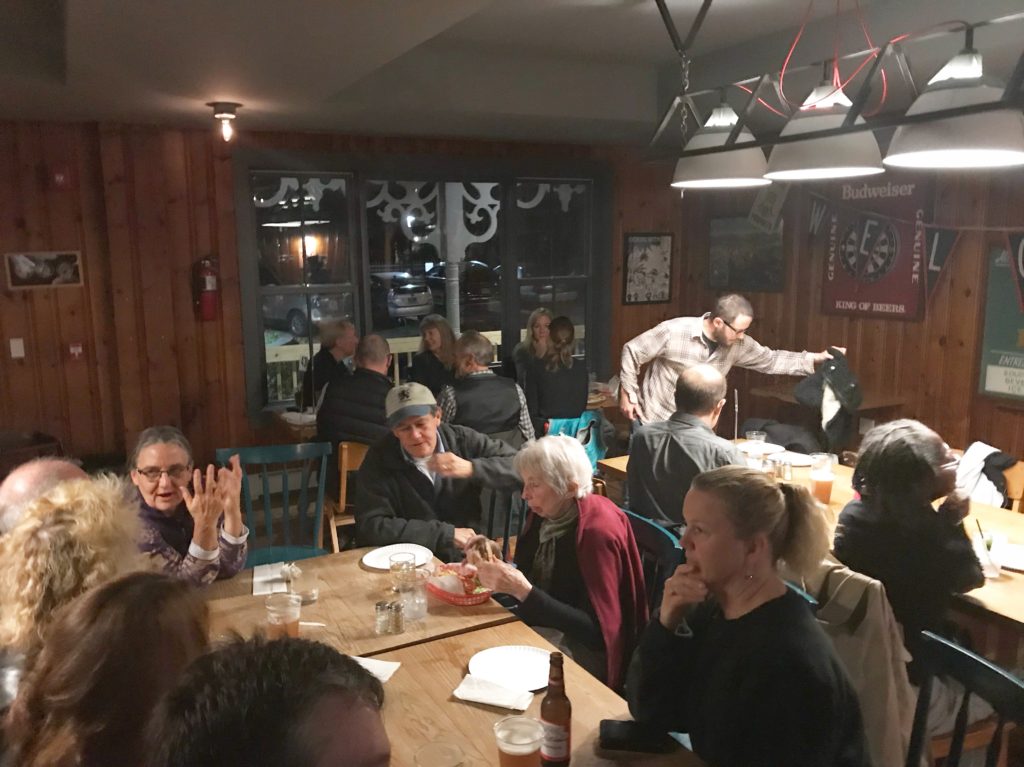 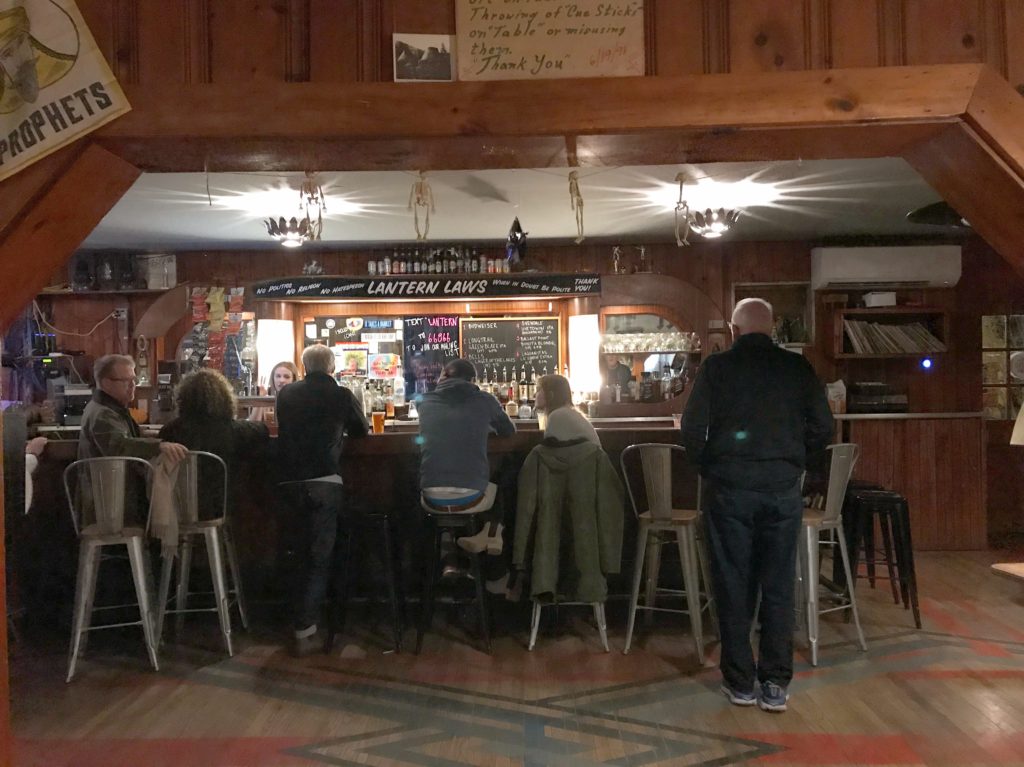 There were five pies on the pizza menu + one special, all priced between $12 and $16 (did I mention pizza is also cheaper outside of NYC?). We opted for a Margherita and the special: The Limo Driver (light sauce, mozz, pesto, olives, red onion, sausage, and roma). The pizzas came out within minutes and my wife and I grabbed a table to dig in. 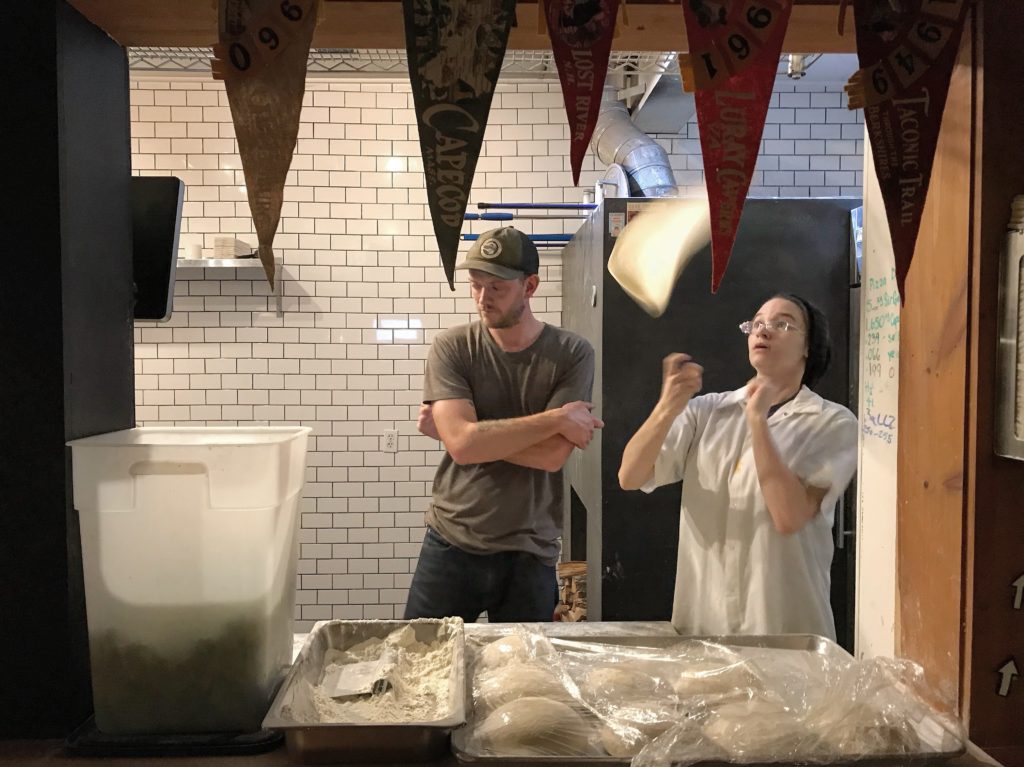 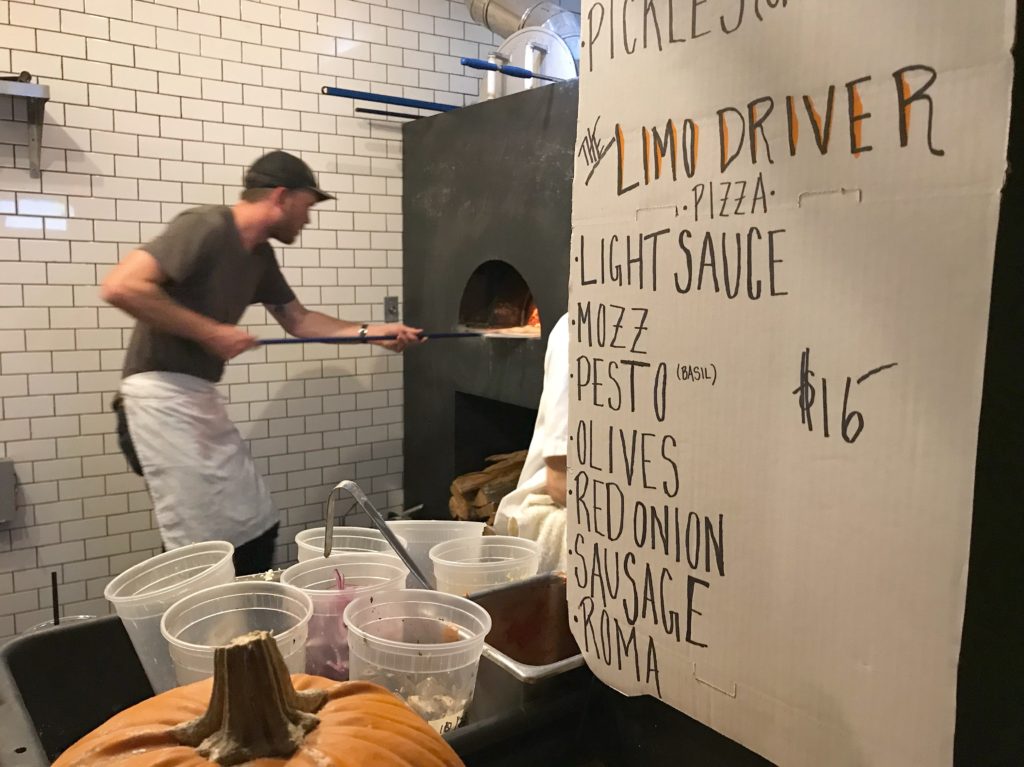 The margherita was average. Not quite up to the standards of what you’d find at some of the top Neapolitan pizza places in NYC. But much better than what you might hope to find at a 120 year old bar. The Limo Driver was exceptional. The two most prevalent flavors were the onions and cheese. It was difficult to discern the pesto. I really enjoyed this pie and would order it again if I ever find myself back in that neck of the woods (literally… The Lantern is essentially located in the woods!). 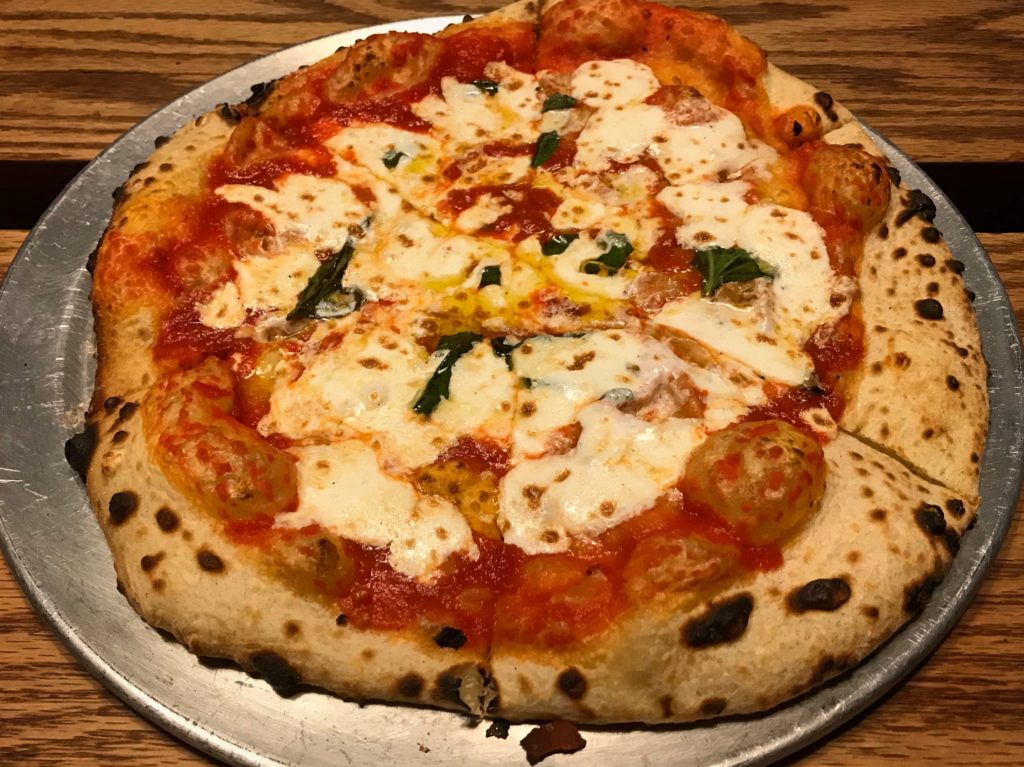 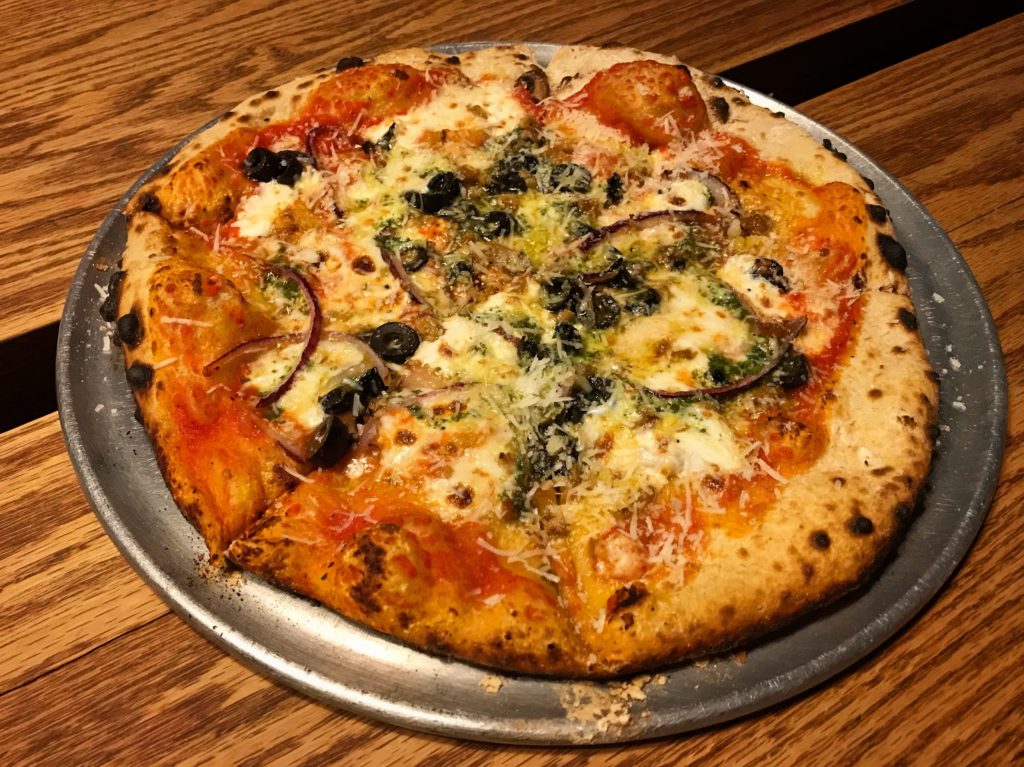 The Lantern gives new meaning to “bar pizza.” Although traditionally, a bar pie is representative of a particular thin crust pizza-style (a void in both New York City and upstate), I’d argue that more generally “bar pizza” should be defined as follows: awesome pizza served at an establishment that was primarily built and designed to operate as a bar.

And in that sense, the Lantern’s “bar pizza” is a hit.

2020-05-08
I Dream Of Pizza
Previous: Impossibles Pizza: Pies From A Van On Oahu’s North Shore
Next: Kansas City’s Grinders Leaves Much To Be Desired