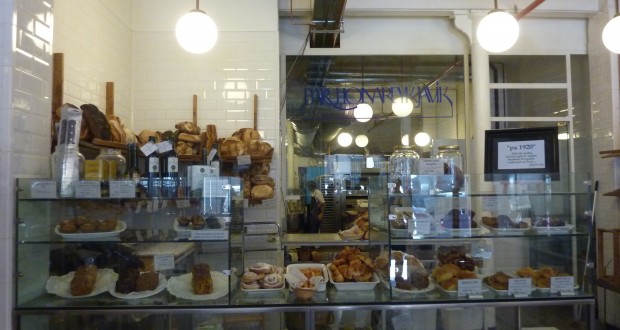 Stick To The Pastries At BarcelonaReykjavik Bakery In Spain

Posted by: I Dream Of Pizza in International, Reviews, Spain June 3, 2011

Stick To The Pastries At BarcelonaReykjavik Bakery In Spain

After spending a week in Italy on a pizza adventure this winter, I headed to Barcelona for a few nights to meet a friend of mine who is currently working near there. Although I had intentions of at least trying some pizza in Barcelona, it wasn’t the primary purpose of my trip. To be honest, …

Summary : Come here for the pastries, not the pizza. This upscale bakery does a lot of things right, but pizza isn't one.

After spending a week in Italy on a pizza adventure this winter, I headed to Barcelona for a few nights to meet a friend of mine who is currently working near there. Although I had intentions of at least trying some pizza in Barcelona, it wasn’t the primary purpose of my trip. To be honest, after trying nine pizza places in Naples and Rome, I was ready for a bit of a pizza respite. Plus, Barcelona is known for it’s eclectic mix of cuisines, not one of which is pizza.

I made it through the first few days of my trip without thinking about pizza. I’d had excellent meals at spots like Taller De Tapas and felt no need to work some pizza into my diet. But on our third day there, we wandered into a bakery just off Las Ramblas. We weren’t even particularly hungry, but the smell of fresh baked goods lured us in. The name of the bakery was the not-so-easily-pronounceable BarcelonaReykjavik (12, Carrer del Doctor Dou, 34-93-3020-921). 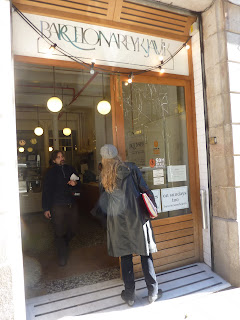 It was still pretty early in the morning and my eyes were immediately drawn to the fresh brioche buns, cinnamon roles, chocolate croissants, and assortment of other pastries. Everything is made in-house and is about as fresh as it gets. 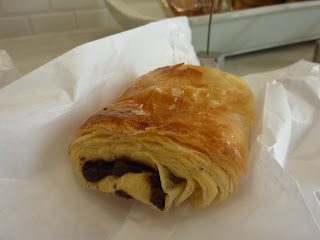 Among all of these baked goods, however, I noticed a tray of somewhat neglected pizza-like treats. The small, disc-shaped breads were covered with cheese, sauce, spices, and toppings. Sounds like pizza to me! I ordered one with olives and it was put back in the oven to be reheated. When I bit into the pizza, however, it was still just lukewarm. It could have definitely benefited from a few more minutes in the oven. Although it had probably only been sitting out for a few hours, it didn’t taste as fresh as the pastries I tried.
I suppose since BarcelonaReykjavik isn’t a pizza place, they’re not selling their pizzas as frequently as other items. I still thought their pizza had potential though — you can tell from the moment you walk in that the place focuses on producing fresh, high quality baked goods. My advice though: stick to the pastries. 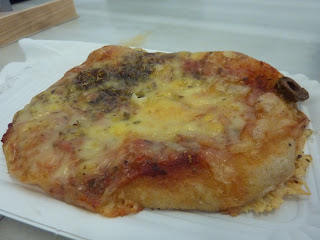