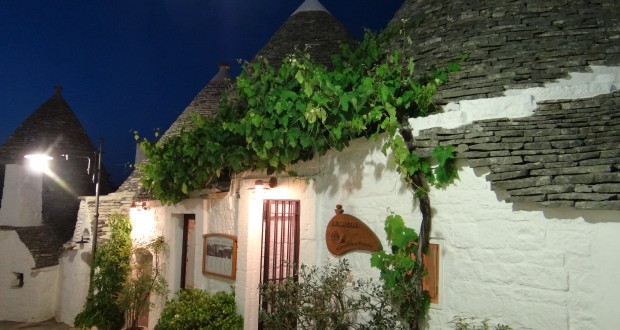 Pizza In A Trullo: Pies In Italy’s Puglia Region

Pizza In A Trullo: Pies In Italy’s Puglia Region

In June, I spent two weeks in Italy on my honeymoon. I’ve spent a lot of time in Italy in the past. And I’ve eaten a lot of pizza there (check out my 13-part series from 2011). So, understandably, my focus was not on pizza this time around (as it so happens, we ate pasta …

Summary : Above averages pizza in an incredibly unique setting -- inside of a Puglian trullo in eastern Italy.

In June, I spent two weeks in Italy on my honeymoon. I’ve spent a lot of time in Italy in the past. And I’ve eaten a lot of pizza there (check out my 13-part series from 2011). So, understandably, my focus was not on pizza this time around (as it so happens, we ate pasta just about everyday).

That being said, there was no way I was going to visit Italy and not have a few pizza meals. One of the better places I tried was called Il Pinnacolo (Via Monte Nero, 30) in Alberobello — a town located in the Puglia region of Italy. This is what Alberobello looks like: 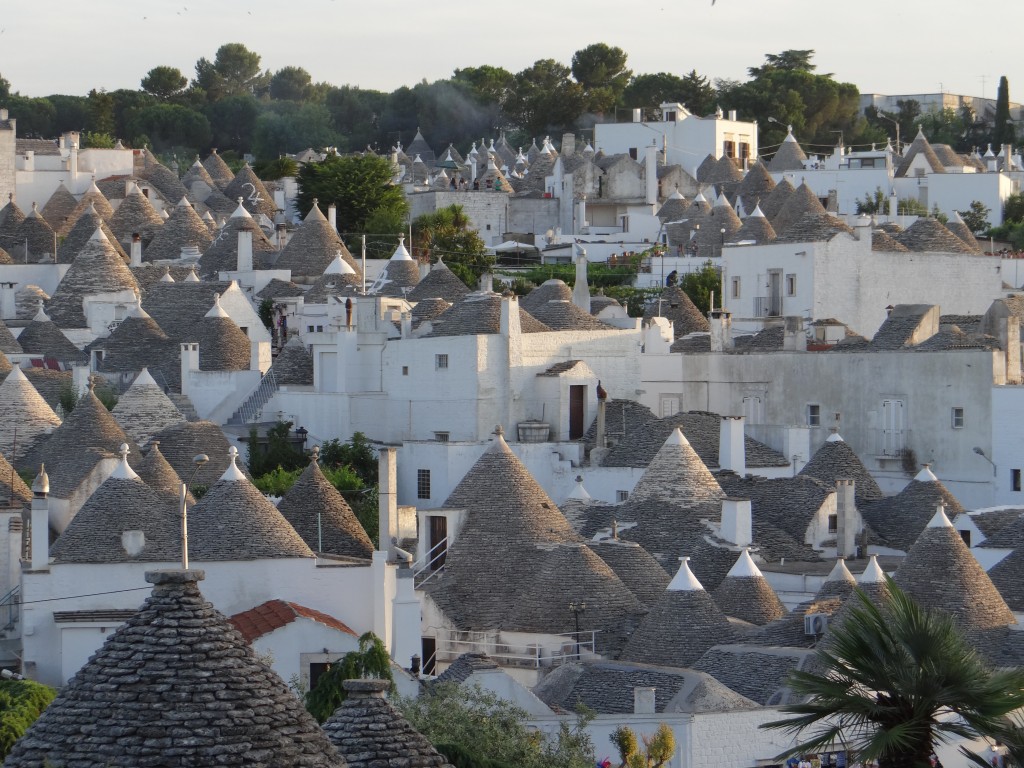 It’s a town made up of hundreds of trulli (singular: trullo). I wasn’t aware of what trulli were until earlier this year when I came across a photo similar to the one I took above… and immediately noted that I needed to visit this town. Trulli are dry stone huts with conical roofs. Historically, they were constructed as temporary shelters and storehouses. But over the past 20 years, many abandoned trulli have been restored — some are rented out as apartments and others house businesses and restaurants. Not only did we stay in a trullo, but we also dinned in a trullo. 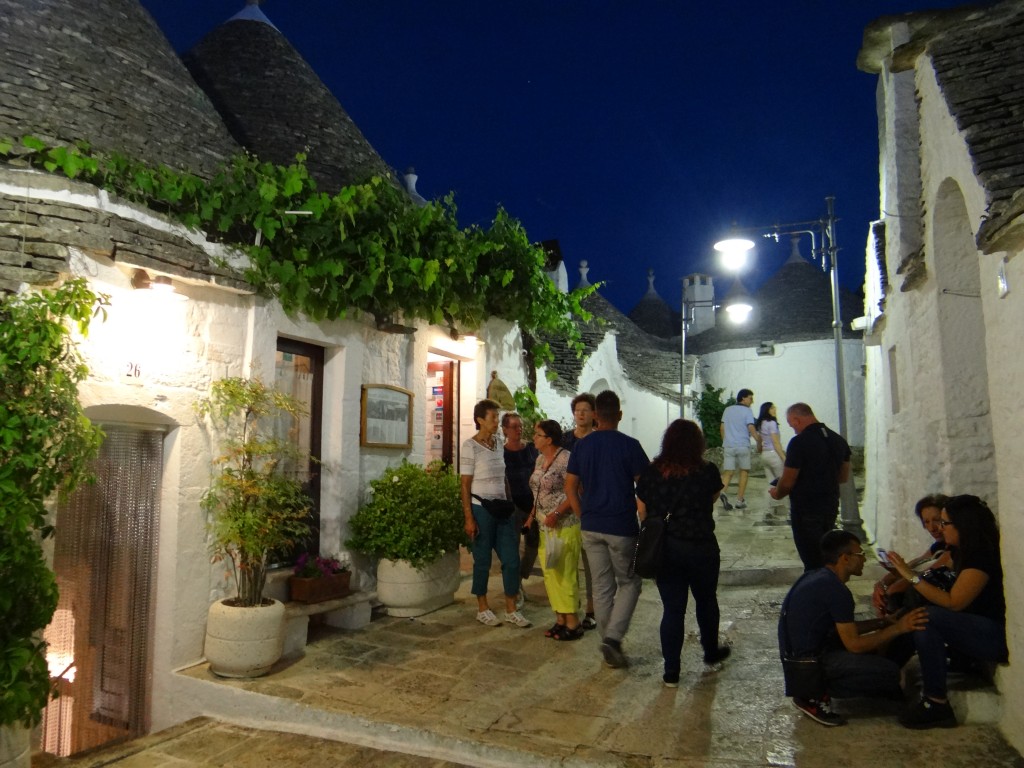 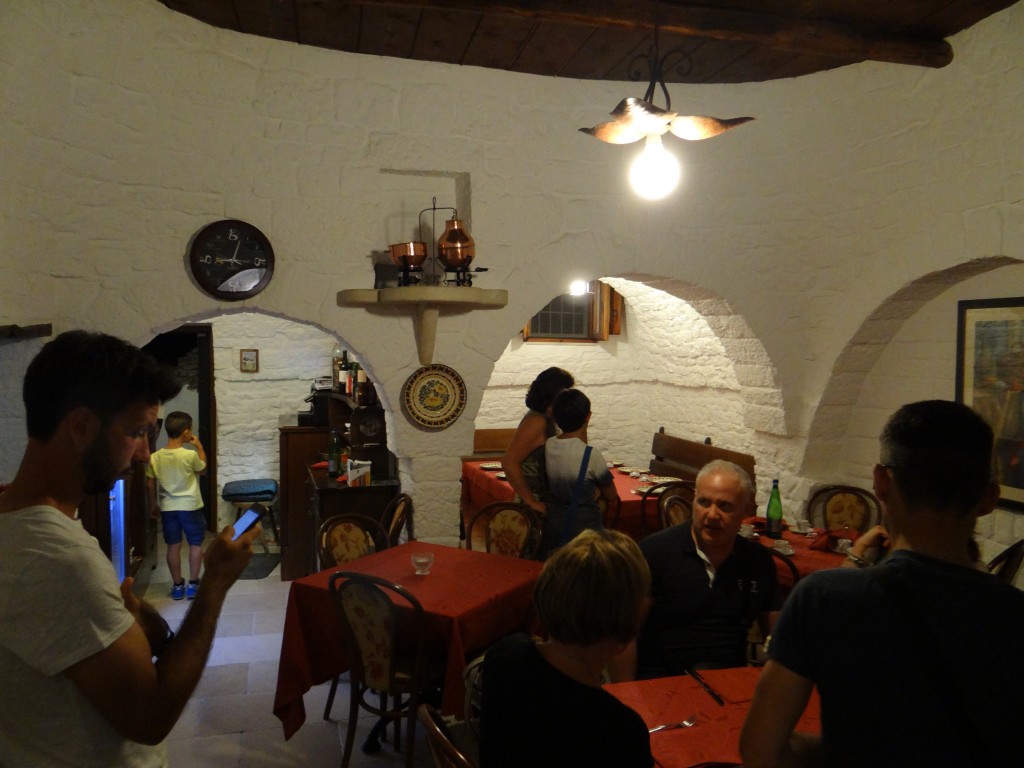 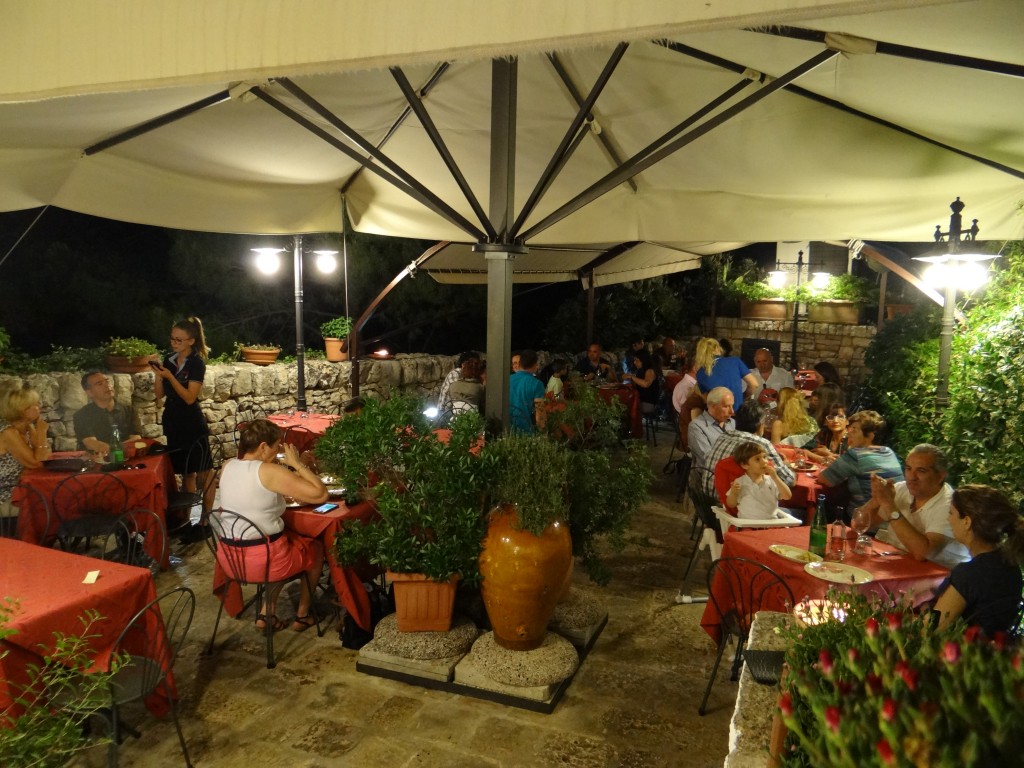 Walk into Il Pinnacolo and you can see the hut-like structure of the trullo from inside — featuring arches and the conical roof. The restaurant also has a large backyard which was packed on the evening we were there. Even though it’s quite scenic back there, I recommend sitting inside. There is something cool about dining inside of a trullo rather than under an umbrella outside.

There are 23 pies on the menu ranging from €4-€8 Euro (about $5-$9 USD). Even though Alberobello has become a popular tourist destination, prices haven’t quite caught up yet. We ordered a Margherita pie (€4) and a Mary pie (€7) featuring zucchini, eggplant, peppers, bread crumbs and presa cheese. Both were really tasty — above average for what you might find at a nondescript pizza place in the States, but standard for pizza in Italy. There are probably hundreds of other similar quality spots in the region, but few others that you can enjoy inside a historical trullo. 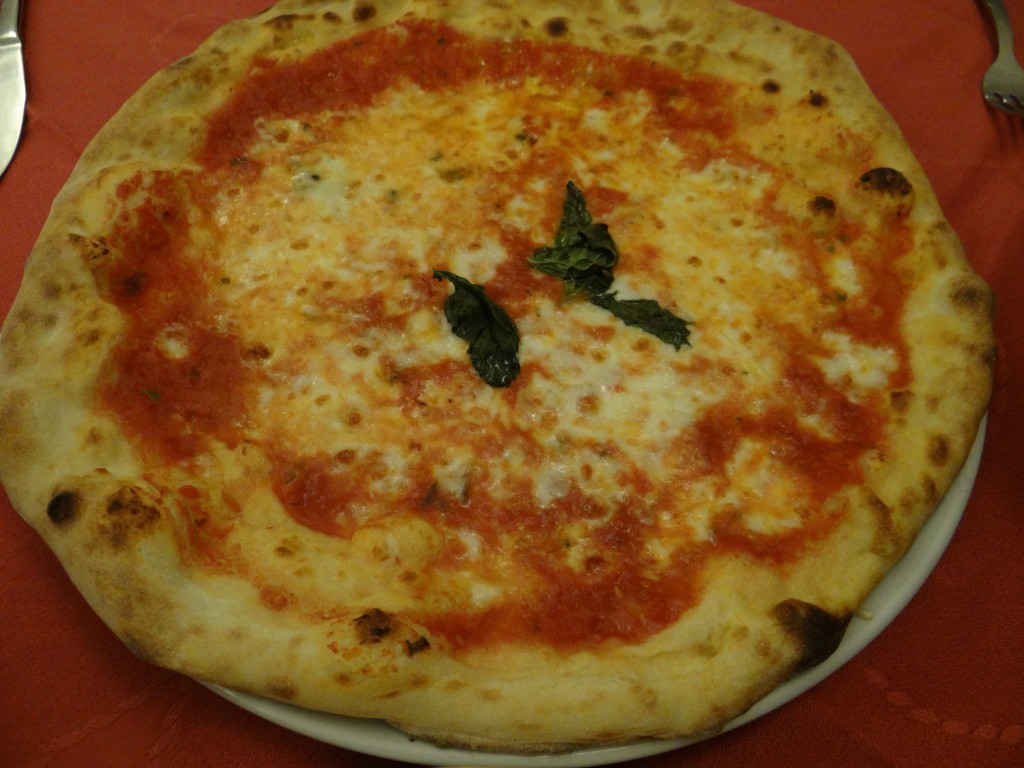 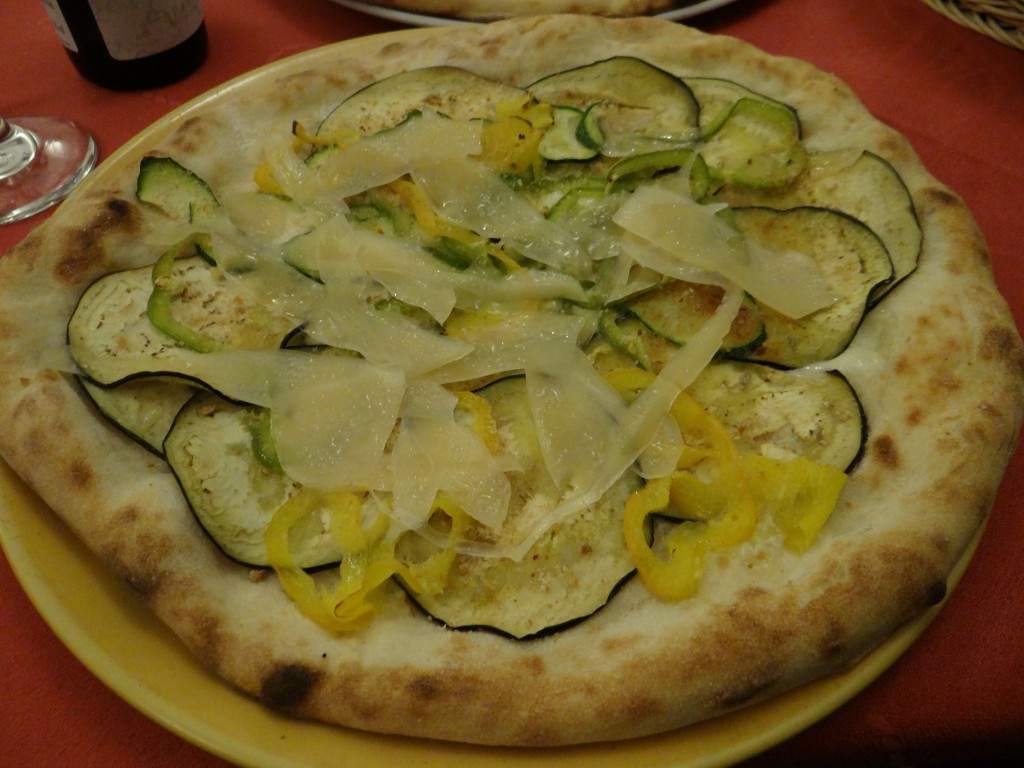 Alberobello is worth a visit on your next trip to Italy. In fact, spending an entire trip in the Puglia region is highly recommended. We only spent two nights there, but I am already eager to go back. You can fly into Bari or Brindisi. Otherwise, it’s about a 3 hour drive from Naples which is how we got there. And if you make it to Alberobello, make sure to enjoy a meal in a trullo. For the price point and quality, you can’t beat some pizza. But this experience was more about the setting than just the food.

Previous: The 7th Annual NYC Pizza Run Is Happening Next Month
Next: Scenes From A Pizza-Slinging Hudson Valley Orchard