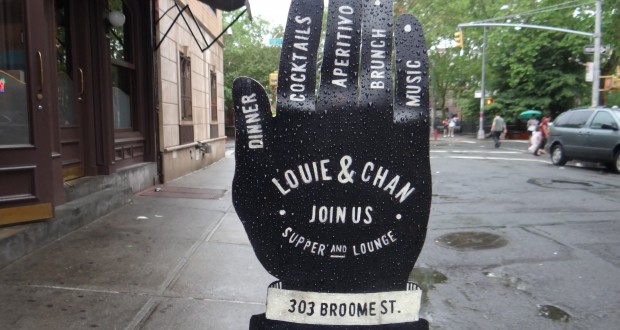 Louie & Chan. What type of food do you think they serve at a restaurant with that name? Probably not pizza. But hey — you’re reading a pizza blog, so no secrets here. Louie & Chan (303 Broome Street) is a Lower East Side pizza place & lounge that opened its doors in late 2013. …

Summary : Louie & Chan serves better than expected pies out of a lounge on the Lower East Side. Stick with the vegetarian pies and you'll be pleased.

Louie & Chan. What type of food do you think they serve at a restaurant with that name? Probably not pizza. But hey — you’re reading a pizza blog, so no secrets here.

Louie & Chan (303 Broome Street) is a Lower East Side pizza place & lounge that opened its doors in late 2013. Upstairs there is a restaurant which seats about 25 people and downstairs a lounge (which was closed when I was there with a group of 10 on a Sunday evening). Louie & Chan isn’t the type of place that you’d expect to serve good pizza. It seems like the type of place that is first and foremost trying to be a cool Lower East Side drinking establishment. The type of place where the owner said: “Hey — what type of cool food could we serve along with fancy cocktails? Oh, pizza is cool. Let’s serve that.”

However if you walk into Louie & Chan with that assumption, you’d be wrong. Because the pizzas there are actually pretty tasty. Not destination worthy. But worth ordering if you’re in the area and craving some pizza. 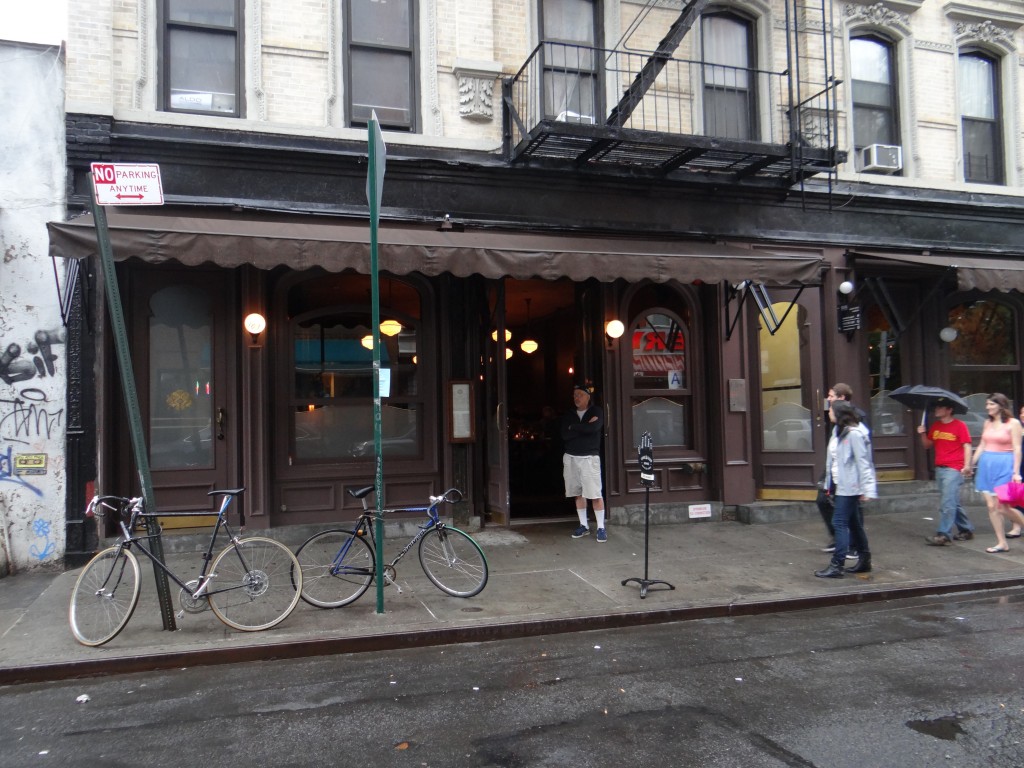 There are no neon lights or bright signage out front. The place is pretty nondescript. The upstairs area is dimly lit. There is a full menu — containing pastas, salads, meats & cheeses, and small plates. But our group stuck to the 8 pies on the menu, plus a bonus kale pizza. The pies are $16-$22 each. Sort of pricey. But you’re on the Lower East Side, so those prices are to be expected. 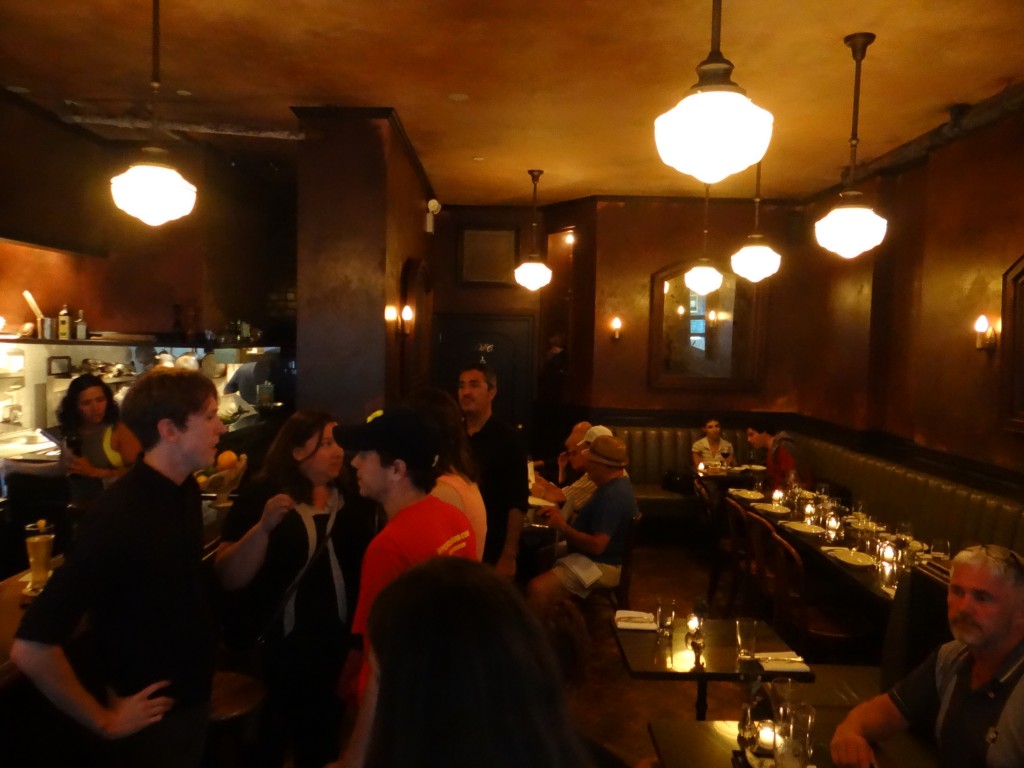 There were some great pies, some okay pies, and then some pies I didn’t care for much. Let’s start with the good. I really liked their Tartufata mushroom pie. It was very mushroom-y and very truffle-y and if you like those flavors you will definitely like this pie. I also really liked their “green” pies. They had a seasonal ramp pie on the menu which was delicious (but isn’t everything with ramps?) and they made us a special aforementioned kale pie for some of the vegetarians at our table. I usually don’t love kale on pizza, but this might have been the best kale pizza I’ve had. Missing was the bitter and earthy taste that kale is typically associated with. The kale was clearly cooked before being placed on the pie and when it was combined with tomatoes and ricotta, you have some really nice spring-like flavors.

The misses? There weren’t many. A Vongole clam pie was served with actual clam shells on the pie which I didn’t care for and neither did most of my group. A Gamberi shrimp pie was not particularly appealing to me either — although I’m usually not a huge fan of seafood anyway. But this pie had post-oven greens added to it and was served with a lemon for added flavor. This was also the most expensive pie at $22.

All the other pies I liked, but wouldn’t necessarily reorder including one with lamb sausage, one with pork sausage (‘nduja), and one with salami. Yes — lots of meat pie on the menu here. Here is what we ordered: 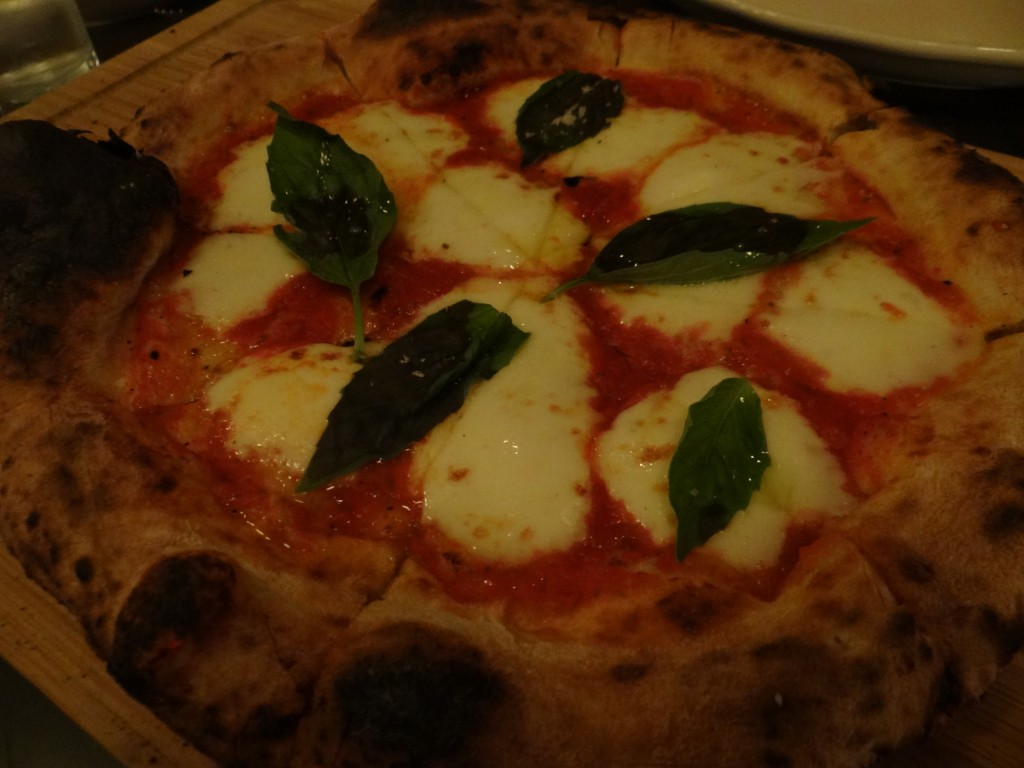 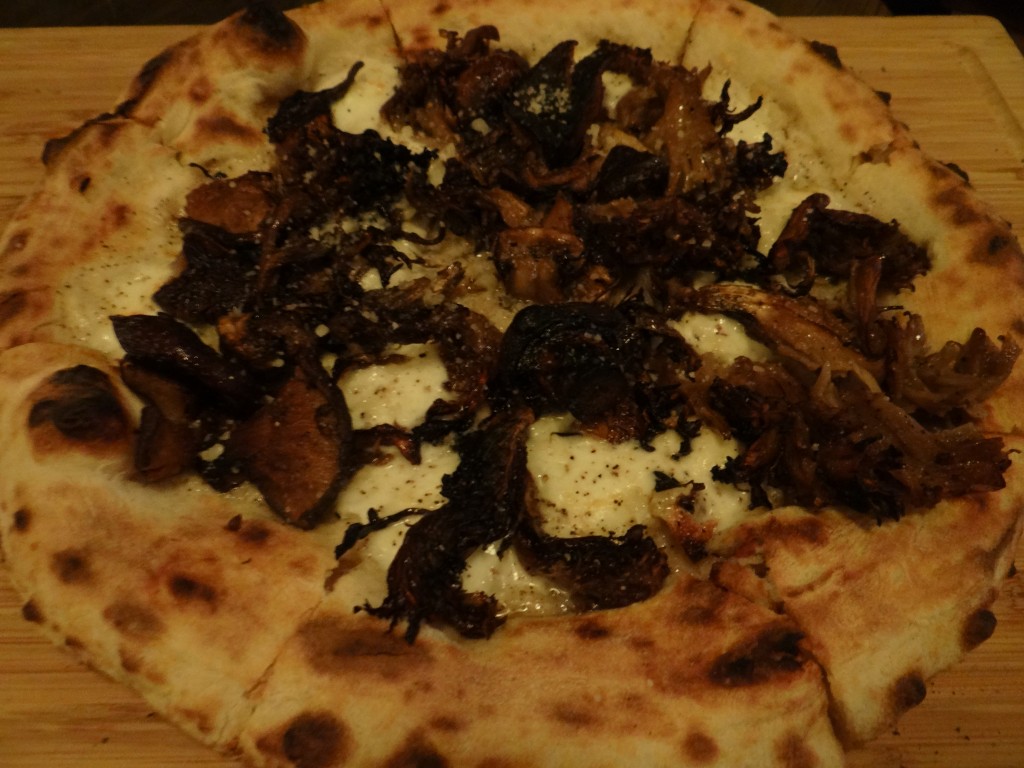 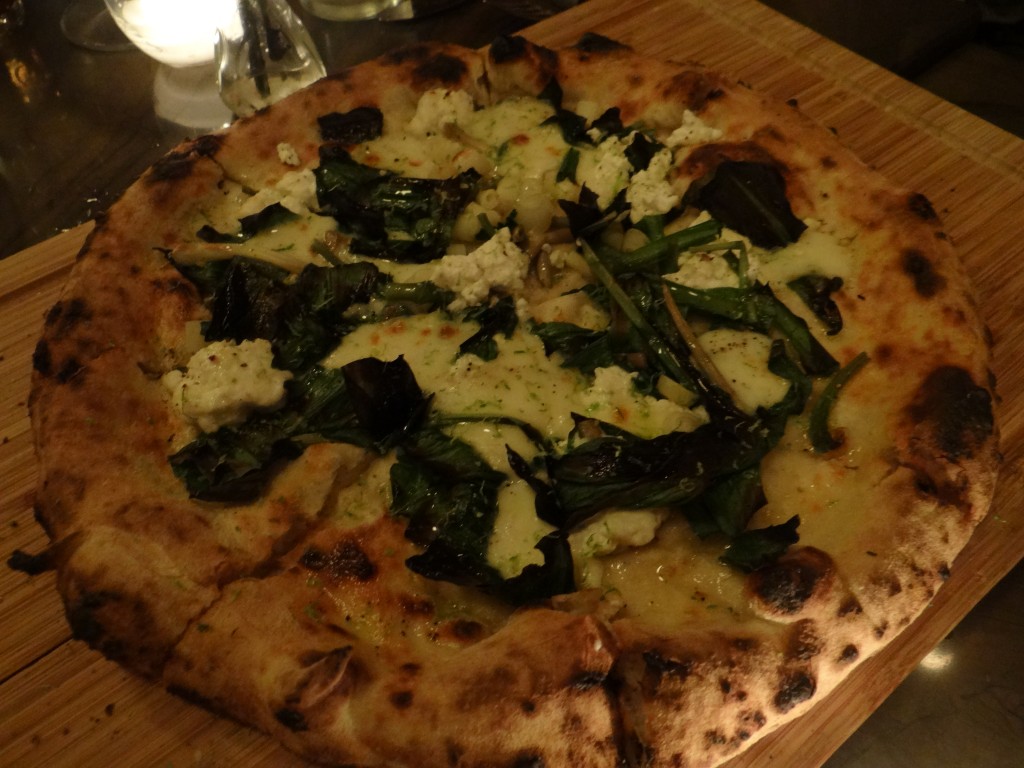 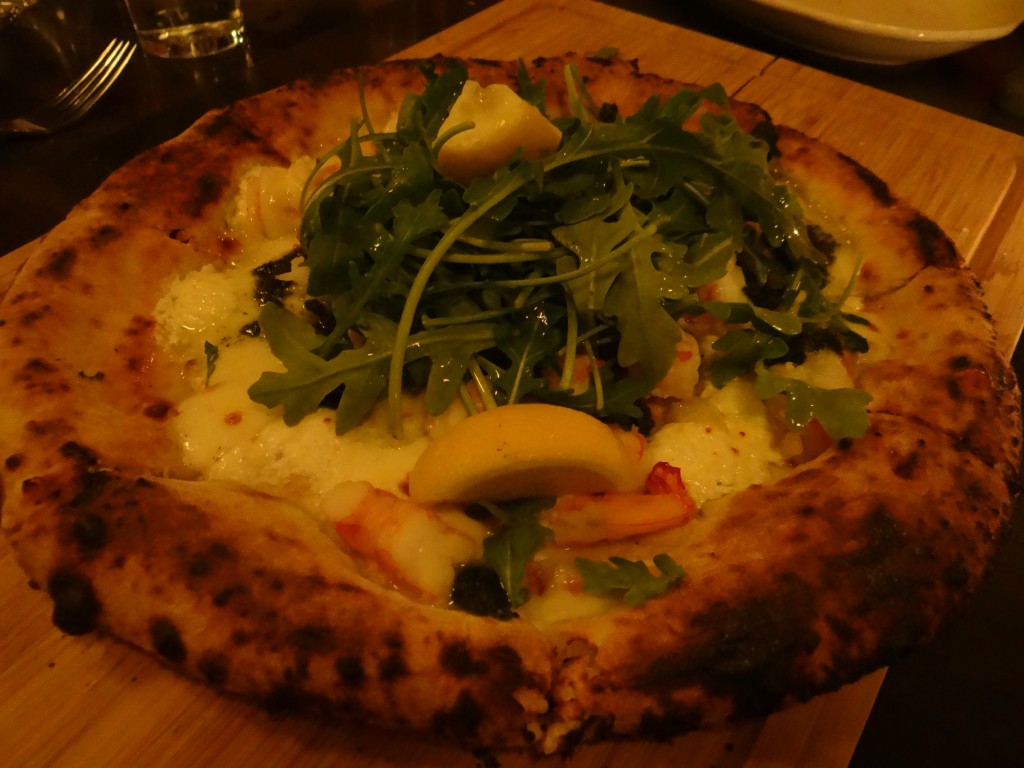 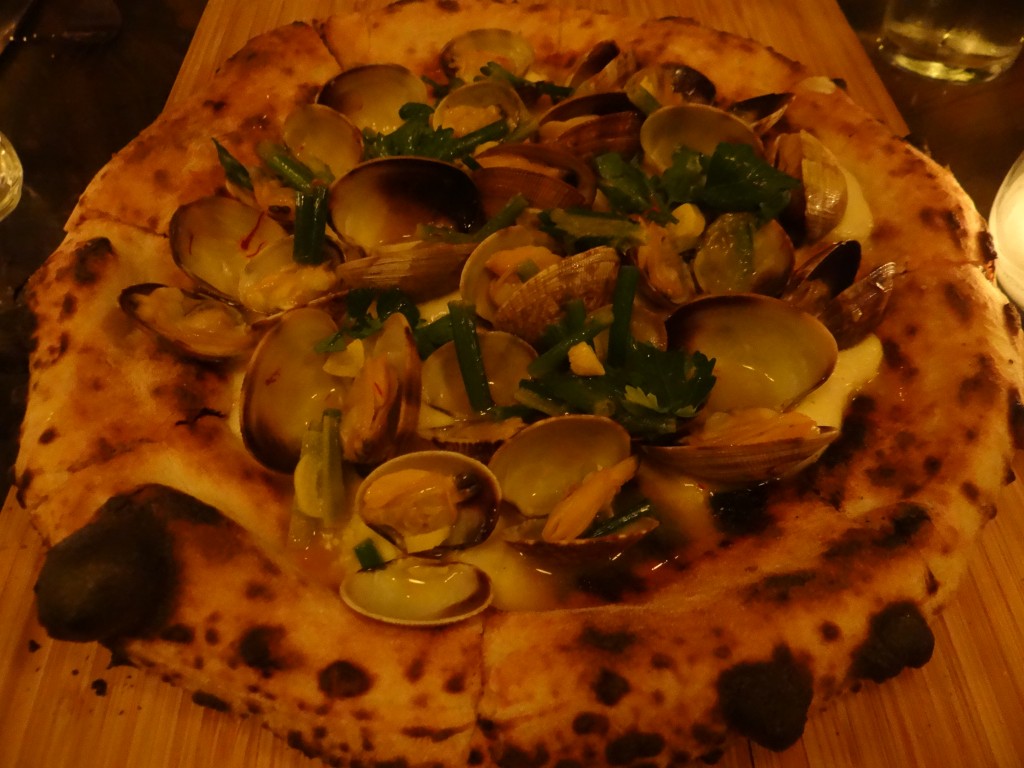 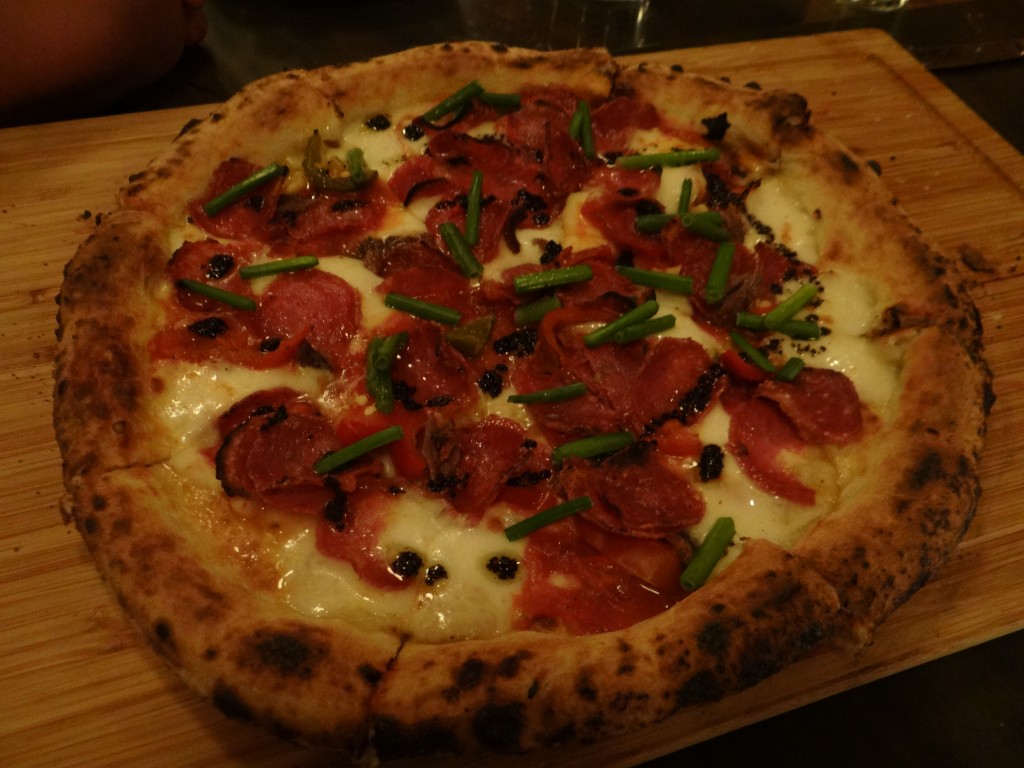 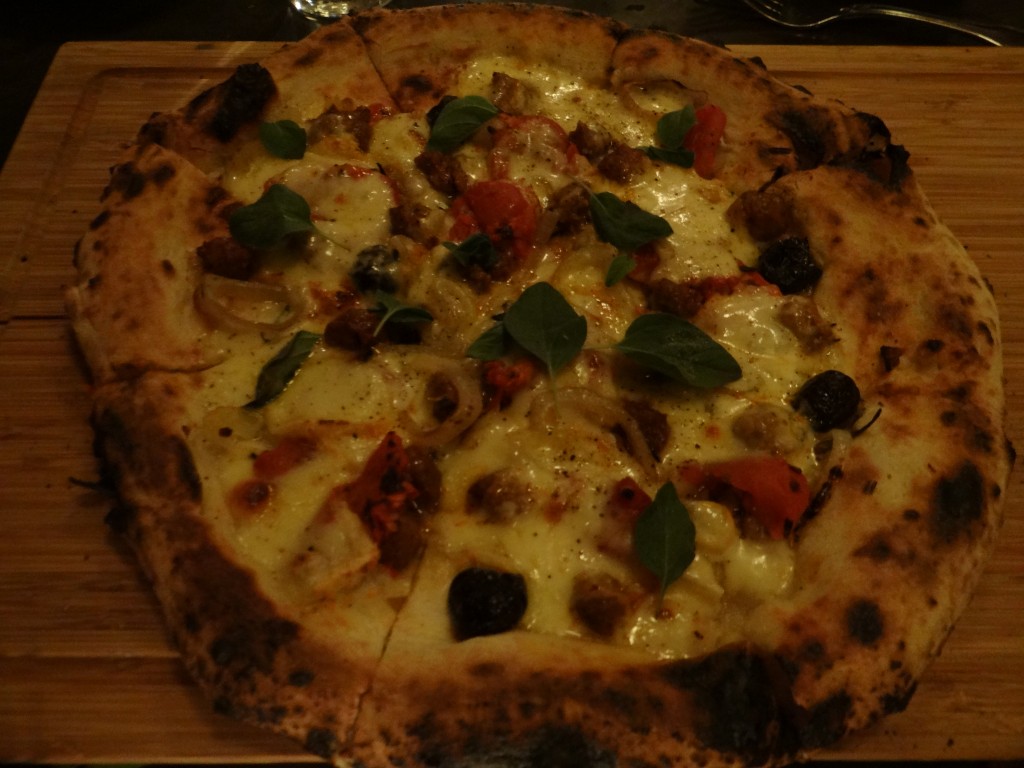 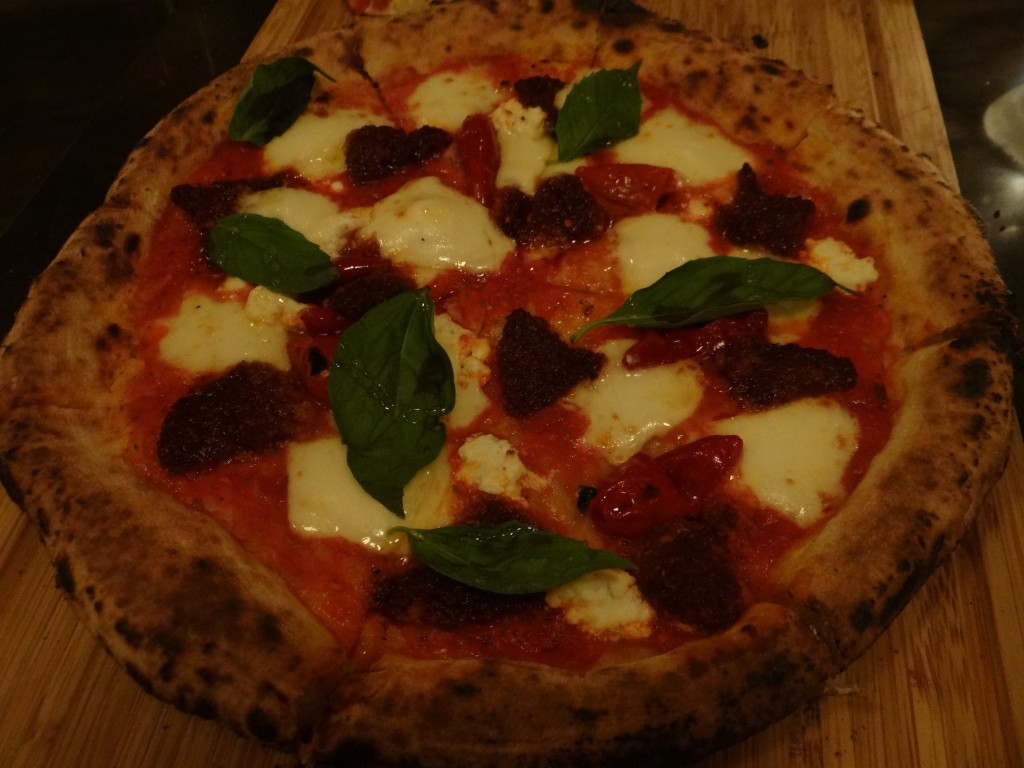 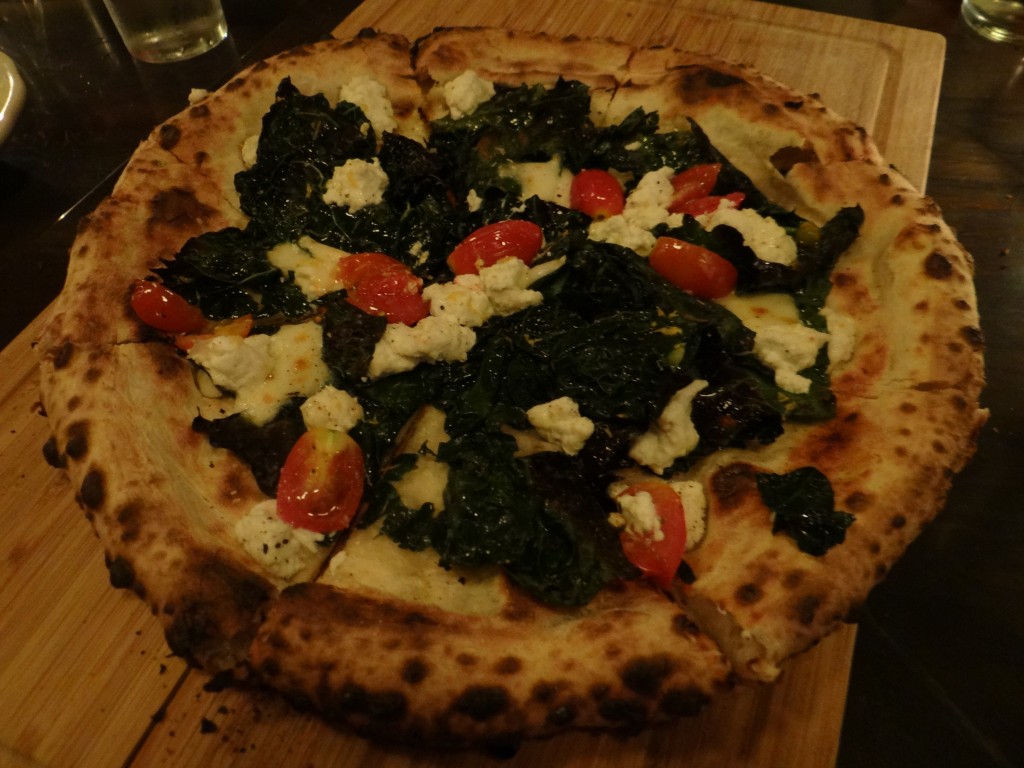 I could see Louie & Chan sticking around for while. It really is a cool spot and their pizza is better than you’d expect. I think their vegetarian pies were far superior to their meat ones — so adding a few more of those would be an improvement. The speakeasy pizza concept is overdone and thankfully Louie & Chan doesn’t promote itself as that.

But… if I told you there is a bar on the Lower East Side which serves pretty good pizza paired with craft cocktails… oh and there is no signage on the place. And you probably haven’t heard of it. Well, then you might just think you are going to a speakeasy.