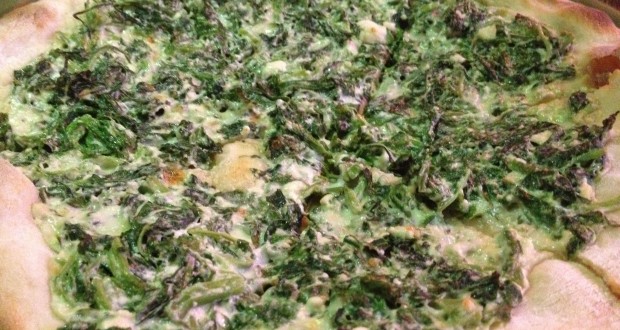 Posted by: I Dream Of Pizza in International, Reviews, Thailand March 18, 2013

During a recent three-week trip to Eastern Asia, I made it my mission to try at least one pizza place in each of the three countries I visited: Thailand, Vietnam, and Cambodia. The key was trying to strike a good balance. On one hand, I love pizza and could eat it for nearly every meal. …

Summary : The pizza here is nothing special and is only recommended if you are in Chiang Mai for an extended period of time.. The Popeye pie was better than expected.

During a recent three-week trip to Eastern Asia, I made it my mission to try at least one pizza place in each of the three countries I visited: Thailand, Vietnam, and Cambodia. The key was trying to strike a good balance. On one hand, I love pizza and could eat it for nearly every meal. But there is so much great local cuisine where I was traveling and every meal I sat down for pizza meant one less dish of khao soi, pad thai, fish amok, pho ga, bun bo, or dozens of other dishes I fell in love with over there.

My first pizza experience was on the fifth day of my trip in Chiang Mai, which is located in Northern Thailand. A few friends and I visited Girasole (71 Rachadamnoen Road) which is located just inside the eastern wall of the city and boasts 16 pies, each of which cost between $5.00 and $7.00 — not necessarily cheap by Thailand’s standards. There is also a list of 32 additional toppings you can put on your pie, the most expensive being gorgonzola cheese and a seafood mix at just over $3.00 each. This was going to be my first experience with any type of cheese or dairy product on the trip and I was a little nervous about how it was going to taste because… well… Thailand isn’t exactly known for that. 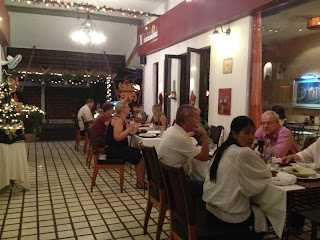 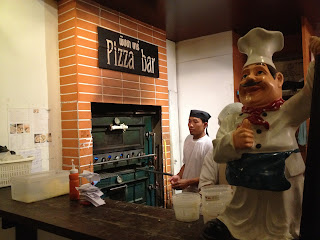 We ordered three pies and, truth be told, I was pleasantly surprised. Nothing blew my mind, but I found the pizza to be tasty and enjoyable. The highlight for me was the Popeye which contained ricotta cheese and spinach. Even judging it by New York standards, I’d say it was great. The ricotta was creamy and delicious and mixed well with the fresh spinach on the pie. This is not usually one of my favorite combinations, but at Girasole it worked. The highlight of the Margherita pie was the fresh Thai basil. That’s not to say the rest of the pie wasn’t tasty. But the basil in Thailand is incredible and I was glad there were six leave on our pie. My advice? Throw a few more on. Finally, we got a Medditerranea pie which featured tomatoes, mozzarella, olives, sundried tomatoes, ricotta and oregano. It was decent, but didn’t live up to the other two in my opinion.

Girasole might very well be the best pizza in Chiang Mai. But if you only have two nights there like I did, I recommend sticking to more traditional food (like those that I recommend in my massive guide to eating in Eastern Asia: Where To Eat In Thailand, Vietnam, and Cambodia. But, if you’re spending more time in this culinary heaven, and want a break from more traditional food, Girasole is your spot. The restaurant was nearly full on the Friday night I was there, and if the weather is nice, you can grab a table outside and enjoy some pizza in this historic Thai city. 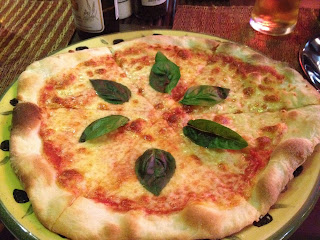 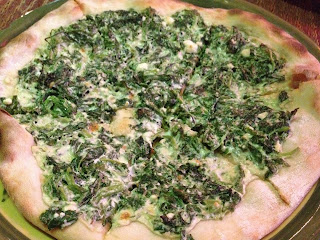 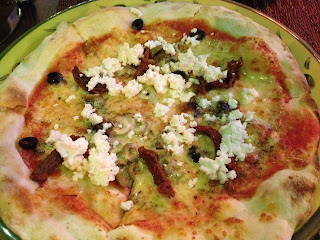