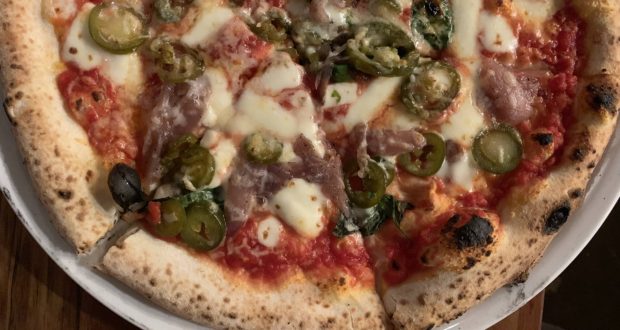 Although Dallas is one of the most populated US cities, it wasn’t until late last year that I visited there. And while the motto “Everything Is Bigger in Texas” generally holds true, I can’t say it applies to the pizza I had there. Especially at Cane Rosso (2612 Commerce Street), a mini-chain of Neapolitan pizzerias …

Summary : One of six outposts in Texas, this mini-chain of Neapolitan pizza spots is certified by the Vera Pizza Napoletana organization.

Although Dallas is one of the most populated US cities, it wasn’t until late last year that I visited there. And while the motto “Everything Is Bigger in Texas” generally holds true, I can’t say it applies to the pizza I had there.

Especially at Cane Rosso (2612 Commerce Street), a mini-chain of Neapolitan pizzerias with six locations throughout Texas, two of which are in Dallas. 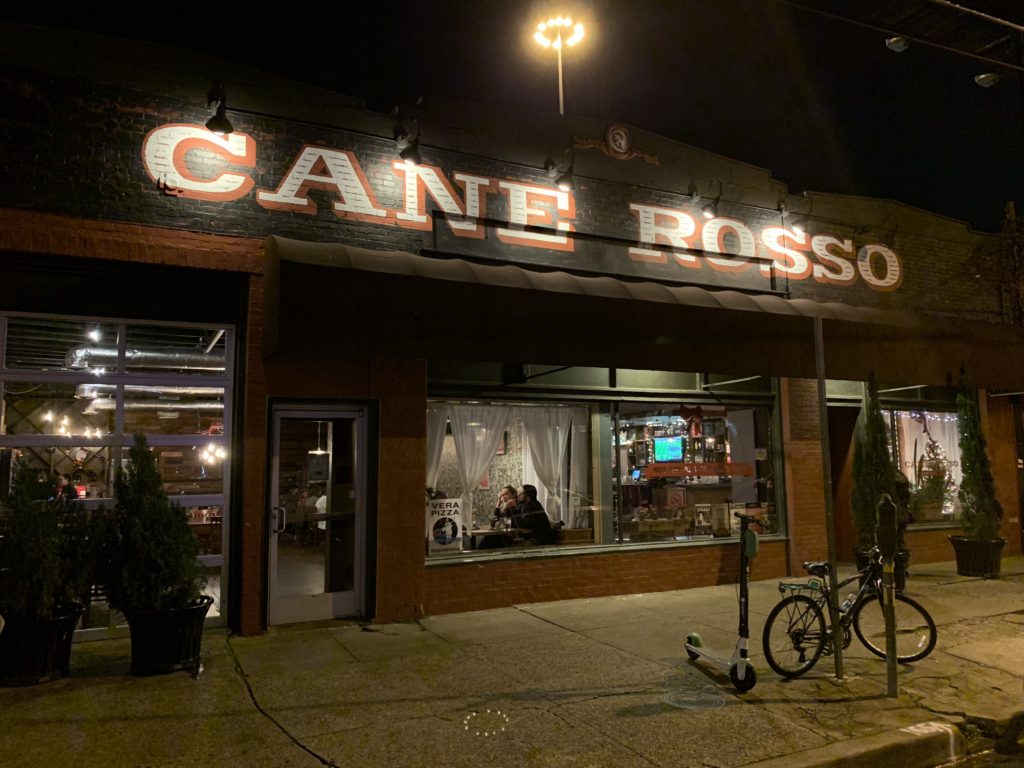 One of the first things that you’ll notice as your approach the restaurant entrance is a sign in the window that says “Vera Pizza Napoletana.” What’s the big deal? Right? Well about 35 years ago an organization was founded in Italy to “promote and protect” Neapolitan pizza, essentially ensuring that is made in accordance with specific rules and guidelines. Most Neapolitan style restaurants don’t go through this verification process because (a) it’s expensive and (b) they don’t necessarily want to adhere to specific guidelines. But it’s also a stamp of approval. When you go to a “Vera Pizza Napoletana” establishment, there is a certain level of quality and consistency that you can expect. 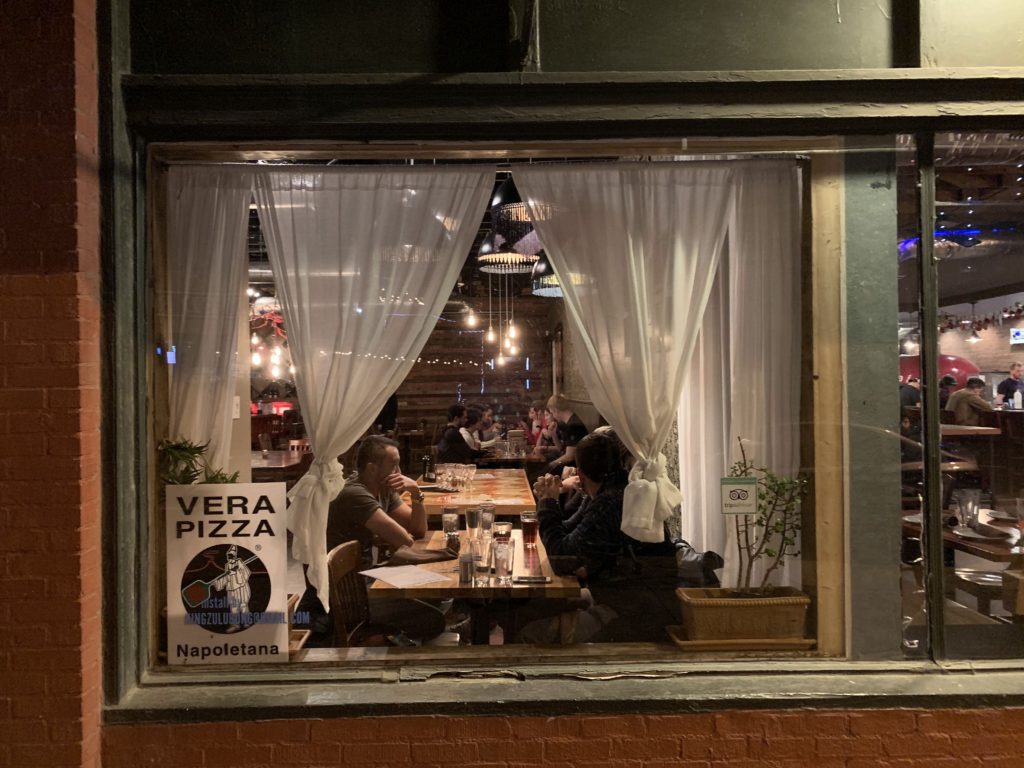 There are fewer than 100 places in the United States that are certified and six of those are Cane Rosso establishments. That means that there are more VPN certified restaurants in Texas than in all of New York (3 in total). California leads the way with 18 spots. The certification isn’t a big deal to have in New York. But I appreciate the fact that it’s important for Cane Rosso. 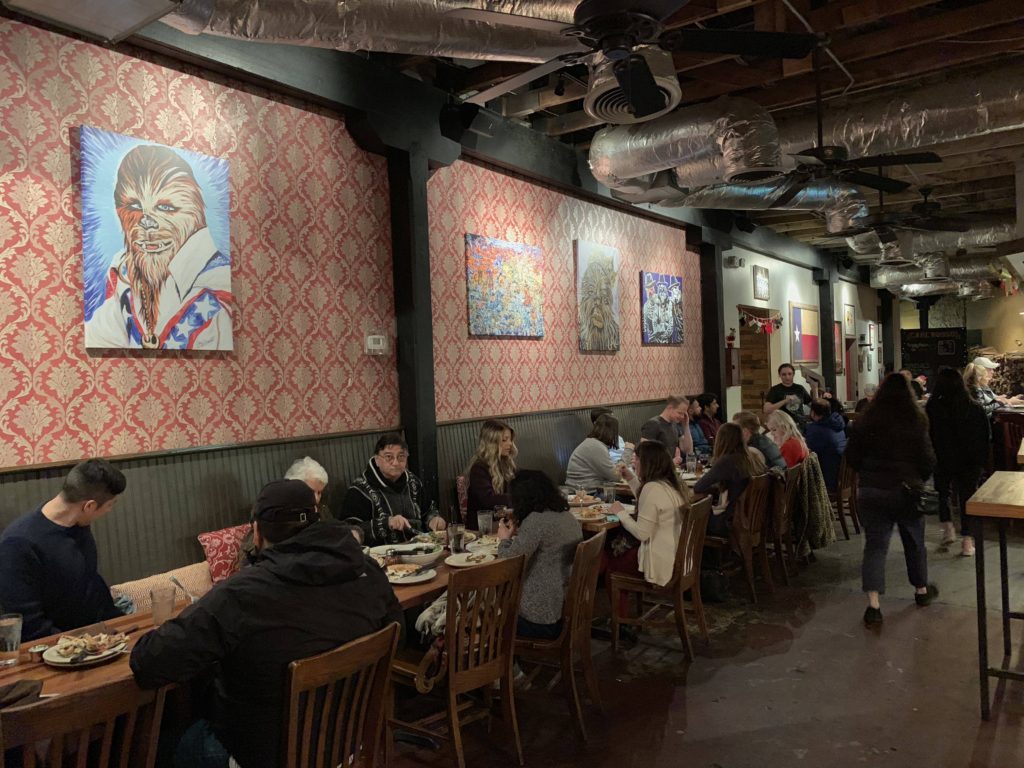 When you actually enter the restaurant, the first thing you’ll notice is that they have some pretty awesome artwork adorning the walls (think Chewbacca dressed as Eevel Knievel). The outpost of Cane Rosso that I visited was located in the hipster neighborhood Deep Ellum, and the vibes certain fit with the area. I like the contrast between traditional Neapolitan pies being served in a space which is anything but traditional. 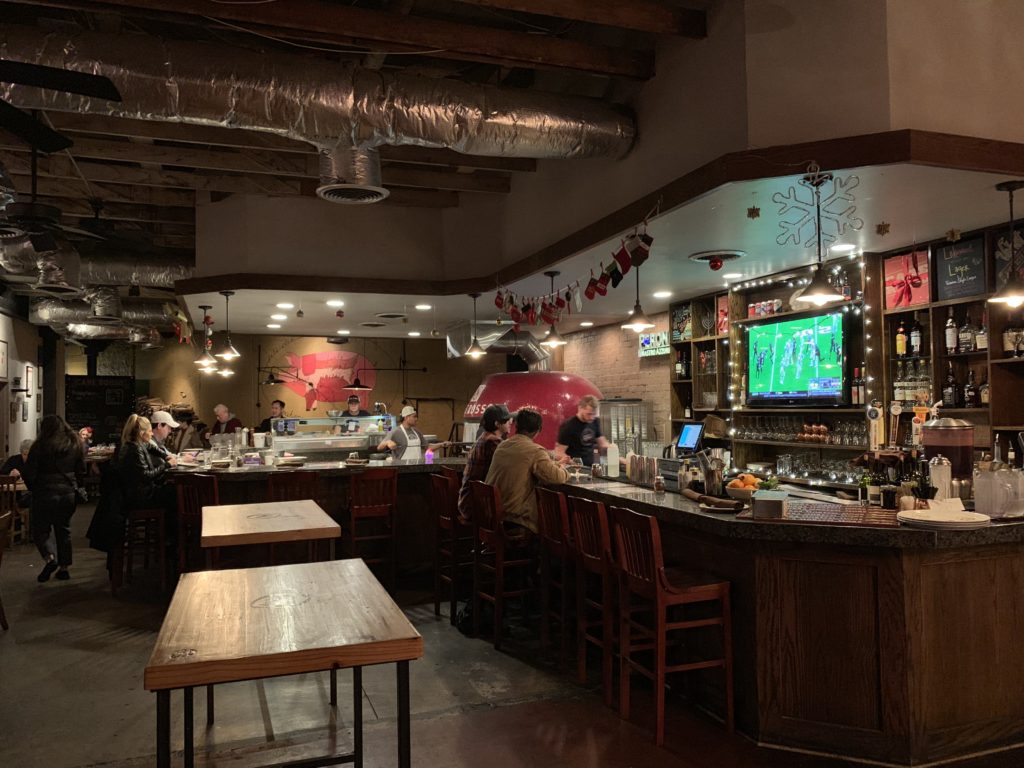 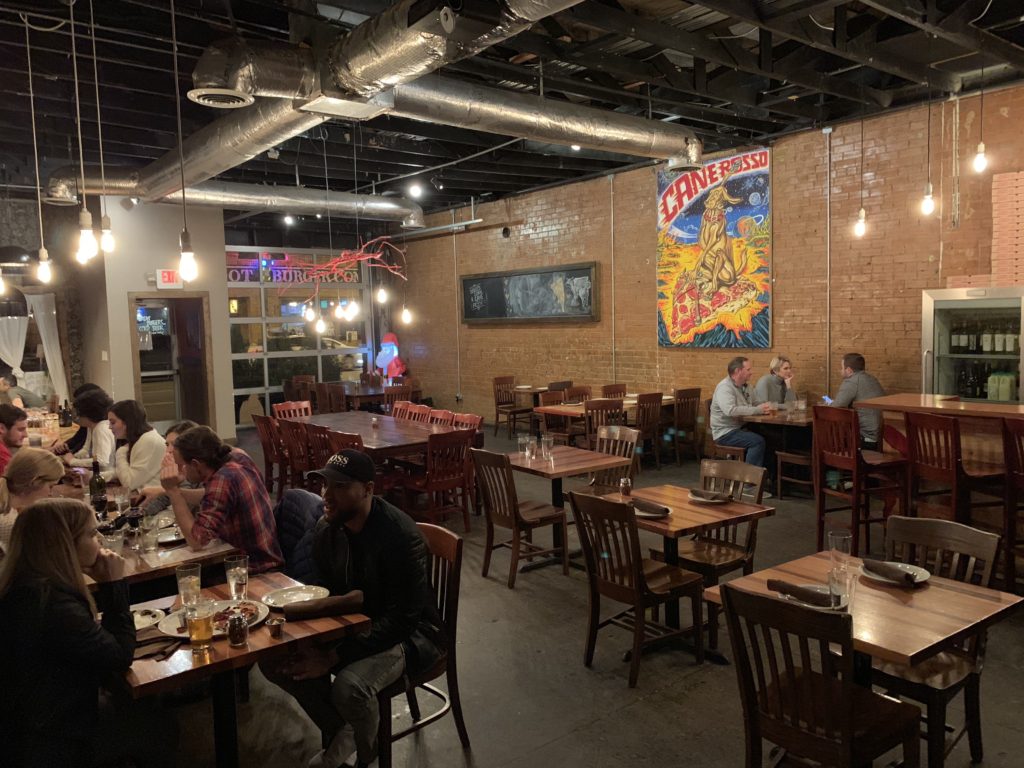 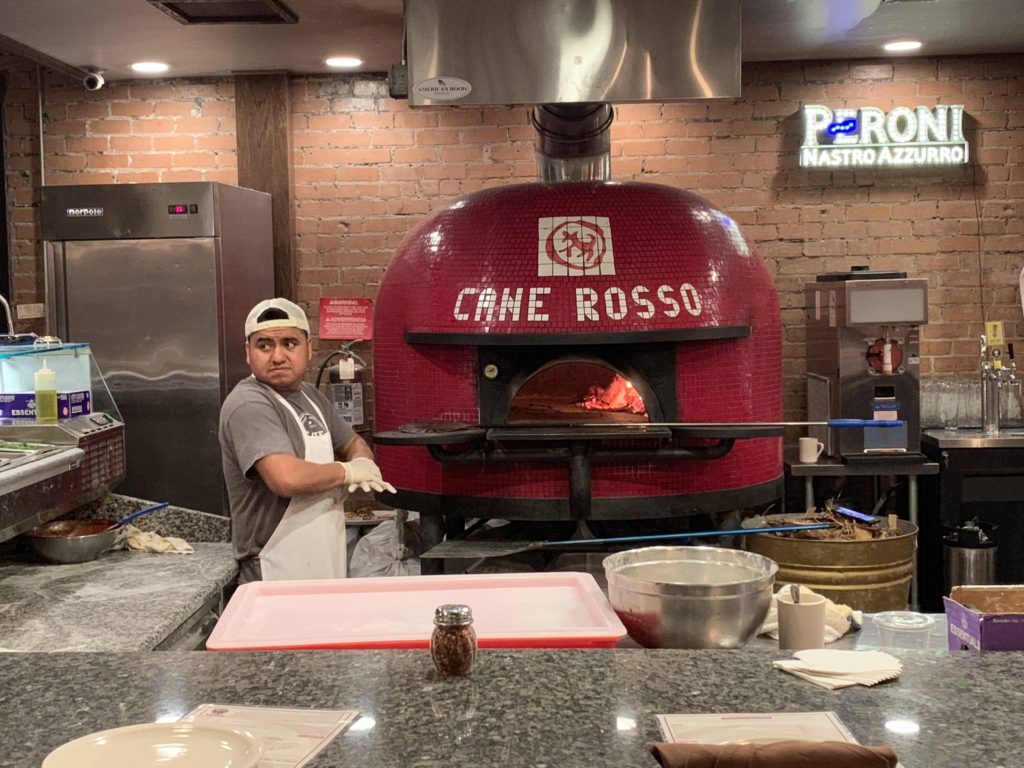 There are multiples rooms in the restaurant which can sit well over 100 people. It was about half full on the Thursday evening I visited. My wife and I ordered two pies: a margherita and a vegetarian version of the Hot Rob, which typically contains hot soppressata, roasted onions, fontina, calabrian chiles, housemade mozzarella, and habanero honey. Both were tasty — the quality of ingredients and consistency that you’d expect from a VPN certified spot.

Would it rank among the better NYC Neapolitan pizza places? Probably not. But it’s great that you can get solid pizza in Dallas. Not that I’d expect anything less in one of the country’s most populous cities. But Dallas isn’t exactly known as a pizza-centric metropolis. Maybe Cane Rosso will play a part in changing that. 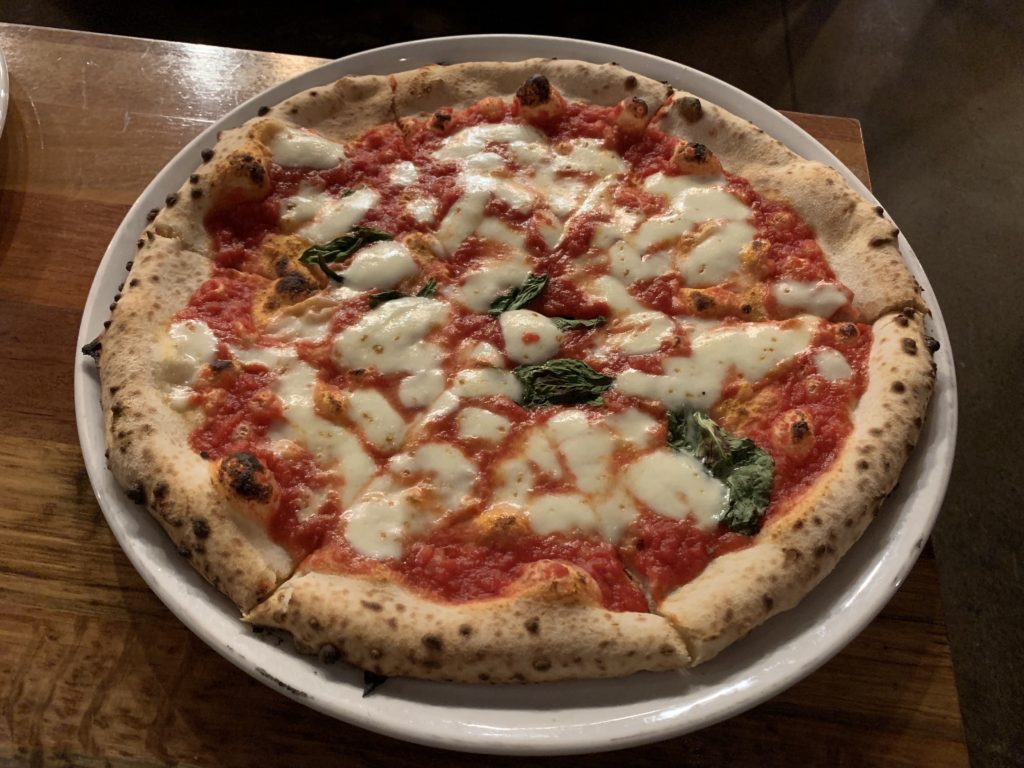 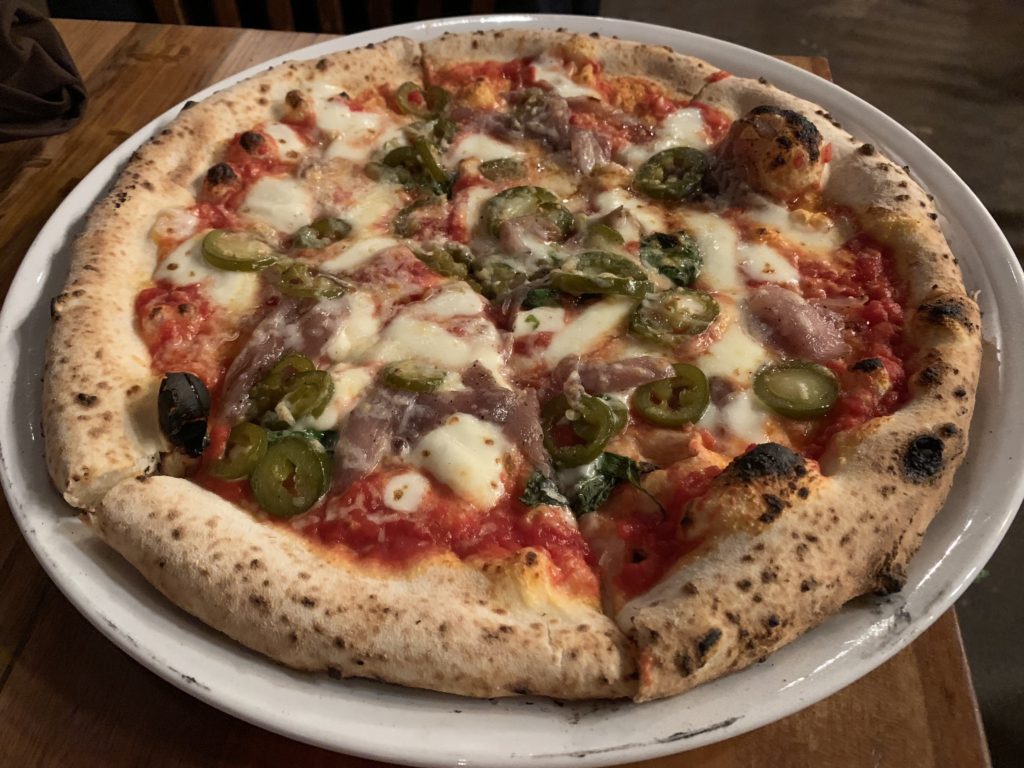