Yeminite Food Bar In Safed, Israel: What Is Pizza Anyway?

Posted by: I Dream Of Pizza in International, Israel, Reviews January 28, 2010

Last week I began a recap of pizza in Israel. One of my favorite meals of the trip was at Yeminite Food Bar — a modest food stand in Safed (often spelled Tzfat). It couldn’t be more different than the first place I reviewed — The Pizza in Tel Aviv — which is a modern two year old upscale artisinal pizza hot spot on the corner of a major intersection. Yeminite Food Bar, on the other hand, is a one man operation on a cobblestone side street in a quaint mystical town located in the hills of northern Israel. While not known for its cuisine, Safed’s claim to fame is that it is the home of Jewish mysticism. Sadly, even Britney Spears can trace her roots here. 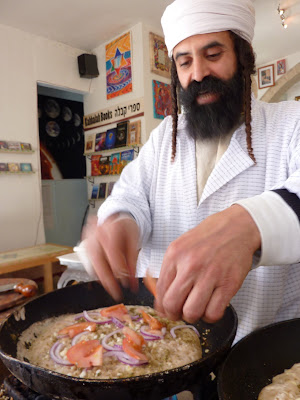 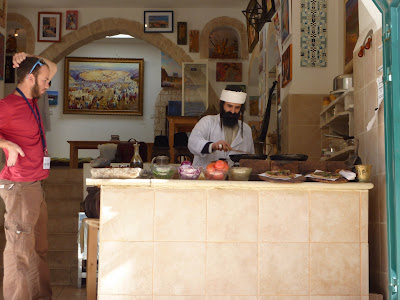 I’d stumbled upon Yeminite Food Bar on previous trips to Israel, but had never eaten there before. It’s hard to miss. The loud and boisterous man behind the counter pleads for your business with catchphrases like “get the best food in Israel right here.” I’ll be honest. The food was great. Definitely some of the best I’ve had in Israel. But the question is — what exactly is this Yeminite man serving and can it even be considered pizza? 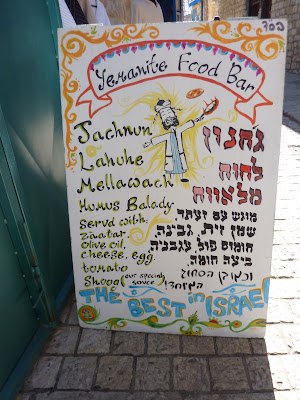 Personally, I define pizza broadly. For example, I’d say the mushroom flatbread served at The Redhead can certainly be considered pizza. 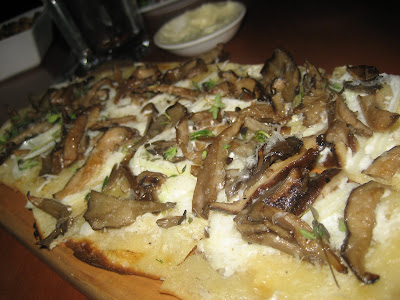 But what about a crepe filled with mozzarella, tomato, and basil? The ingredients are the same as in many pizzas, but does folding or wrapping it diminish it’s pizza-like status? I’m torn. Certainly if you order your pizza “a libretto” (aka: folded) at Motorino you are still consuming pizza, right? 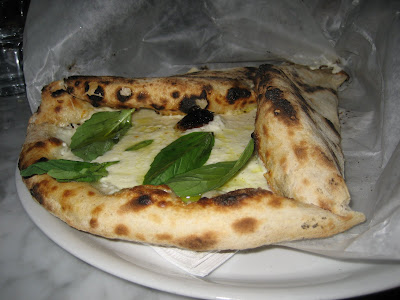 So using a broad interpretation of the food, I can comfortably say that the pizza at Yeminite Food Bar was, in fact, some of the best food I’ve eaten in Israel. Prior to being served, the food looks like this: 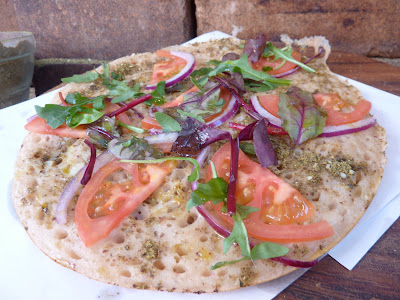 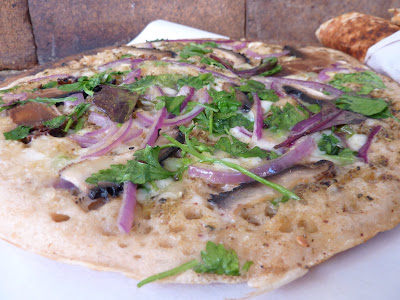 But when all is said and done… what you end up eating looks like this: 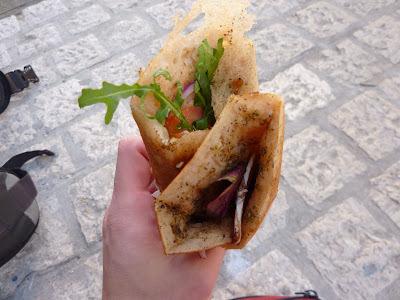 So what exactly is this delcatable treat? The outside is made out of organic spelt (which one can easily make pizza crust from) that is fried on a skillet. The ingredients are added on top of the spelt. The first version I had included zatar, olive oil, tomato, basil, onion, and mozzarella. The second version substituted mushrooms for tomato.

Any trip to the Yeminite Food Bar should include a taste of both. The only complaint is that they are not particularly filling and at 25 shekels ($7.00) each, they are slightly overpriced. Not surprising since Safed is a bit of a tourist trap. I spent a total of $14.00 on my two wraps and was still hungry. Even 20 shekels each would be more reasonable. One wrap is just the right size for a snack, but even two can’t quite pass for a meal.

The man who works there said that he’ll occasionally try some new recipies depending on what’s in season, but that in general these are his two staples. As previously mentioned, one thing that any food establishment in Israel has going for it is the quality and freshness of the ingredients. Yeminite Food Bar was no exception. 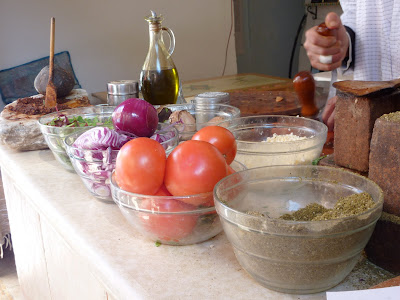 As is often the case, some of the best food around is the least filling. But that doesn’t mean it’s not worth going to. Especially given the lack of quality food options in Safed, it almost seems as if there is some higher mystical power summoning you to this little stand.
2010-01-28
I Dream Of Pizza
Previous: It’s Not Delivery…
Next: Citigroup Employees Just Not That Into Pizza