Ever since I started Pizza Club 18 months ago, there has been talk of making a trek up to New Haven to try the city’s famous pizza from the three most well known establishments there: Frank Pepe, Sally’s, and Modern.

Earlier this month, after working out all of the logistics, ten of us packed into two cars and headed up north for the 75 mile drive. The idea was to hit up all three places — in theory, one for breakfast, one for lunch, and one for dinner. Never before had I gone an entire day consuming only pizza, so that was challenge number one. I suppose the second challenge would be pacing myself so that by the time I got to the third pizza place I wouldn’t be completely stuffed. I have a bad habit of finishing any food in front of me, but with the help of my fellow diners, we succeeded at ordering just the right amount of pizza. 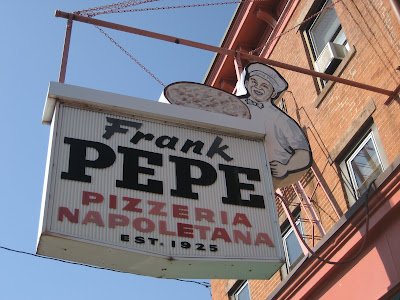 We rolled into town just before noon on a Sunday morning and headed right to Frank Peppe. The restaurant was just beggining to fill up and when we left nearly two hours later there was a line of 25 people outside. So get there early. The first thing you’ll notice when you enter is their massive oven, located in their massive kitchen. I use the term “massive” lightly, but compared to kitchen sizes that I’m normally accustomed to in New York City, the joint was quite spacious. There was seating for at least 100 people, another feature that many New York pizza places cannot afford (Co. holds 60 people, Veloce holds 50, and Keste holds 40 to give you an idea). The service here, and at all three places, was excellent — the waiters and waitresses were helpful, sometimes overly so, in making suggestions and directing our large party in the right direction. After a bit of back and forth, we decided on four pies: 1 large clam pie, 1 large tomato pie with mozzerella, 1 medium shrimp pie with white sauce, and 1 medium pie with fresh roasted red peppers.

Each of the pies were solid. None blew my mind away though. Each person in our group had a different favorite but personally I liked the pie with the fresh roasted peppers the best. The cheese pie was good, but as I said to one of my friends, I’m not sure it was so different from what you might get at one of those sit down Pizza Huts. That’s not a cheap shot at an iconic pizza place, but I do wonder how much of the excitement is the experience — going to this legendary spot… waiting in line… thinking about all of this history this place has been through since it opened in 1925. 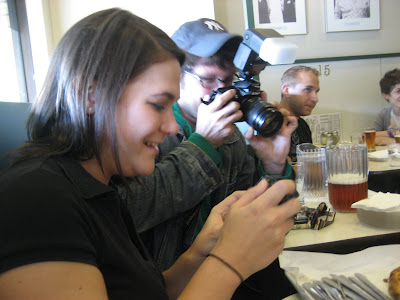 I would love to do a blind taste test one day with all three places and three corner New York slice joints to see how they fare. I think that part of the problem is that as a group of New Yorkers, we had overly high expectations for New Haven pizza. I’ll write more about this in my other reviews, but I don’t think that the pizza in New Haven should be compared to that in New York City.

Since we were sitting by giant glass windows, I was actually able to take some half decent photos of our pies. Enjoy! 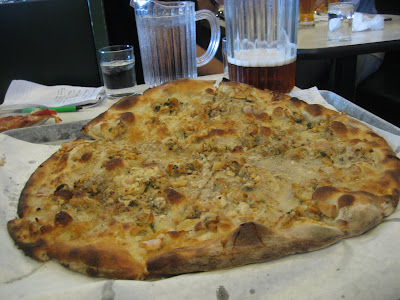 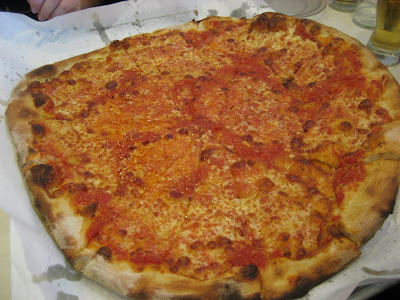 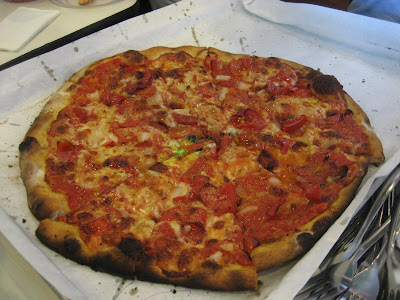 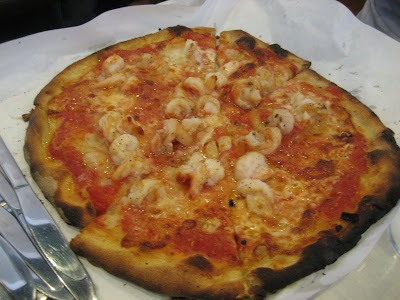