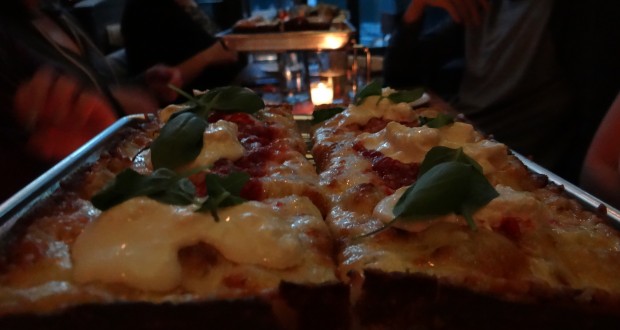 Pizza Loves Emily (or Emily, for short!) in Clinton Hill has been one of the hottest pizza places in NYC for the past two years. So when its owners decided to open a second location, it made complete sense. Except there was one catch. This wasn’t going to be another Neapolitan style spot, like the …

Pizza Loves Emily (or Emily, for short!) in Clinton Hill has been one of the hottest pizza places in NYC for the past two years. So when its owners decided to open a second location, it made complete sense. Except there was one catch. This wasn’t going to be another Neapolitan style spot, like the original Emily, but rather a restaurant serving Detroit-style pizza. Music to my ears!

I’ve written about Detroit-style pizza many times on I Dream Of Pizza. The first Detroit-style pizza I had was in Austin at Via 313 (still my favorite!). And I’ve also enjoyed this style of pizza directly from the source: Buddy’s and Loui’s in Detroit. But until last month, getting some Detroit-style pizza involved hopping on a plane from NYC. That is no longer the case since Emmy Squared (364 Grand Street) opened its doors. 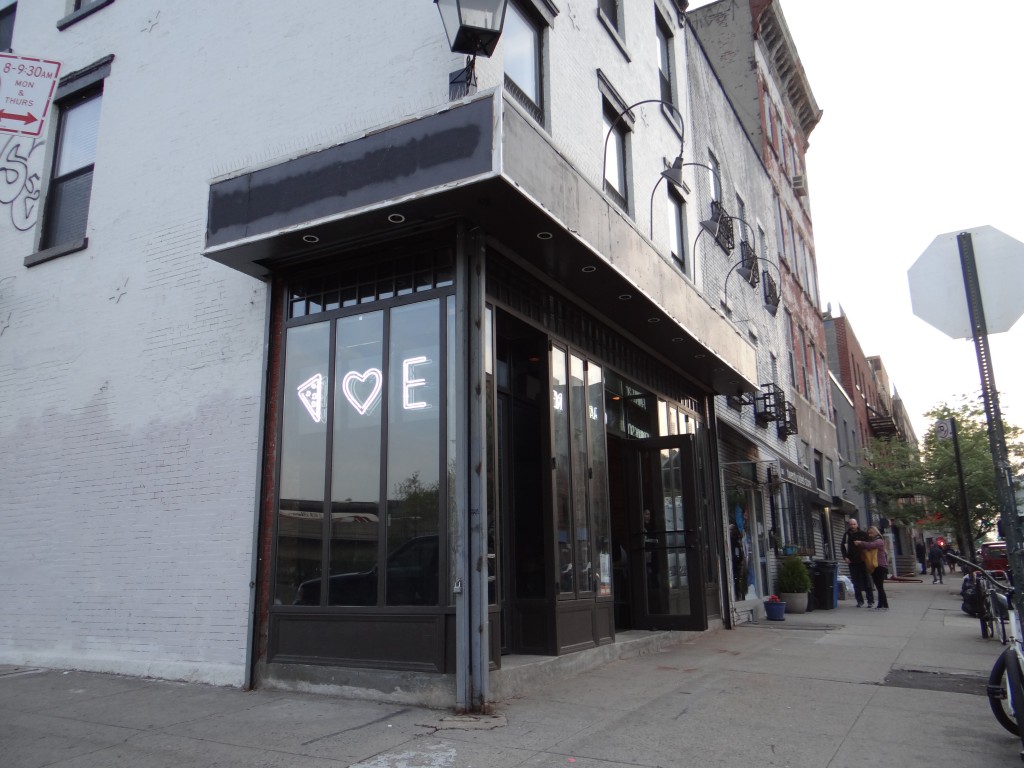 A brief synopsis of how Detroit style pizza originated: Legend has it that back in the day, assembly line workers in Detroit factories would bring home auto pans from work for cooking and baking. And over time, pizzerias began to use those pans too. The industrial steel pans enable a crispy texture to form on the outside of the pie. The style has been growing in popularity in recent years and it was only a matter of time before it made its way to New York. The big question is whether Emmy Squared can continue to fill up its seats beyond the initial buzz — what is essentially New York’s “honeymoon phase” with these pan pies.

Not every pizza trend has lasted in New York. Remember the “montanara” pie? Fried pizza is long gone! And deep dish? Well, Emmett’s is still in business, but you rarely hear about it. The initial interest wore off quickly. I think Emmy Squared will fare better for three reasons:

1) Their pizza is pretty good.

2) They’ve diversified their offerings, including a buzz-worthy fried chicken sandwich (which they were sold out of when I was there).

3) They are located in a ever growing neighborhood — Williamsburg — which is attracting diners from other boroughs in droves + the restaurant isn’t that big (less than 50 seats upstairs — note: there is also a burger bar down below), which means they are more likely than not to reach their nightly capacity. 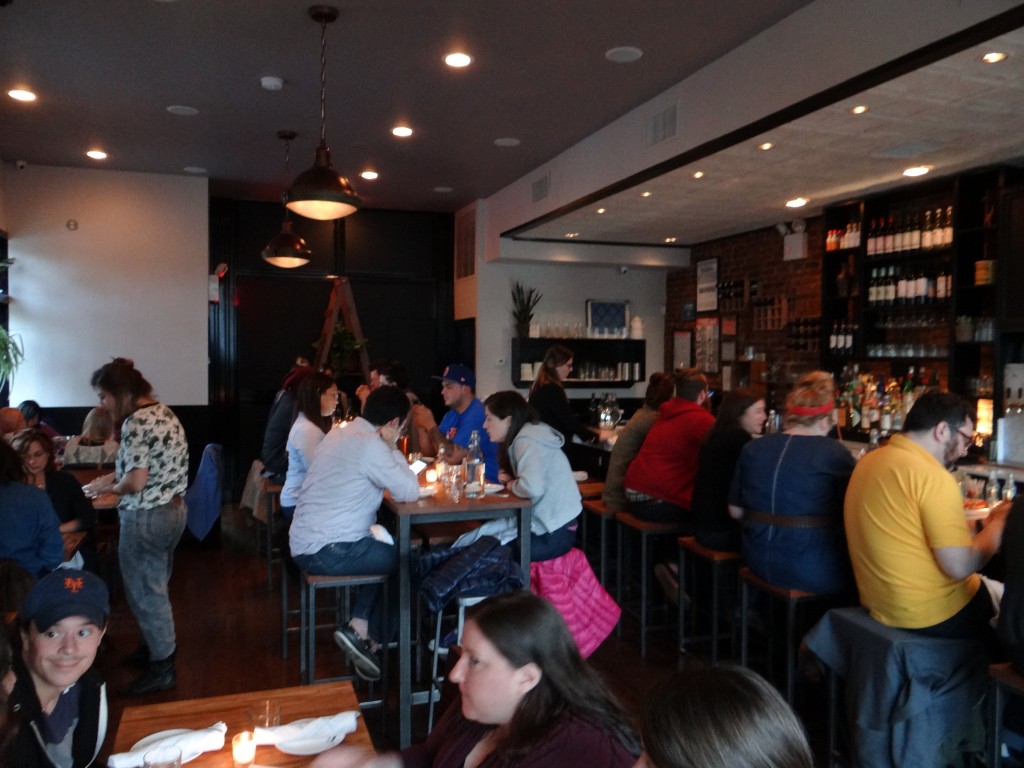 One of my favorite parts about Emmy Squared is that their toppings are a bit more adventurous than what you might find at a typical pizza place in NYC. Ranch dressing on a pie? Blasphemy! But it actually works. Spicy pineapple? Why not. I didn’t have a favorite pie — and there is nothing that my group of seven ordered which I’d recommend avoiding.

Each of the six pies we tried was distinct. And to truly experience the greatness of Emmy Squared, you should really try them all. One person can down a whole pie. And at $14-$21, they are similarly priced as personal Neapolitan-style pies are comparable pizza places. The menu is divided between white and red pies. Close your eyes, point, and you won’t be disappointed. When I return, I think the Emmy (mozzarella, banana peppers, onions, ranch, side of sauce) and the Marn Blac (mozzarella, ricotta, pecorino, caramelized onion) will be on the top of my list to reorder. I also liked the Hatchback a lot, which contains Zia hatch chiles from New Mexico.

My only beef with Emmy Squared is that they aren’t particular accommodating when it comes to dietary restrictions and menu alterations. I was with a couple of vegetarians, so we wanted to order the Lou-Wow — which contains pineapple and ham — with ham on only half of the pie. But that request was rejected. Truth be told, you could barely taste the ham.

So is Emmy Squared worth it? Sure. The hype is real. Plus, it’s much cheaper than a plane ticket to Detroit.

The Emmy
(mozzarella, banana peppers, onions, ranch, side of sauce) 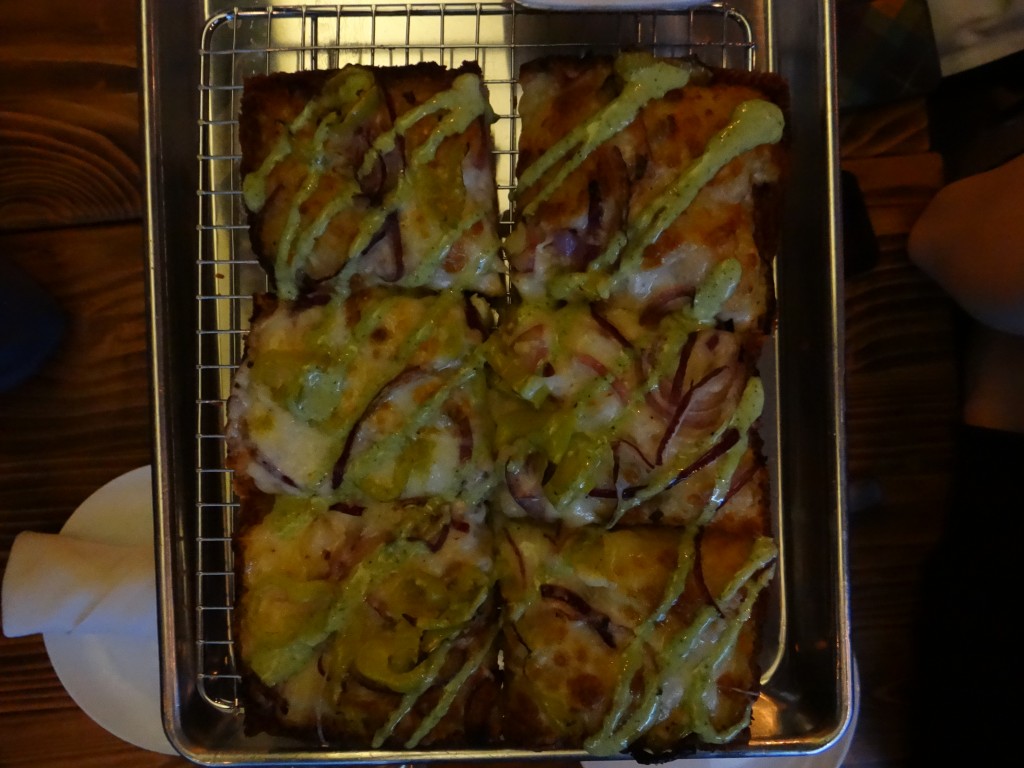 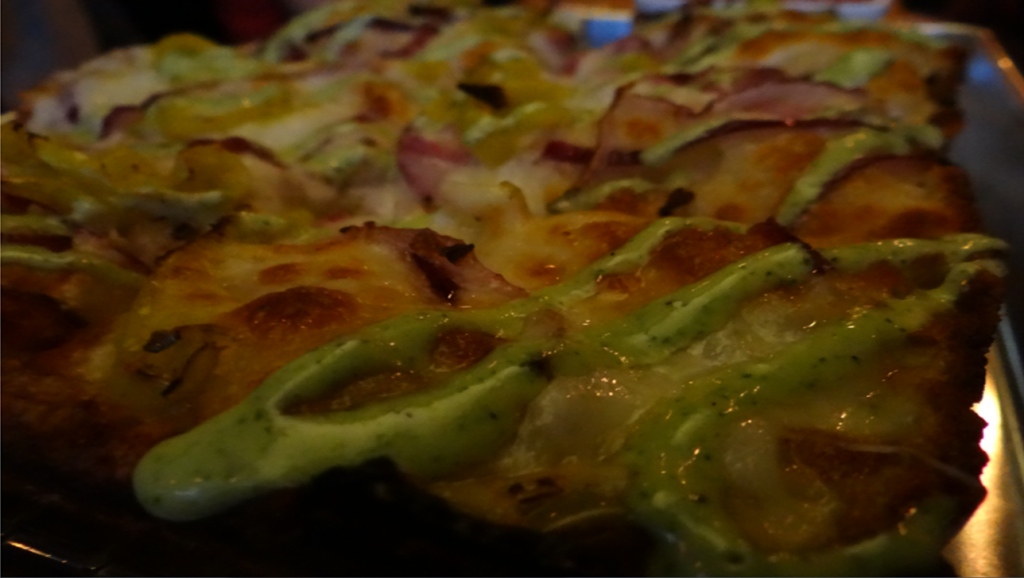 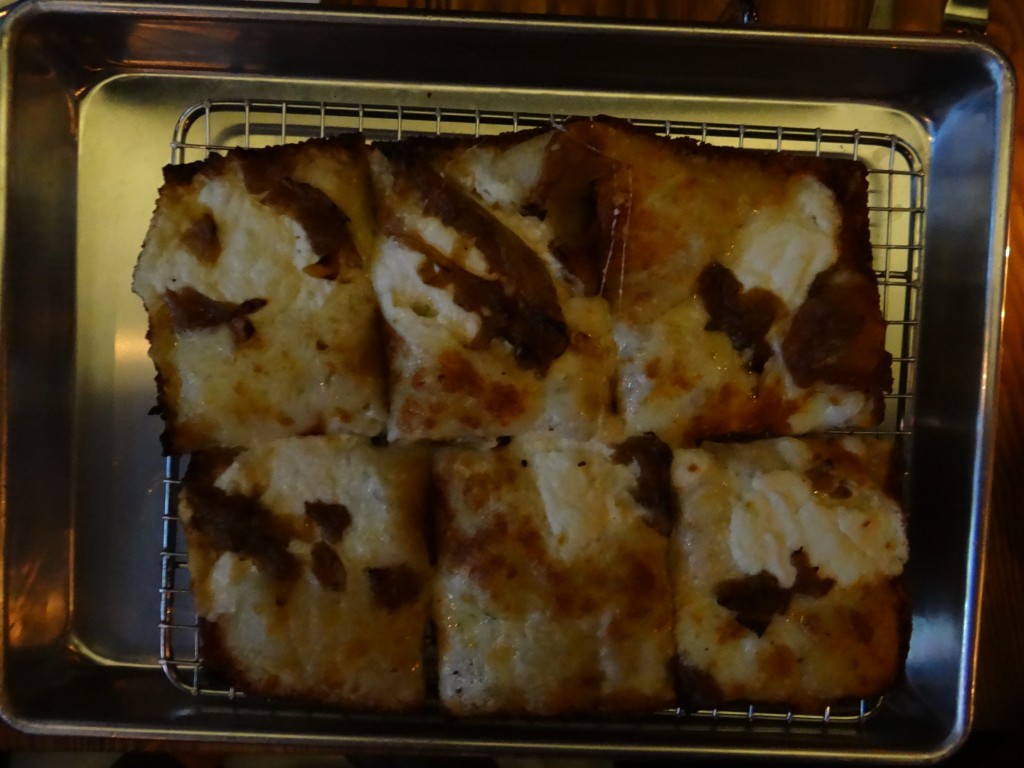 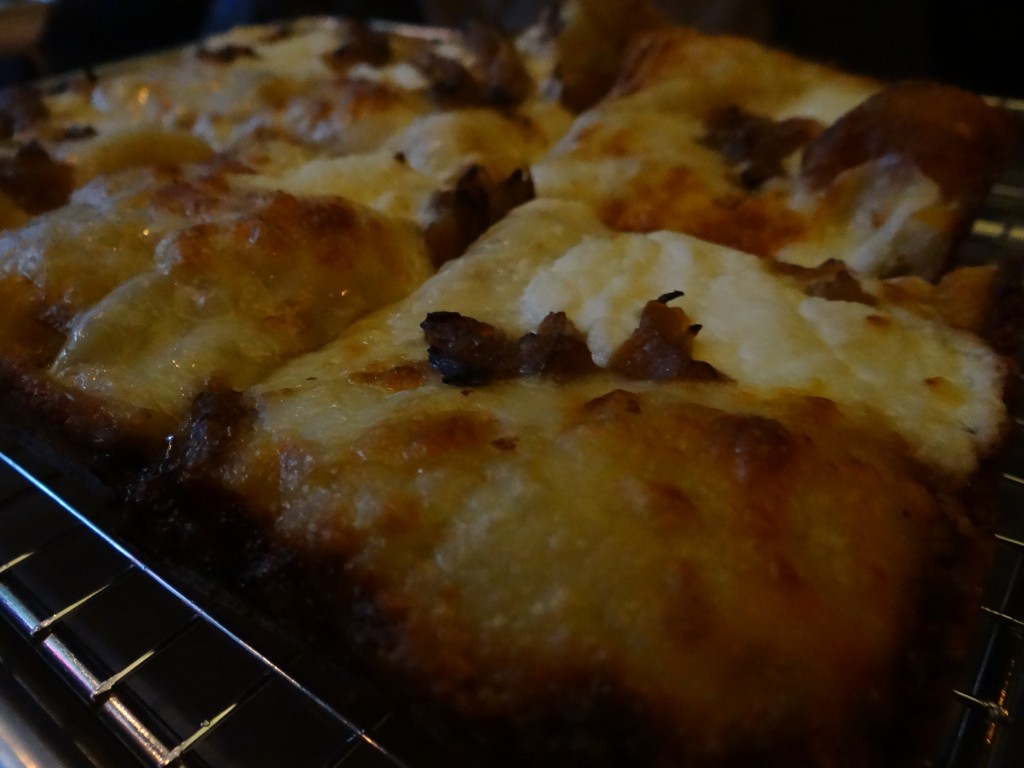 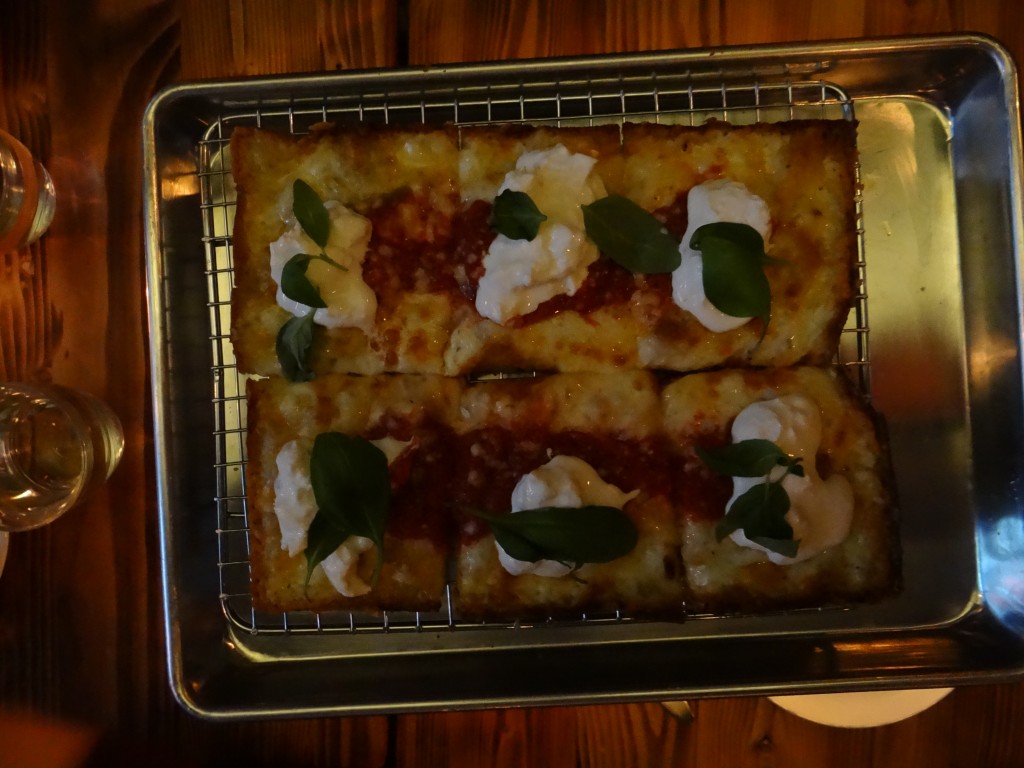 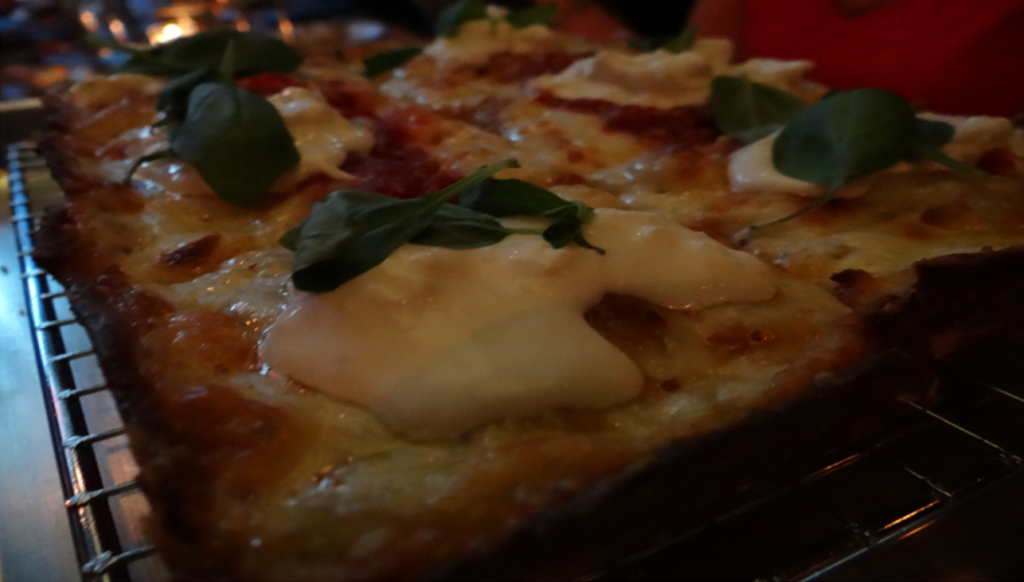 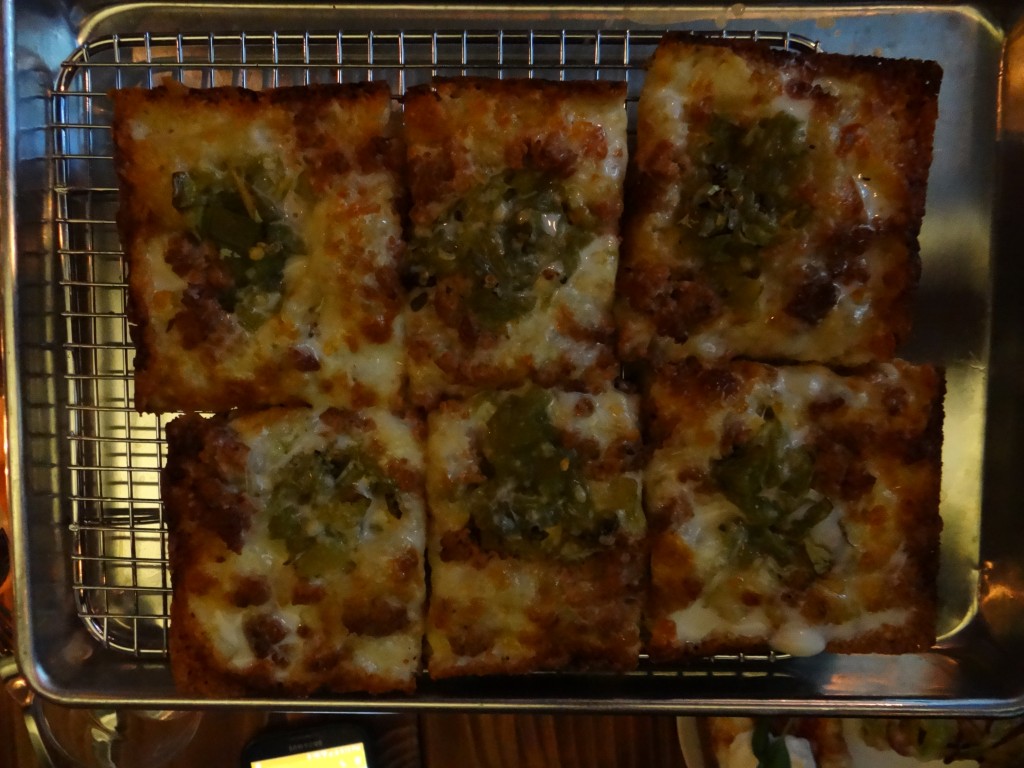 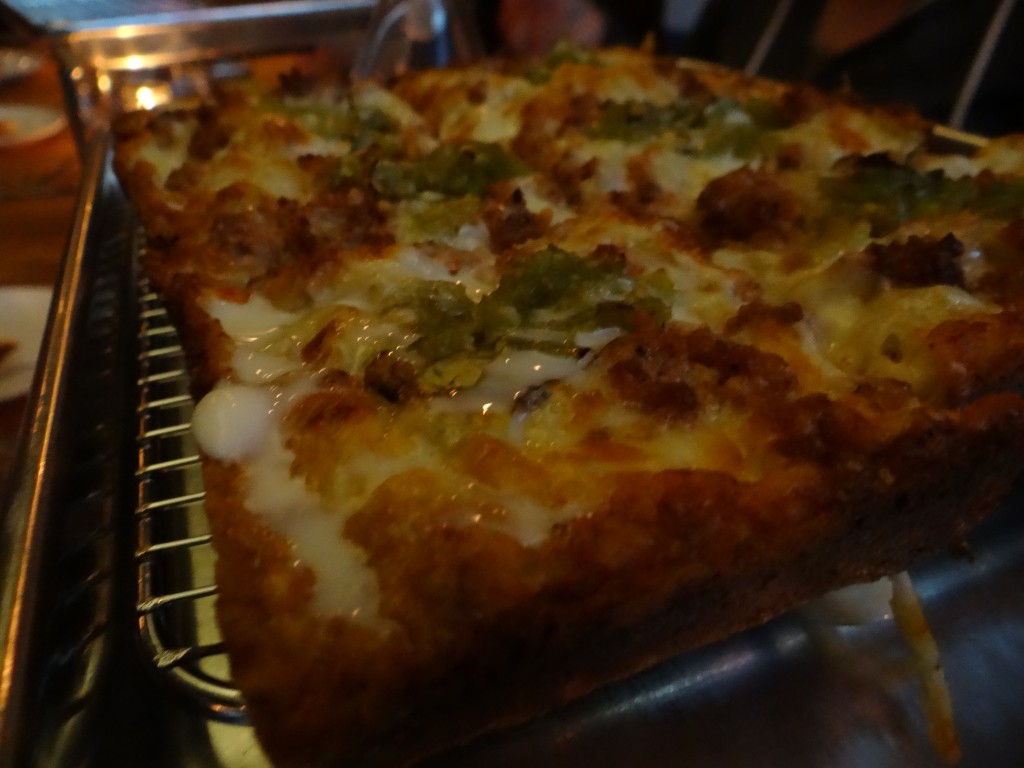 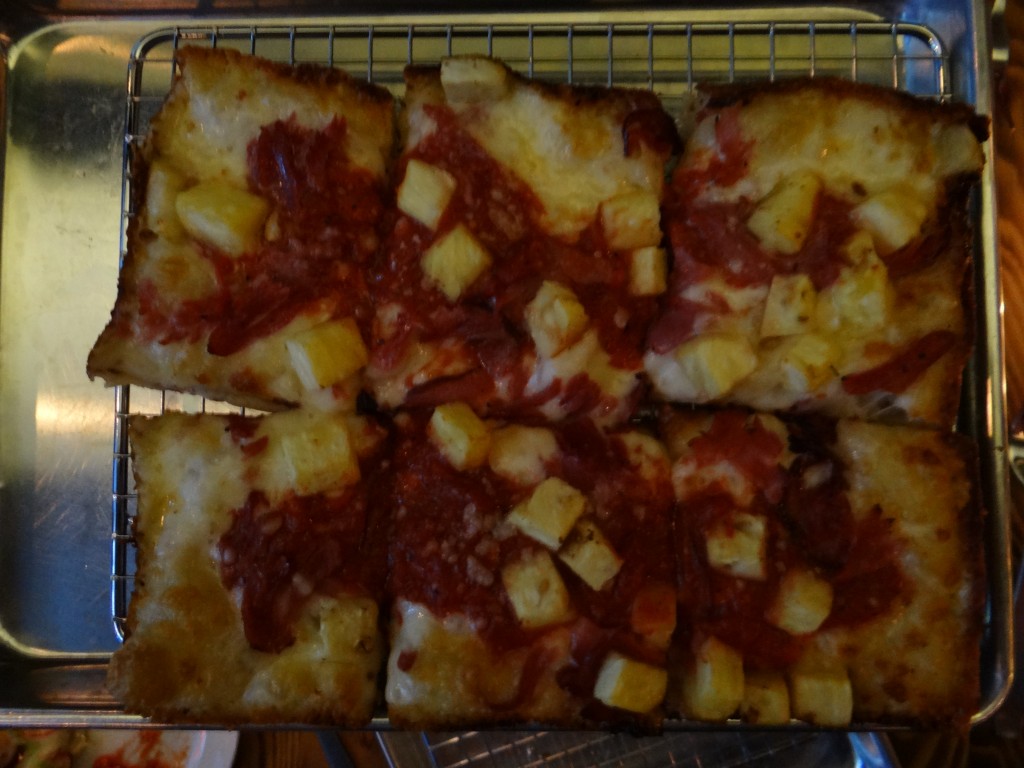 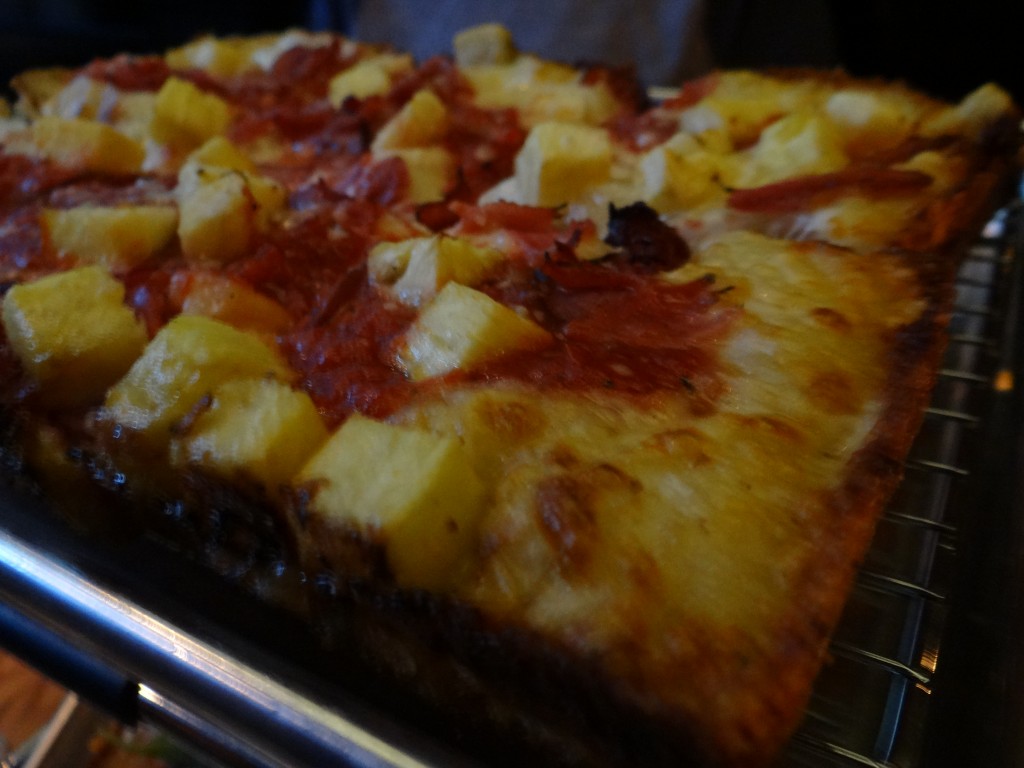 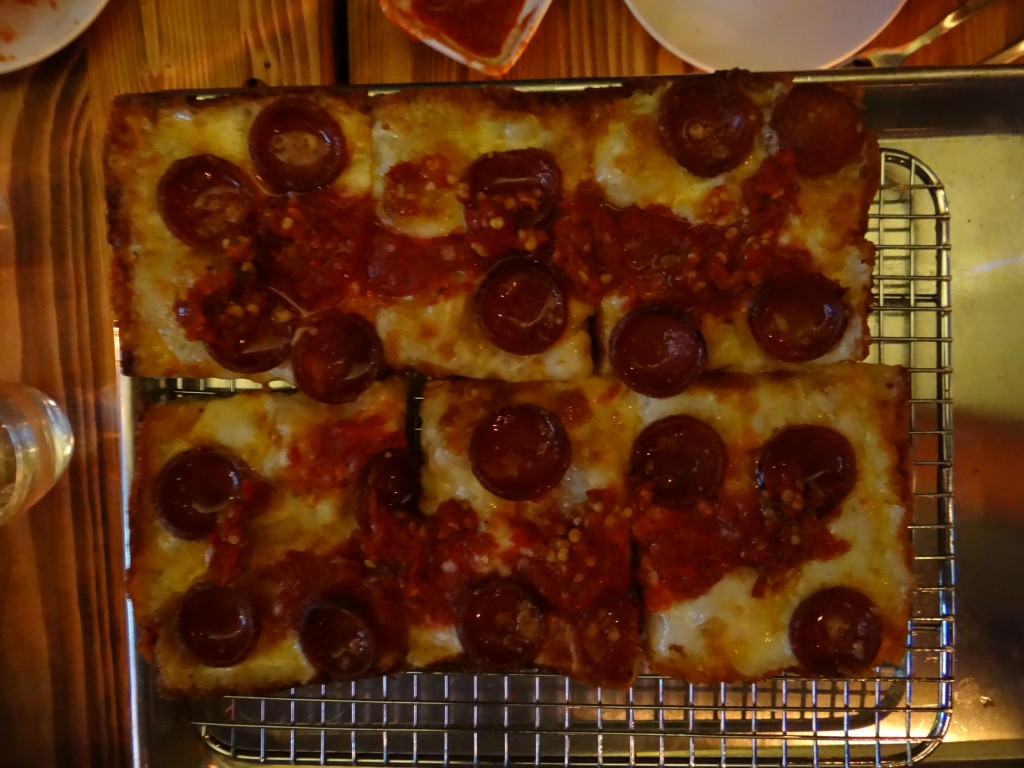 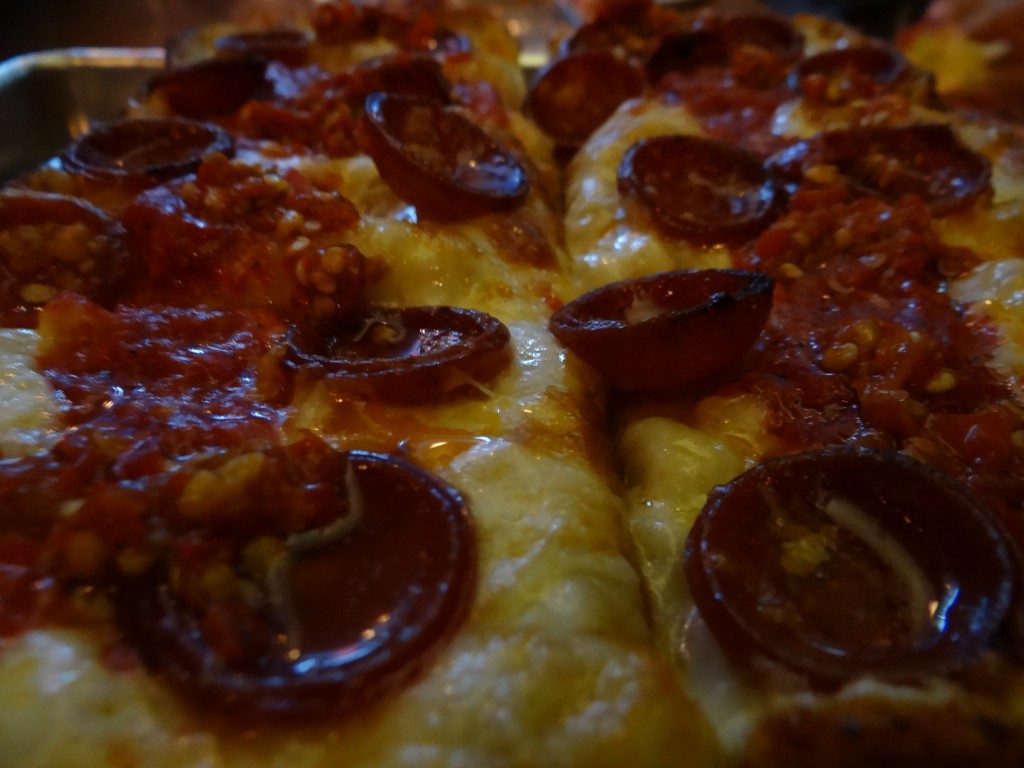