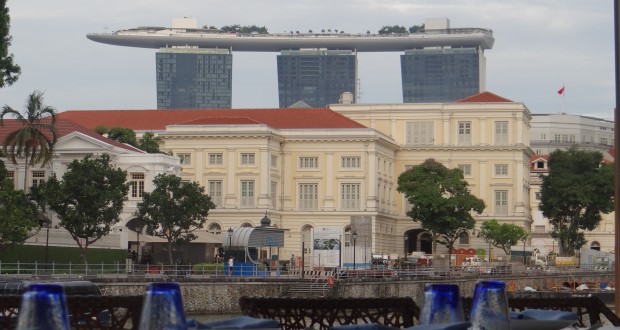 Pizza With A View In Singapore

Posted by: I Dream Of Pizza in International, Reviews, Singapore September 28, 2015

Pizza With A View In Singapore

Over the past four years, I’ve taken an annual trip to Asia. And if you read IDreamOfPizza, you know that each visit has included at least one stop to eat pizza (Japan in 2012, Thailand, Vietnam, and Cambodia in 2013, and China in 2014). This summer, I spent two weeks in Singapore and Malaysia where I managed to squeeze …

Summary : Located on a historical river embankment along the Singapore River, the Italian restaurant serves 10 pies. The pizza is decent enough, but the real reason to come here is for the views.

Over the past four years, I’ve taken an annual trip to Asia. And if you read IDreamOfPizza, you know that each visit has included at least one stop to eat pizza (Japan in 2012, Thailand, Vietnam, and Cambodia in 2013, and China in 2014). This summer, I spent two weeks in Singapore and Malaysia where I managed to squeeze in some pizza in both countries. My trip started out in Signapore and my research pointed me to a handful of supposedly decent places. This article and this article provide pretty comprehensive overviews, although any list which includes California Pizza Kitchen (as does the latter) should be read with at least some suspicion. Of note, although I didn’t go, is that Los Angeles’ Pizzeria Mozza has a Singapore outpost in the Marina Bay Sands complex. I passed by and I must say that it was sort of strange to see the restaurant situated in an upscale shopping mall.

As there didn’t seem to be an overwhelmingly favorite pizza places among Singaporeans, the spot I decided to visit was Enoteca L’Operetta (78 & 79 Boat Quay). 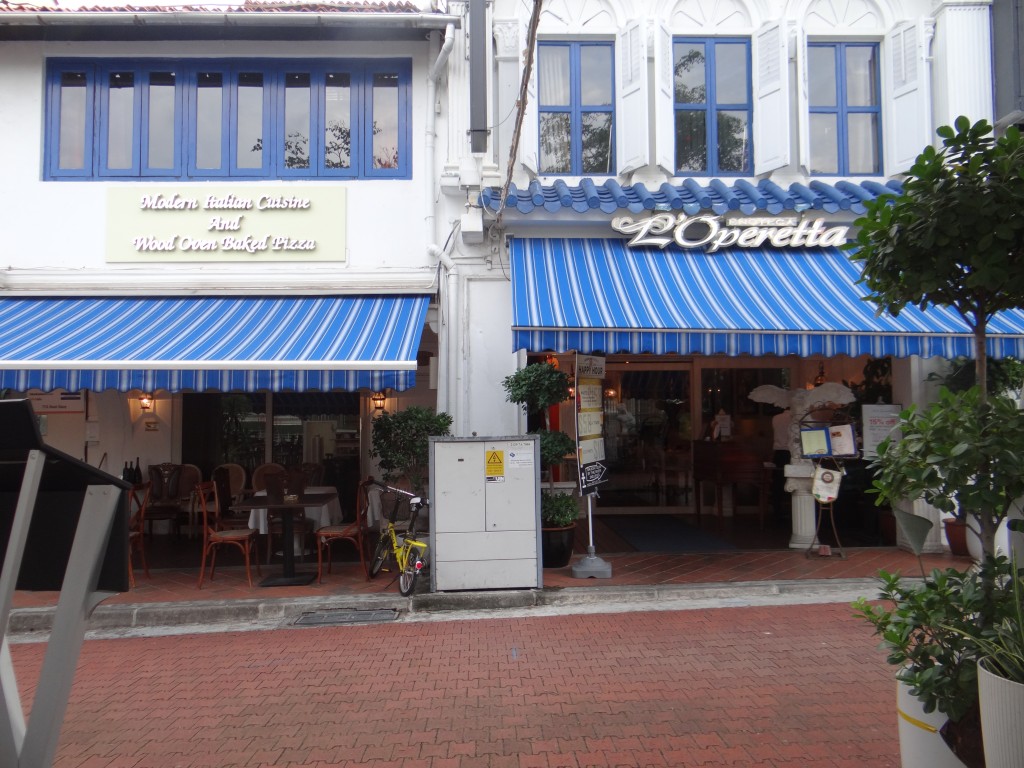 The restaurant serves traditional Italian food and also happens to have 10 pizzas on the menu. But what particularly attracted me to Enoteca L’Operetta was its location at Boat Quay, a historical river embankment on the Singapore River. The area is a bit of a “scene” but it is also scenic. And while there might be better pizza in Singapore, I can’t imagine there is a better dining view. 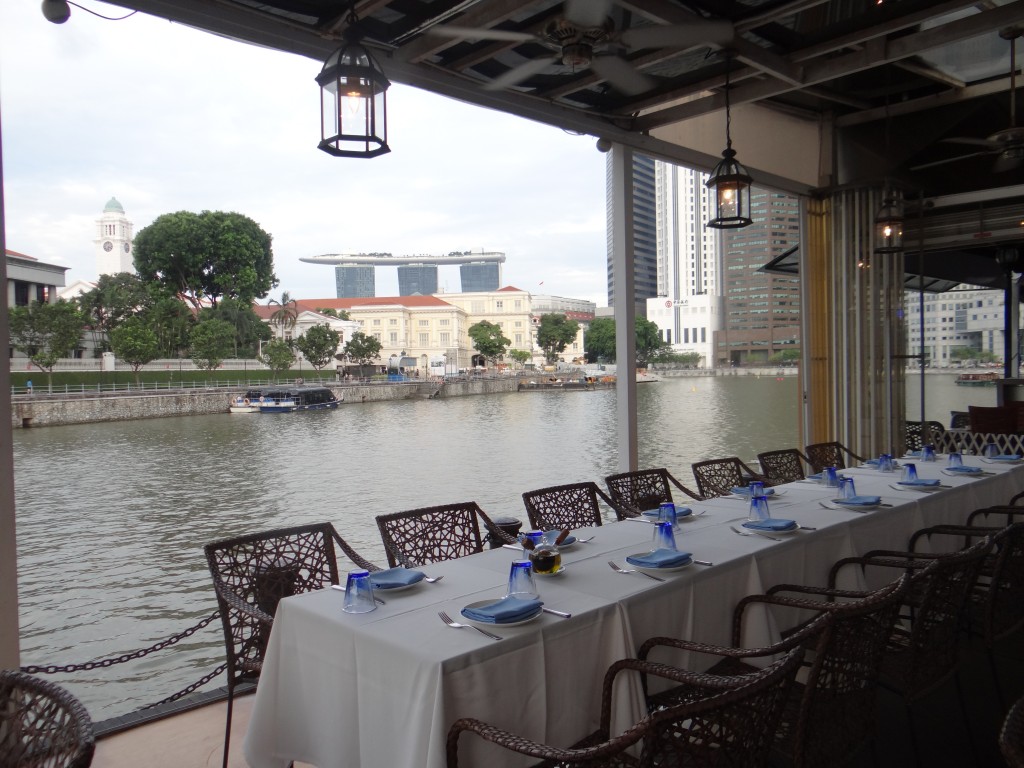 The restaurant can seat about 20 diners outside along the riverfront. When I arrived around 6:30 on a Wednesday evening, there was nobody sitting outside. I asked the host to be seated outside and he told me that unfortunately, all of the tables were reserved. This seemed odd to me — that they couldn’t squeeze in a party of two — given that there were zero people at the restaurant. After some convincing, the host agreed to let us sit outside as long as we were finished by 7:30. Throughout our meal, you could tell he was nervous that we would linger. But really, it shouldn’t take more than one hour to eat some pizza.

We ordered a margherita pie (tomato sauce, mozzarella, parmesean, and basil) and a quattoro formaggi (4 cheeses). That’s really how the ingredients on the latter we’re listed on the menu. Just “four cheeses.” Usually restaurants specify which cheeses are on the pie, but Enoteca L’Operetta leaves a little bit of mystery to the dining experience. Also, strangely the quattoro formaggi pie was the most expensive pie on the menu at 28 Singapore Dollars (SGD) which is rought $20 USD. The margherita was a more reasonable 16 SGD ($12 USD).

I really liked the marghertia pie. Look — it costs 12 bucks and you can take in a great view along the waterfront while you enjoy it. That can’t really be beat! It’s not the best margherita pie you’ll ever have, but it was certainly sufficient. One common problem I’ve found in Asia is that if there is an inferior ingredient on pizza, it’s typically the cheese. For whatever reason, countries in Asia tend to have sub par cheese. It’s not a major part of the Asian diet and this was one of the few times on my trip I consumed dairy. The mozzarella on the pie wasn’t as bad as I expected, however, clumps did stay together when I tried to pull the slices apart.

Speaking of cheese, the quattoro formaggi, wasn’t great. The mystery cheeses didn’t make the cut (I think they were probably mozzarella, gorgonzola, parm, and maybe ricotta). The gorgonzola was, not surprisingly, the most noticeable. Maybe in a country which doesn’t do cheese well it was a mistake to order a pie with four cheese on it (remember, it was the most expensive pie on the menu!), but I figured it was worth a long shot. If you go to Enoteca L’Operetta maybe try another pie. There is nothing particularly adventurous on the menu — so I don’t think you’ll be thrown for any curveballs. And even if you don’t like the pie your ordered. Well, there is always that view. 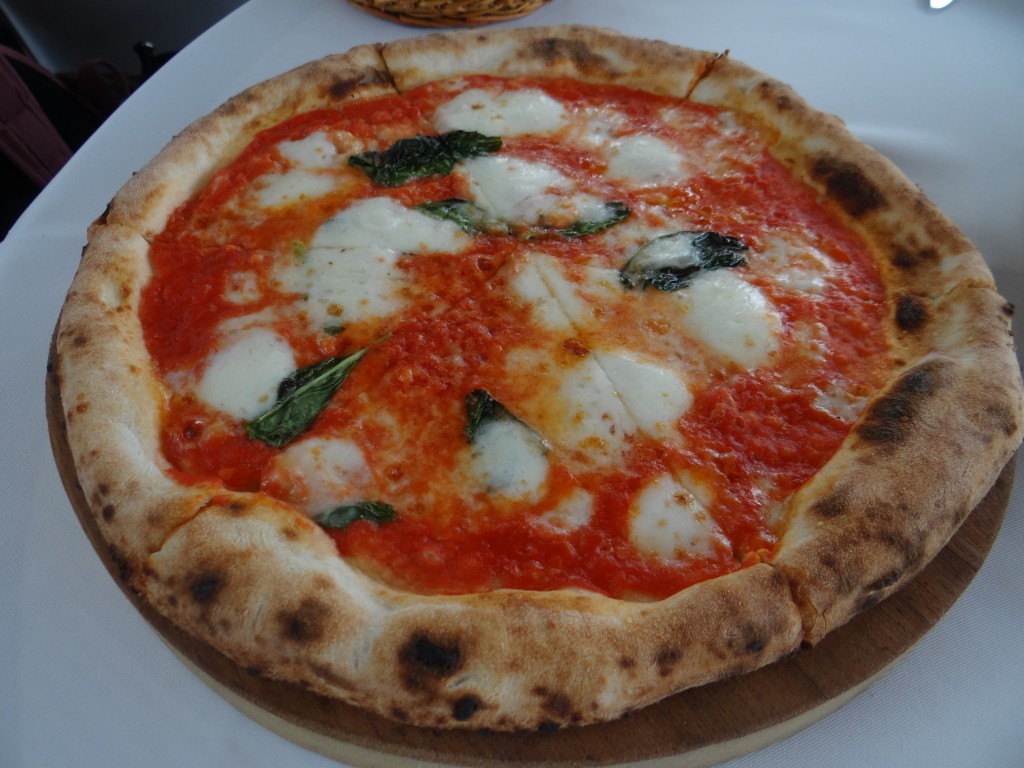 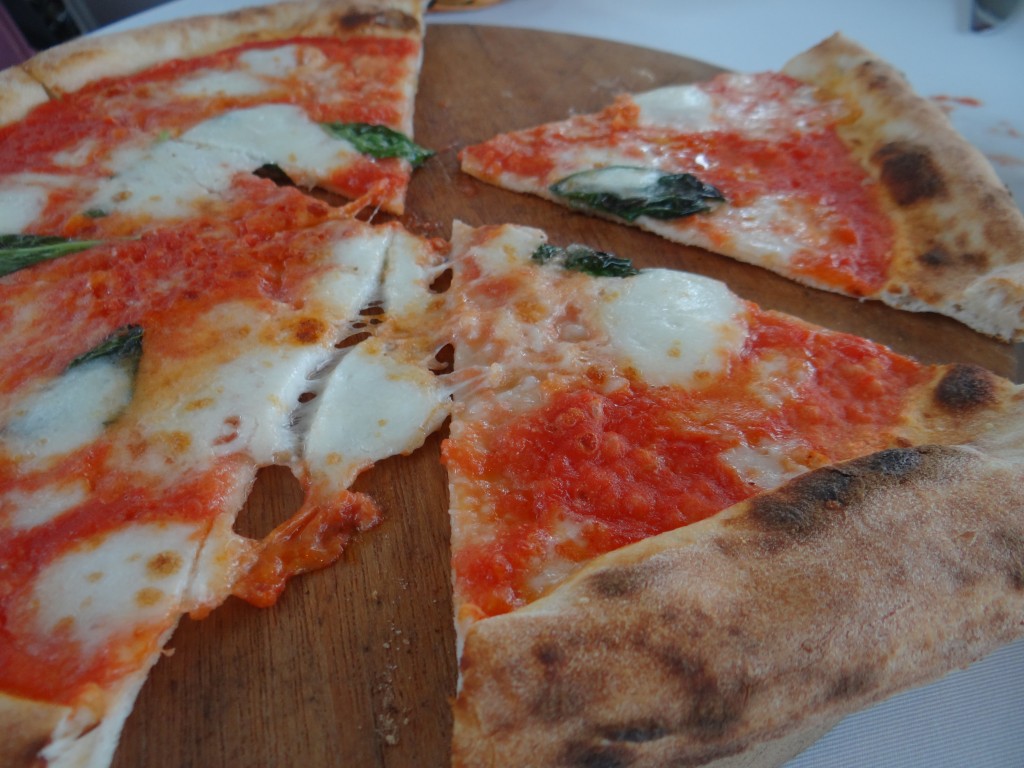 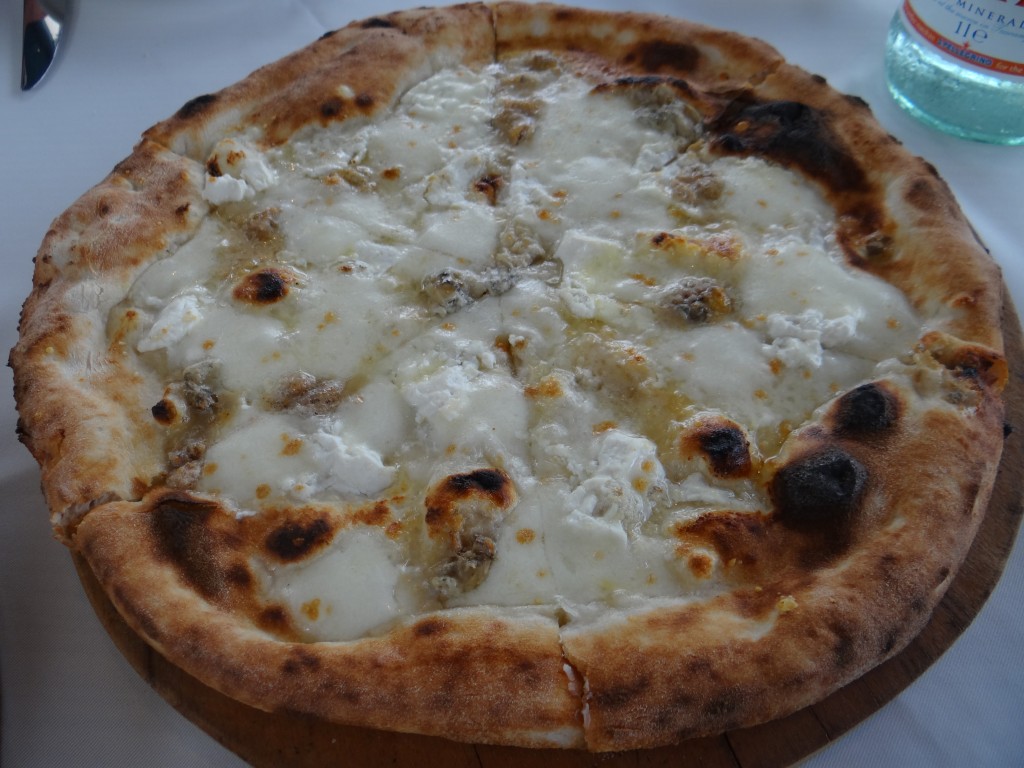 Previous: Malaysian Style Pizza At A Penang Mall
Next: A Portlandia-Like Pizza Place On Orcas Island