"Giving Pizza A Chance" In Portland

As I mentioned yesterday, I took my first ever trip to the Pacific Northwest last month and will be reporting on my pizza findings this week. When I landed in Portland the first thing I did was head over to Give Pizza A Chance — a food truck I’d read about in The New York Times (Frugal Portland).

Today, there are almost 400 carts around Portland, most of them clustered into “pods” that ring parking lots, and thanks to low start-up costs and Multnomah County’s straightforward licensing and inspection regime, aspiring chefs can make their names without major investments. As a New Yorker I was jealous; as the Frugal Traveler, overjoyed at what I could find within a single pod. The slices ($2 to $3) at Give Pizza a Chance were excellent, with a thin inner crust, a thicker, chewy outer crust and fresh, brightly flavored toppings (like the tomatoes, basil, artichokes and onions on the “Compost” slice). 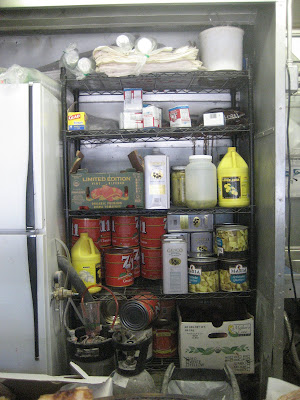 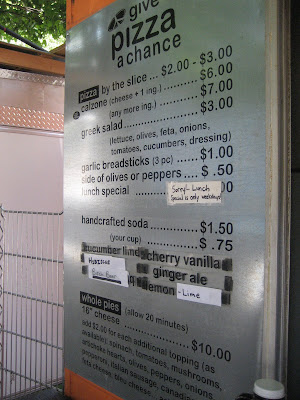 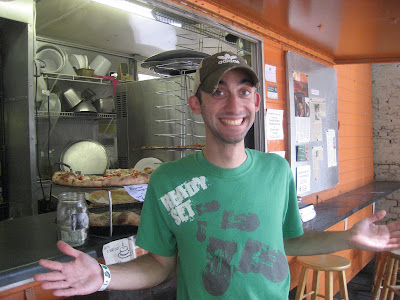 I also wanted to save room for some empanadas from the Cara Quena truck (see below), so I only had one slice with roasted vegetables. It was tasty. The toppings were grilled to perfection. And the price was right at $3.

Definitely the best pizza I’ve had from a truck. Had I been in Portland for more than 48 hours I would have made it back here to try some other slices. The girl serving the pies was as friendly as can be and they even make their own soda (free samples too!). There was nobody else there when we went (Saturday morning), but I hear it gets pretty packed on the weekdays during lunch.

Cute concept. Cute name. New York could use some trucks like this. 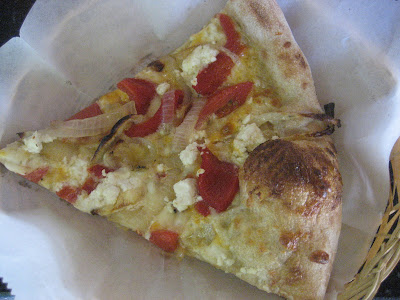 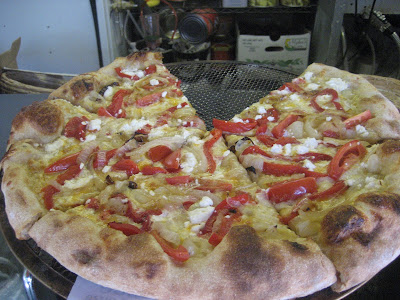 Some other offerings I didn’t get to try 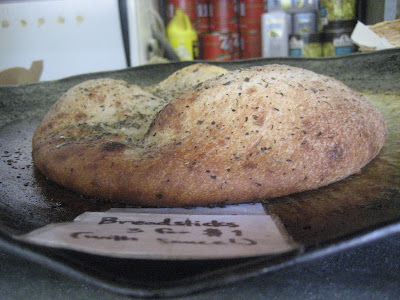 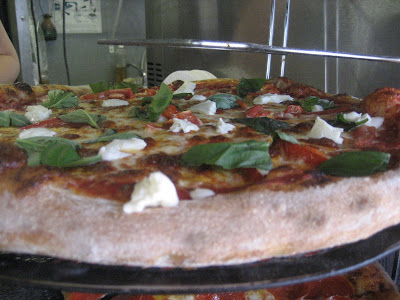 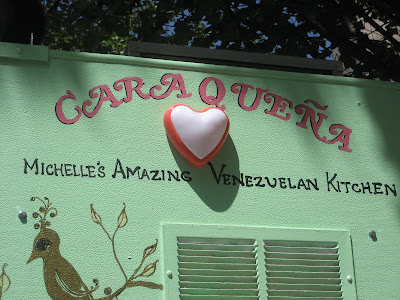 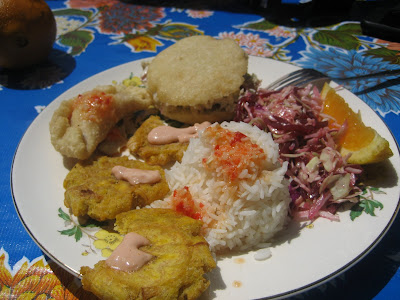 2009-08-11
I Dream Of Pizza
Previous: Via Tribunali: Stellar Pizza In Seattle, Washington
Next: From Uno’s To Co