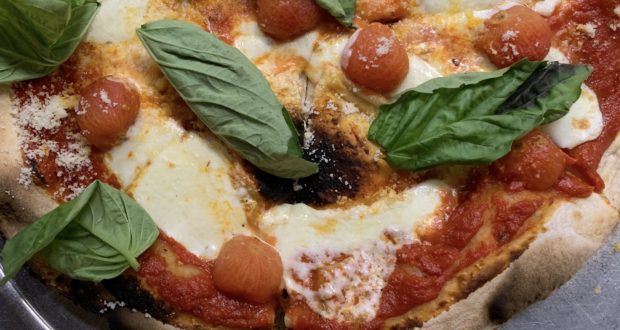 This past winter, I spent a few days visiting Montgomery and Birmingham, Alabama. While the pizza options in Montgomery left much to be desired (the best options appeared to be Mellow Mushroom and Bib Street Pizza, although I didn’t have a chance to visit either of them), the food scene in Birmingham has more to …

Summary : This pizza spot in Birmingham's up and coming Avondale neighborhood has something for everything

This past winter, I spent a few days visiting Montgomery and Birmingham, Alabama. While the pizza options in Montgomery left much to be desired (the best options appeared to be Mellow Mushroom and Bib Street Pizza, although I didn’t have a chance to visit either of them), the food scene in Birmingham has more to offer, especially in the up and coming Avondale neighborhood. 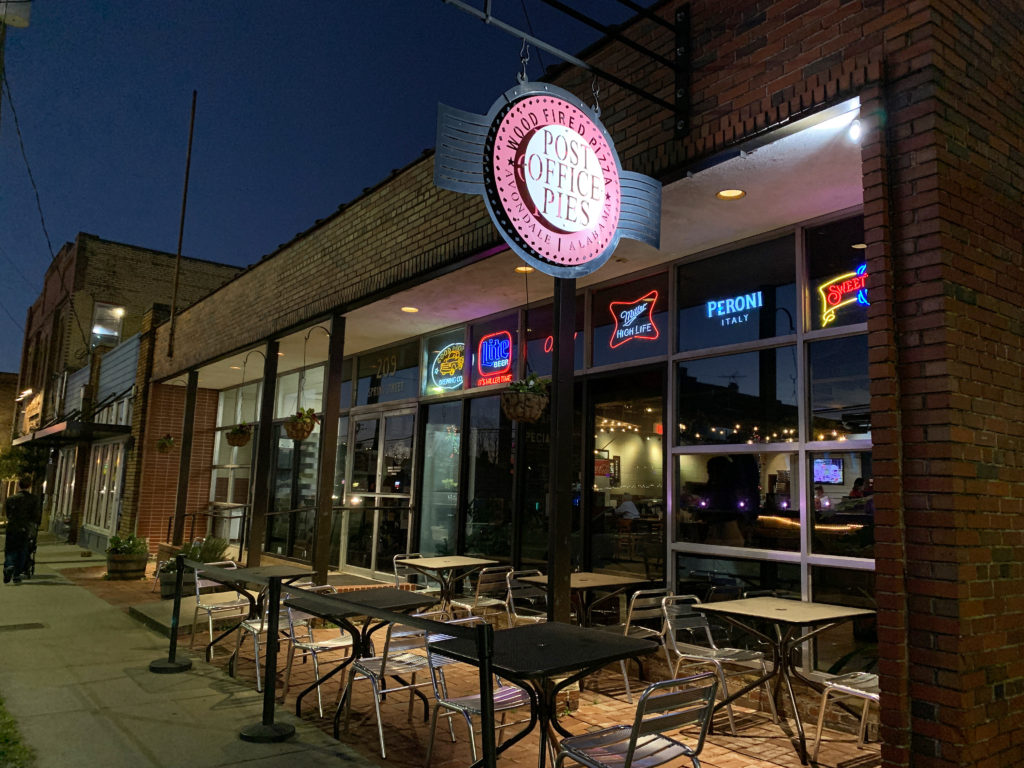 The restaurant was full on the Tuesday evening I visited — a mix of couples on dates, families, and a large party of teenage girls who appeared to be celebrating a Sweet 16. There is also bar seating near the entrance where you can grab a beer and watch college football. In other words, whatever the occasion is for your pizza consumption, Post Office Pies is there to deliver.

And that also applies to the menu. They have apps (meatballs and cheese bread), salads (caesar and garden), pastas (baked ziti and mac & cheese), and sandwiches (meatballs and chicken parm). But the star of the menu is, of course, pizza. 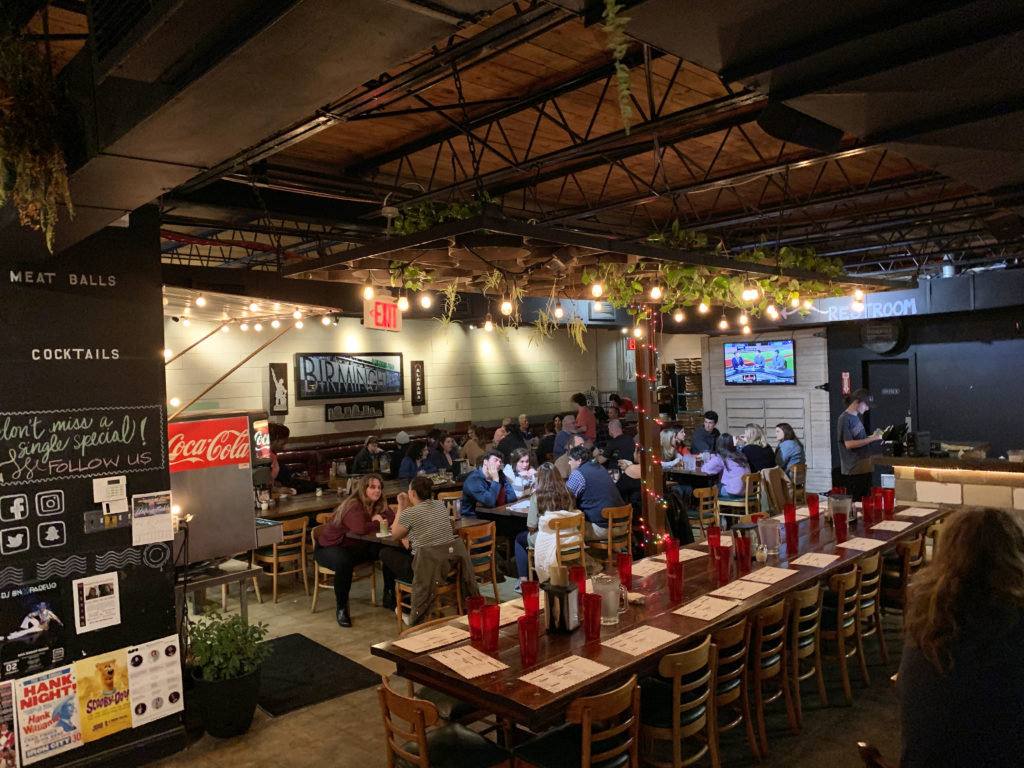 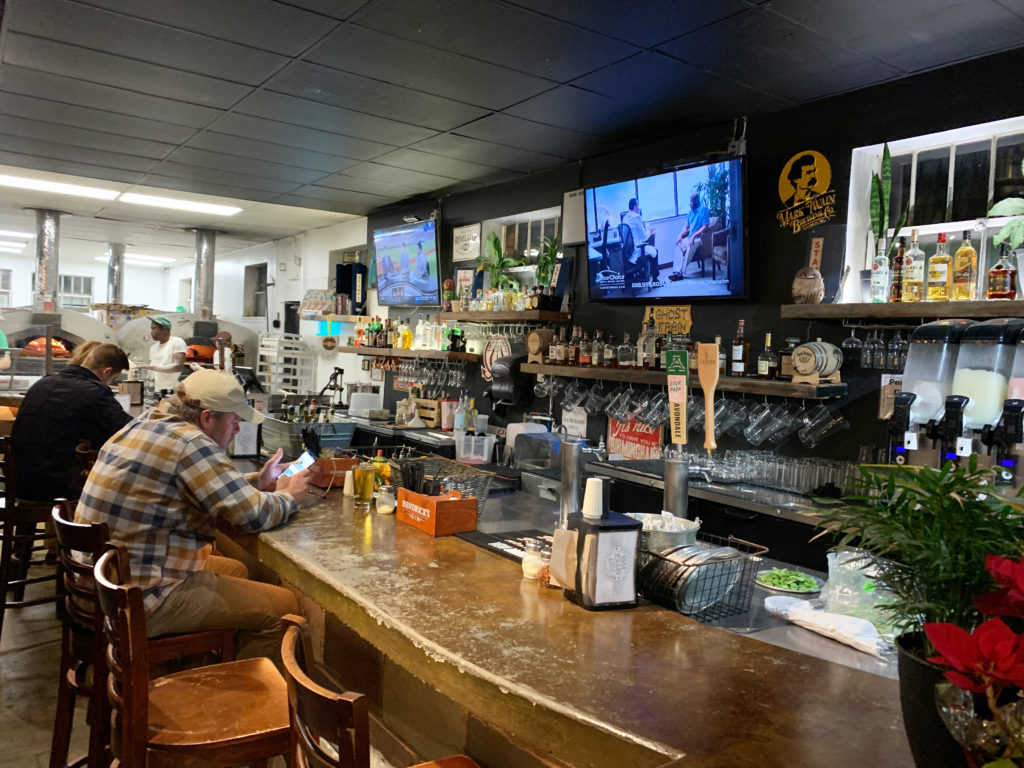 There are 10 options each of which are available as 9 inch and 12 inch pies. The 9 inch pies cost $12-$18 and the 12 inch pies are $16-$22. There is also a Supreme Pie (tomato sauce, pepperoni, sausage, red onion, mushroom, olives, greeen bell pepper, parmesan, and basil) that’s only available as a large for $25. Two small pies or one large pie is enough for two people.

In addition to the “House Pies” you can also build your own with a choice of four bases: tomato, pesto, meat, or white ($12-$13 for a small and $16-$17 for a large). Extra ingredients range from $1-$3. So there are lots of options. Whatever you’re in the mood for, Post Office Pies is there to deliver.

Both pies were tasty. I really liked the de-skinned cherry tomatoes on the magherita and the garlic that we added on the pesto pie. Each ingredient provided its respective pie with some “pop” — an unexpected burst of flavor in every bite. 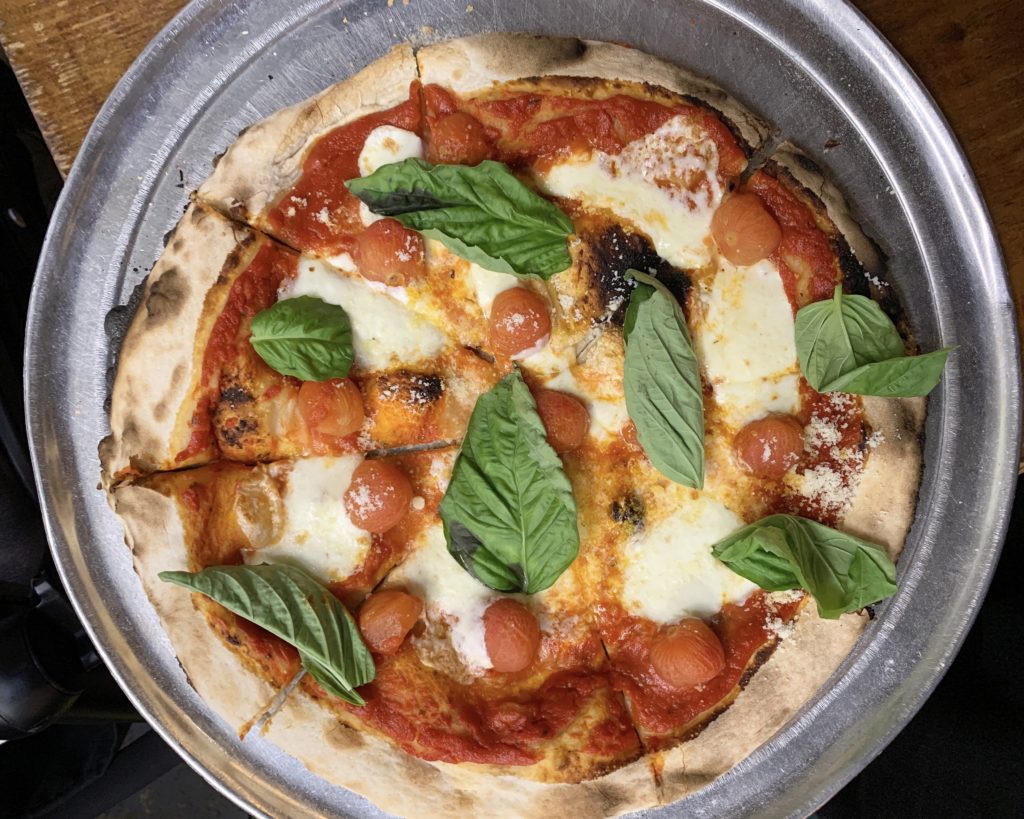 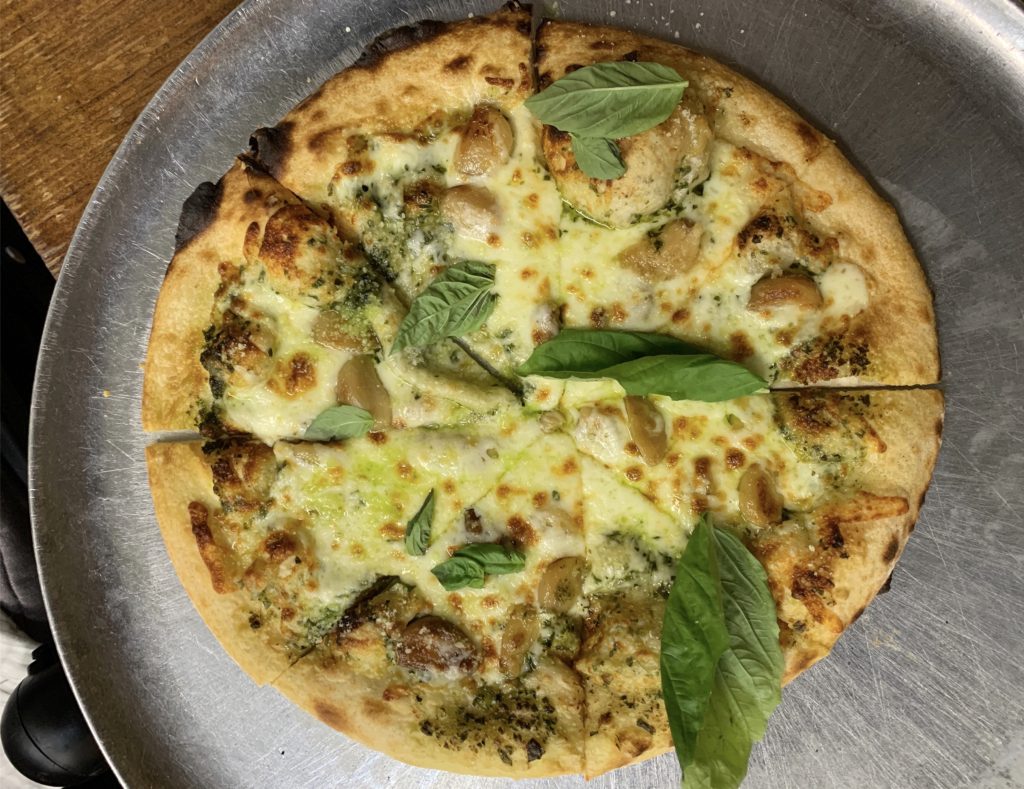 The restaurant’s chef, Jason Hall, has spent time working at New York’s Gramercy Tavern, Per Se, and Momofuku Ssäm Bar. While the quality of the food at Post Office Pies isn’t quite of that caliber, the spot offers a formidable dining option in an up and coming neighborhood. The food scene in Birmingham is still evolving, but every great food city needs at least one hallmark pizza spot. And Post Office Pies is a strong contender for that accolade in Birmingham. In other words, I suppose you could say that Post Office Pies delivers.