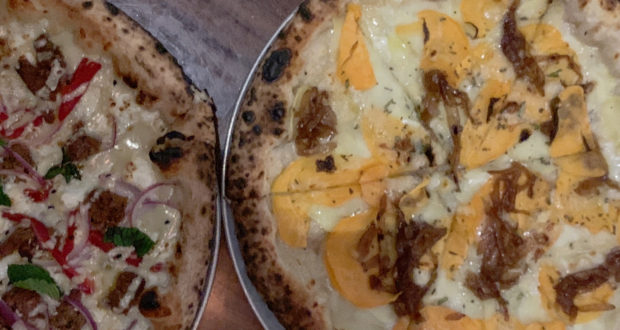 Posted by: I Dream Of Pizza in Minnesota September 1, 2020

Last summer, I spent a weekend in Minneapolis, Minnesota. The two main things on my agenda were seeing a Twins game and hitting up the state’s renowned fair. But before I indulged in corn dogs and fried butter on a stick, I made sure to hit up a local pizza place. Much of my research …

Summary : One of the most well regarded restaurants in Minneapolis -- this bustling spot offers nearly 20 pies with creative toppings like tahini dressing and rendang coconut curry.

Last summer, I spent a weekend in Minneapolis, Minnesota. The two main things on my agenda were seeing a Twins game and hitting up the state’s renowned fair. But before I indulged in corn dogs and fried butter on a stick, I made sure to hit up a local pizza place. Much of my research pointed me to Young Joni (165 13th Ave NE), a restaurant in the Northeastern area of the city. My friend and I waited longer for a table there than in every food line at the State Fair — combined! But it was well worth it. 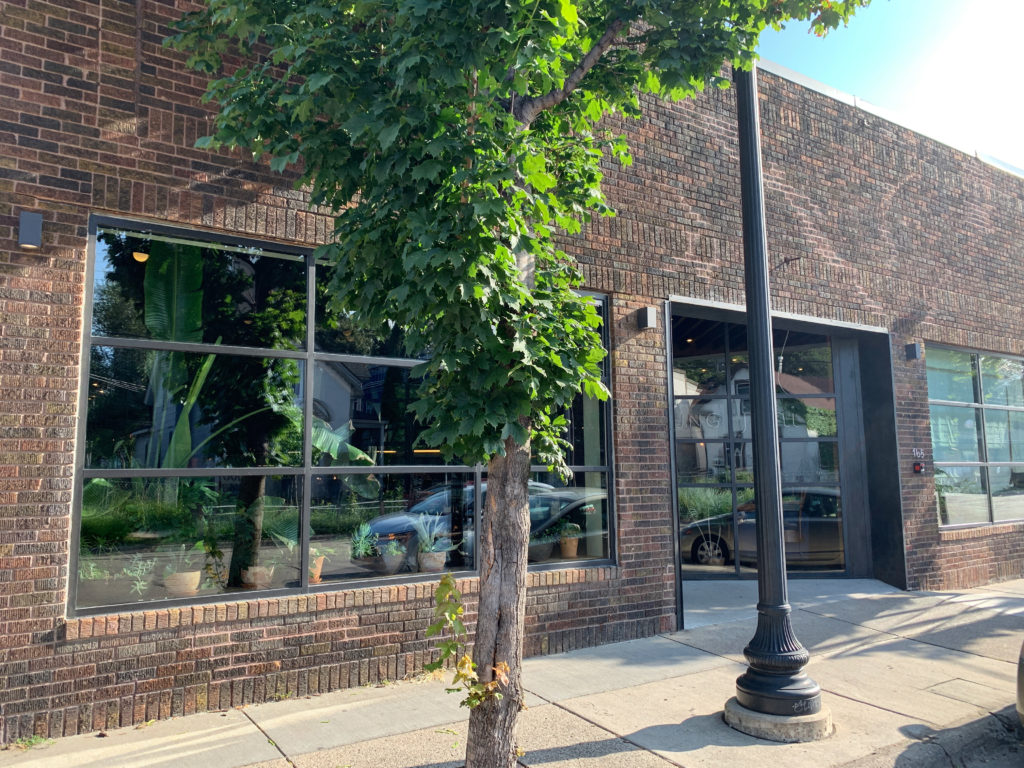 We arrived at Young Joni around 9PM on a Saturday evening and there wasn’t an empty seat in the restaurant. In fact, there was a two hour wait for table. In many cities outside of New York, I find that the crowds at restaurants tend to start winding down around 9PM. But Young Joni is open until midnight on weekends, making it an ideal place for a late night bite.

Luckily, my friend and I were able to snag a seat at the bar before our table was ready. The full menu is available there. That includes nearly 20 pizzas. But also vegetables, salads, and dishes listed under “Other Delights” such as Pork Belly Ssäm, Korean Beef Short Ribs, and Coal Roasted Quail. Not exactly what you’d expect to find at a restaurant that specializes in pizza. But chef Amy Kim — who also owns Pizzeria Lola and Hello Pizza — is originally from Korea. And Korean flavors often make their way into many of her dishes. She’s a James Beard award winning chef, and all of her Minneapolis restaurants are well regarded.

My friend and I order two pies (in addition to some cauliflower and Japanese sweet potato): One Potato, Two (Yukon Gold & Sweet Potatoes, Gruyère, Cream, Caramelized Onion, Rosemary) and This Lamb is Your Lamb (Lamb Sausage, Mozzarella, French Feta, Red Onion, Piquillo Pepper, Mint, Tahini Dressing).
Both were tasty. On the first, the thinly sliced potatoes are the star — although I wouldn’t have complained if there were more caramelized onions on this pie. The latter, which features seven ingredients, was delicious. No individual ingredient overshadowed the others. But the lamb melts in your mouth and the tahini dressing adds an unexpectedly exciting element to each bite. 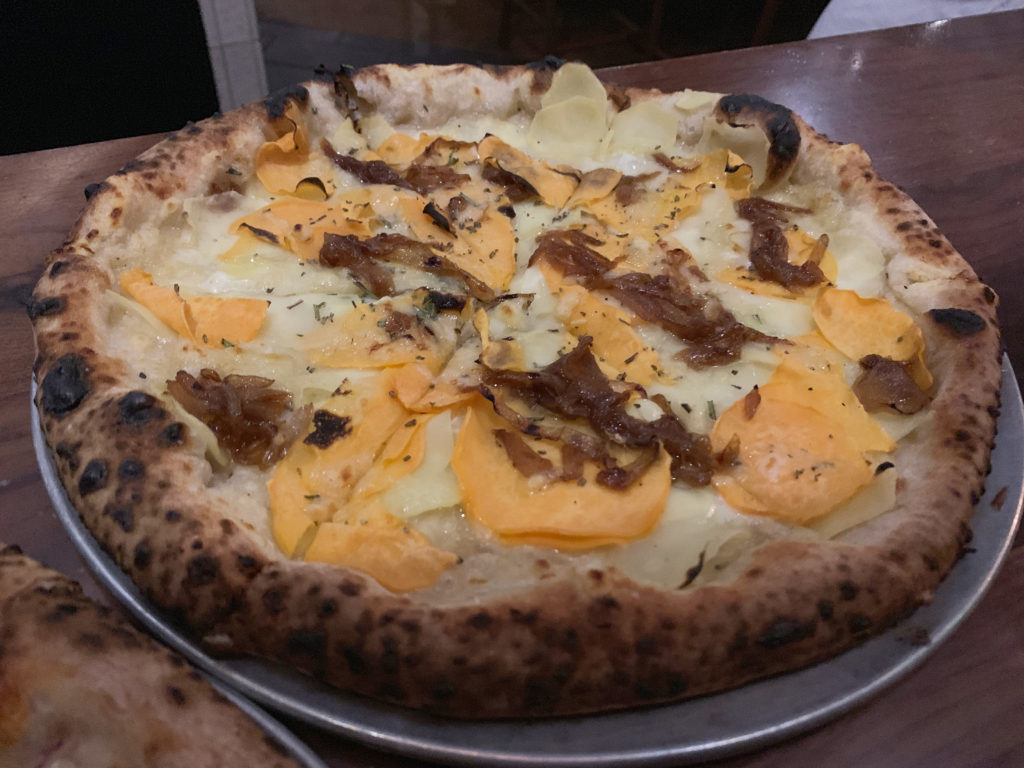 This Lamb is Your Lamb 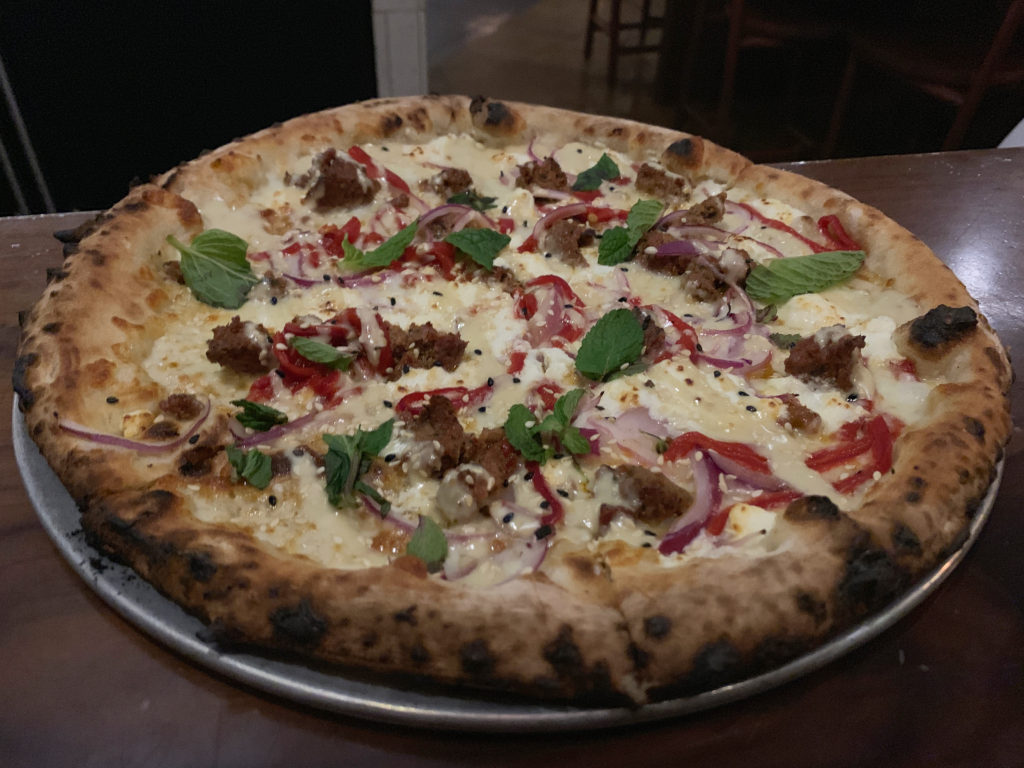 I don’t know if I’ll be going back to Minneapolis anytime soon. But when I do, I’m excited about returning to Young Joni to try some other pies (as well as Kim’s other spots). In the meantime, I have a feeling that it’s going to remain at the top of just about every Minneapolis restaurant list. So don’t take my word for it. All you have to do is Google “Best Restaurants in Minneapolis” and see for yourself what the locals and food critics think.