Last weekend, I went down to Charlotte, North Carolina to visit a friend. The region is probably better known for its fried chicken than its pizza, but a little pre-trip research indicated that there are a number of beloved pizza places down there. Reviewers, however, never seemed to come to a consensus on one “must-visit” place. After consulting with my friend down there, we decided that if I could only make it to one place during my trip, it had to be FUEL PIZZA. 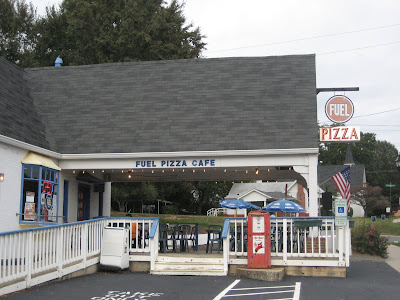 Currently there are nine Fuel Pizza locations in North and South Carolina — it’s a relatively new chain with a promising future. It was started seven years ago by three people from New York who had trouble finding good pizza in Charlotte. They took it upon themselves to open a pizza place and their first location was converted into a restaurant from a 1950s gas station. The rest is history. But pizza is only part of the story.

Each subsequent Fuel location has been converted from a gas station. And the similarities don’t stop at the name. The gas station theme is carried out in nearly every aspect of the place. There are old school gas pumps inside as well as signage that looks like it’s been there for 50 years (see the Standard Oil Company sign above the register). The place has a vibe of an old-school retro pizza place, but it’s designed well. You don’t get the feeling that there are dusty artifacts rusting away in the corner. You can tell the place was only built a few years ago, but the throwback vibe makes you feel like you’ve stepped into a time machine and been shot back to your parent’s generation. 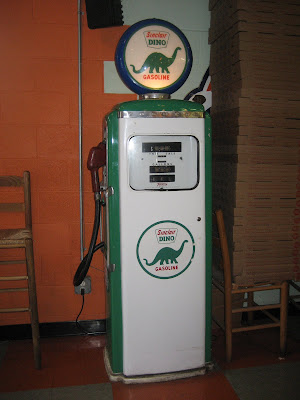 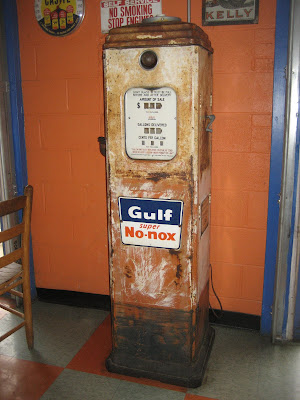 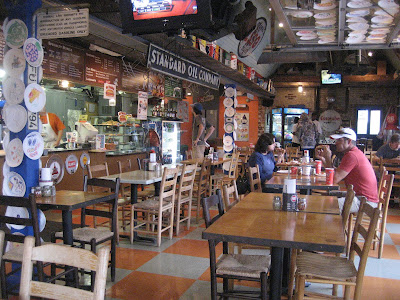 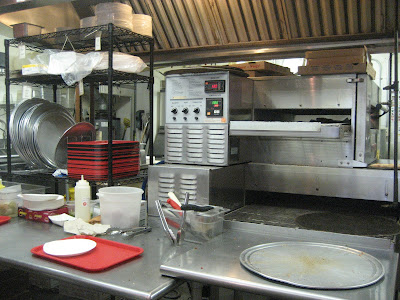 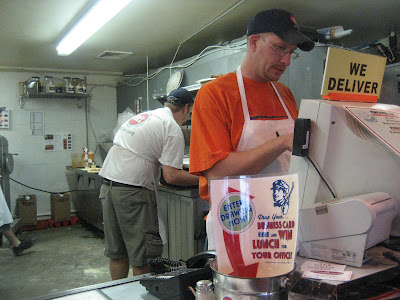 They have an eclectic selection of pizzas — all available by the slice or pie. When we ordered slices that weren’t currently available, they created pies from scratch. Some of the more ambitious pizzas include selections like the lasagna pie and there are also a number of pies that stick with the FUEL theme: The Extreme Fuel Pizza includes pepperoni, Italian sausage, meatballs, ham, ground beef, and mozzarella… while The Whole Engine Pizza comes with pepperoni, Italian sausage, meatballs, roasted onions, green pepper, fresh mushrooms, and mozzarella.

I ordered a Margherita Slice (fresh mozzarella and vine ripened tomatoes with fresh basil) and a Spinach Ricotta & Tomato Slice. My friend Phil had an Artichoke & Tomato Slice. All three were delicious. I’ll admit that I hadn’t had pizza in a week and was incredibly hungry at the time, but I really liked the pizza there. There’s so much fresh produce from local farms that I’d have to imagine the ingredients are even fresher and more organic than what you would find in NYC. I’m not sure I’ve seen a place in New York that has this vast a selection of slices, so I was definitely a fan of the variety. And I realized how great of a cheese ricotta is on pizza (as opposed to gorgonzola which I’ve decided I don’t like!).

I’m not sure the pizza at Fuel was similar to what you might get in New York — people from North Carolina shouldn’t mistakenly think they’re getting a New York slice of pizza there. Pizza in New York doesn’t taste like that. This is not to say that the pizza isn’t as good as, if not better, than the pizza we have here in the city. But it’s just different. And wasn’t it your parents that told you there’s nothing wrong with being different? 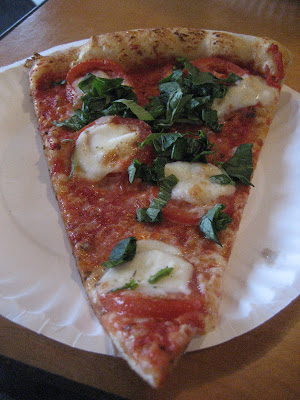 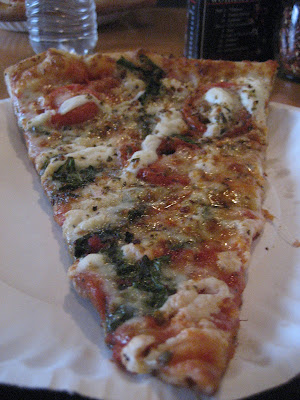 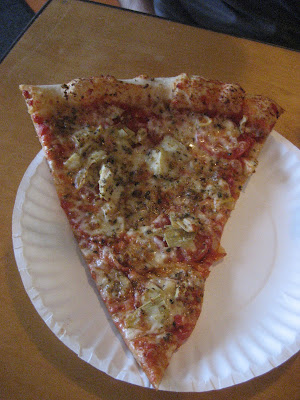 2009-10-16
I Dream Of Pizza
Previous: A Space Saving Pizza Contraption
Next: $5 Pies @ Fornino In Williamsburg This Week