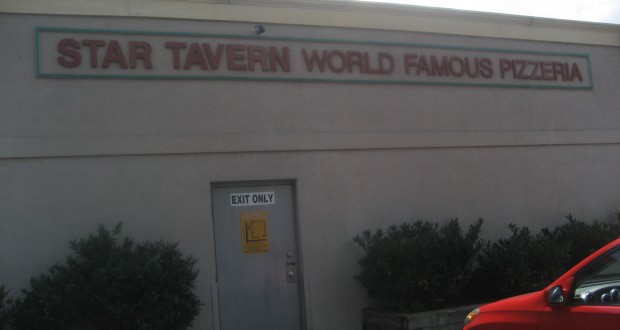 And the New Jersey pizza tour continues… As I mentioned last week, I recently gathered a bunch of  friends for a trip across the Hudson. The idea behind this outing was to hit up not only some of New Jersey’s classic pizza places, but a few of the newcomers to the pizza scene there too. …

Summary : Star Tavern serves up some of the best bar style pies I've had in a classic New Jersey bar.

And the New Jersey pizza tour continues… As I mentioned last week, I recently gathered a bunch of  friends for a trip across the Hudson. The idea behind this outing was to hit up not only some of New Jersey’s classic pizza places, but a few of the newcomers to the pizza scene there too. Our quota of classic places was filled with stops at Santillo’s (639 South Broad Street) in Elizabeth and Star Tarven World Famous Pizzeria (400 Hight Street) in Orange.

Star Tavern opened in 1945 — 30 years after Santillo’s. Although only a 25 minute drive separates the two places, they couldn’t be more different from one another. What stood out about Star Tavern the most, was not the fact that their pizza was so great, but that it was being served at a bar. My experience with bars in New York City is that they are great places to go for a burger or even some chicken wings. But to me — drinking establishments and good pizza have never been synonymous with one another.

Walk into Star Taven, and you feel like you’re in any small town sports bar. To your left is the bar itself; flat screen televisions, a neon Budweiser sign, and an abundance of hard liquor adorn the back wall. There are about 20 stools, a few of which were occupied on Saturday around 3PM. 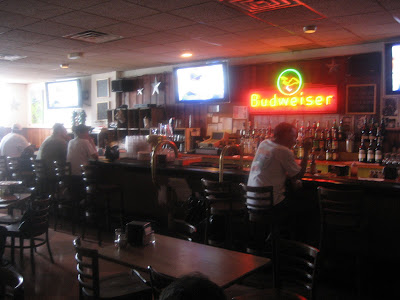 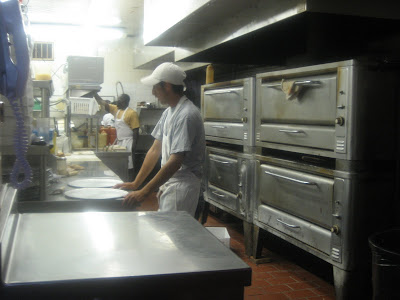 The place itself can hold another 100 people in tables and booths. Our party of five sat down at a table and ordered a “Regular” pie which costs only $9.50. The waitress seemed perplexed, explaining that most people order an entire pie for themselves. The pies, although sizable are thin bar pies which make consuming an entire pie by yourself quite feasible. With more pizza on the agenda for the rest of the afternoon, we decided not to stuff ourselves. The rest of the pizza menu is rounded out with 10 other pies ranging from the simple (red spinach with roasted garlic) to the more complex (onions, sausage, pepperoni, peppers, mushrooms, and anchovies). No pie costs more than $14.50.

Our pie was delicious. I’d heard great things about Star Tavern but even after placing our order I was skeptical about the quality of the pie I was about to eat. As previously mentioned, I’d never had great pizza at a bar before. In addition, I’d never had a great bar pie before. Especially on the heels of my unpleasant experience at Eddie’s Pizza Truck, I had low expectations for the extent to which a bar pie could impress me. But everyone in our group really enjoyed the pizza.

Upon first glance, I thought it was going to be the sauce which stood out. But upon first bite I realized it was the cheese that really made this pie. My slices held together well considering how thin they were. In some sense, the name of the pie on the menu – “Regular” – characterized the pizza well. The folks at Star Tavern aren’t trying to be fancy or go crazy with pizza concoctions. They keep it simple. No basil… no fresh mozzarella… no frills. Yet at the same time, there is nothing regular about this pizza at all.

It’s an exceptional bar pie from a renowned pizza place which most certainly lived up to expectations. 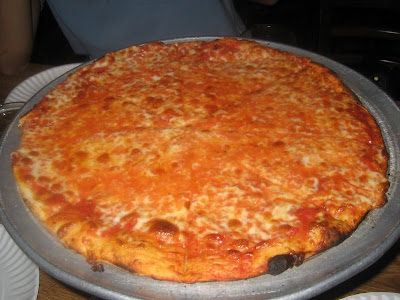 Previous: The NYC Pizza Run To Take Over Manhattan On 9/19
Next: The Best 25 Pizzas In Chicago