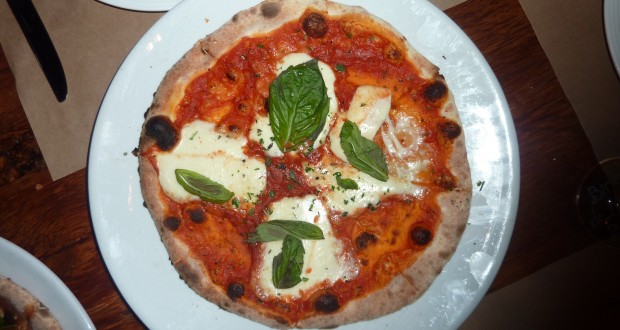 I’ve had quite the range of experiences when it comes to pizza in Philadelphia. I loved Stephen Starr’s Pizzeria Stella back in 2010 but was disappointed with the classic pies at Tacconelli’s last year. One place that had been on my radar for quite some time is Osteria (640 North Broad Street). The kitchen is …

Summary : The pies at this Italian restaurant are a must-try along with their delicious pastas and entrees. The topping combinations are creative and often meat heavy.

I’ve had quite the range of experiences when it comes to pizza in Philadelphia. I loved Stephen Starr’s Pizzeria Stella back in 2010 but was disappointed with the classic pies at Tacconelli’s last year. One place that had been on my radar for quite some time is Osteria (640 North Broad Street). The kitchen is manned by James Beard award-winning chef Jeff Michaud and although it’s not exclusively a pizzeria, about ten pies appear on the menu nightly.

On a weekend in late February, I swung by with a group of friends and we ordered four pies. Although none of them outshined the restaurant’s pasta dishes, they served as a nice complement to the heavier entrees. 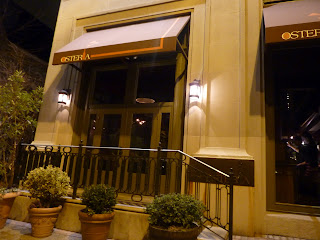 The pies are approximately 12 inches in diameter — similar to a Neapolitan pie — but they feature a crunchier and crispier crust. They’re meat heavy (only two vegetarian pies) and contain ingredients that you might not normally find on pizza — duck confit, scallop, and octopus. We were not feeling particularly adventurous. The price range is $15-$22, which means that a four-pie dinner could creep up near $100 after tax and tip. A bit pricey, especially for Philadelphia.

The standout pie in my mind was the Lombarda which features a baked egg (similar, but not quite as good as the Tartufo at Stella). The tomatoes on the Amatriciana were flavorful and were accompanied by chili flakes which gave them an extra kick. The Parma was heavy on prosciutto and light on arugula, as it should be. The traditional Margherita pizza was just that — traditional (aka: standard, average). It’s best to go for a more exotic pie while it’s in front of you. 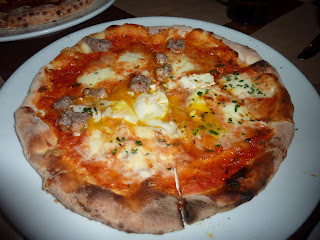 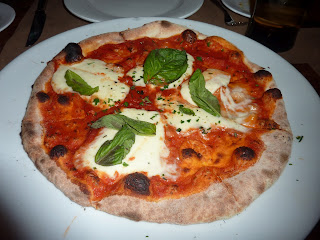 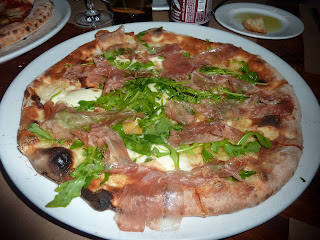 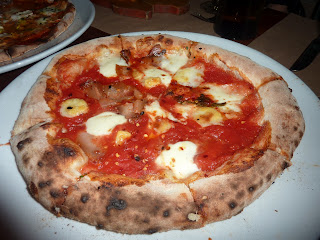 Even though the restaurant is approaching its five year anniversary, it’s still the place to be on a Saturday evening in Philadelphia. More bars and restaurants are opening in the surrounding Fairmont neighborhood, and it wouldn’t be surprising if Osteria remains an “it” destination for years to come. As their pizzas rotate seasonally, it gives everyone — including myself — a reason to return the next time I’m in town.