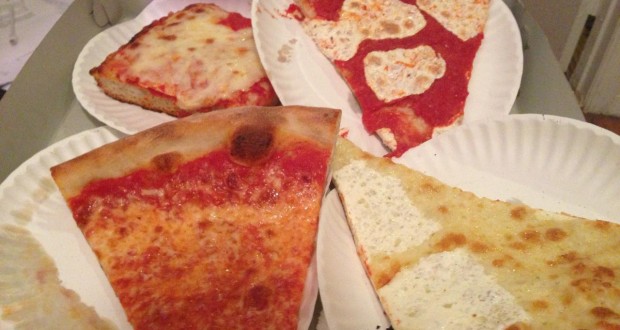 First Look: Joe’s Pizza Is Back!

First Look: Joe’s Pizza Is Back!

It’s hard to believe it’s been close to nine years since the original Joe’s Pizza closed it’s doors on the corner of Bleecker Street and Carmine Street in the West Village (now home to a Grom gelato shop and previously inhabited by a pizza chain named Abierto’s). That seems like an eternity ago. Joe’s has …

Summary : Brings back memories of the original. It's the best quality slice within a few blocks of Union Square and is a nice addition to the east side.

It’s hard to believe it’s been close to nine years since the original Joe’s Pizza closed it’s doors on the corner of Bleecker Street and Carmine Street in the West Village (now home to a Grom gelato shop and previously inhabited by a pizza chain named Abierto’s). That seems like an eternity ago.

Joe’s has always held a special place in my heart. My earliest memory of Joe’s took place in the spring of 2000 and, believe it or not, was actually documented. I was up in New York on a class field from Maryland and stopped by Joe’s for two slices before heading to the bus to leave town. While I was there, I ran into Matt Cameron (pictured below) and Mike McCready — the drummer and guitarist from Pearl Jam.

I recall speaking with them about their performance on David Letterman the previous night, and due to the wonders of the internet, I know the exact date of our encounter: April 13th, 2000. 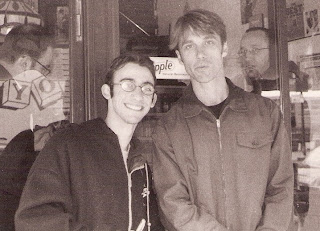 I frequented Joe’s once I moved to New York City in 2002 and was disappointed when the original slice joint shuttered in 2004. There was another outpost of Joe’s down the block that’s remained open since then, but traditionalists claim the pizza was never the same.

Flash forward to early 2013, when a location of a chain called Naked Pizza shuttered in a space on 14th Street and 3rd Avenue which it had occupied for less than a year. Although deep down, I was hoping a decent pizza place would replace it — on a block that also boasts a Bravo location and an Amore’s — my expectations were low. But last week that all changed, when a neon sign featuring the original Joe’s Pizza logo was unveiled. They opened their doors today and you can be sure I was there to rekindle some memories.

I ordered four slices — a plain, margherita, white, and sicilian. They were all tasty, but the plain definitely brought back memories and the margherita was surprisingly stellar (I would have never splurged for the marghertia back in college). A plain slice is just $2.75. I use the word “just” not because I believe that’s cheap. But give the prime location on a heavily trafficked corner near Union Square, I’m guessing rent isn’t exactly what is was ten years ago. Nevertheless, I hope we don’t see the price of a slice creep up.

The pizza landscape in the Village has changed drastically since the original Joe’s closed. Within a 10 minute walk is Artichoke, Motorino, Luzzo’s, South Brooklyn Pizza, and dozens of other shops vying for competition in a way that didn’t seem possible a decade ago. Price wars have ensued. And now there are two places — Krust and Joey Pepperoni’s — just around the corner selling slices for $1.00. Joe’s is actually attached to an NYU dorm. And is across the street from another. I just hope people give them enough business to stick around.

Here are some sights from night one at the new Joe’s Pizza on 14th Street. 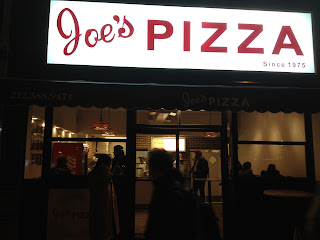 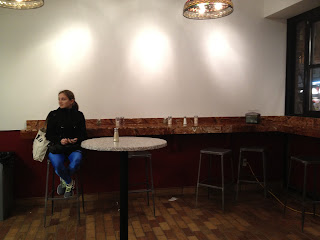 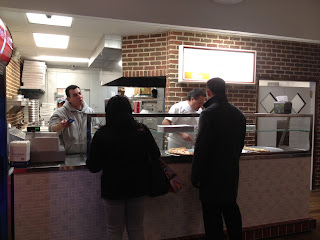 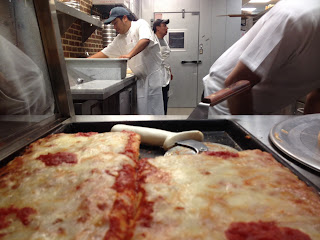 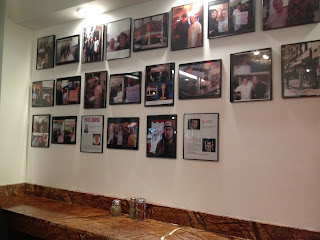 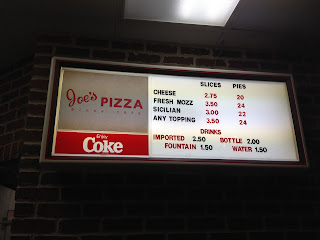 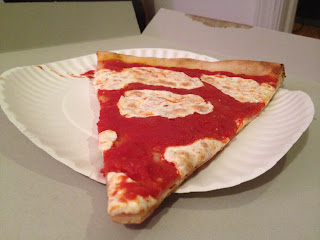 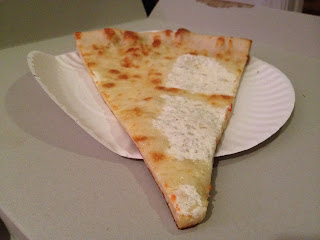 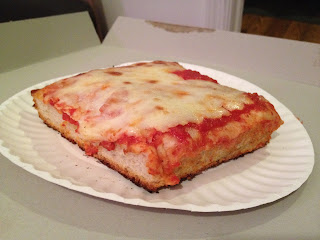 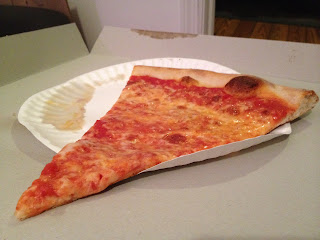 Previous: Wake Up, Frankfurt: Pizzeria Da Cimino
Next: A Break For Italian At Girasole Pizza In Chiang Mai, Thailand