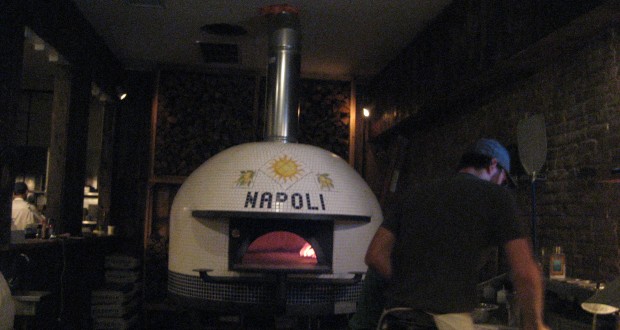 I’ll start off this write up by getting right to the point: Paulie Gee makes some of the best pizza I’ve ever had. And the fact that he’s now serving it in a beautiful new restaurant in Greenpoint is reason to celebrate. In fact, nearly every time I’ve been there since it opened in March, …

Summary : One of my favorite New York City pizzerias, Paulie Gee's serves up Neapolitan style pies that rival what you'll find in Italy. Their creative topping combinations and expansive menu always have me returning for more.

I’ll start off this write up by getting right to the point: Paulie Gee makes some of the best pizza I’ve ever had. And the fact that he’s now serving it in a beautiful new restaurant in Greenpoint is reason to celebrate. In fact, nearly every time I’ve been there since it opened in March, somebody has been celebrating something. If you’re looking for a cozy, unpretentious place to mark a birthday, anniversary or just hang out with friends and enjoy a quality meal, this is your spot. And it doesn’t hurt that the pizza happens to be pretty amazing.

First though… a bit of background. Around a year ago, I began to see articles popping up online about a dude from Warren, New Jersey (that’d be Paulie!) who would occasionally invite guests over for some pizza from the small wood-fired oven in his backyard. Although I never made it out there, after a slew of raving reviews, I knew something special was going on. Slice even gave Paulie a nickname: Pizza Madman.

Flash forward to this fall, when word started to spread that Paulie would be opening his own pizza place in Greenpoint, Brooklyn — a neighborhood which lacked a quality pizza place. By early 2010, Paulie was firing up his custom built oven (shipped from Italy), as workers were putting the finishing touches on the space — a dimly lit, 60-seat pizza paradise. Diners enter the restaurant through sprawling wood doors, where they can grab a seat at the four stool bar (which also contains the restaurant’s only booth). Or they can make their way into the back room where all the action take place. I’ve quickly learned that the best seat in the house all the way in the back of the restaurant where you can watch Paulie work his magic, one pie at a time.

The pizza itself is more filling that I thought it would be and quite reasonably priced for the quality of what you’re getting. The most expensive pie on the menus is $16 — similar to somewhere like Motorino, but cheaper than places like Co, Keste, and Pulino’s where pies reach the $19-$20 range. The crust is some of the best I’ve ever had — airy, puffy, soft and slightly charred. And the combination of fresh ingredients are always distributed graciously.

It’s nice to know how much care Paulie puts into every single pie. He wants everything to be perfect and anything less is unacceptable. In some sense I’d compare the Paulie Gee experience to that of Di Fara. At least for the time being, when you arrive at the restaurant — you know exactly what to expect. There in the back you’ll see Paulie and his side kicks (including son Derek) hard at work. It’s not uncommon to see Paulie stop by tables to check in on individual diners and make sure they’re enjoying their food. On a Saturday evening last month, a large birthday party was eager to have him join their group photo. It’s this kind of personal touch, which makes the experience stand out.

The regular menu currently lists ten pies — some which boast quite comical names. In my opinion the best pie on the regular menu also happens to have the best name: Arugula Shmoogala. Italian tomatoes, baby arugula, olive oil, sea salt, shaved Parmigiano-Reggiano all mix together to melt in your mouth. Greatness! But no trip to Paulie Gee’s is complete without trying at least one pie on the “Specials” board — a rotating selection of specialty pies. There are typically three to choose from. On a recent trip there, I fell in love with one. Her name is Cherry Jones and she consists of a perfect ratio of fior di latte, gorgonzola, dried bing cherries, and proscuitto di parma. If you see that this pie is available, get it!

Every time I’ve been to Paulie Gee’s, the place has been full, but not overflowing. Only time will tell whether or not the crowds flock to Greenpoint and Paulie Gee’s develops the type of cult following that some other notables places have. But for now, it’s nice to know that you can drop in on a Saturday evening without making reservations a month in advance.

It should also be noted, that I’ve never felt rushed at Paulie Gee’s. When there’s a line of 30 people outside of Motorino, it’s only natural that you feel the need to stuff your face and get going. For the time being, that’s not the case at Paulie Gee’s. Which goes back to the notion that dining there is about more than just the delicious pizza. It’s an experience… and one I hope anyone who reads this is able to partake in soon.

* I know Paulie has high standards when it comes to photographs of his pies. In the event that the shots below don’t due them justice, you can click here, here, or here. 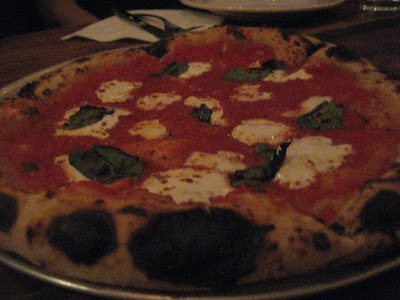 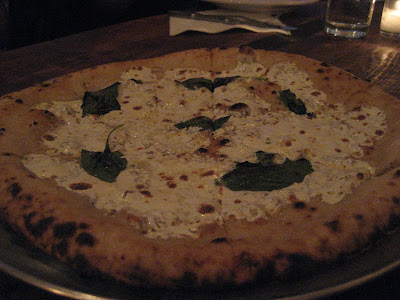 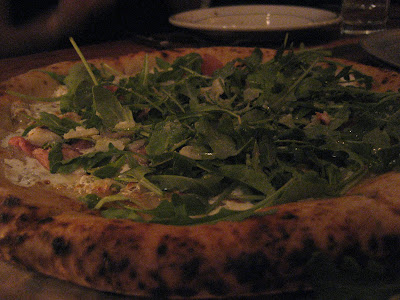 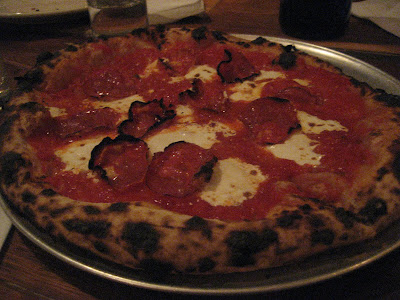 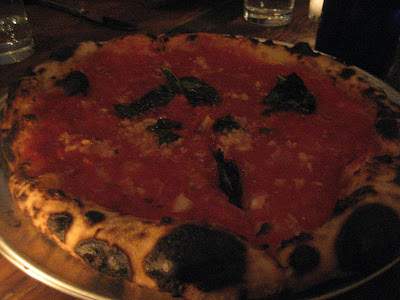 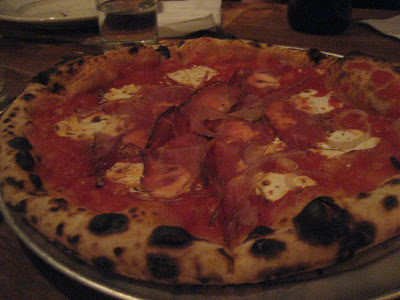 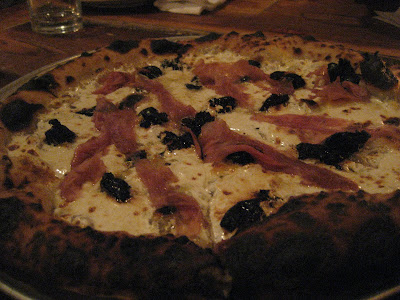 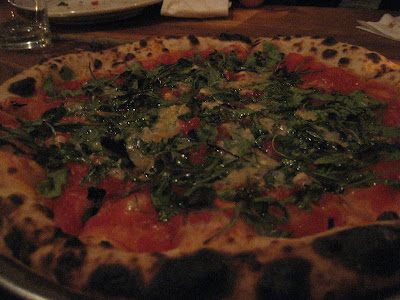 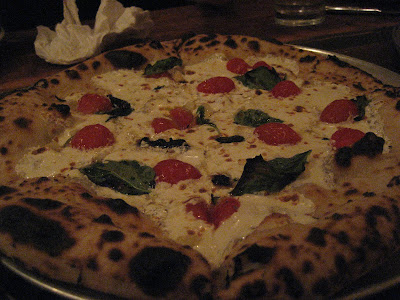