Astoria is known for many things. It’s Greek food. The Bohemian beer garden. Kaufman Studios. But one thing that doesn’t come to mind when you hear the name of one of Queen’s most popular neighborhoods is pizza. It’s not surprising though, as there are few people of Italian heritage who live there. In fact, Astoria was first settled by the Dutch and Germans in the 17th century and around 50 years ago a large number of ethnic Greeks from Greece, Albania and Cyprus made the area their home, giving Astoria the largest Greek population outside of Greece itself. So if you’re looking for some spanakopita, melitzanosalata, kolokythoanthoi, or tzatziki you’ve come to the right place. But for pizza… not so much.

I was invited to a tasting at Da Franco (1919 24th Avenue) last week — a modest Italian restaurant that opened last May just north of the Triborough Bridge (RFK Bridge). The one thing that Da Franco suffers from is it’s poor location. About a 15 minute walk from the closest subway stop, it isn’t easily accessible unless you’re willing to navigate the Queens bus system. But locals have a delicious new restaurant that serves up what is arguably the best pizza in the area. If I lived across the street, I’d eat there all the time. Unfortunately, with comparable places surrounding me in the East Village, it’s not the kind of destination eating establishment that makes places Di Fara, Lucali, and Totonno’s popular among folks from other boroughs.

On a Thursday evening, we were practically the only people there, although I’m told it gets crowded on the weekends. The restaurant is attached to a new apartment complex and is beautifully decorated. Every tabletop features a map of Italy and it’s not so far fetched to close your eyes and you can imagine that you’re sitting in the middle of Rome. 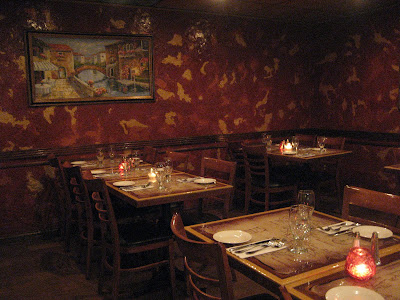 The menu is expansive and takes time to navigate. Luckily we were just sticking to pizza and dessert. There were 21 pies on the menu which is a lot for any restaurant and especially a place that serves so many other dishes. Perhaps narrowing the list down to the ten pies they do best would benefit diners. I tried four 1/2 pies and each were delicious.PIZZA ALLA MODENA – Light tomato sauce, cherry tomatoes, fresh homemade mozzarella cheese, oregano, and shaved parmigiano cheese. 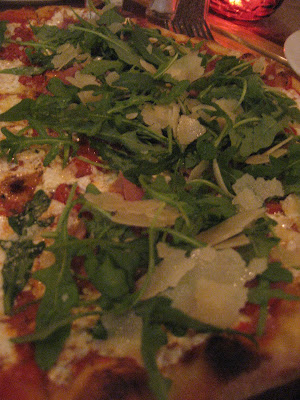 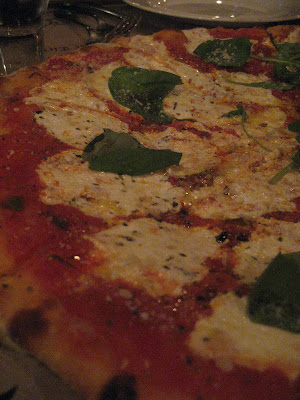 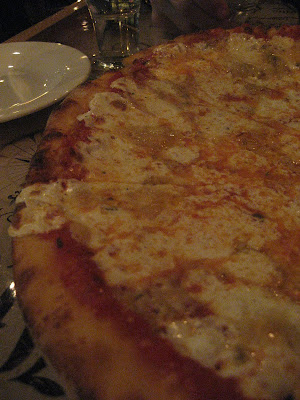 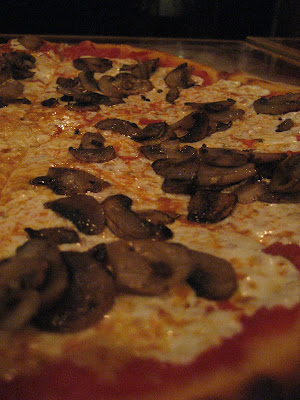 The last two pies were my favorites. The cheeses in the QUATTRO FORMAGGI melt in your mouth and the sauteed mushrooms were juicy and delicious.We also tried two desserts: a cheesecake and tiramasu that was large enough for a family of four (seriously… check out this monster!). 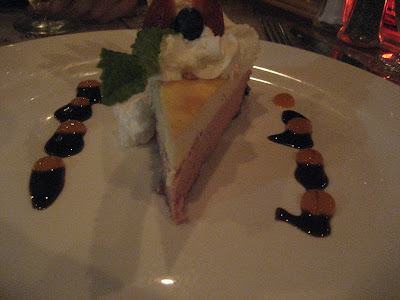 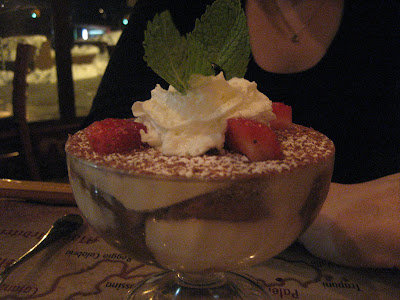 If the food at Da Franco was being served in a cute, hole-in-the-wall Italian restaurant in the East Village there would be lines out the door and local food blogs would be raving about the place. But to garner accolades outside Manhattan and Brooklyn is difficult unless you’re doing something revolutionary or your restaurant somehow develops some kind of underground cult following.The reality is that Da Franco is a wonderful neighborhood restaurant. The owner — Franco — is there every night with a friendly smile and greets every diner, many who appeared to know him. Franco has been running restaurants in New York for decades and knows the recipe for success. Hopefully as more people in the area discover this newcomer, the place will thrive in it’s “off the beaten path” location.
2010-02-24
I Dream Of Pizza
Previous: Pizza Cones Come To Midtown; I Stay Away
Next: Tracy Morgan & Bruce Willis Enjoy Pizza At…