L’asso: Too Cool For School?

The first word that comes to mind when I think about L’asso (192 Mott Street) is cool. It’s not a particularly descriptive adjective, but if every pizza place in the city was a person from my high school class, L’asso would be the homecoming king. It’s located in uber-hip Nolita. It’s walls and exterior are decorated with hip artwork (they even have “gallery openings“). And they tweet. If L’asso is the most popular kid in the class, then it’s grandfather can be found down the street at Lombardi’s. The two pizza places are just a block away, but L’asso — which has been open for five years — couldn’t be more different from it’s neighbor — which has been serving pies for more than a century.

I went to L’asso on a Friday night around 7PM with Scott from Scott’s Pizza Tours. Eating pizza with Scott is a completely different experience than eating pizza with… well… anyone else. He’s more passionate about pizza than anyone I’ve met and it can never hurt to learn a bit about the the ingredients and style of the pizza you’re eating. By the time we left less than 2 hours later the space was full. The restaurant only holds about 30 people which feels like exactly the right size for the environment they’re trying to foster. 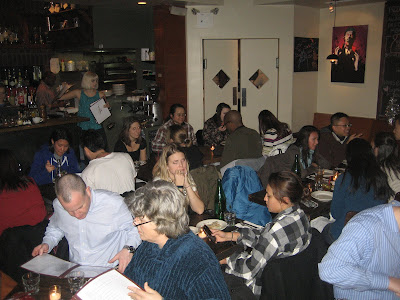 L’asso — although it’s been around for five years — has only recently started to generate the type of press and accolades that a top notch pizza place warrants. I’m curious how different their pizza might have tasted when it first opened in 2004. It predates what I sometimes refer to as the New York City pizza revolution, yet it still gets clumped together with the new generation of pizza places like Veloce, San Marzano, and Co.

The pizza comes in three sizes: small (12″), medium (21″) and large (29″). The small pie is round, but the larger two are rectangular, so do be misled by the sizes. A quick Google search indicates that a circular pie with a 29 inch diameter would look something like this: 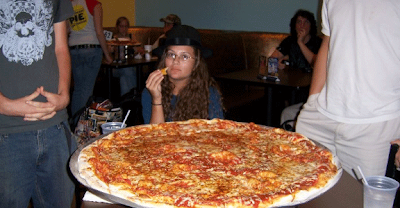 There’s no way that L’asso’s 29 inch pie could feed a family… and even two pizza lovers could easily knock it out. All of L’asso’s pies are thin crust. Scott and I decided to order one medium pie and one small pie. It was just the right amount of food (although Scott said he could eat more!).

The 21 inch rectangular pie we ordered was half margherita (tomato sauce, buffalo mozzarella, oregano, basil, and olive oil) and half “Big D” off of the specials menu (essentially a margherita pie with some regular mozzarella and grated parmesan cheese). Our 12 inch circular pie — The Mela — featured mozzarella, gorgonzola, asparagus, apple and truffle oil. It was the highlight of the evening. Neither of us had ever had apple on pizza before and both of us were pleasantly surprised. 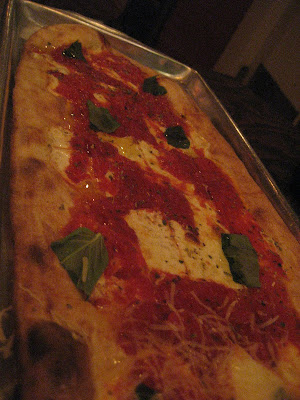 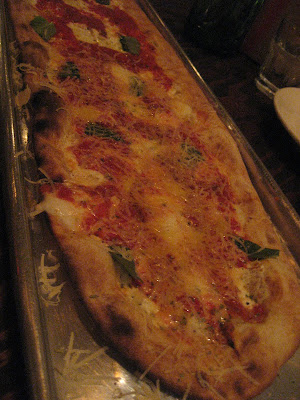 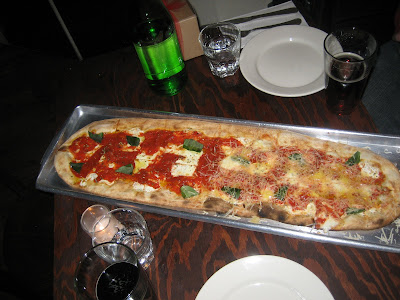 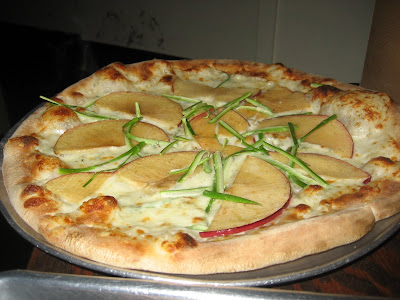 Personally, I’m not a huge fan of apples and even less a fan of gorgonzola — but neither ingredient overwhelmed the pie. That couldn’t be said for the margherita pie on which the tomato sauce stole the spotlight from the other ingredients. I really liked the tomato sauce, but some more mozzarella would improve the pie. It makes sense that apples would taste good on The Mela — especially a pie that is cheese based. Apples are great for cheese fondue and our pizza essentially tasted like apples and cheese fondue on a piece of bread.

L’asso has more than a dozen other pies and many of them sounded delicious. Another trip there is necessary to dig a bit deeper into the menu. But what we ordered, we liked. As I noted earlier, our pies weren’t particularly filling, which means you’re not getting much bang for your buck here. A $25 pie at Di Fara, for example, is enough to fill 2-3 people, but a large pie at L’asso ($25-$28) would certainly leave a party of three wanting more. Lucky for those people, there is a full menu at L’asso — including bruschetta, salads, soups, pastas, and dessert — waiting to be devoured. Which begs the question — is L’asso a pizzeria or an Italian restaurant that happens to emphasize it’s pizzas? I guess you’ll have to swing by and decided for yourself. 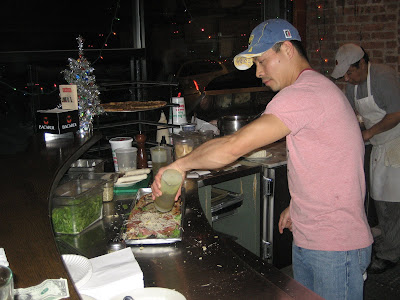 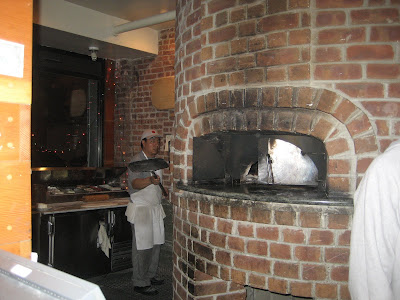