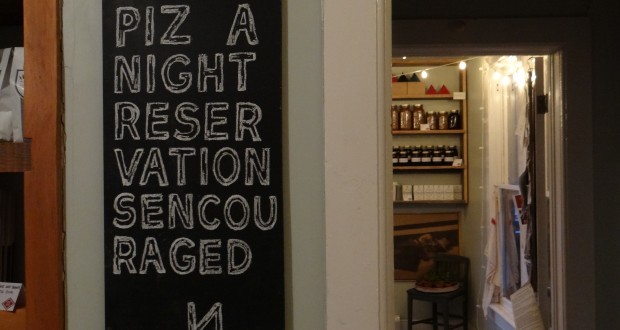 Last year, I wrote about Hogstone’s in Washington State — the most hipster pizza place I’d ever been (A Portlandia-Like Pizza Place On Orcas Island). Fast forward a few months to the fall of 2015, when I found myself dining at an equally hipster pizza spot on the other side of the country in Bloomville, New York of …

Summary : This rustic, hipster-centric cafe is located in a restored house and currently serves locally sourced pizzas on Friday and Saturday evenings.

Last year, I wrote about Hogstone’s in Washington State — the most hipster pizza place I’d ever been (A Portlandia-Like Pizza Place On Orcas Island). Fast forward a few months to the fall of 2015, when I found myself dining at an equally hipster pizza spot on the other side of the country in Bloomville, New York of all places. Where is that, you ask? Well, it’s in the middle of nowhere — off a country road in upstate New York. It’s 30 minutes south of Oneonta (population 14,000) which is the closest hint of civilization you’ll find nearby. But its remoteness is part of what makes Table On Ten (52030 NY-10) so special. 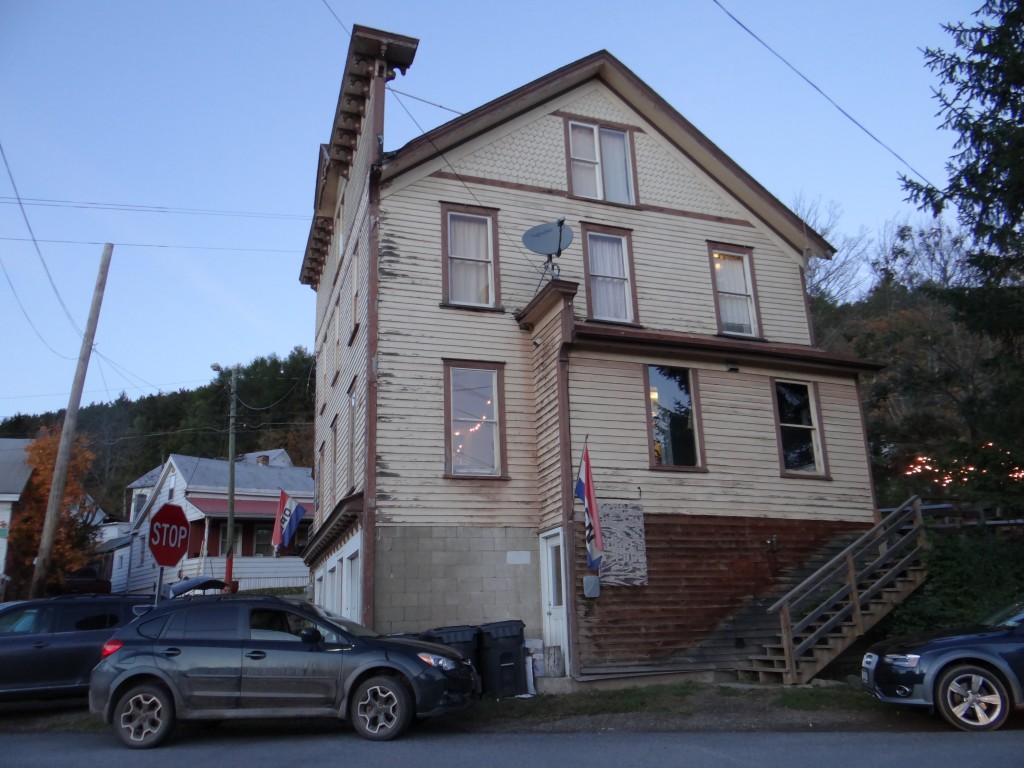 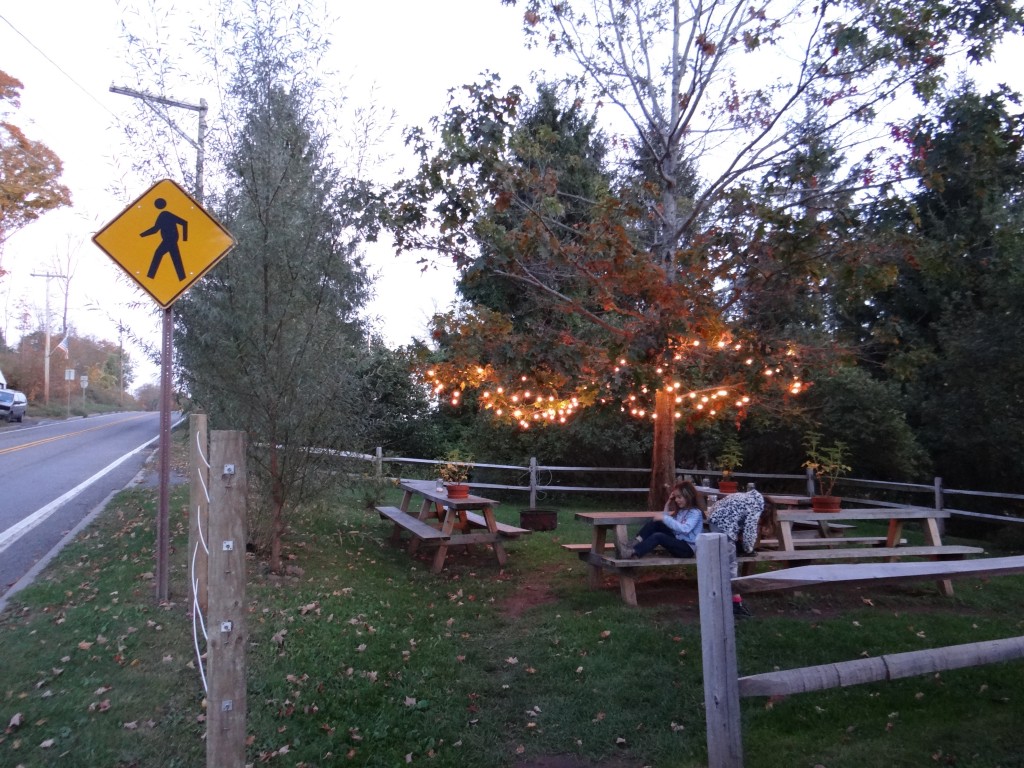 There are a few things you should know about Table On Ten other than how far it is from anything. First off, it’s not actually a pizza place. It’s a cafe that’s located on the bottom two levels of a restored house. The top levels contain three guestrooms which you can book (as you can imagine, finding accommodations close by is likely a difficult task). The cafe is only open Thursday – Sunday from 9PM-3PM. But they also open their doors on Friday and Saturday evenings for a “Pizza Night.”

The restaurant is beautifully decorated and has been featured on various design blogs and in other media since opening a couple of years ago. And while my photos below certainly don’t do the space justice, I tried to capture some of the aesthetic. But the only way to truly take it all in is to go there yourself. 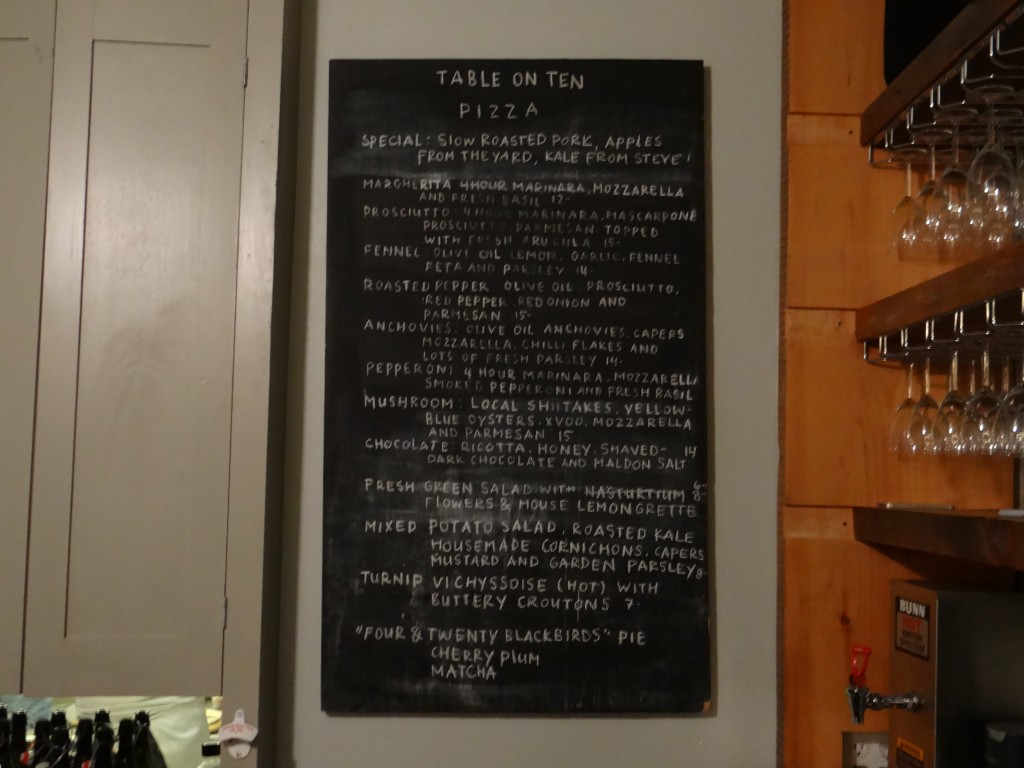 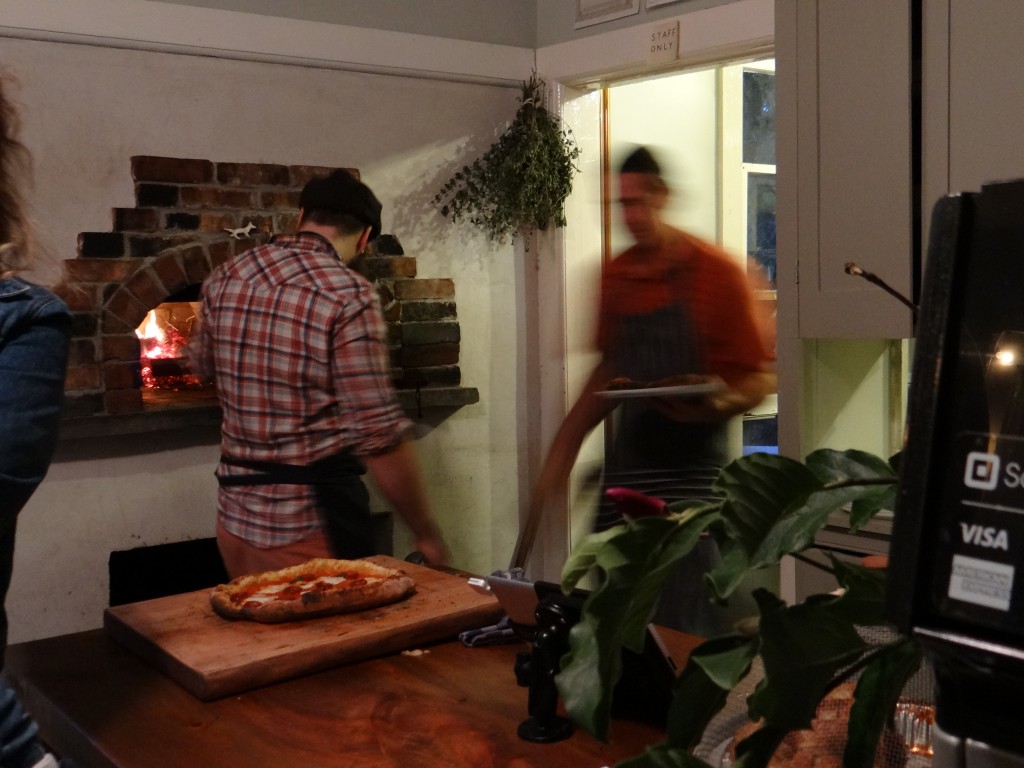 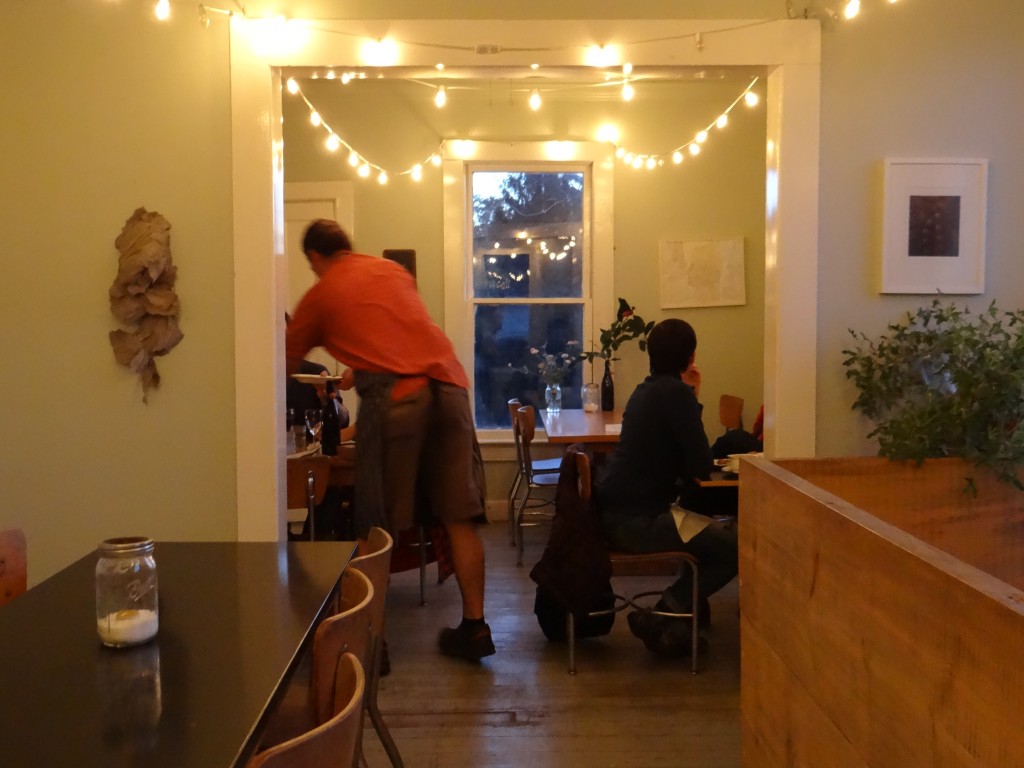 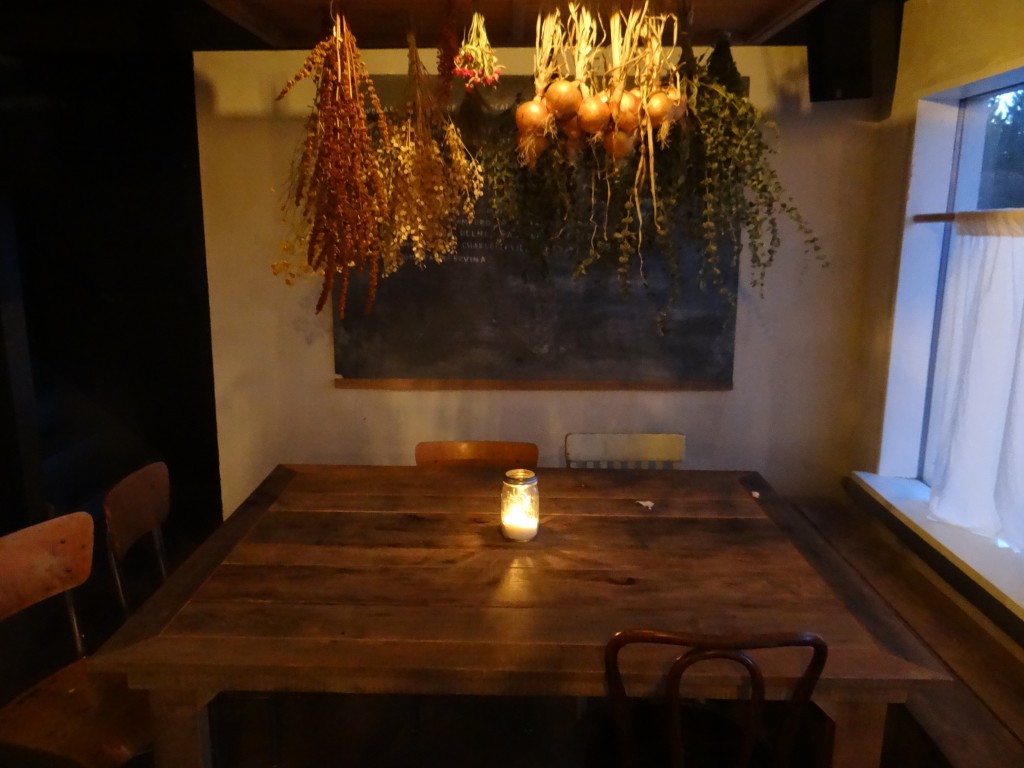 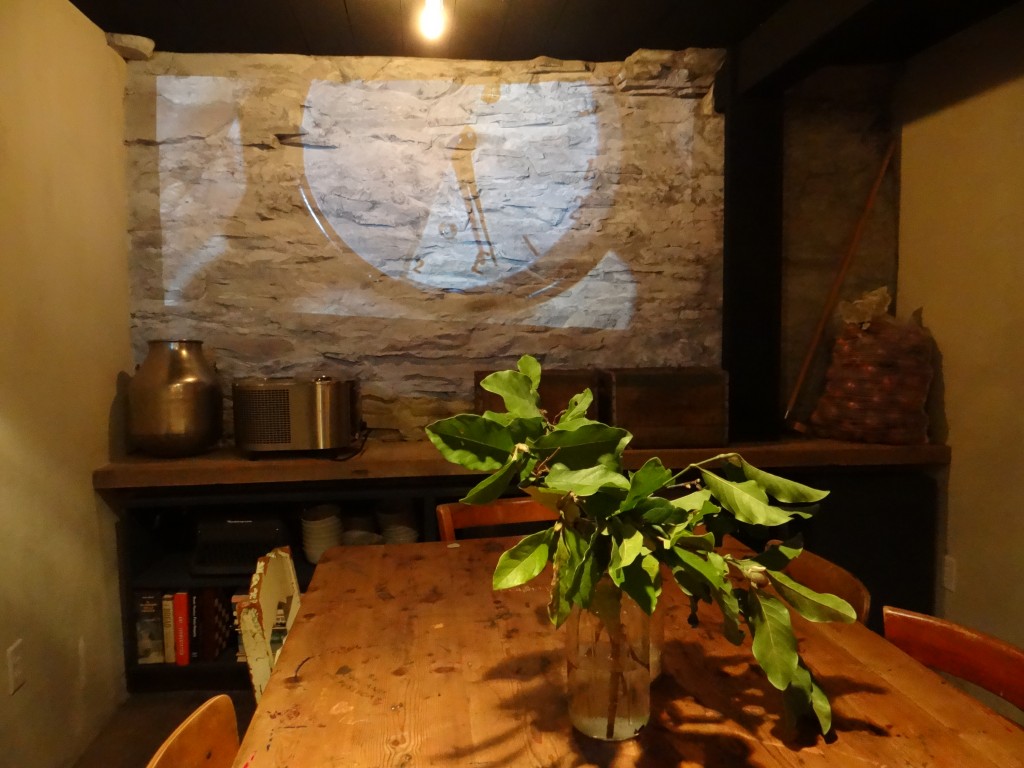 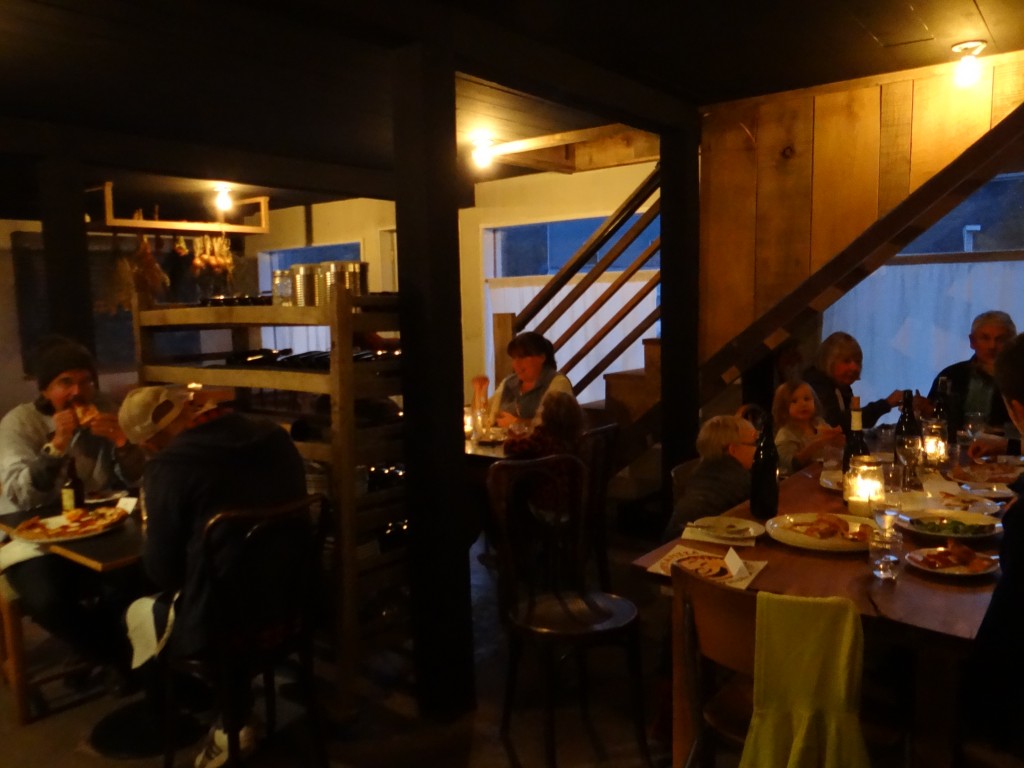 I actually visited Table On Ten for the first time back in August 2015 for brunch when I was in the area on a weekend trip. That’s how I found out about their “Pizza Night.” Their Red Egg In A Pan (two local eggs in 4 hour marinara with basil, parmesan and cracked black pepper) was one of the most delicious brunch entrees I’ve ever had. And the best part of the dish was their 4 hour marinara sauce. It was addictive. And I couldn’t stop thinking about it for weeks. Knowing that they use the same sauce on their pizza compelled me to make another trip up there to try it. So I picked a nice fall weekend to visit the Baseball Hall Of Fame in Cooperstown and made a stop at Table On Ten for their pizza.

There is no proper menu — just a chalkboard behind the counter — which you can imagine changes weekly based on what’s in season. There were 9 pies on the menu when I was there and pretty much all of them sounded delicious (the one with anchovies, I could take a pass on!). Only two pies contained their sauce — margherita and pepperoni — which are the same other than smoked pepperoni on the latter. I ordered the margherita along with their mushroom pie which featured two types of mushrooms, parmesean, mozzarella, and olive oil. Simple. 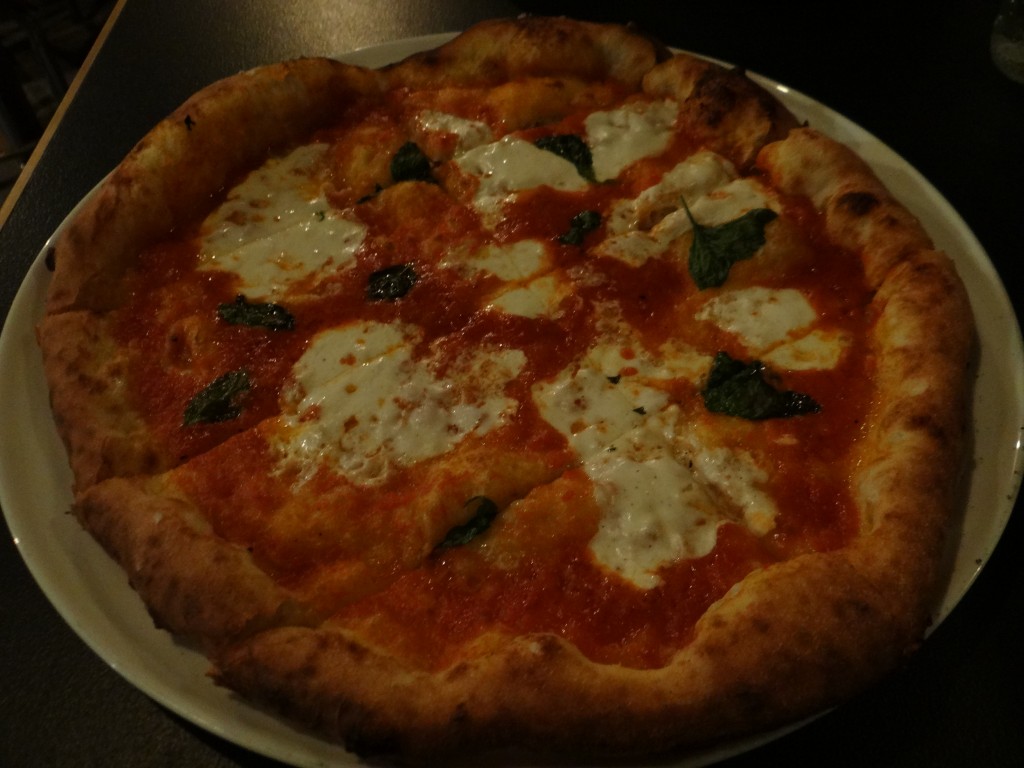 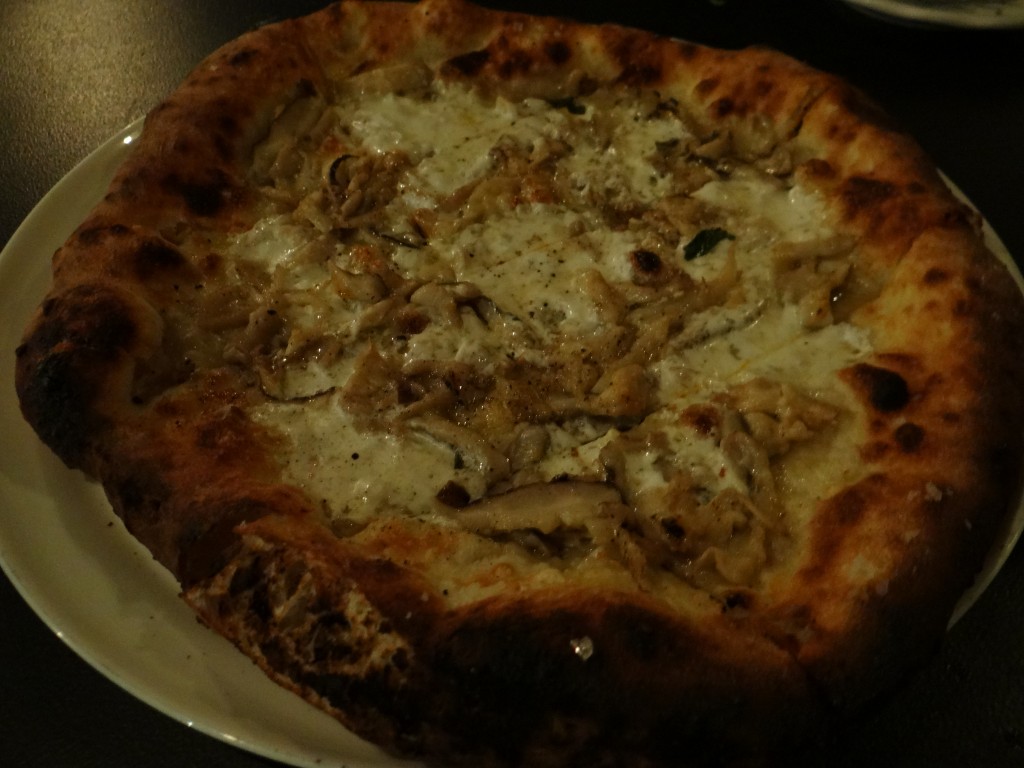 Both pies were awesome. Coupled with the cozy and homey eating area — dimly lit and artfully decorated — you can’t really beat the experience. There are some seats on the second level, where the counter and kitchen are located. But I recommend sitting downstairs if you’re able to (when the weather is nice, they also have a beautiful yard which is where I sat for brunch over the summer). I made a reservation a few days in advance, which I also recommend, as the place was full by prime dinner hours. The pizzas top out at $15 each which is very reasonable. And if you have room, there is pie from Four & Twenty Blackbirds available for dessert.

Dining at Table On Ten is an atypical experience. So it might not be surprising that they cut their pies in a non-traditional manner — nine slices, like a tic-tac-toe board. Normally, this might be a sign of a pizza place trying too hard to be different. But at Table On Ten it felt appropriate.

Previous: This Is What Happens When You Take Your Engagement Photos At Di Fara
Next: Home Slice: Keeping Austin Weird