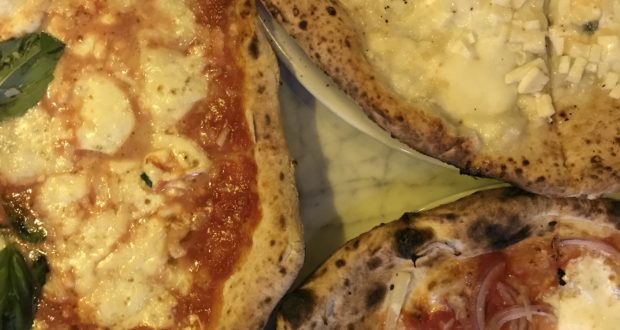 Sorbillo, Italy’s Most Famous Pizzeria, Brings Its Pies To NYC

Sorbillo, Italy’s Most Famous Pizzeria, Brings Its Pies To NYC

Gino Sorbillo is by many accounts the most famous pizzaiolo in Italy. His namesake restaurant in Naples is packed on a nightly basis (he also runs an outpost in Milan). I visited back in 2011 and gave it a rating of 8.4/10 — making it the 5th best pizza I tried in Naples, following Pizzeria Starita …

Summary : The first pizzeria from Gino Sorbillo located outside of Italy finds itself in an overcrowded playing field in New York.

Gino Sorbillo is by many accounts the most famous pizzaiolo in Italy. His namesake restaurant in Naples is packed on a nightly basis (he also runs an outpost in Milan). I visited back in 2011 and gave it a rating of 8.4/10 — making it the 5th best pizza I tried in Naples, following Pizzeria Starita (9.6), Pizzeria Pellone (9.1), Salvo (8.8), and Pizzeria Brandi (8.7). But that was seven years ago and — to be completely honest — selecting a favorite pizza place in Naples is like picking a favorite child. I loved everywhere I went in Naples and I have particularly fond memories of Sorbillo.

So it was with great excitement that I paid a visit to his new NYC pizzeria which opened its doors last fall in a space previously occupied by Forcella. 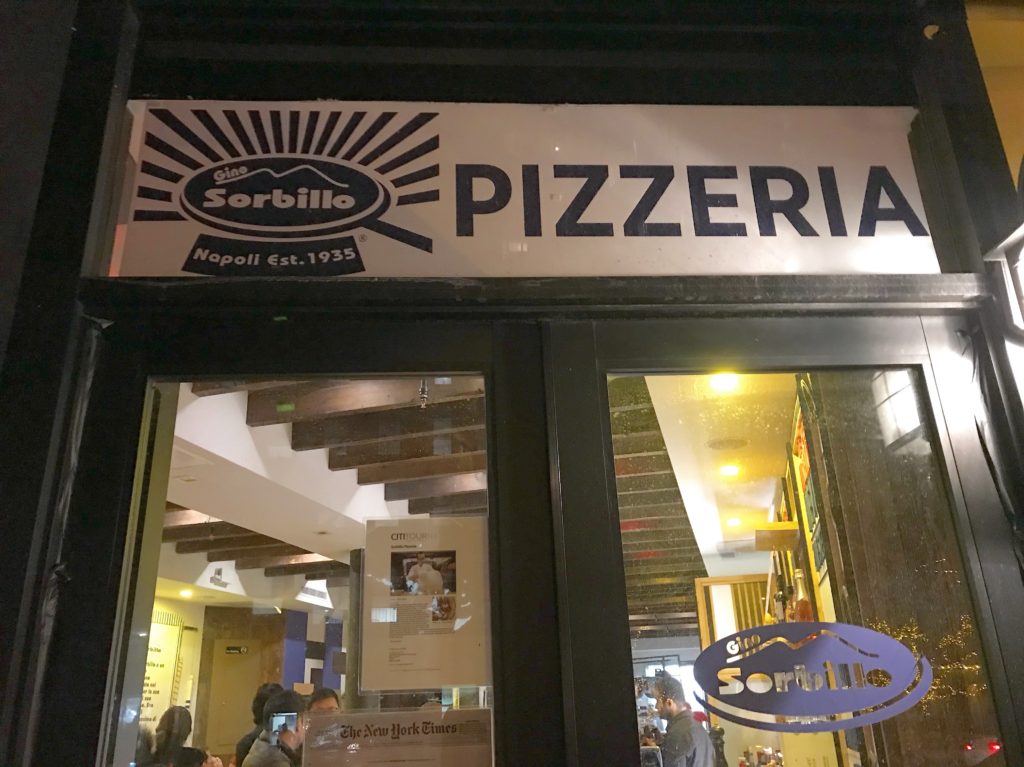 The NYC version of Sorbillo (334 Bowery) is much smaller than his bi-level restaurant in Naples and features seating for about 50 diners, in addition to a dozen bar stools. My party of seven was seated all the way in the back, right in front of the wood fired oven. Given that it was about 10 degrees outside in mid-January, this was the best spot in the house. 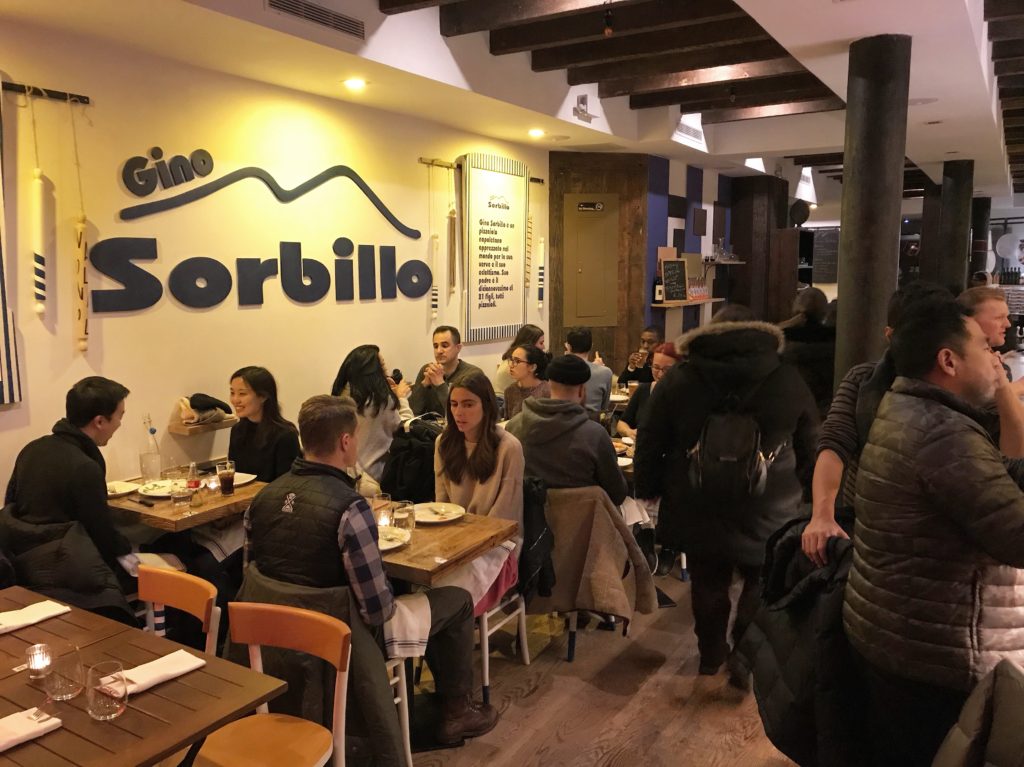 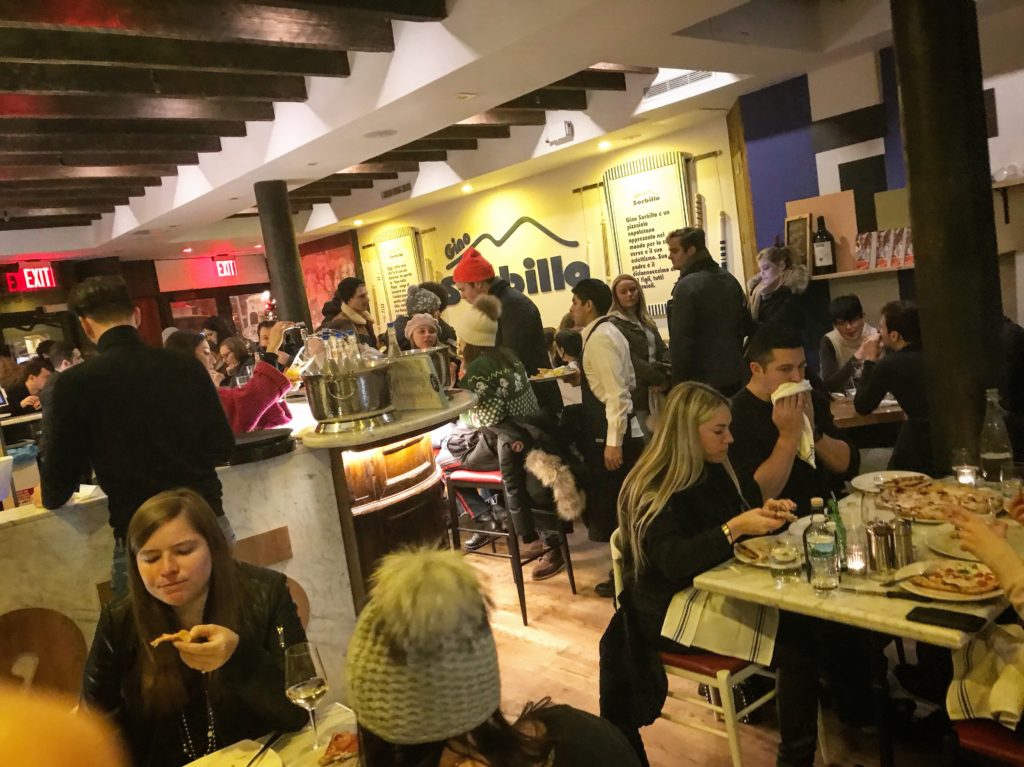 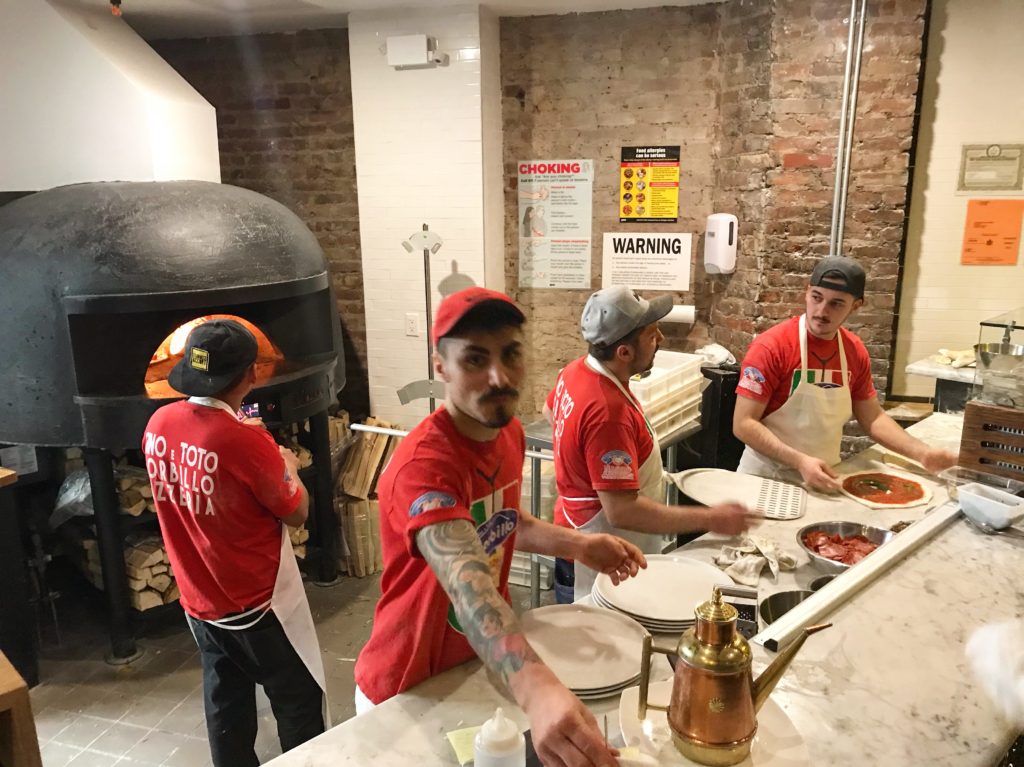 One of the most notable differences between eating at Sorbillo in New York and Sorbillo in Naples is the prices. In Naples, a Margherita pie will run you about $4.00 USD, with the most expensive pies topping out around $9.00 USD. Here in New York, there are three margarita pies priced between $17-$21, with a couple of pies costing $30 or more (the most expensive, is the $35 “Alba” pie featuring black truffle, fresh mozzarella, quail eggs, and extra virgin olive oil). Obviously it’s more expensive to operate a restaurant in NYC. But the prices are more reasonable, even at Sorbillo’s local counterparts. A margherita pie at Keste and Don Antonio will cost you $14. At Roberta’s ($15), PN Pizza ($16) and Motorino ($16.50) the prices creep up a bit. But Sorbillo is in a league of its own.

My group ordered seven pies and while they were all good, nothing was exceptional. My thoughts about Sorbillo’s New York location are comparable to my experience in Italy in 2011 — it’s very “middle of the pack.” We have so much great pizza here in New York and Sorbillo doesn’t quite make the podium. That being said, their pies are authentic. They came out incredibly quickly. And the ingredients are of the highest quality.

I think the most disappointing pizza of the evening was the Firenze, which featured porcini mushrooms, fresh mozzarella, parsley, garlic, and olive oil. It cost a whopping $30. And I can’t seem to figure out why. I suppose the mushrooms they put on it are expensive, but the pie was sparse with mushrooms. There was maybe an ounce of mushrooms and the last I checked, porcini mushrooms don’t cost $480 a pound. I’ve had better mushroom pies elsewhere, and I’ve never paid this much. The Portofino — which had basil pesto, fresh mozzarella, Datterino tomatoes, and black pepper — was also underwhelming. The pesto was barely detectible, mostly hidden under cheese and tomatoes.

On the other end of the spectrum, the Scarole, which is one of two calzones on the menu was solid (make sure you read the description, as calzones don’t appear in their own section on the menu). And I enjoyed the combination of ingredients on the Nduja too: Calabrian hot spreadable salami, red onions, Calabrian pecorino, fresh mozzarella, tomato sauce, basil, olive oil.

After tax and tip, our bill came out to $50/person. Yes, we got some wine too. But no appetizers or dessert. If you were to eat at Sorbillo once a month, for an entire year, it would be around the same price to fly to Naples and check out the original location. And if you’re like me, you’d agree that Sorbillo isn’t quite a top tier pizzeria, despite its apparent popularity and strong accolades.

Here are the pies we ordered: 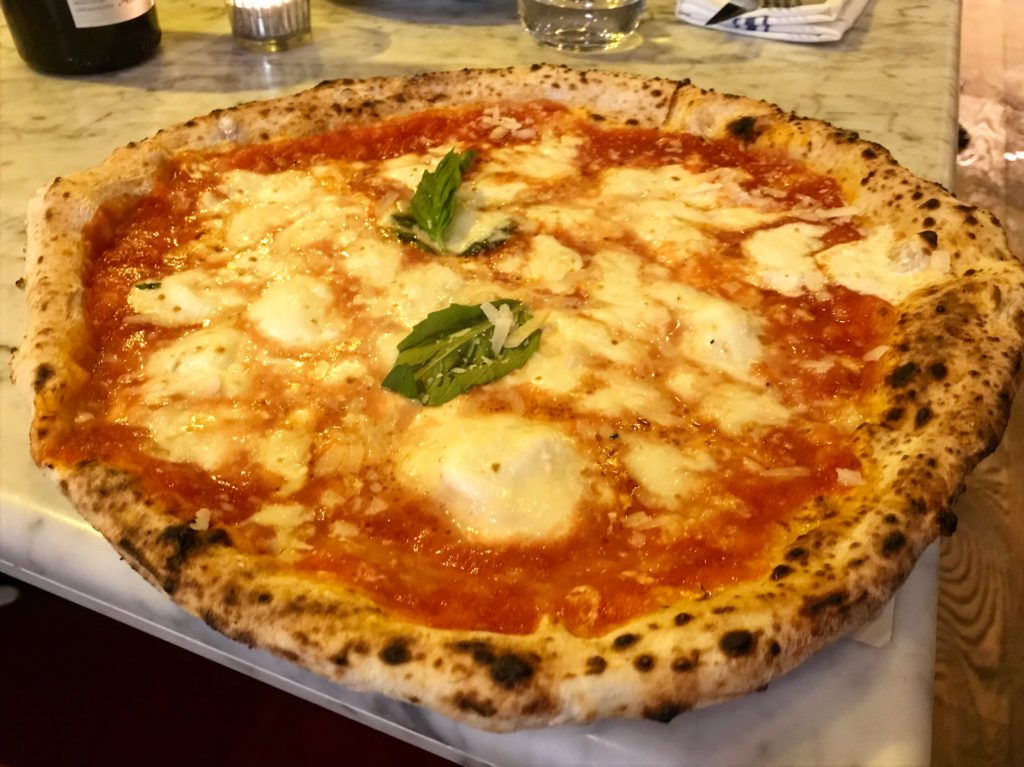 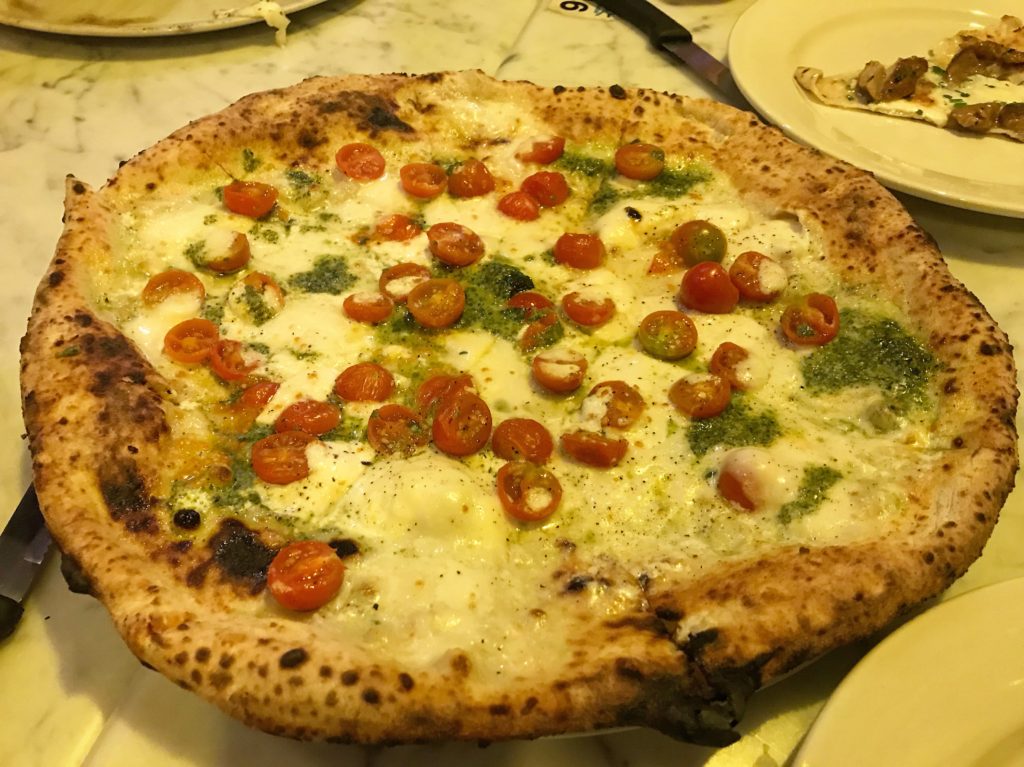 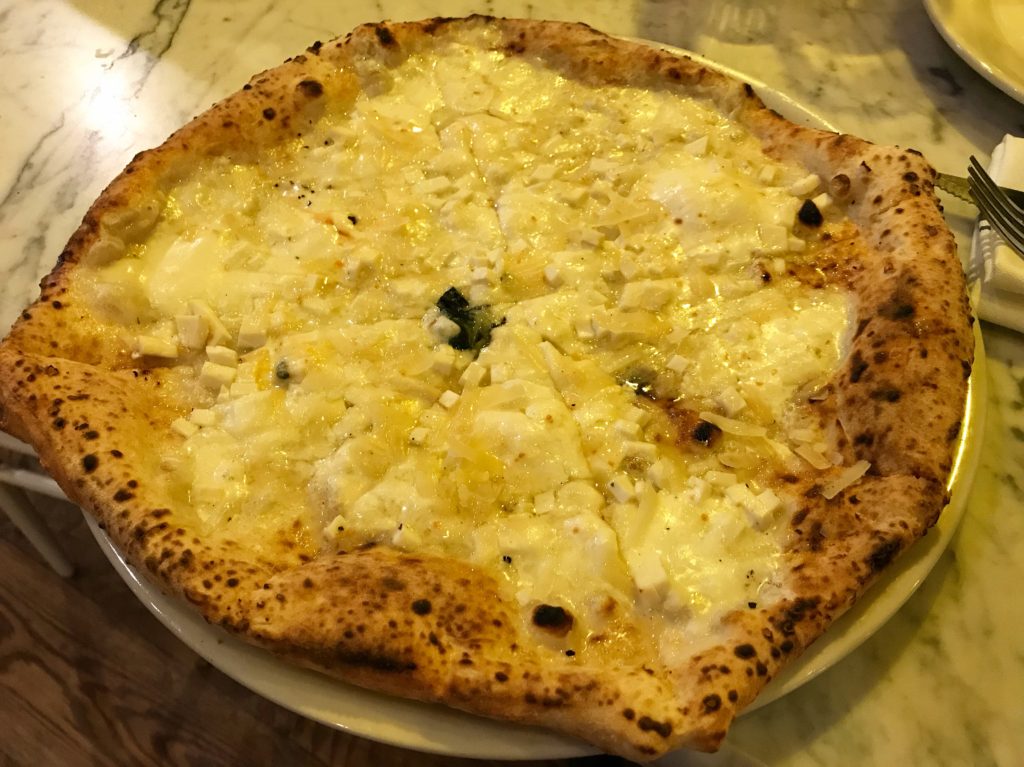 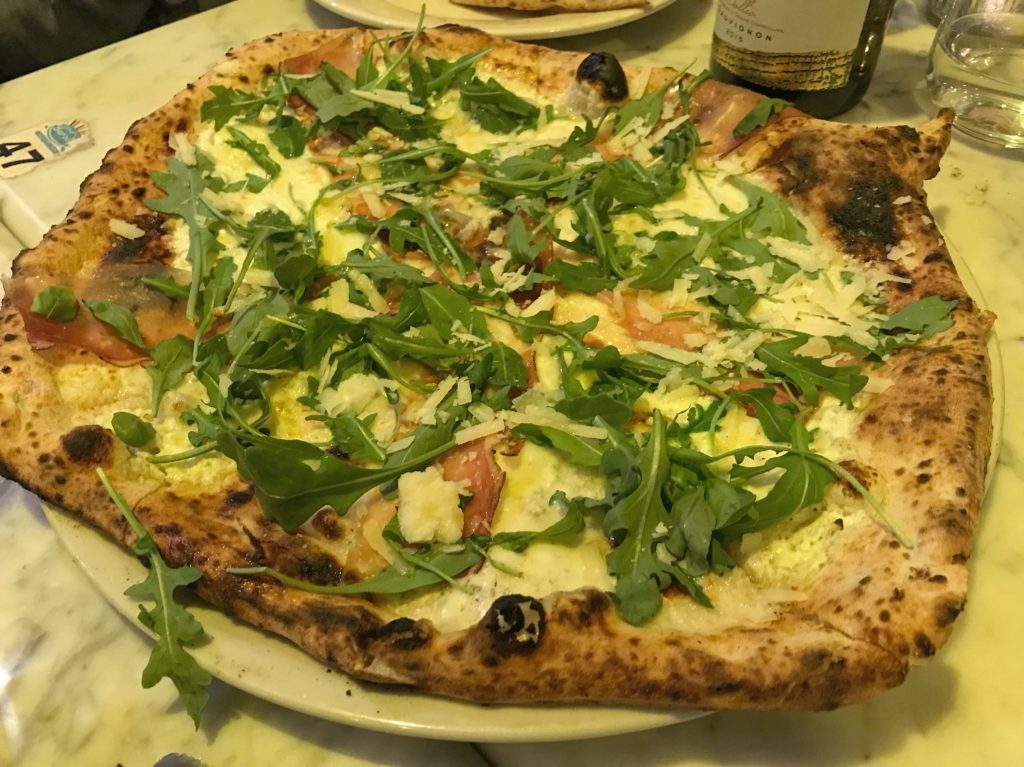 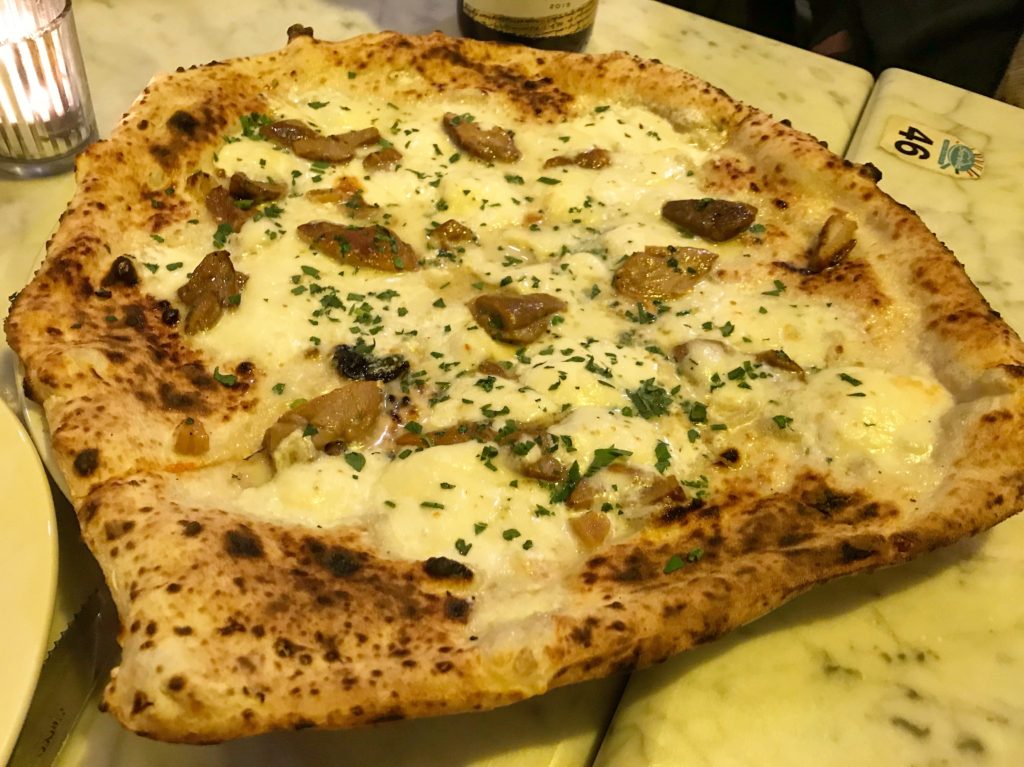 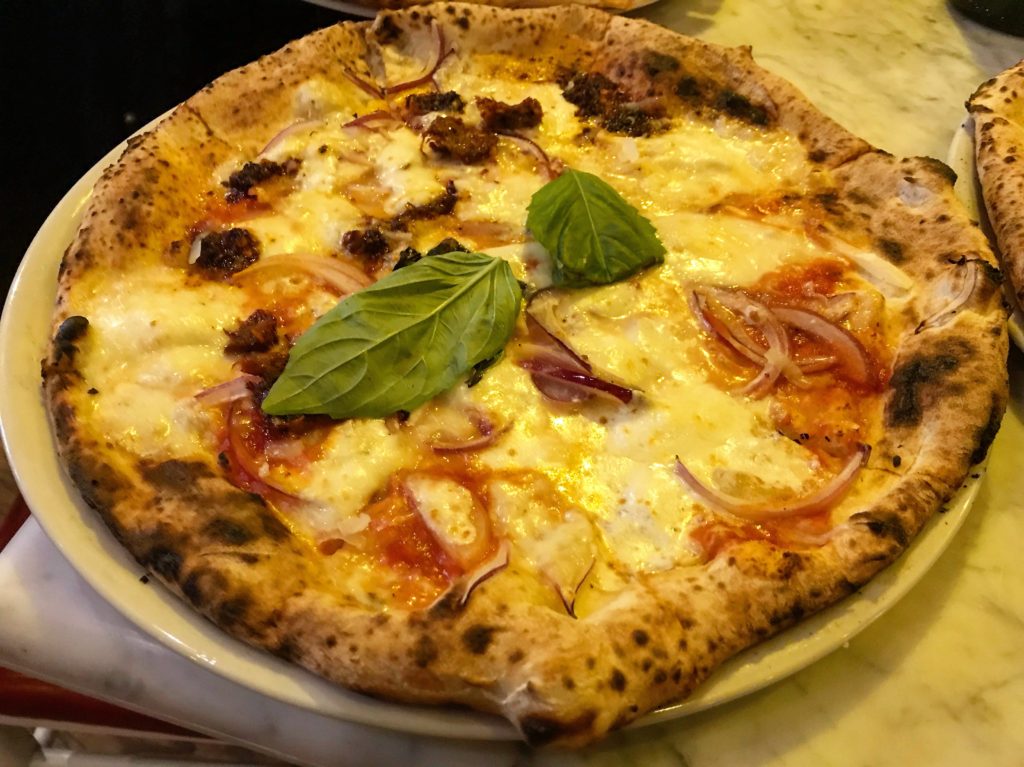 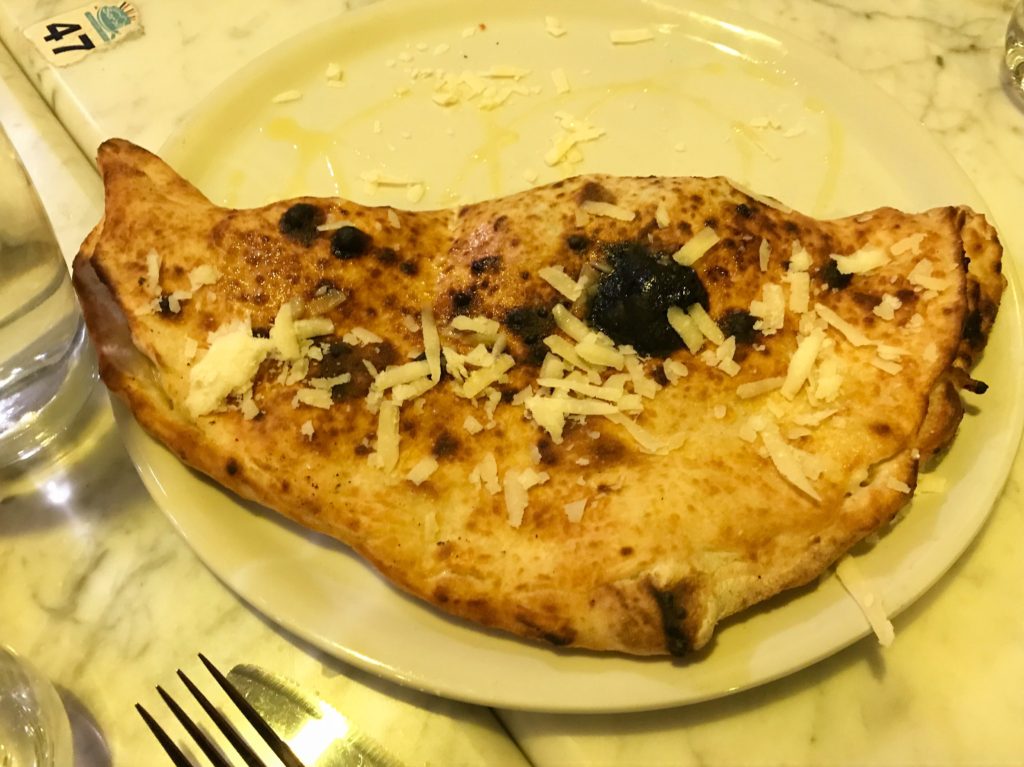