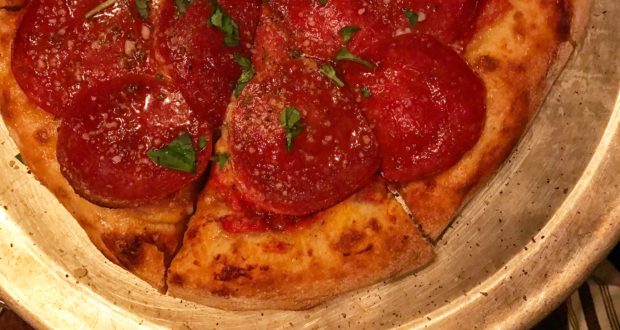 Pizza in Washington, DC is akin to the city’s sport teams — full of potential, but ultimately disappointing. I grew up in suburban Maryland and still root fervently for the Skins, Nats, Caps and Wiz. While each team has won a regular season division title in recent years, they’ve all failed to advance to the later rounds …

Summary : While some of the offerings at this new Washington, DC pizzeria are quite tasty, the restaurant doesn't live up to many of the accolades bestowed upon it.

Pizza in Washington, DC is akin to the city’s sport teams — full of potential, but ultimately disappointing. I grew up in suburban Maryland and still root fervently for the Skins, Nats, Caps and Wiz. While each team has won a regular season division title in recent years, they’ve all failed to advance to the later rounds of the playoffs (in fact, no team has made it out of the second round off the playoffs since 1998). That’s a long drought. But enough about DC sports. Let’s talk about DC pizza.

Since the city’s revitalization over the past decade, numerous new pizza places have opened — from fast casual chains like &pizza and zpizza to upscale spots more in line with longtime local favorites 2Amys and Pizza Paradiso. One of those “upscale” newcomers to the DC pizza scene is All Purpose Pizzeria (1250 9th Street), located in the Shaw neighborhood just across from the Convention Center. 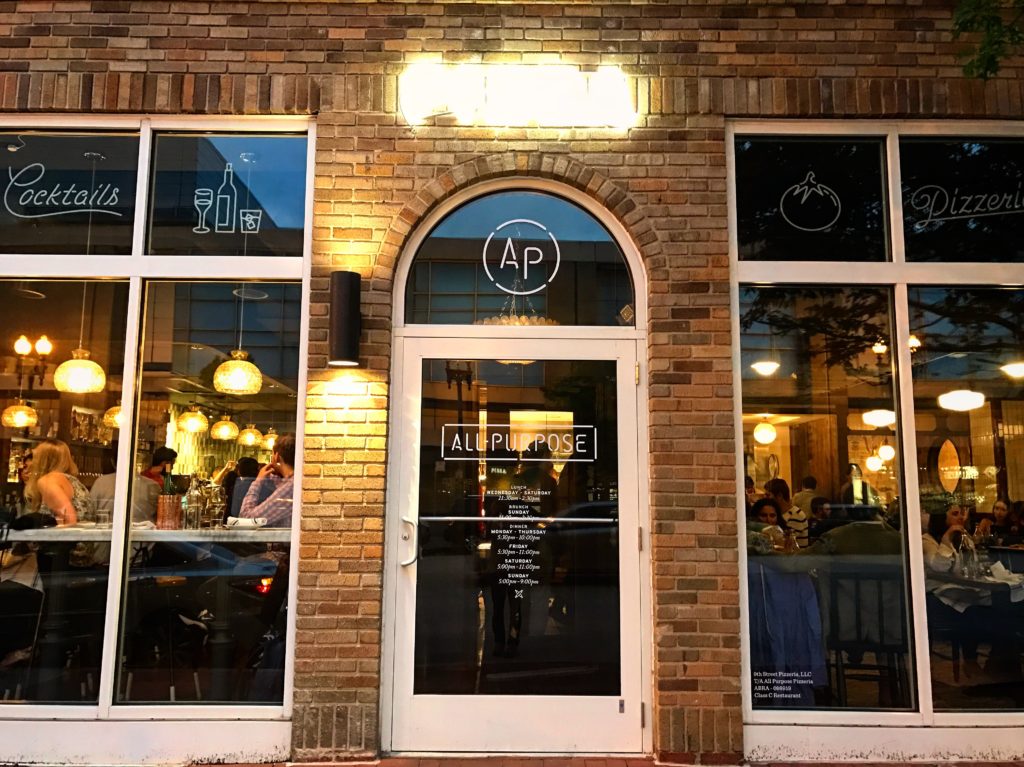 The space boasts floor to ceiling windows, rustic-looking “unfinished” walls, and four seating options: at the bar, along the front windows, in the back booths, or at a table. My group of six piled into a booth (they don’t take reservations for more than six people online, although if you call them, they’re willing to accommodate larger parties at “off” times) which is definitely the most secluded spot given the restaurant’s open layout. 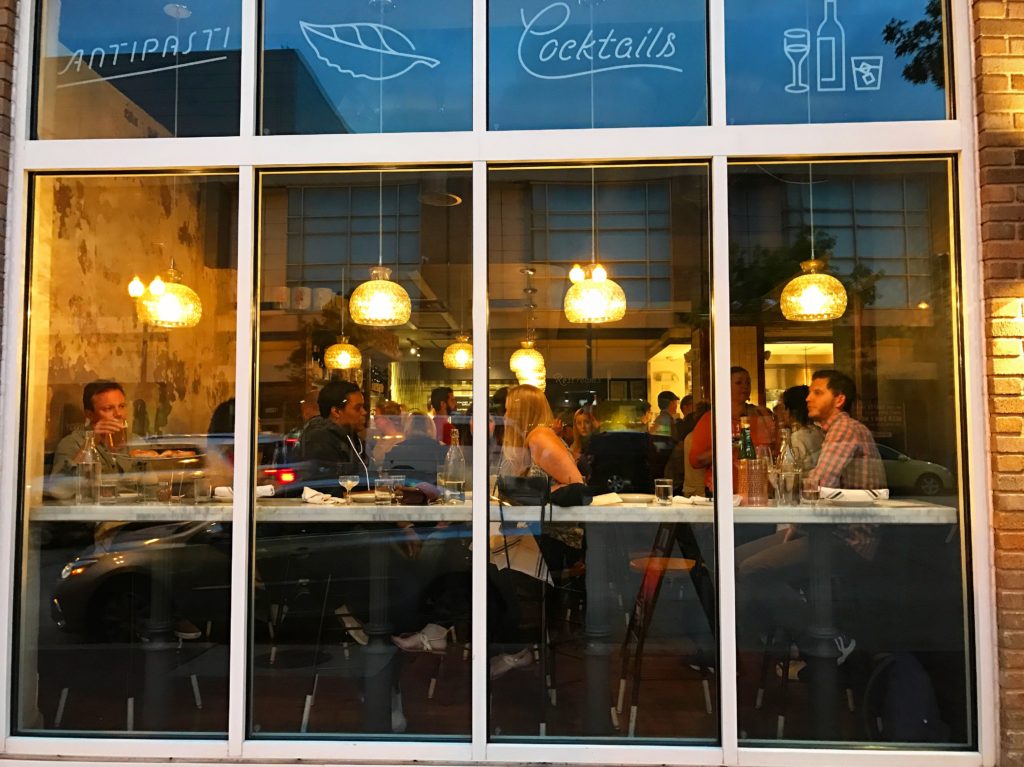 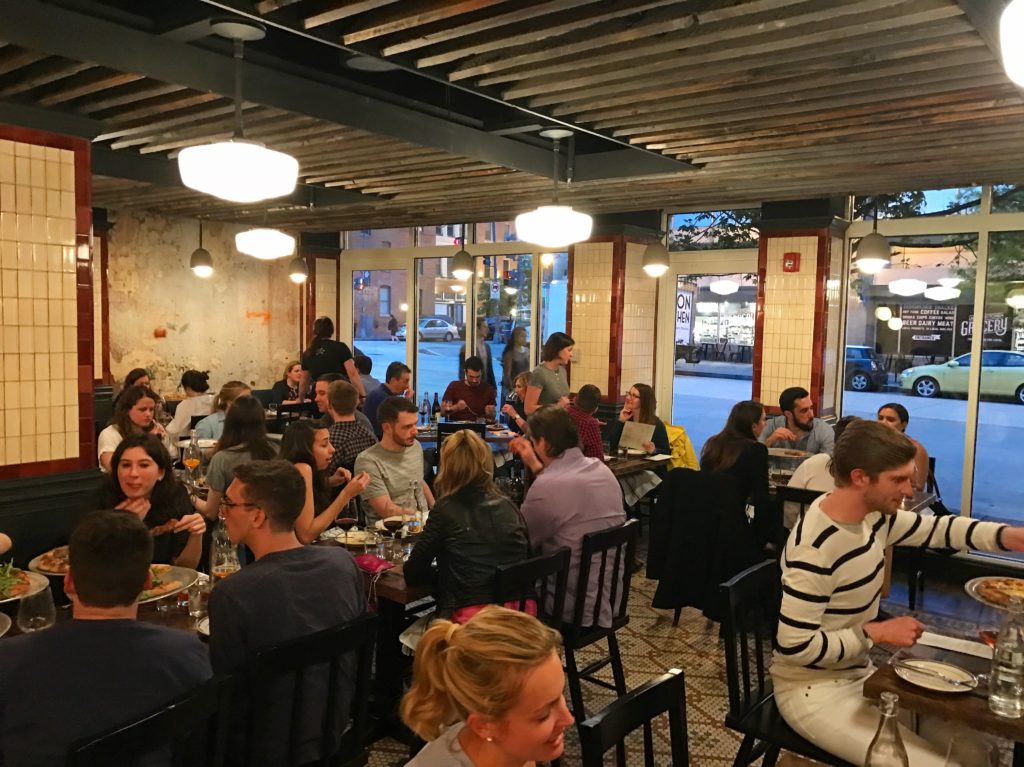 All though All Purpose is technically a pizza place (heck, “pizzeria” is in its name) it doesn’t necessarily feel like it. There were nine pies on the menu the night I was there, but they were overshadowed by some of the other food. There are “cold” and “hot” antipasti sections, each boasting 7-8 plates. The eggplant parm was solid. Arancini — which were being offered as a special — were tasty. A plate of fried artichokes were good. And ricotta and ramp crostini were enjoyable too. Nothing about these dishes was particularly memorable… in a positive or negative way. If these appetizers were facing off against one another in a sporting event, the line would be even. You might like one dish slightly more than another. But you probably won’t love anything and you probably won’t hate anything either. There is also a section featuring a dozen salumi, none of which we tried.

So what about the pizza? I felt pretty similar about that. It was good. None of the pies we had warranted exclamation points (OMG!!!!!!), but none of them were particularly disappointing either (ewwww!!). They’ll run you $17-$21 and, while the restaurant is accommodating to modifications, only three are listed as being vegetarian (four if you count the anchovy pie). I’d say my favorite pie was the Cossimo which features roasted mushrooms, taleggio, scallions, preserved truffle sauce, and grana. Here are all the pies we tried: 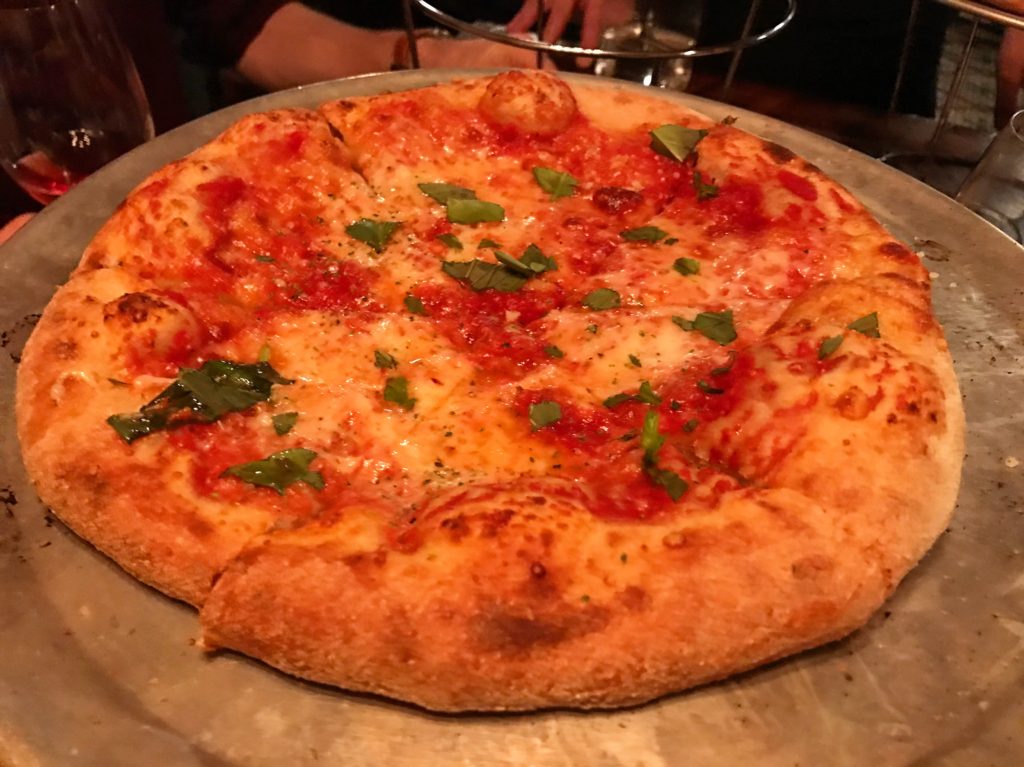 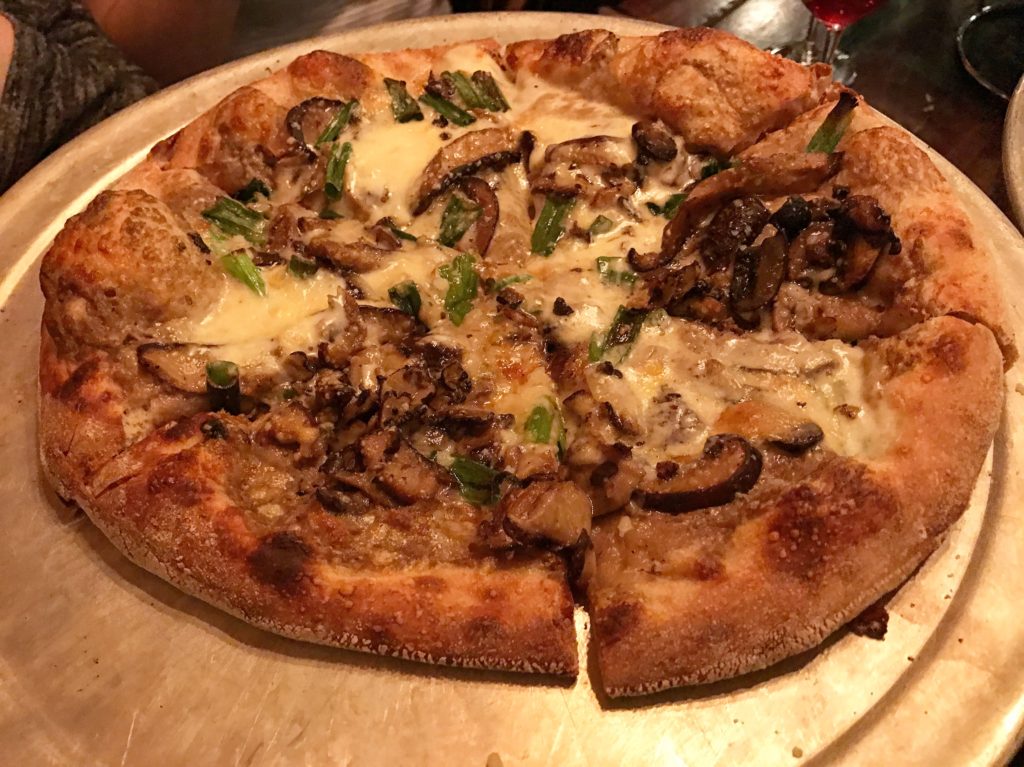 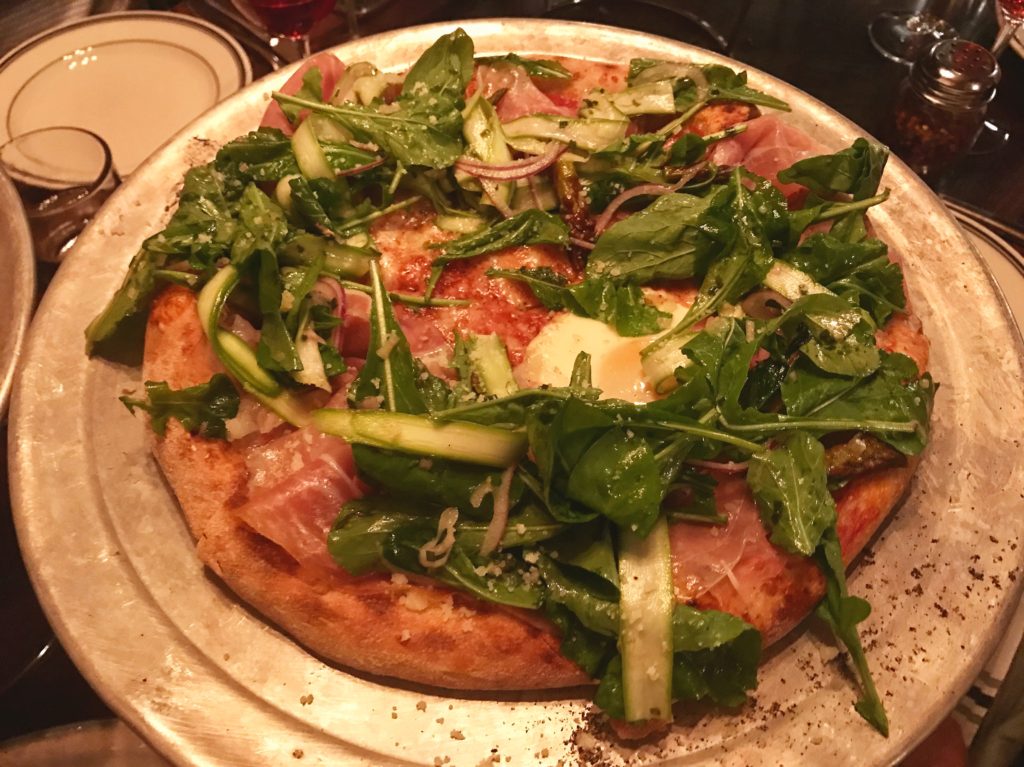 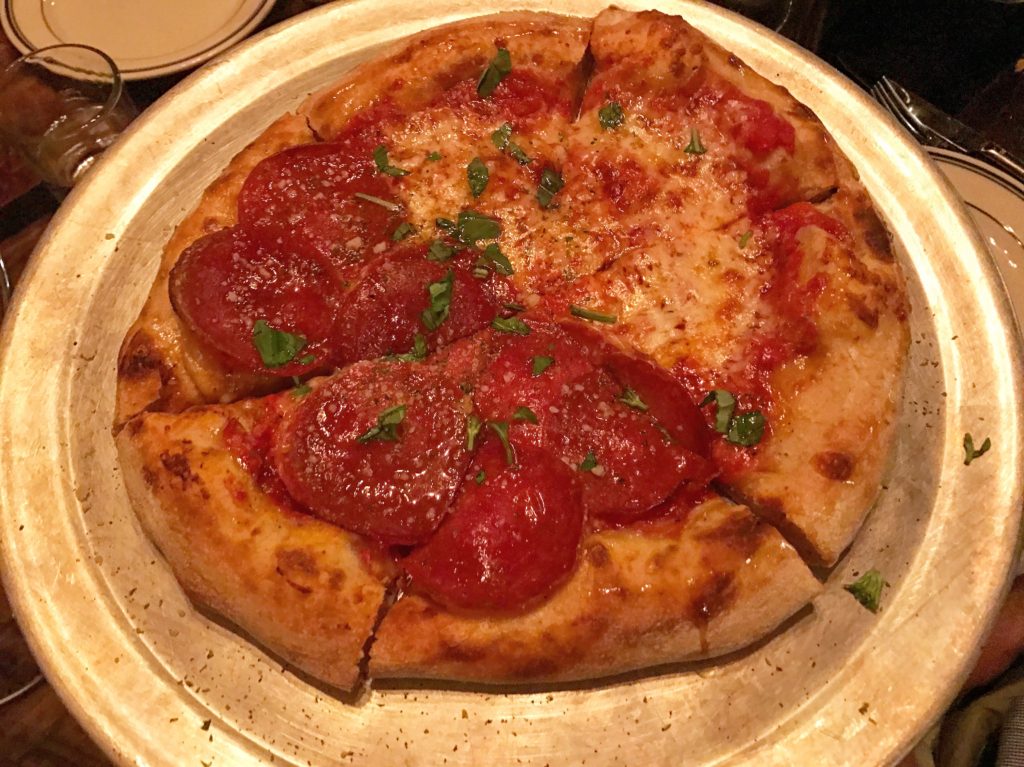 While I don’t want to go down a rabbit hole comparing DC restaurants with those in NYC, I think that All Purpose would be nothing more than an average neighborhood Italian spot if it were located 225 miles north. Last year, the Washington Post named All Purpose the #1 restaurant in Washington DC, noting that its food will “send you over the moon.” This, it did not.

When I think back on the dinner I ate, there is one dish that I can’t help but come back to. We finished off our meal our meal with a slice of nutella pie with candied hazelnuts, chocolate sauce, fresh ricotta. And each bite of this DID send me over the moon (the restaurant’s desserts are the brainchild of Buttercream Bakery down the block). 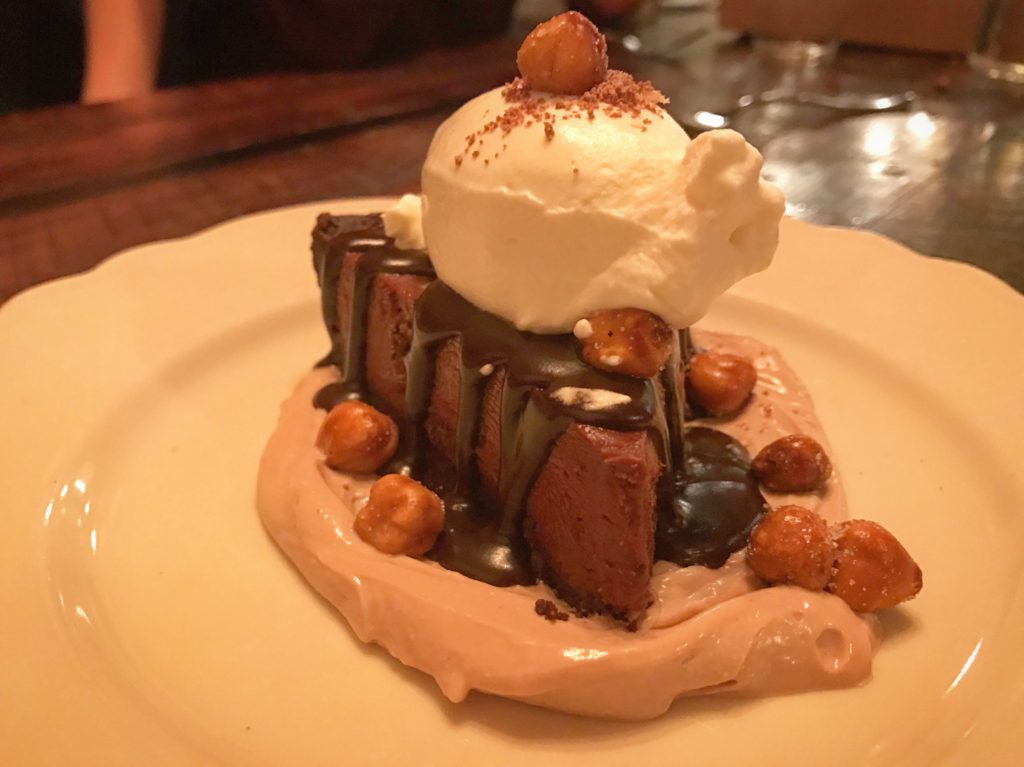 Unlike the lackluster playoff runs of DC sports teams, I suppose that my meal at All Purpose did end up having a happy ending (although I would much prefer a Super Bowl victory from the Redskins).