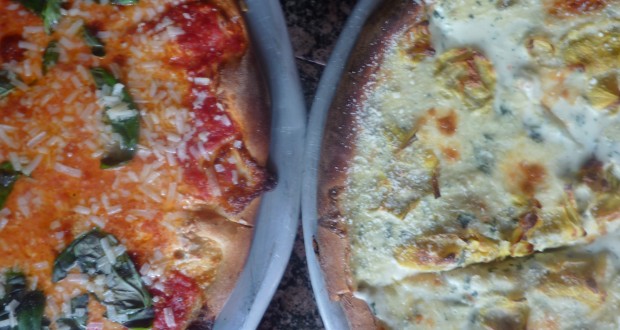 There are a couple of things you should know about my love/hate relationship with Artichoke Basille’s Pizza (simply known as Artichoke to most New Yorkers). First off, I’ve eaten pizza from Artichoke more often than anywhere else in the city since it opened its original location at 328 East 14th Street in early 2008. Secondly, …

Summary : Although inconsistent at times, Artichoke's margherita slice is one of my favorite in New York. Their heavy, thick slices are a unique addition to the city's pizza scene, whether you love them or hate them.

There are a couple of things you should know about my love/hate relationship with Artichoke Basille’s Pizza (simply known as Artichoke to most New Yorkers). First off, I’ve eaten pizza from Artichoke more often than anywhere else in the city since it opened its original location at 328 East 14th Street in early 2008. Secondly, when people ask me where they can find the best pizza in Mahattan, I always mention Artichoke amongst my favorite places.

That being said, the pies served at Artichoke are often inconsistent. When they’re on, their pizza is great. But when something is off, the results can be disastrous. In addition — when Artichoke first opened, it was at the forefront of the pizza boom in New York City. Now that there are so many other high quality pizza places to choose from, Artichoke is nothing special. The first summer it was open, hour long lines formed down 14th Street. Now it’s rare to find more than a dozen people in line. 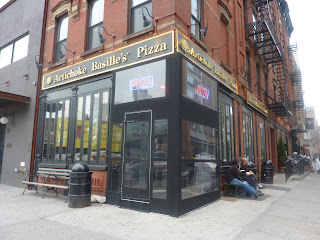 The story of Artichoke can be told as such. A take-out only store front opened up in 2008 on 14th Street. Blogs raved. Diners flocked. Prices went up. Two more locations opened. The first, at 111 MacDougal Street, generates traffic from tipsy NYU students. I wish I had an Artichoke two blocks from my dorm when I was in college. The second, at 114 10th Avenue, attracts clientele from the meatpacking district. It’s no coincidence that Artichoke has been opening up in spots where there is heavy nightlife traffic. Their pizza tastes best when you’re drunk.

Although I’m writing this article after hosting a Pizza Club at their 10th Avenue location, my thoughts about the food are based on years of grabbing slices from their 14th Street storefront. The 10th Avenue shop is the only location that has seating, and on an early Sunday evening in April we watched the space converted from a child’s birthday party into a trendy pizza joint in a matter of minutes. There’s room for about 60 people in the restaurant, which also features a bar, and it was full by the time we left around 8PM. The pizzas are made in the back of the restaurant. 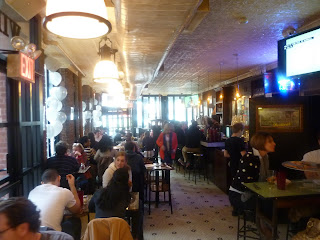 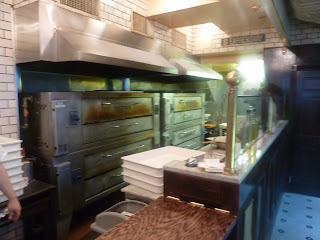 One thing that has always disappointed me about Artichoke’s 14th Street location is that the pies are never fresh. They’re always pre-made and slices are shoved back into the oven to be reheated. There is no need for this at a place with so much foot traffic. The part of the pizza that always baffles me the most at Artichoke is the crust. Sometimes you’ll get a crunchy, crispy completely burnt crust. While other times you’ll get a more chewy, foldable crust. To this day I’m not sure what the standard is. 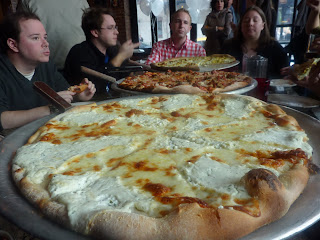 At Pizza Club, we ordered four different pies: a Margherita ($26), an Artichoke ($28), a Meatball Parm ($27) and a White ($26). It’s worth noting that there are eight pies on the menu (the others are a Sicilian Pie, a Crab Pie, a Burnt Anchovy Pie, and a Staten Island Pie featuring meatballs and ricotta cheese). The Artichoke storefront on 14th Street only serves four pies: Marghterita, Artichoke, Crab, and Sicilian. 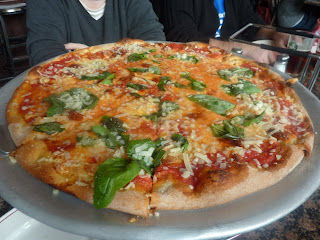 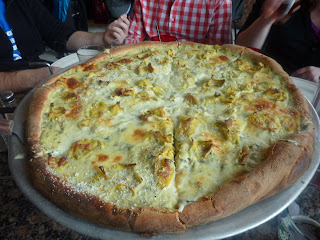 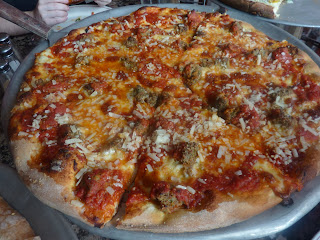 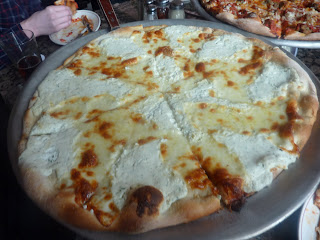 The Margherita pizza has always been my favorite at Artichoke. It’s like nothing I’ve ever tasted before. Although I mentioned that it can be inconsistent, the ingredients are always solid. It’s thick. It’s filling. And you might feel like your arteries are clogging up. But boy is it delicious. They’re always generous with their basil which is great. And the mysterious blend of cheeses they use, gives the pie some nice flavor. When I send people to Artichoke, I send them there for this pie.

After that it’s downhill. The Artichoke pie, which is their signature pie, is too heavy. It tastes like someone poured a bowl of spinach artichoke dip on top of a thick piece of bread. If someone you’re with orders it, take a bite. Or even two. But a full slice is almost too much. It’s innovative and you won’t taste anything like it elsewhere in the city. But it’s hard to imagine that too many people consistently go to Artichoke and order this slice. It’s the kind of thing I’d eat once a year. 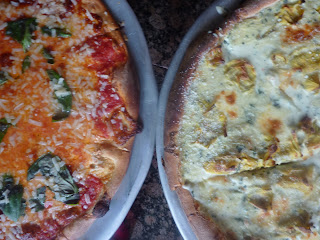 The Meatball Parm Pie is exclusive to Aritchoke’s 10th Avenue location. It’s surprisingly solid. It tastes like the Margherita pie, which I love, with high quality meatballs on it instead of basil. I’m usually not a huge fan of pizza with meatballs, but the consensus at our table was that this would be worth ordering again.

The same cannot be said for their White Pie. It was horrifically bad. The ricotta was not flavorful — and as the main ingredient on this pie — made it difficult to eat. The mozzarella used at Artichoke is so tasty and fresh that I’d love to see a pie more prominently highlighting it — instead of ricotta. 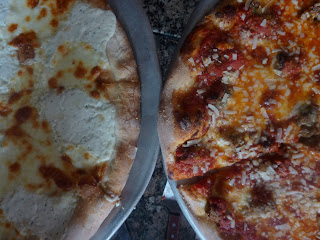 It will be interesting to see what happens to the Artichoke brand in the coming years. You can be certain they’ll be expanding beyond their three Manhattan locations. Artichoke would work in other cities as well. In fact, I could see it being a nice alternative to Domino’s and Pizza Hut in small towns across the country. It’s upsetting, that after three years in business, that the place isn’t a little more consistent.

When Artichoke first opened on 14th Street they had three pies. It’s clear there was a need to expand the 10th Avenue menu since they’re now operating a full-fledged restaurant, but the additional offerings don’t really live up to pizza I fell in love with back in 2008. But head over to Artichoke and go see for yourself. Hopefully, you’ll catch them on a day when their pies are right on the money.