Last month, pizza club met up at Colicchio & Sons — the brand new restaurant from Top Chef’s Tom Colicchio. The restaurant took over the former Craftsteak space on 10th Avenue and 15th Street. This is the first time that Pizza Club has met up at a restaurant that doesn’t primarily serve pizza. But I was particularly intrigued by the restaurant’s Tap Room Sunday Night Pizza Menu. Every Sunday night in the front section of the restaurant, the only entree they serve is pizza. There usually seem to be five pies on the menu and they change slightly on a weekly basis. 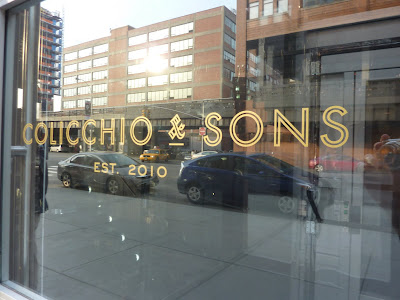 Prior to going, I had read some mixed reviews of the pizza at Colicchio & Sons so I went in with low expectations. The truth is — I don’t see the Sunday night pizza menu lasting for a number of reasons. One of the main reasons — at least from the standpoint of the restaurant — is that the Tap Room was almost completely empty during the entirety of our two hour meal. I’ve never been to Colicchio & Sons on one of the other six nights of the week, but I have to imagine the place is fuller than it was on Sunday. 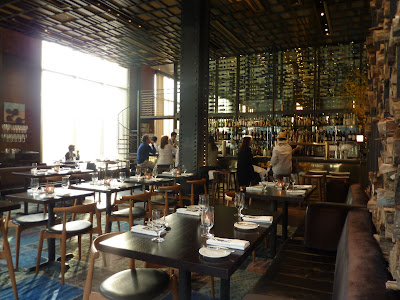 Aside from that, the pizza is just not that good. In a city with hundreds of places that serve pizza — and only pizza — what is an upscale restaurant which has gotten rave reviews doing serving sub par pies? To me, it would appear that they’re hopping on the pizza bandwagon. Pizza is in now. It’s cool to do something like dedicate a night to pizza at your restaurant. But the competition in New York City is stiff. There are so many places out there that do pizza well, that anything less than exceptional — especially at a place at Colicchio & Sons — doesn’t cut it.

The general consensus of our group seemed to be that the toppings were flavorful. The pies — and the combination of ingredients used were creative and mixed well together. The problem lies in the crust. And with the oven they have there, that’s not surprising. I’m no oven expert, so I won’t write about the oven in detail, but I can tell you that the crust was tough, almost stale tasting, and more bubbly than… well… the Gazillion Bubble Show. I’m told that’s a result of the gas fired wood stone oven they use. I like a puffy, airy, and chewy crust and this was the exact opposite. Also, because the pies are so small it’s possible to get a slice that is almost entirely a bubble. 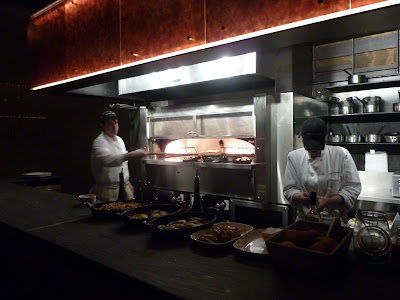 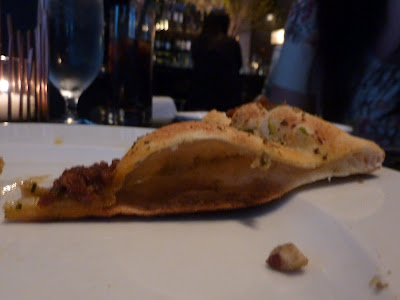 My favorite pie was one with goat cheese, peas, ham and celery. In general, our group seemed to like that one the best. As you can see below, the ingredients are centered well, but the majority of each slice is crust, not toppings. Especially given the aforementioned crust problems, one suggestion might be putting more ingredients closer to the edge of the pie, so diners have fewer bites of just the crust 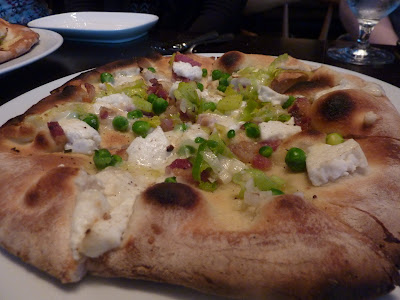 Here are photos of the other four pies were ordered:
Ricotta, Chanterelles, Nettle and Cacciatorini 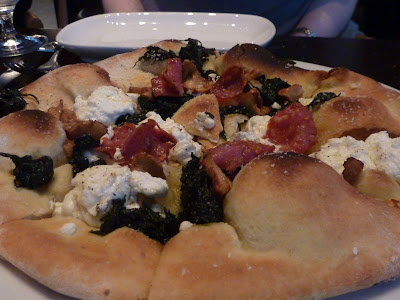 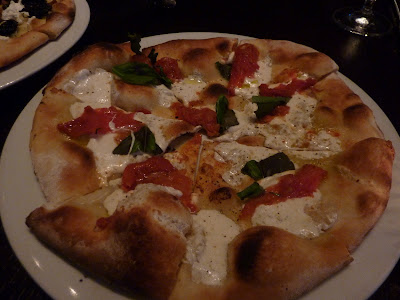 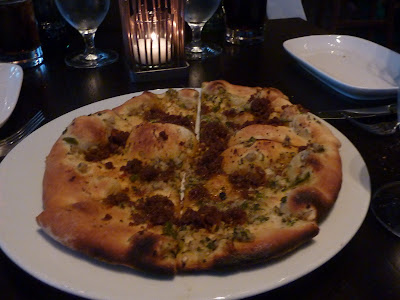 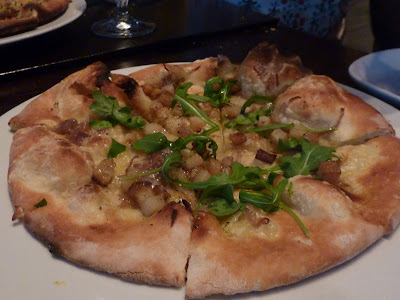 Pizza aside, everything else about the restaurant is fantastic. The service was great. The space is beautiful. And the desserts were spectacular. After a little bit of a pizza letdown, we decided to get five desserts: 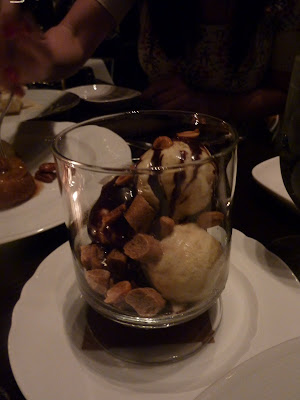 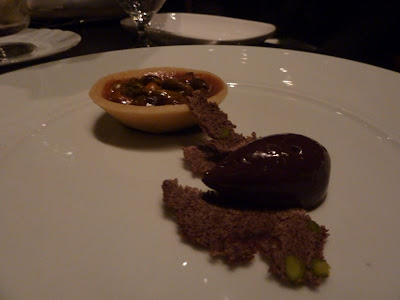 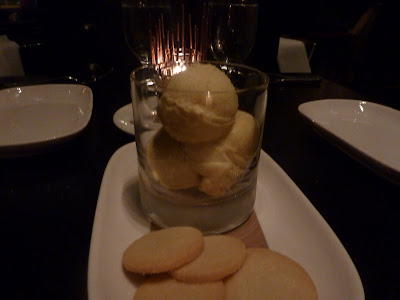 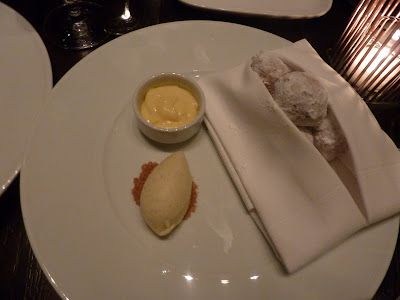 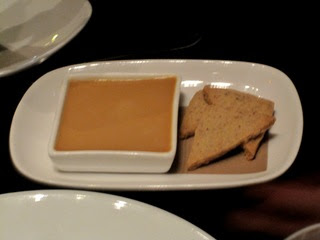 Asking me to pick a favorite would be like asking a father to choose his favorite son. They were all delicious. Which leads me to think that perhaps Colicchio & Sons should replace their Sunday night pizza menu with a Sunday night dessert menu.
2010-04-02
I Dream Of Pizza
Previous: Does Size Matter?
Next: $5 Foot Long?