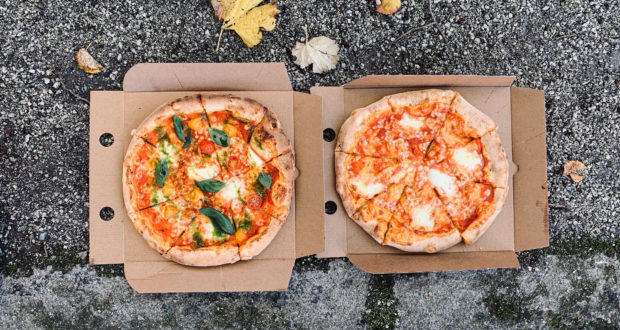 Posted by: I Dream Of Pizza in International, Ireland, Reviews, Uncategorized January 29, 2021

Last year, I made my first trip to Ireland. And while I wasn’t intending on having any pizza during the short time I was there, I couldn’t resist a stand at a local market in the quaint town of Kilkenny. I stumbled upon the market by chance — I was actually there to visit the …

Summary : A mobile pizza vendor, operating in and around Cork, Ireland

Last year, I made my first trip to Ireland. And while I wasn’t intending on having any pizza during the short time I was there, I couldn’t resist a stand at a local market in the quaint town of Kilkenny. I stumbled upon the market by chance — I was actually there to visit the Kilkenny Castle on my way from Dublin to the country’s West Coast.

Little did I know that I happened to be passing through during the town’s renowned annual food festival: Savour Kilkenny. In the center of town there were dozens of food vendors set up, offering just about every cuisine imaginable. And one of the biggest crowds was in front of the booth for Knockout Pizza, a mobile wood-fired pizza vendor. 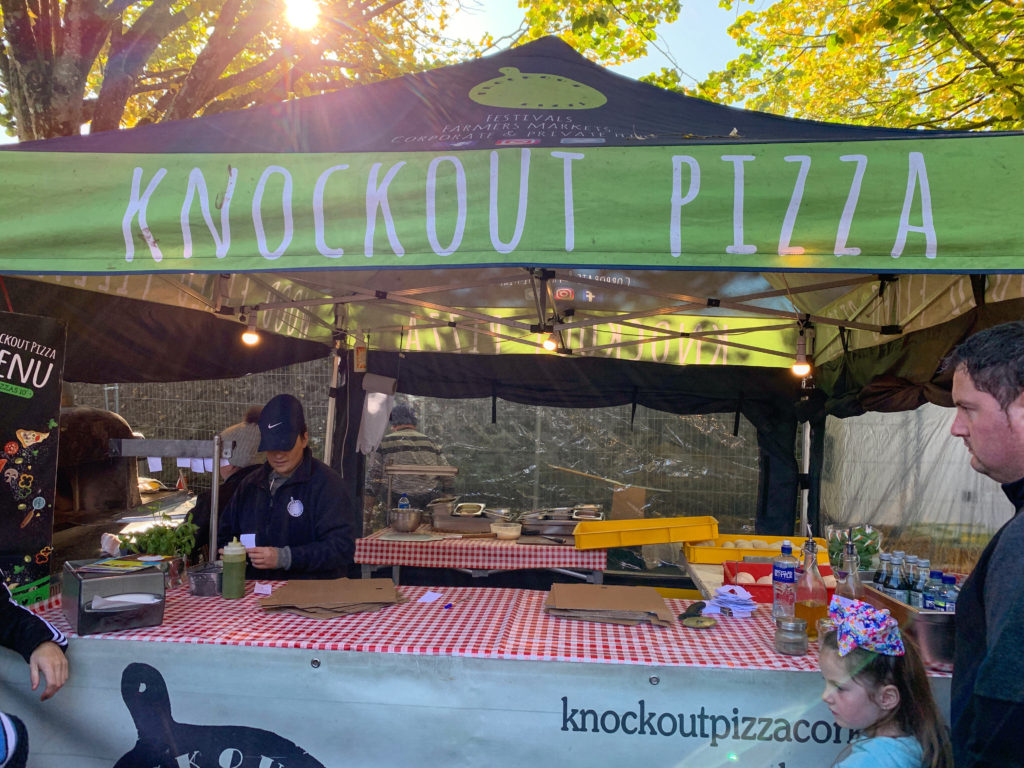 Although they are primarily based at markets around Cork — about two hours from Kilkenny — I presume that when you live in a country as small as Ireland, it’s easy to pack up and drive across the country for special occasions. In the States, it would be uncommon for a stand at Brooklyn’s Smorgusburg to, say, set up shop at a Philadelphia food festival.

The Knockout Pizza menu consisted of six pies + one special (smoked bacon, goat cheese, pumpkin and spinach). All were priced at under 10 euros (about $11 USD) which is much cheaper than you’d find at a comparable stand in the States. 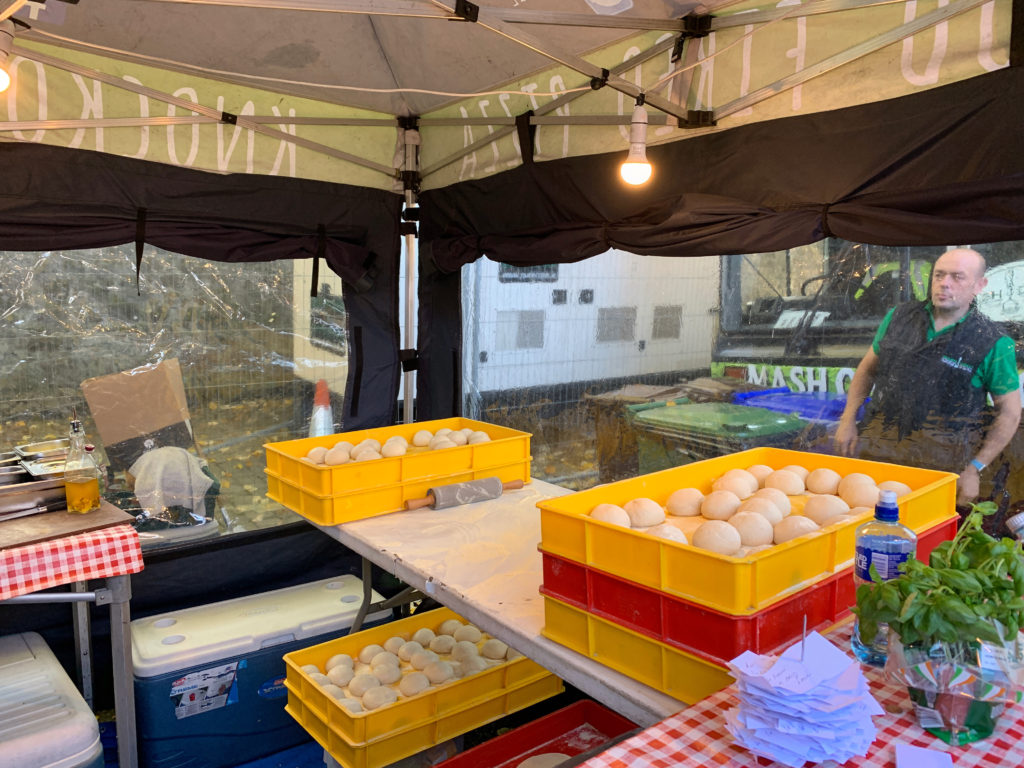 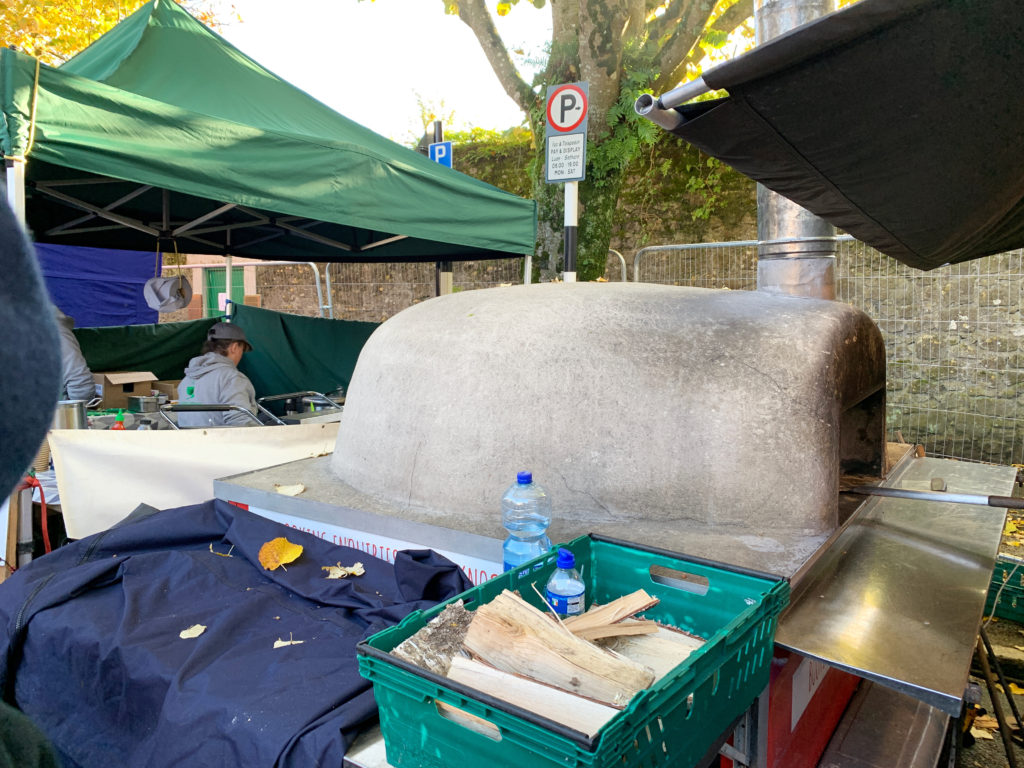 Other than the special — all of the other pies were pretty straightforward (i.e. Pepperoni, Hawaiian). We opted for a Margherita and a Cherry Tomato & Basil, the latter which also came with pesto. The Margherita was a bit bland — there was nothing about it that stood out. And especially at a festival with so much other delicious food, it was a bit disappointing. But the Cherry Tomato & Basil pie was tastier. I think the pesto added a nice element, without overwhelming the other flavors. 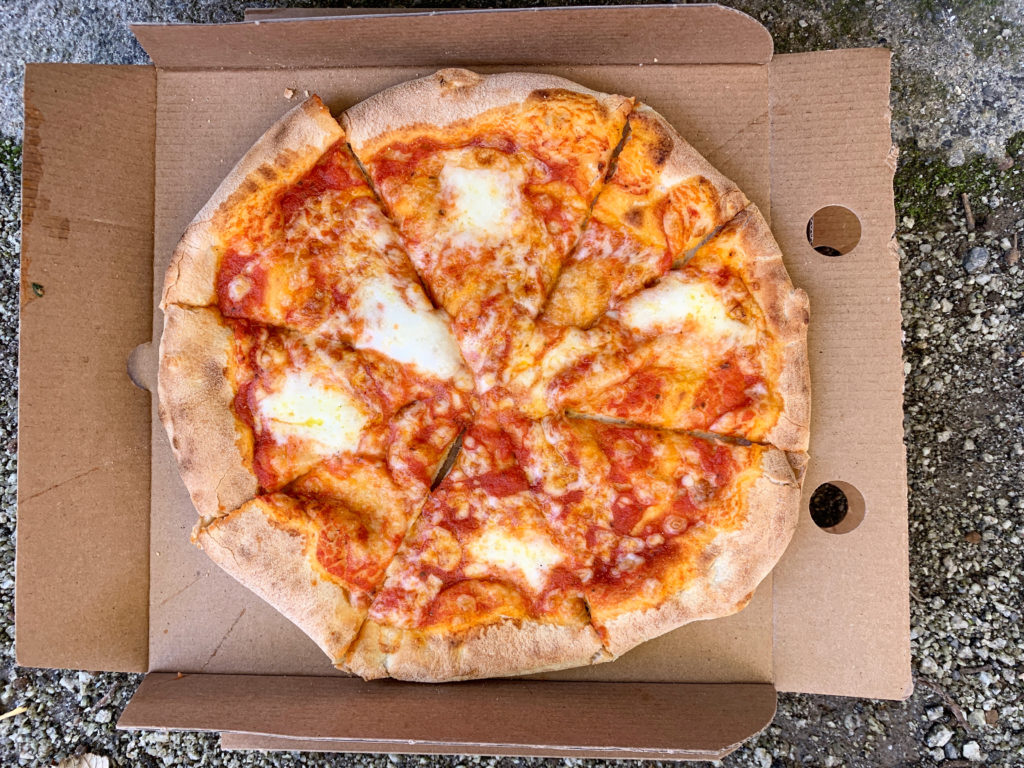 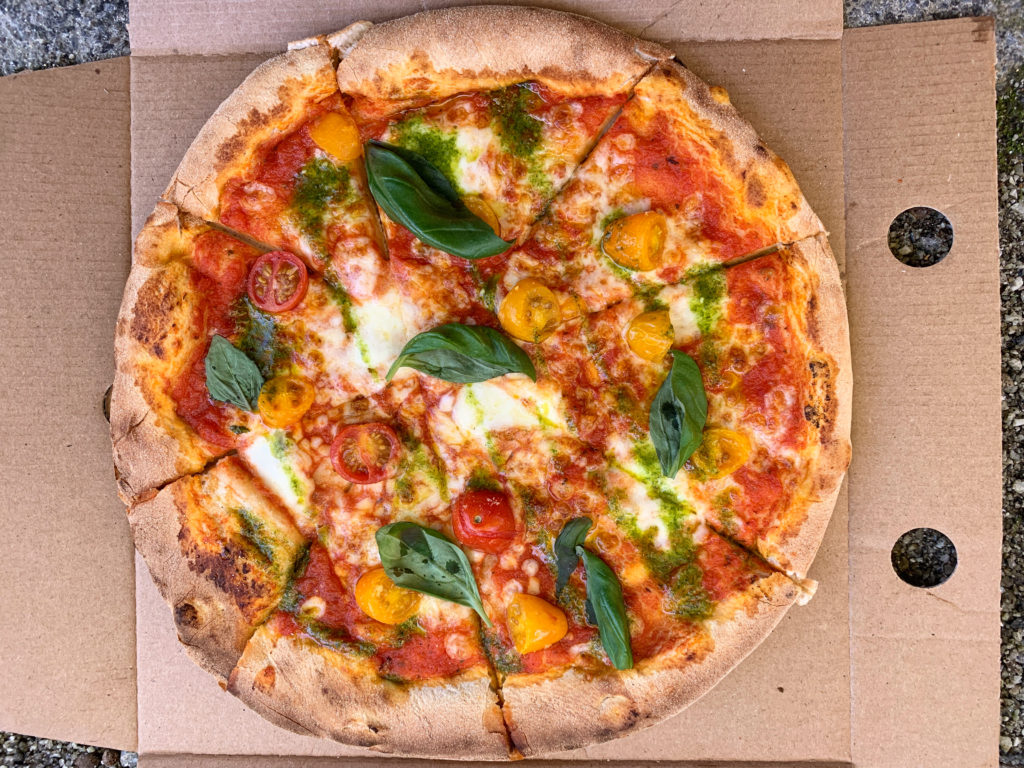 More than anything else, I was just that I was excited to see a pizza vendor in the countryside of Ireland where I mostly expected to be chomping down on soda bread and chugging some Guinness (the latter still took place later that evening). Knockout Pizza isn’t the type of establishment that you need to seek out if you’re visiting Ireland. But if you happen to find yourself in or around Cork, check out their calendar and maybe you’ll discover an awesome Irish market like I came across in Kilkenny.