Greenwood Heights. Believe or not, that’s a neighborhood in Brooklyn. I’m pretty proficient in New York City geography, but even I was unfamiliar with this pocket of land nestled between Park Slope, Sunset Park, and Kensington. It’s very underdeveloped, but with it’s proximity to Prospect Park I wouldn’t be surprised if the gentrification kicks in within the next decade. Although not known as a culinary hot spot either, there have been a couple of notable eating establishments popping up recently including Toby’s Public House. 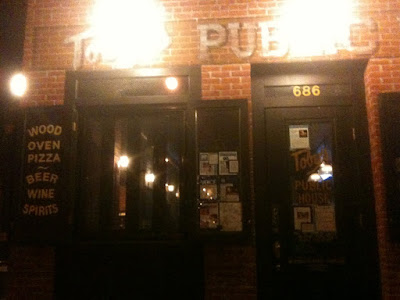 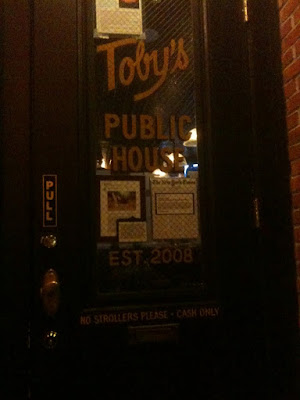 Getting there is a bit of an adventure, especially when it’s cold and dark outside. But amongst abandoned warehouses sits a modest pub-like structure with exposed brick, a friendly staff, and local residents enjoying themselves over cold pints and delicious pizzas. The experience is unlike any other New York City pizza experience because it feels like you’re miles removed from the hustle and bustle of Manhattan. Located on the corner of 6th Avenue and 21st Street in Brooklyn, it’s a 10 minute walk to the closest subway station.

Yet because of the lack of good places to eat in the area, I’d imagine Toby’s is often quite busy as it was on a Thursday evening around 7:00 PM. There was no typical patron at Toby’s either — there were families with their toddlers, businessmen, couples, and locals who sat alone at the bar. If anything, me and Scott (Scott’s Pizzas Tours) were the odd men out — a Manhattanite and a Brooklynite who had trekked out to Toby’s despite there being better pizza closer to each of our homes. In total, the place has seats for about 25 people and an additional 10 spots at the bar. 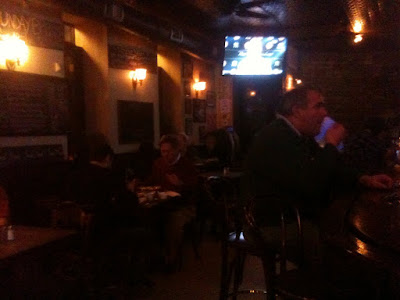 Scott and I ordered two pizzas: a margherita pie (tomato, mozzarella, basil, and olive oil) as well as a smoked pancetta pie (tomato, mozzarella, crimini mushrooms, black garlic). Each were tasty. I particulary liked the crust of each pie — slightly charred, but doughy enough to serve as a solid base for the toppings. The margherita pie could have used a little more basil and the pancetta pie could have used some more mushrooms (my favorite topping), but overall we were both pleased with our selections. 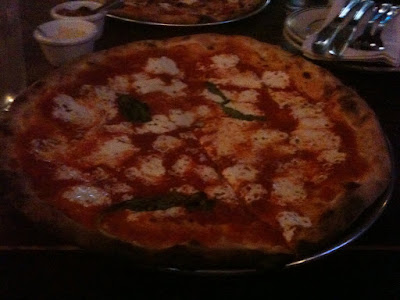 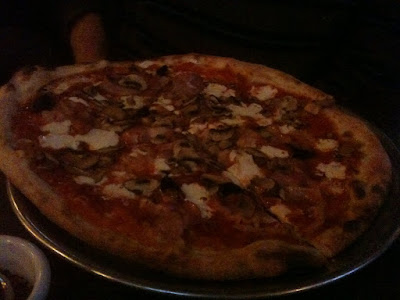 The highlight of the meal, however, was dessert. We ordered a much talked about and highly recommended dessert calzone with ricotta and nutella. It was all we had hoped it would be and more. It was rich, filling, and every bite melted in your mouth. It didn’t look big, but was definitely large enough to satisfy the two of us. There’s definitely a void in the New York City market for baked dessert calzones (where else can you get something like this?) and Toby’s should be an example for other aspiring pizza-esq dessert makers. 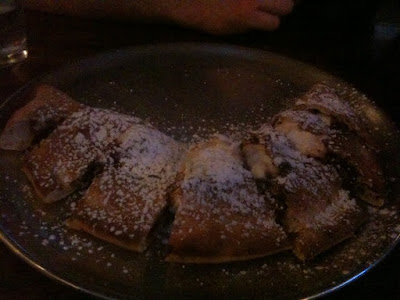