Buenos Aires Pizza Tour — Banchero: Not Worth A Stop

Posted by: I Dream Of Pizza in Argentina, International, Reviews December 2, 2009

Yesterday, I began a four part recap of my pizza experiences in Argentina. The pizza and atmosphere at my second stop — Banchero — couldn’t have possibly been any more different than that at El Cuartito. For starters, it’s important to note that there are multiple locations of Banchero. The originial is located in the La Boca barrio at Suarez 396. There are also locations at Rivadavia 5401 in Caballito, Pueyrredon 123 in Once, and the most centrally located branch at Corrientes 1300. Had I not been pressed for time I would have headed down to La Boca, but because it’s a bit of a trek and not located near any subway stations, I decided to hit up the Corrientes location which was a five minute walk from my hostel.

Even though I arrived at 1PM on a Sunday afternoon just as the place was opening, I was a bit surprised to find that it was completely empty. The day before I’d been at El Cuartito around the same time and it was packed. The Argentina way of life is a bit different than that in the States — dinner is served starting around 10PM and bars stay open until 8AM or later. Still — by 1PM on a Sunday I expected at least a small crowd to be chowing down on some pizza. 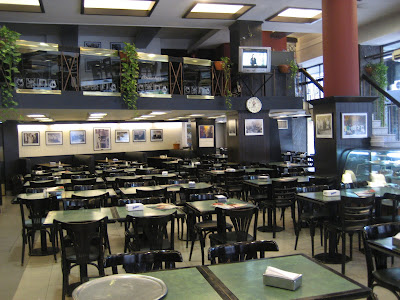 I also had perhaps unrealistically high expectations for Banchero. Afterall, it’s this pizza place that claims to have invented the famous fugazza and fugazzetta slices. According to BuenosAiresTours.com, a man named Don Agustin Banchero arrived in Buenos Aires more than 100 years ago and became one of the first people to sell pizza there. It was at his first pizza place that the fugazza con queso pie was born (sauceless pizza topped with caramelized onions, oregano and seasoning) and a later incarnation with cheese known as fugazzetta soon followed. Now that Argentina has become famous for these slices, I was excited to try them from their source. 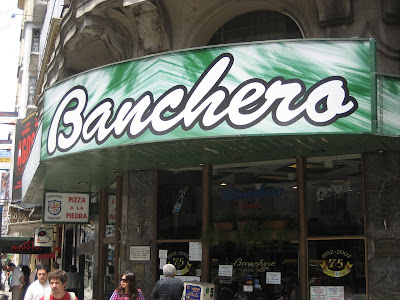 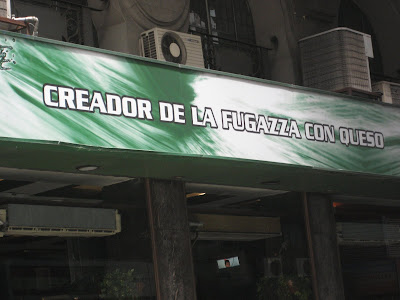 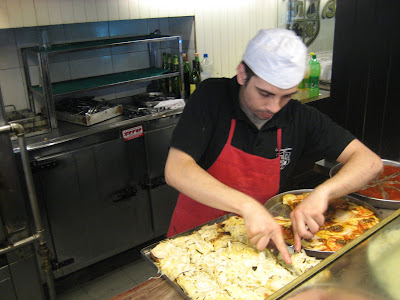 To be blunt, I was extremely dissapointed. I ordered three slices: a fugazzetta, a muzzarella, and a napoletana slice. All were lukewarm and lacked flavor. The slices, especially the fugazetta, barely stuck together and eating them with a knife and fork was a necessity. Here is a shot of what the fugazetta looked like when it was served to me: 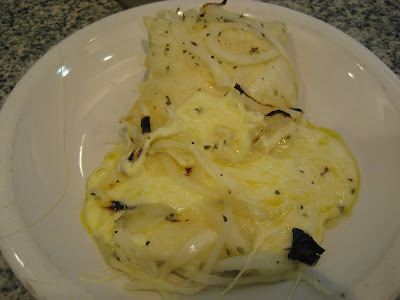 It looks like a blob of cheese on a bit of dough. I sucked it up and worked my way through it with some utensils, but it didn’t compare to that at El Cuartito. 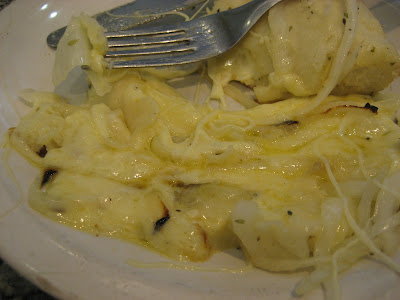 I saw the most potential in the napoletana slice. The flavor was there, but the slice was still inconsistent. The onions tasted bland and once again the toppings overwhelmed the slice causing it to fall apart. 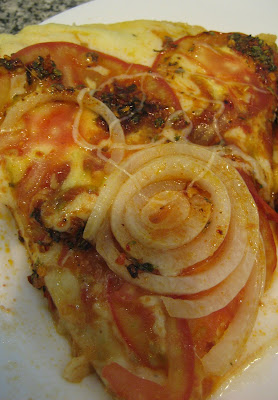 The muzzarella slice (I didn’t notice any muzzarella on it, by the way), was similarly uninspiring. 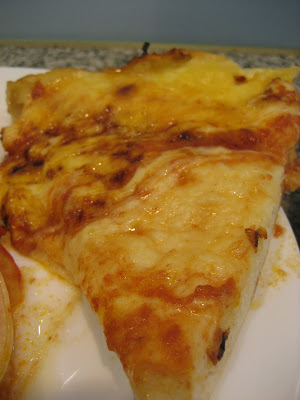 I have many theories on what went wrong at Banchero. For starters, I didn’t go to the original location and I wonder if my experience would have been more positive there. Someone in New York City would never review Totonno based on it’s Manhattan location, so I certainly shouldn’t do the same for Banchero. I also went at perhaps the worst time of day. Honestly, the pizza tasted like it had been left over from the night before. Either that, or the ovens were just warming up. The ovens in the front weren’t being used and the pies that were served to me were brought out from the back. 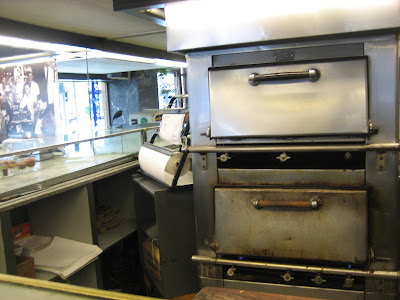 Finally, it’s worth noting that the place had no character and when you lack a warm atmosphere, the pizza really needs to be incredible to compensate. I felt like I was in a college dining hall. Even places like Famiglia try to create a certain type of vibe when you walk in. At Banchero, this was not existent. It didn’t feel authentic. Again, this wasn’t the original location, but you’d think they’d do something to make the place feel a bit more homey.

Below are some photos of the pies that they put out while I was there. Some look appetizing. Others not so much. But even if Banchero seems like must-try stop on any Buenos Aires pizza tour, I’d say you won’t be missing much if you skip it. If anyone checks out the location in La Boca and has a drastically different experience, I’d be excited to hear about it. Comments, por favor! 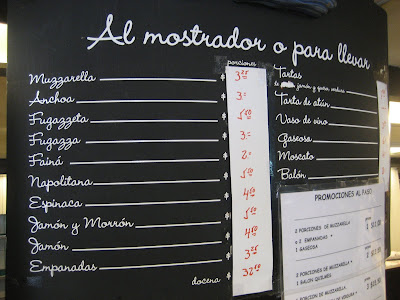 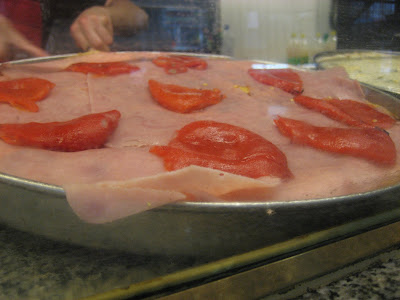 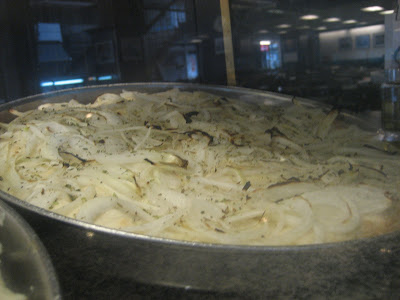 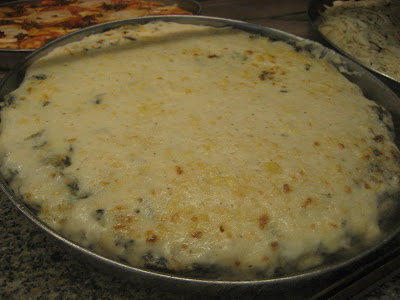 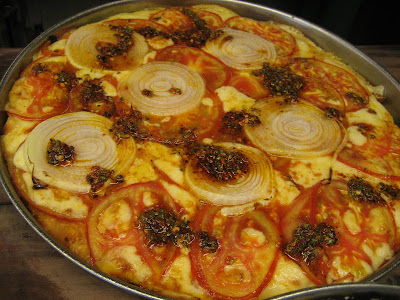