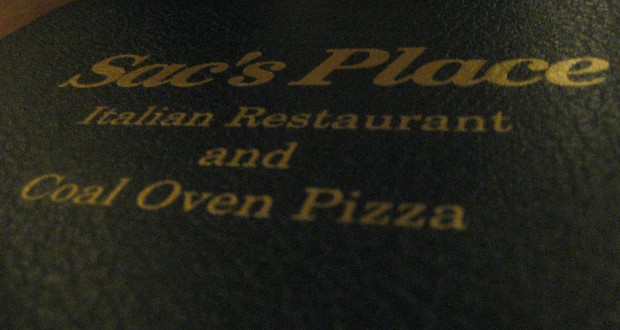 To be honest, Queens does not get much love on this site. No, I don’t have anything against the borough, but there’s just not that much great pizza there. New pizza shops have been taking over coveted storefronts in Manhattan and Brooklyn, which has left a void in a borough that is in desperate need …

Summary : In the underwhelming pizza borough known as Queens, Sac's succeeds at serving sufficiently delicious pies. It's not a destination pizza place, but if you live in the hood it's worth checking out.

To be honest, Queens does not get much love on this site. No, I don’t have anything against the borough, but there’s just not that much great pizza there. New pizza shops have been taking over coveted storefronts in Manhattan and Brooklyn, which has left a void in a borough that is in desperate need of some standout pizza places.

There is certainly quality pizza in Queens. But there are no destination places — somewhere that it is worth traveling to from another borough. Queens has lots of great food. From Jackson Diner to Kabob Cafe — it’s a true melting pot of high quality, authentic ethic food. Yet it still lacks great pizza. Mamma mia!

It just so happens that a lot of my friends live in Astoria, so I though I owed it to them to organize a Pizza Club outing there. After all, they’ve spent hours traveling around every other borough for pizza over the past few years. It was about time that Pizza Club hit up Queens. I’d read a number of good reviews of Sac’s Place (2541 Broadway), so we decided to head there and give it a shot.

(It’s worth noting that the second pizza club ever took place at Nick’s in Forrest Hills… but that was so long ago this blog didn’t even exist!) 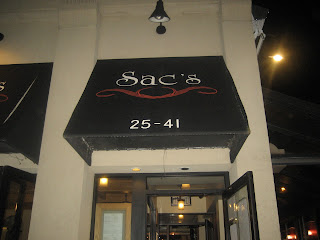 The place wasn’t particularly crowded on a Tuesday night and it was easy to accommodate our party of ten. Although you can order from a full menu, the pizza options are quite sparse for a place that has gotten such accolades for it’s pies. There were five options:
Cheese Pie 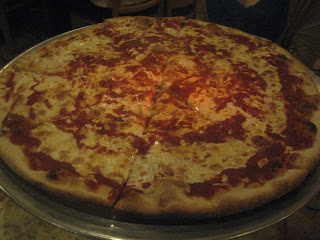 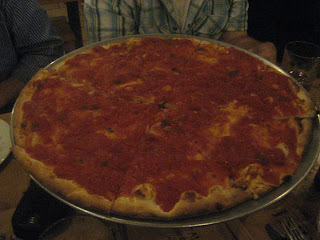 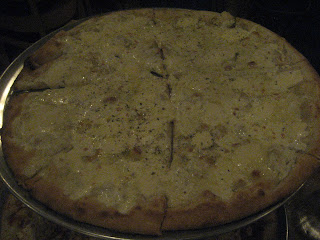 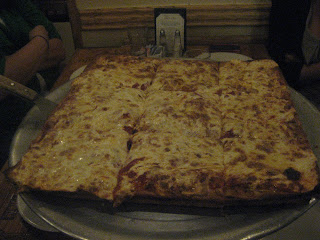 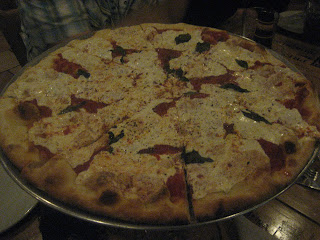 All of the pies were tasty, with the White Pie being the most disappointing (and the most expensive at $18.95). As indicated by the small menu, Sac’s likes to keep things simple. They don’t complicate things with crazy topping concoctions. But what they do… they do well. There’s nothing revolutionary about their pizza. And it’s certainly not good enough to recommend that someone go out of their way to dine there. But for locals looking to grab some quality pizza — it’s definitely a good spot. I’m not too familiar with other pizza options in the area, but I have to imagine this spot ranks among the best.

The menu might irk some folks though. It notes that there is a $10 minimum per person, which I rarely see on menus at this type of local establishment. It also states that there pizza is “world renowned” which could mean that someone from another country once dined there and liked the food. It’s unclear how such verbiage might help business. There are also ten “Specialty Toppings” you can get on your pie. If they’re all special… then none of them are actually special. It’s little things like this that make you think Sac’s is trying just a bit too hard.

The spot, however, has the potential to succeed. There’s not much competition in the area. They have a beautiful coal oven and the place itself has some character — especially at the bar when you walk in. Their pies are a little pricey, but as the price of pies creep up in the outer boroughs, dropping $20.00 on some pizza won’t make you flinch soon.

Many of our group members were not so impressed, but I imagine that they may be subconsciously comparing Sac’s to other places that Pizza Club has been to this year… not other pizza options in the area. In fact, Sac’s is probably one of the worst places Pizza Club has visited recently. But that doesn’t say much. We usually hit up the best places. And if Sac’s is the worst of the best… well then I think everyone goes home happy. 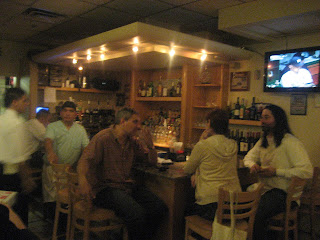 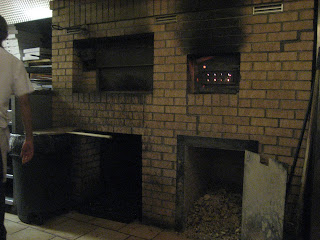