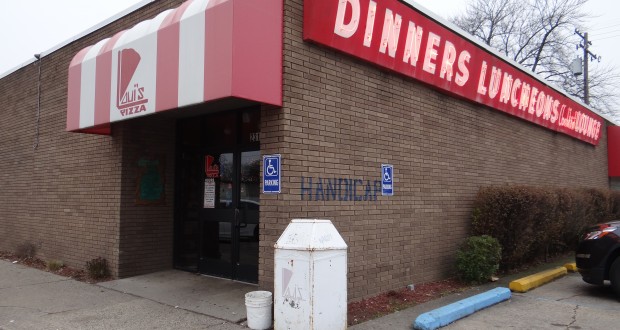 Buddy’s wasn’t the only stop on my recent one-day whirlwind pizza tour of Detroit (thanks to the folks at Chowzter). After visiting the iconic pizzeria, located about a 10 minute drive north of downtown Detroit, I continued up Conant Avenue for an additional three miles. Marked by a sprawling billboard along a mostly abandoned road …

Summary : Loui's is a second tier Detroit-style pizza spot. Their legendary pies were a bit too heavy and cheesy for me.

Buddy’s wasn’t the only stop on my recent one-day whirlwind pizza tour of Detroit (thanks to the folks at Chowzter). After visiting the iconic pizzeria, located about a 10 minute drive north of downtown Detroit, I continued up Conant Avenue for an additional three miles. Marked by a sprawling billboard along a mostly abandoned road was Loui’s (23141 Dequindre Road). Loui’s hasn’t quite gotten the national recognition and accolades that Buddy’s has… and for good reason. It’s not as good. But I did want somewhere to compare with Buddy’s and Loui’s is generally considered one of the better Detroit-style pizza spots.

As Loui’s is on the same road as Buddy’s (although the name changes from Conant Avenue to Dequindre Road once you drive north of 8 Mile Road), it is also run down in the area. There are some gas stations, shops, and liquor stores. But the area is not built up and frankly, looks depressed. Except for a charming old school pizza place that opened back in 1977. 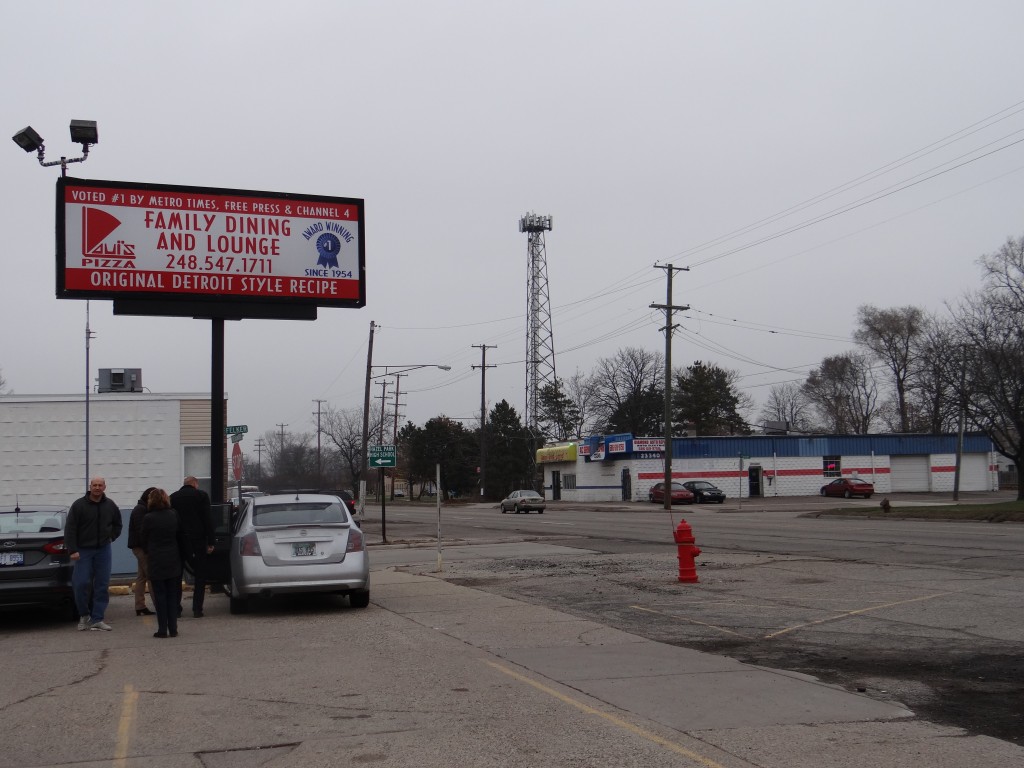 Loui’s is very big inside — I’d estimate they could seat a couple of hundred people. And it has a lot of character to it. The most notable decorations are thousands of straw-wrapped bottles of Chianti bottles that patrons have autographed and hung around the restaurant over the years. As it was around the holidays when I was there, it felt very festive with the addition of Christmas lights. Since I was having a second lunch around 3PM, the place was mostly empty. 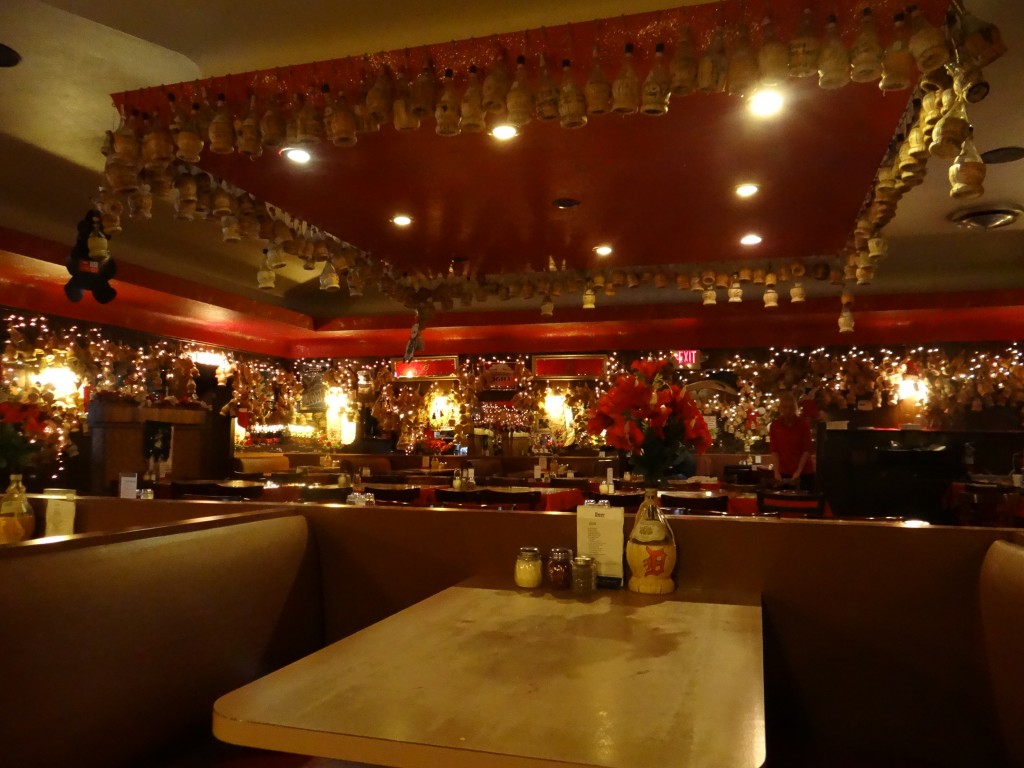 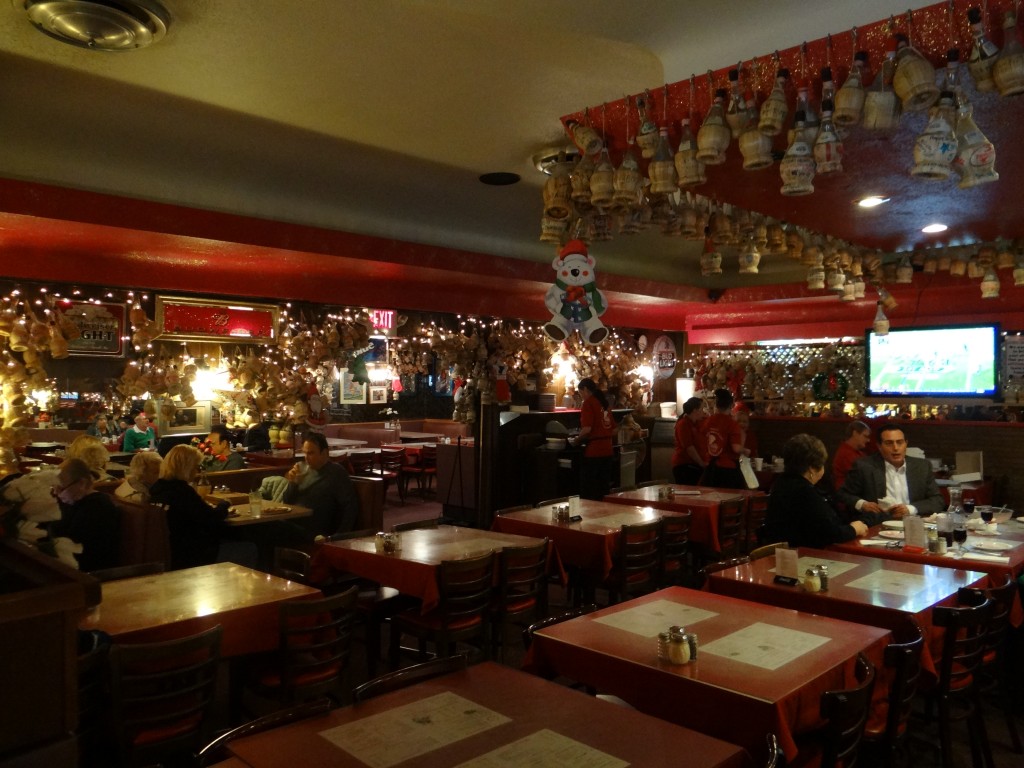 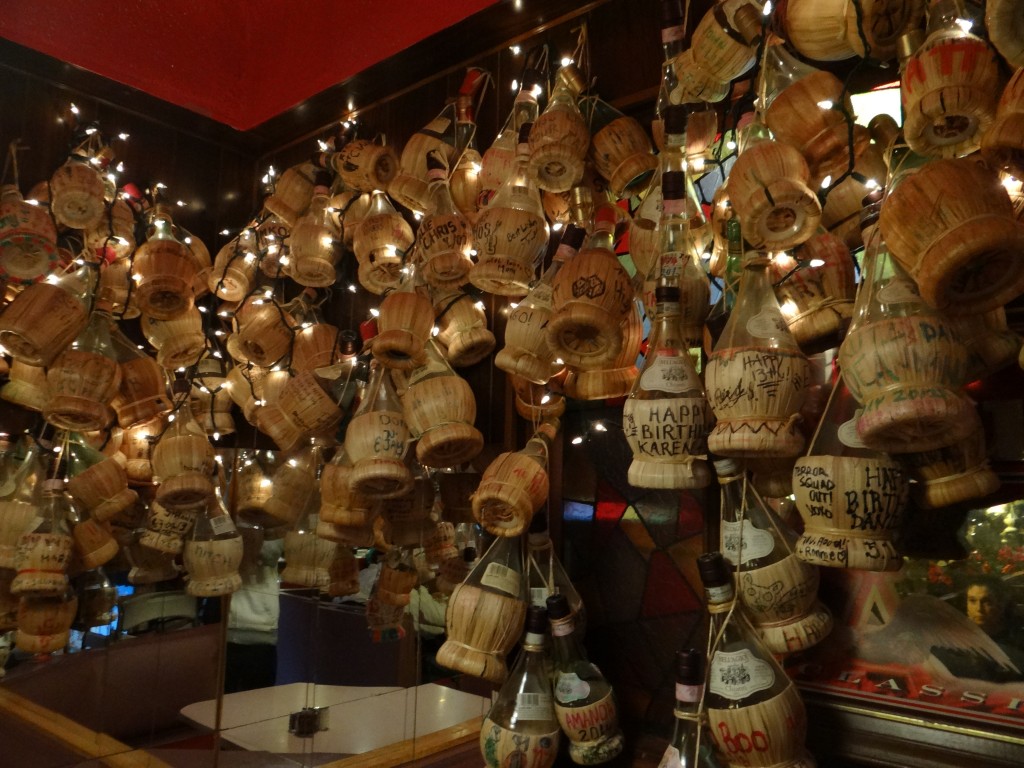 Perhaps the fact that I’d just stuffed myself at Buddy’s had something to do with it, but I wasn’t a big fan of the pizza at Loui’s. I ordered one small cheese and tomato sauce pie which was $10.00 (a large runs $16.45).  As I dug in, I couldn’t handle the cheese. It felt very much like a deep dish pie in terms of how heavy it was. Globs and globs of cheese masked the flavor of the tomato sauce. As you can see, there was just so much cheese it made it really tough to eat. 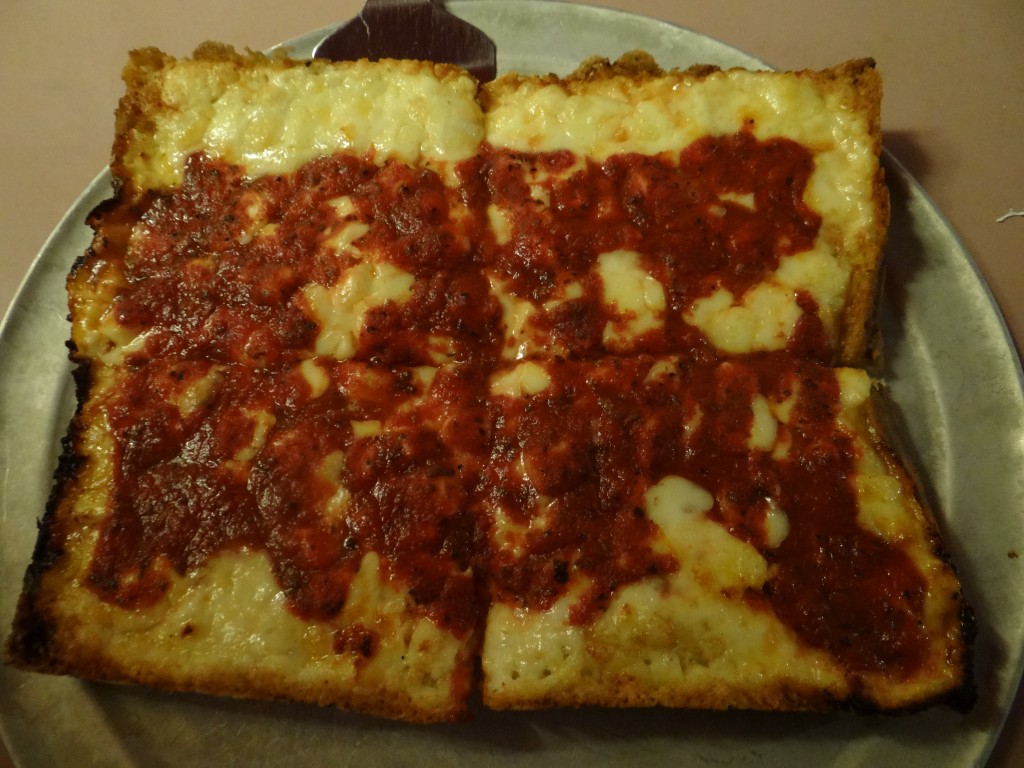 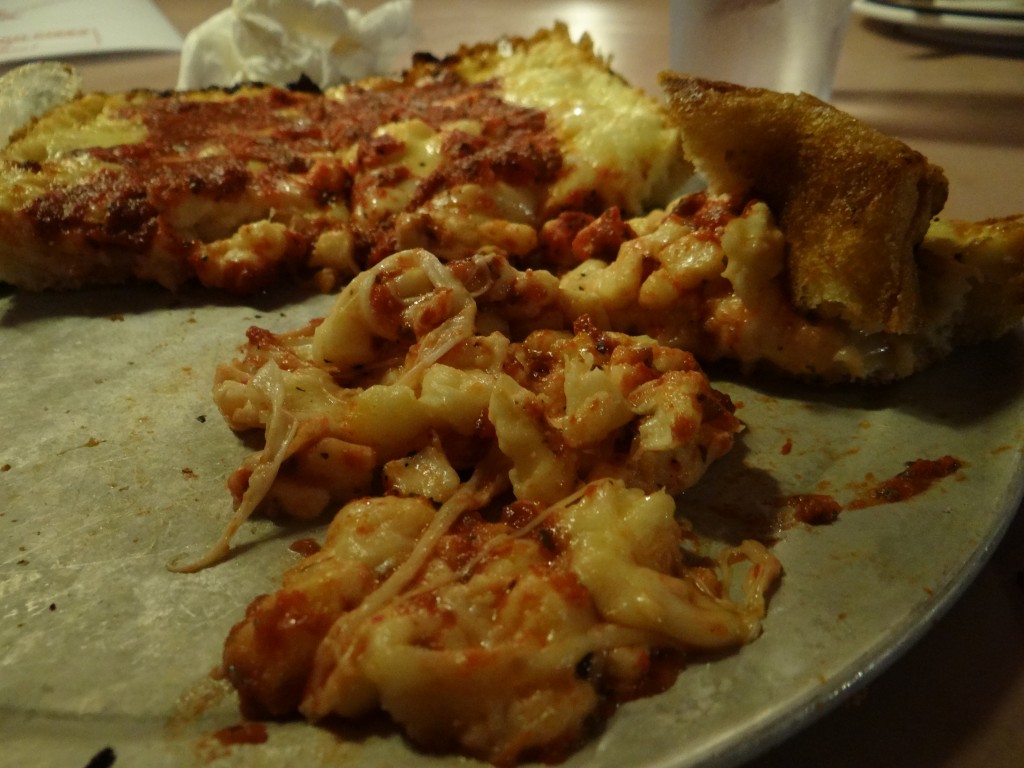 Loui’s has been around for almost 40 years. So they must be doing something right. I’m willing to give them the benefit of the doubt here. But on this particular Sunday, their pizza was a little too much for me to handle. Maybe next time I’m in Detroit, I’ll visit them on an empty stomach.