Today, The New York Times dining section previewed three new pizza places: Paulie Gee’s which opened in March, Totale Pizza which opened in June, and Olio Pizza e Piu which opened a couple of weeks ago. Of the three, I’ve only been to Paulie’s (although I’m planning on taking advantage of Totale’s $5.00 special very soon), so I can’t comment in great depth on the piece. But I will say that the article short changed Paulie Gee’s, one of my favorite places in the city. The article reads:

Another night the Honey Jones ($16) was a wallflower, tasting like nothing at all despite the triple threat of gorgonzola, prosciutto and honey from “Megan the beekeeper.” You want more from a restaurant so proud of its ingredients, and which puts so much care into its food.

I’ve been to Paulie’s many times with different groups of friends and the Honey Jones has been a hit every time. Hopefully it stays on the menu and potential customers don’t get too hung up on the fact that this particular New York Times writer didn’t like a specific pie there. Paulie has gotten so much other great press, it’s unfortunate that The New York Times wasn’t consistent with other reviews. 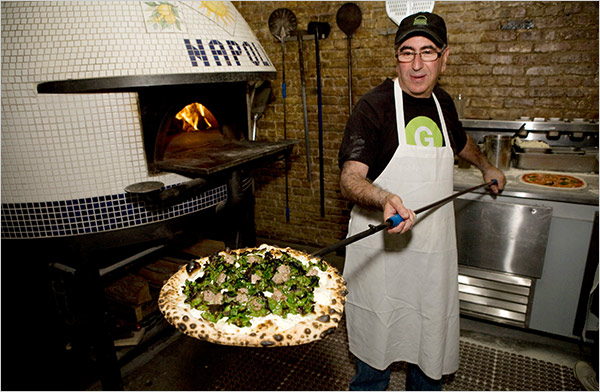 Previous: My First Ever Homemade Pizza: Simply Delicious
Next: Pizza Cups? Get Your Recipe Here!