Posted by: I Dream Of Pizza in Argentina, International, Reviews December 4, 2009

Stop three on my Buenos Aires pizza tour was El Palacio De La Pizza (Corrientes 751). As you might have guessed, that aptly translates as The Palace Of The Pizza. If I were ever to live in a palace it would, in fact, be a palace of pizza. Despite the arguably corny name I didn’t have particularly high expectations for this place. After the previous day’s letdown at Banchero though, I knew it wouldn’t be difficult to be at least somewhat satisfied with my experience. I was pleasantly surprised by the quality of the pizza at El Palacio. It wasn’t quite as good as El Cuartito, but it was without doubt my second favorite pizza place in Buenos Aires.

I arrived around 10PM on a Monday night, which is prime dinner time in Buenos Aires. The tables up front were oddly empty and the back room was only partially full. It had a bit more of a pizzeria vibe than Banchero, but wasn’t nearly as homey as El Cuartito. El Palacio was the only place at which the counter for eating slices was the actual counter where you placed your orders. The previous two places I’d been had a separate counter area overlooking the restaurant, but eating a slice standing up facing the guy behind the register who served it to you didn’t feel particularly comforting. 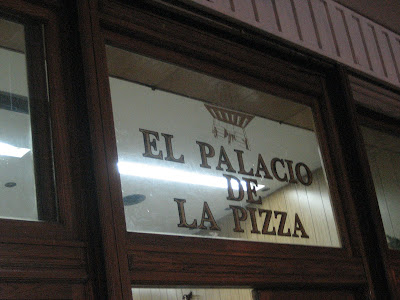 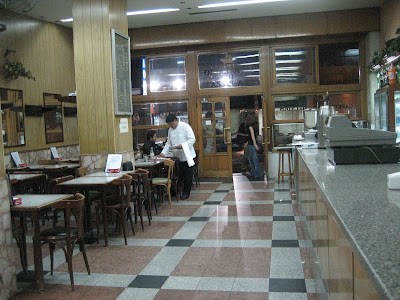 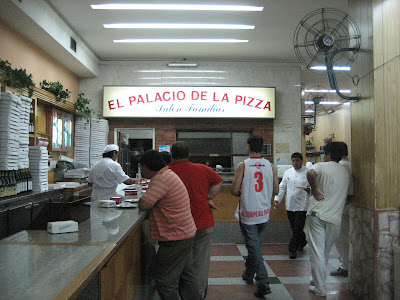 Another interesting aspect about El Palacio was that they display their desserts in the front window of the pizzeria. For a place with pizza in it’s name, I found this a little peculiar. Perhaps they are aiming to bring in tourists who are aimlessly walking by. Since there are other pizza places on the block, this might give them an edge as far as business goes. I didn’t try any of the desserts — the pizza was incredibly filling — but they looked appetizing. 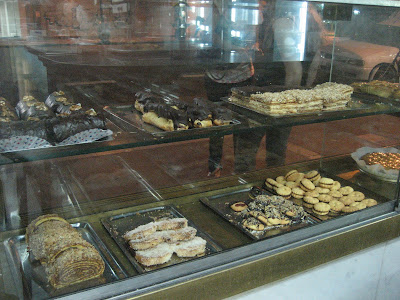 As for the pizza — I ordered one fugazetta slice and one napolitana slice. The best part about both slices was the consistency with which they stayed together. The cheese didn’t overwhelm the fugazetta slice as was the case at Banchero, as well as at my next stop at Las Cuartetas. The ratio of cheese to onions was right on the money and it was possible to eat the slice without using a knife and fork (which were offered to me, by the way). This was my favorite fugazetta slice on Corrientes Avenue — the mecca of pizza in Buenos Aires. Once again, the second slice I ordered served as a nice counterpart to the main attraction, but it’s not worth going here just for the napolitana slice. The tomato based sauce was flavorful and the spices complimented it nicely. 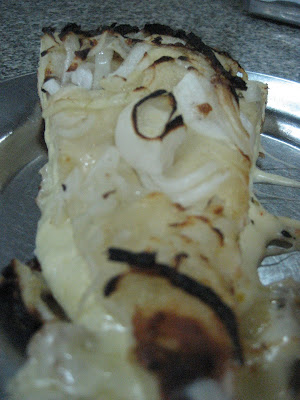 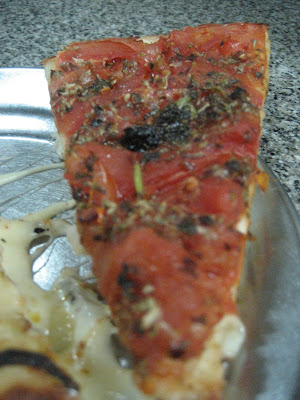 Perhaps the most appetizing looking pizza pie that I saw during my trip was the fugazetta pie at El Palacio. Sitting on the counter, it looked as I’d imagined it should. Thick and cheesy with slightly charred onions on top. If I were to open an Argentinian pizza shop in New York City, my pies would look exactly like this. 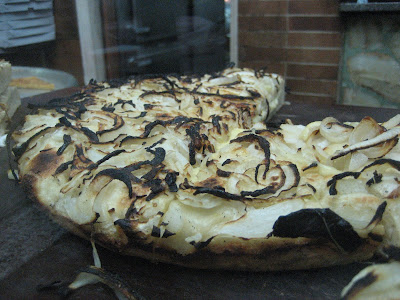 I considered getting some dessert on the way out, but then I realized that was only space I could be using for more pizza. And it’s on that note that I walked across the street to Las Cuartetas — the final stop on my Buenos Aires pizza tour. But first, some more photos of El Palacio: 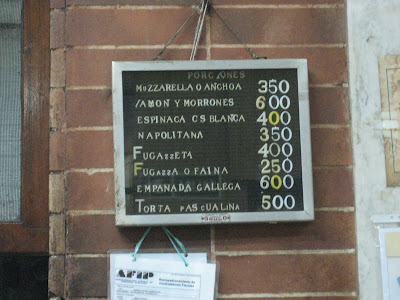 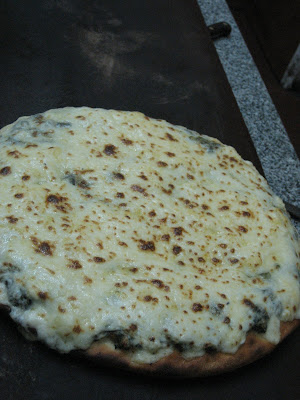 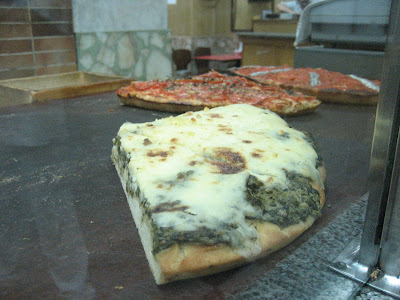 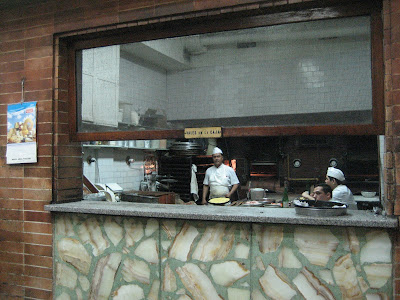