Posted by: I Dream Of Pizza in Cuba, International, Reviews January 21, 2013

I recently returned from a week-long trip to Cuba with Columbia Business School. As you may know, it’s nearly impossible for US citizens to travel to Cuba without an organized group (doing so, would require going through another country, like Mexico, although you better hope they don’t stamp your passport). One type of group that …

Summary : The pizza here was decent and the setup in the backyard was lovely. It's impressive what can be done food-wise in a country with limited resources.

I recently returned from a week-long trip to Cuba with Columbia Business School. As you may know, it’s nearly impossible for US citizens to travel to Cuba without an organized group (doing so, would require going through another country, like Mexico, although you better hope they don’t stamp your passport). One type of group that is permitted to travel directly from the US is educational tours. An independent study I did with 13 others students culminated in our trip.

Now let’s be honest. There was no way I was going to visit Cuba and not have some pizza. What surprised me, actually, was how prevalent pizza was there. I always speak of the universality of pizza, but that was reinforced by seeing the number of places servicing pizza in a country that has been mostly cut off from the rest of the world for nearly a half century.

The best pizza place I visited was a paladar named La Carboncita (Calle 3ra 3804 e/ 38 y 40) in the Miramar district of Havana. The area is a residential district which appears to be a bit more upscale than other areas of the city (although wealth is a complicated subject in Cuba). Before I delve into the pizza itself, there is some important background information about life in Cuba which is necessary to understand. 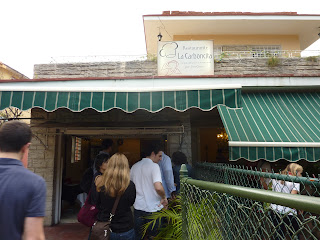 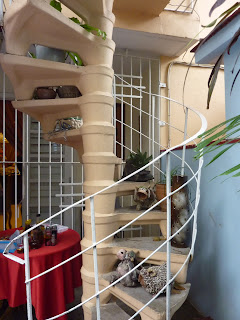 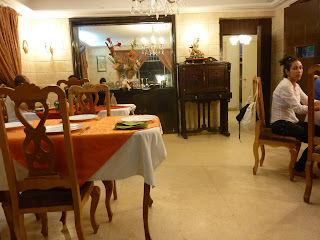 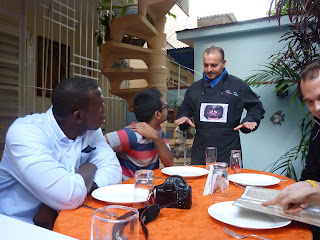 Second, there are two types of currencies in Cuba — the Cuban Peso (CUP) and the Convertible Cuban Peso (CUC). One CUC is roughly equivalent to one US dollar and worth 24 Cuban Pesos. Often times establishments won’t specify which type of currency the price of an item is listed as, but since one currency is 24 times as valuable as the other, it’s implicit which currency to pay in. This is not necessarily obvious to a foreigner. For example, I often saw personal pizza pies being sold in the street for 10.00. Now in New York, it wouldn’t be completely unfathomable for a personal pie (at a place like Pizza Moto) to be sold for $10.00 US dollars. But in Cuba, pizza is sold in the street for 10.00 CUP… not 10.00 CUC. In other words, it costs the equivalent of about $0.40 US cents. Generally upscale establishments… and especially those catering to tourists… accept CUCs as was the case at La Carboncita.

In addition to a handful of pastas, our group ordered seven of the twelve pizzas on the menu. Navigating the menu in Spanish wasn’t necessarily easy, as a number of pizza toppings surprised me when they arrived. The pies ranged from 5.00 CUC – 11.00 CUC, cheap by American standards, but on the pricey side for an average Cuban citizen.

The most simple pie was the Pizza Margherita, no different from what you might find in the US. The tomato, cheese, and basil were all done well and the crust had a slight crunch and char to it. The Pizza 4 Quesos was similarly simple, yet tasty. The cheese on each pie had a oily flavor to it — it’s unclear if that was from oil poured on the pie after it came out, or was a characteristic of the cheese used. The least appetizing pie of the night appeared to be the Pizza Capricciosa which contained some half dozen toppings: olives, ham, mushrooms, cheese etc — not quite the deliciousness which I expected to come out. The ham did not look good. I didn’t even try it out.

If you’re in Cuba and craving Italian food, I would definitely recommend La Carboncita. The pastas were tasty too and quite large portions. After a few days of mostly rice, beans and chicken, this meal was a nice change of pace. Some of my fellow travelers even deemed it the best meal they had on the trip — at least the best value. As more private restaurants open up throughout the country in the coming years it will be interesting to see how the food landscape changes. I wouldn’t be surprised if we see more spots like La Carboncita opening their doors. There are bound to be aspiring home pizzaiolos who can’t wait to show off their skills in the public eye. And maybe soon, it will be easier for American tourists to try pizza down there as well. 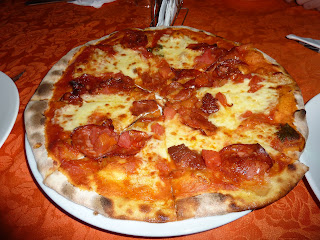 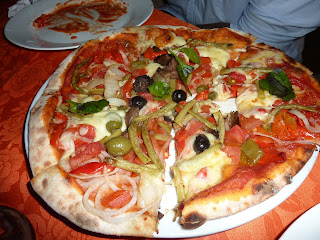 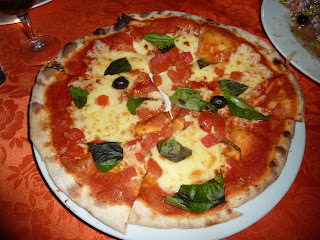 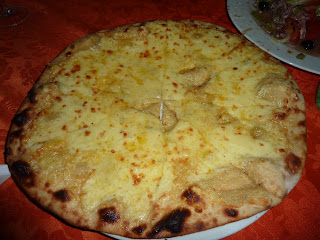 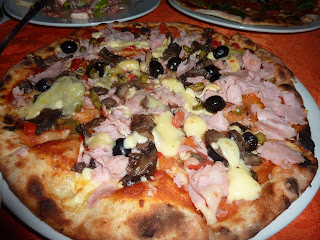 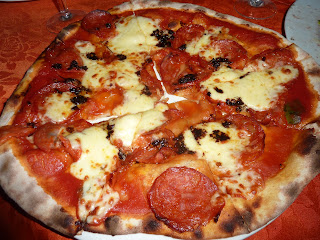