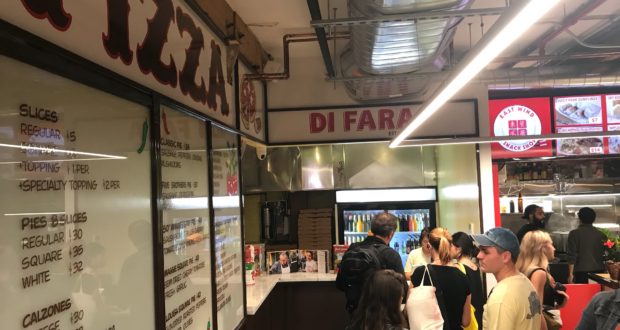 Di Fara (aka the best pizza on the planet) quietly opened its first ever outpost at North 3rd Street Market in Williamsburg yesterday. The brand new food hall boasts about a dozen stalls, none as renowned as the legendary pizzeria. Although this has been in the works for many months, there were no crowds around dinnertime on opening day. Pro tip: go get yourself some pizza from Di Fara before word gets out and the lines and wait time begin to rival that of the original location in Midwood, Brooklyn.

Here are some things to know before you go:

The pies are similar to those served in Midwood, but a lot of the popular topping combinations have been given proper names and are explicitly featured on the menu board. The prices are similar to Midwood too — with slices starting at $5 and full pies starting at $30. I ordered a “Maggie Square Pie” — named after Dom’s daughter – which cost $40.

Speaking of the master, it sounds like Dom will be present from time to time at the Williamsburg outpost, perhaps as early as next week.

It’s impressive that after more than 50 years operating out of a singular location that Di Fara was able to recreate its pizza (and even a little ambiance – check out that signage!) in North Brooklyn. It’s only a matter of time until the crowds start pouring in. 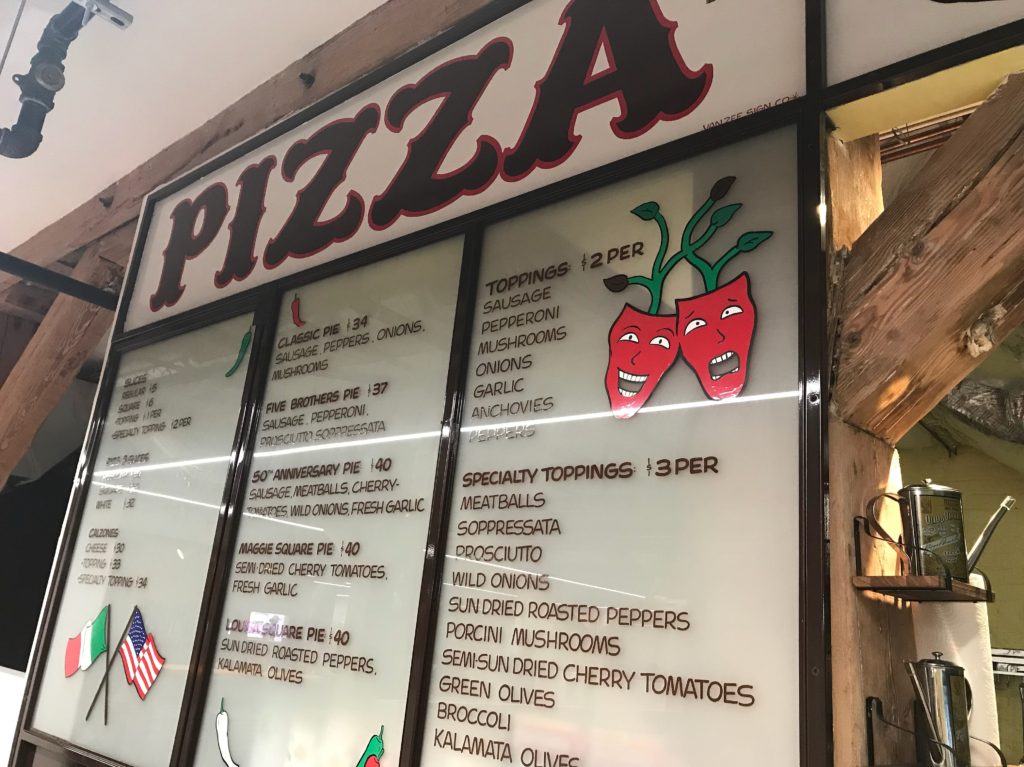 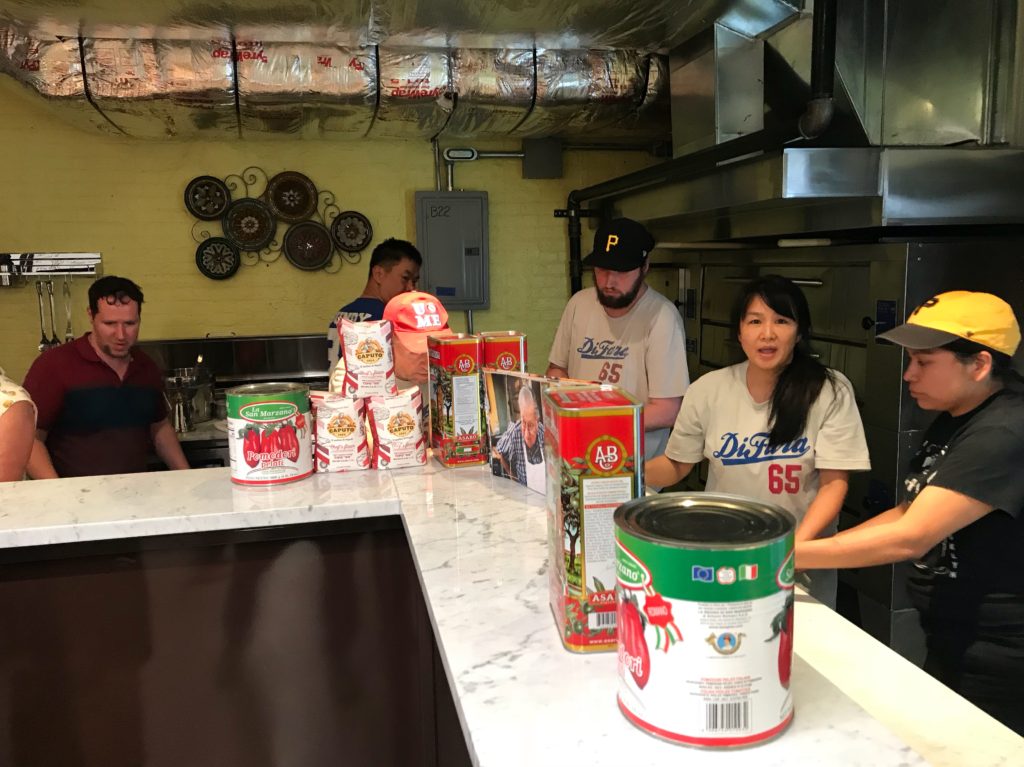 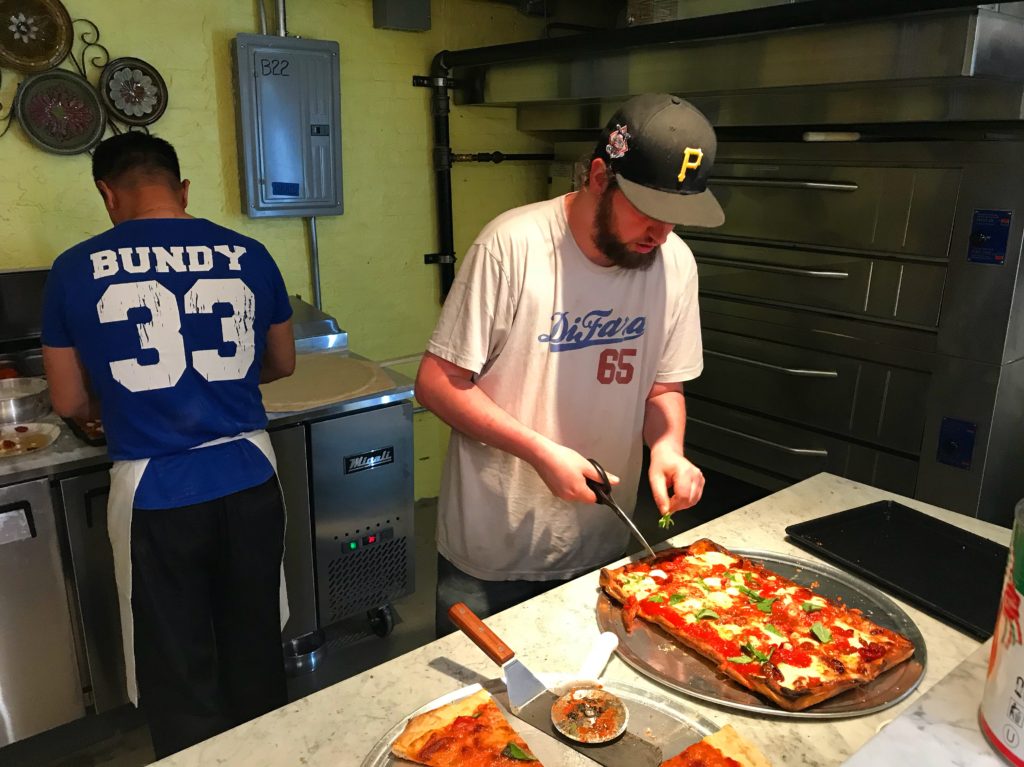 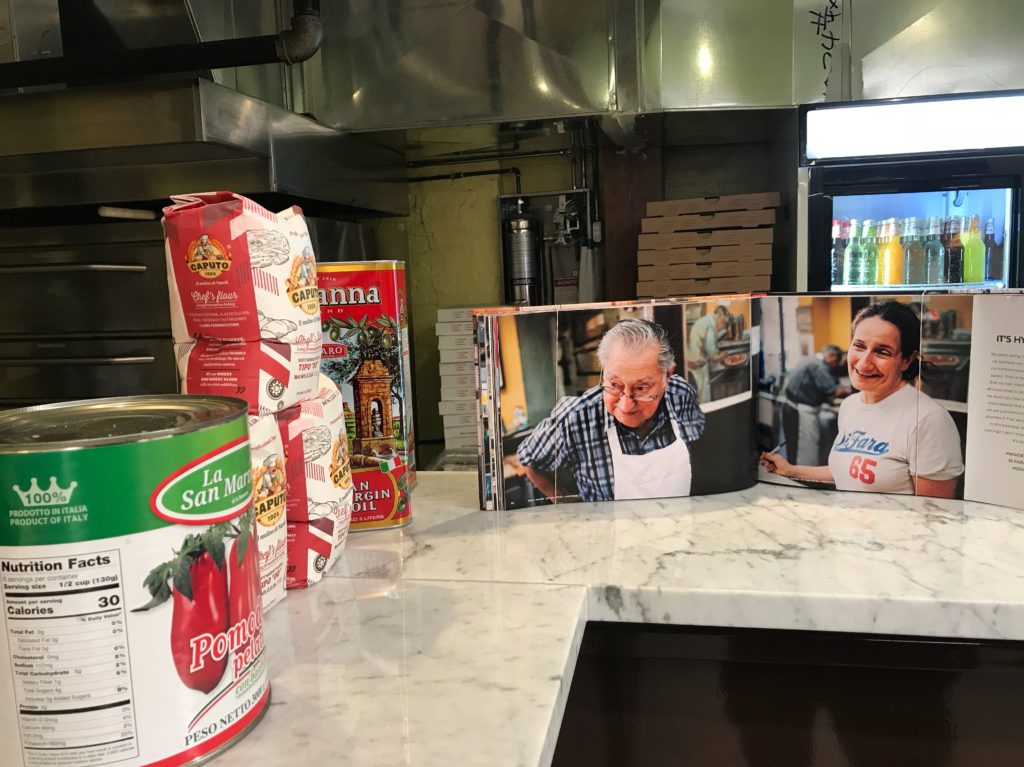 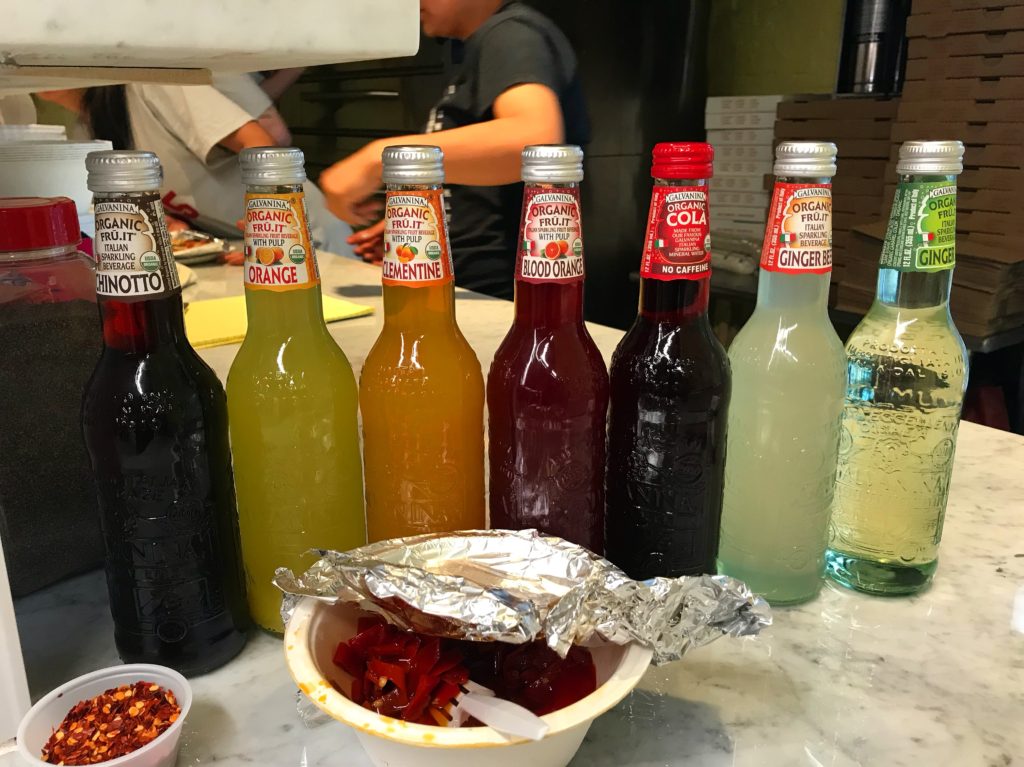 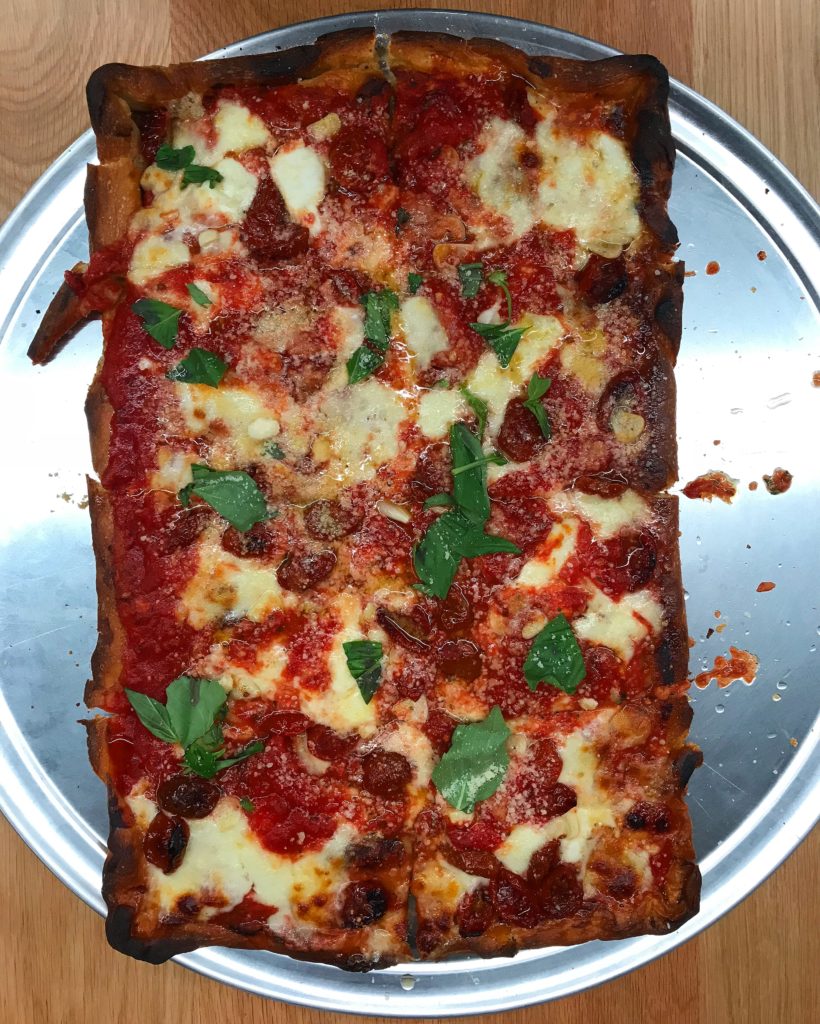 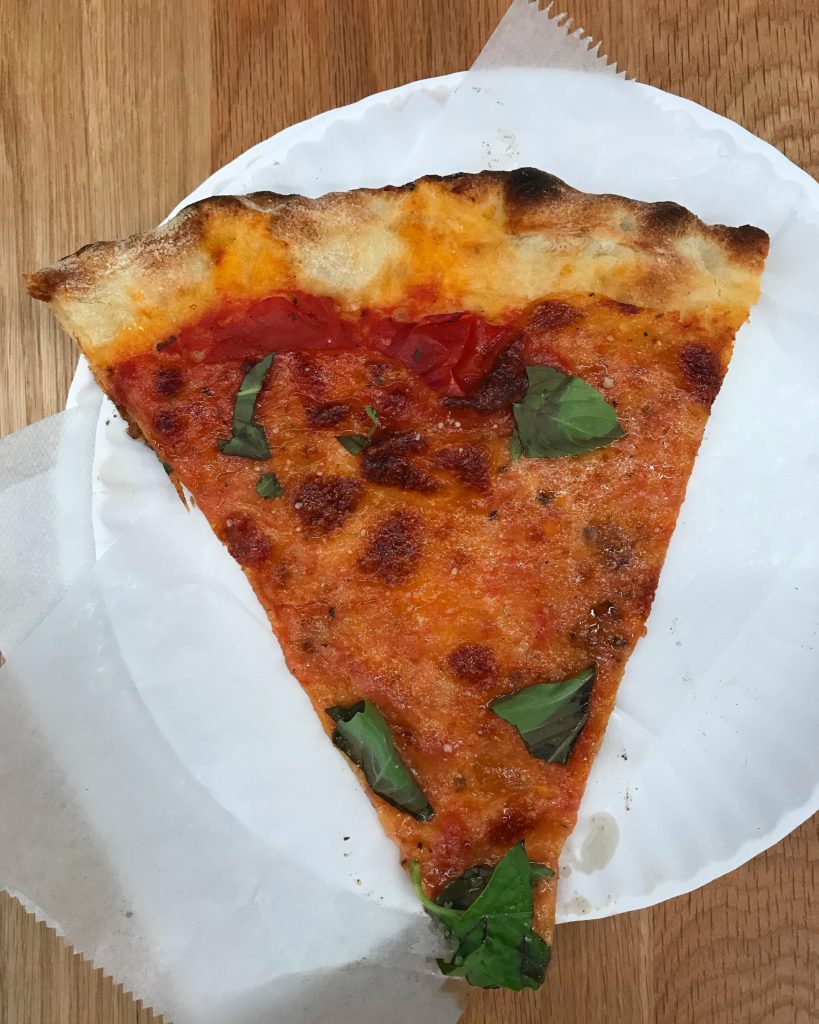 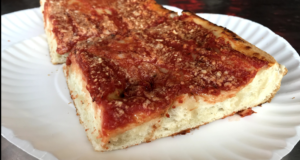 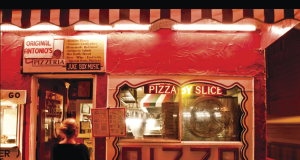 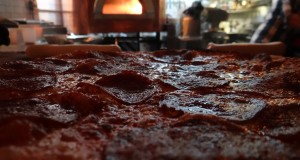